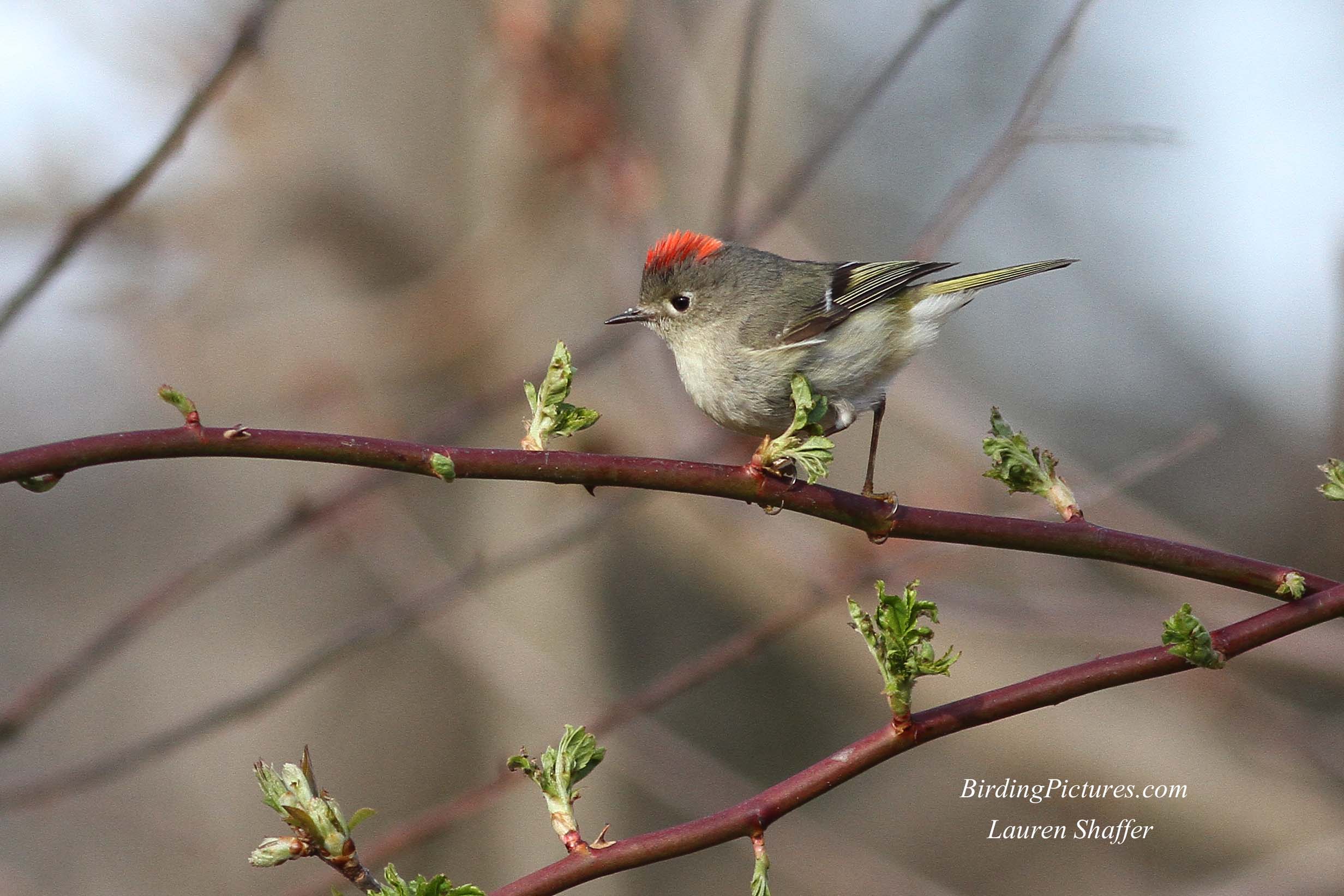 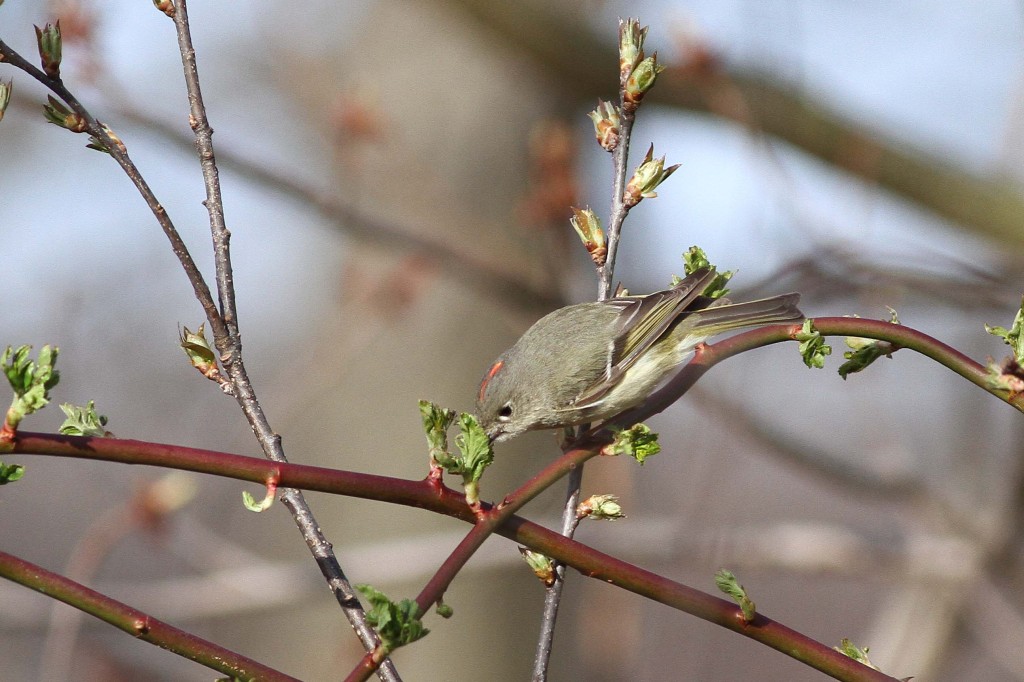 Ruby-crowned Kinglet is a tiny, active bird, even smaller than a warbler.  Its ruby crown is usually hidden, but this little guy was singing in the multi-flora rose and he was excited enough to show a red-orange stripe on top of his head.  After I played his song only once, it became excited enough to raise his crown completely; the first time I’ve been able to catch it in a photo.  He quickly went back to flicking his wings and foraging in the buds of the thorny bush he was perched in, but kept his ruby crown raised. 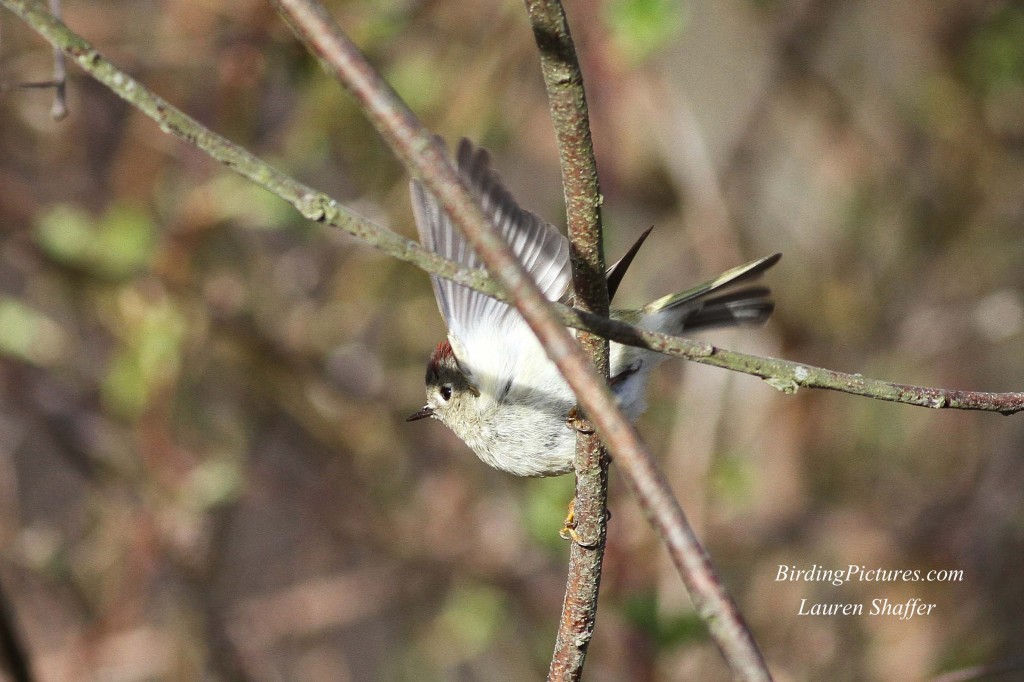 I’ve seen other birds peek at me before, but this Ruby-crowned Kinglet was a master!  I got at least a half dozen shots of him peeking out at me behind different branches! 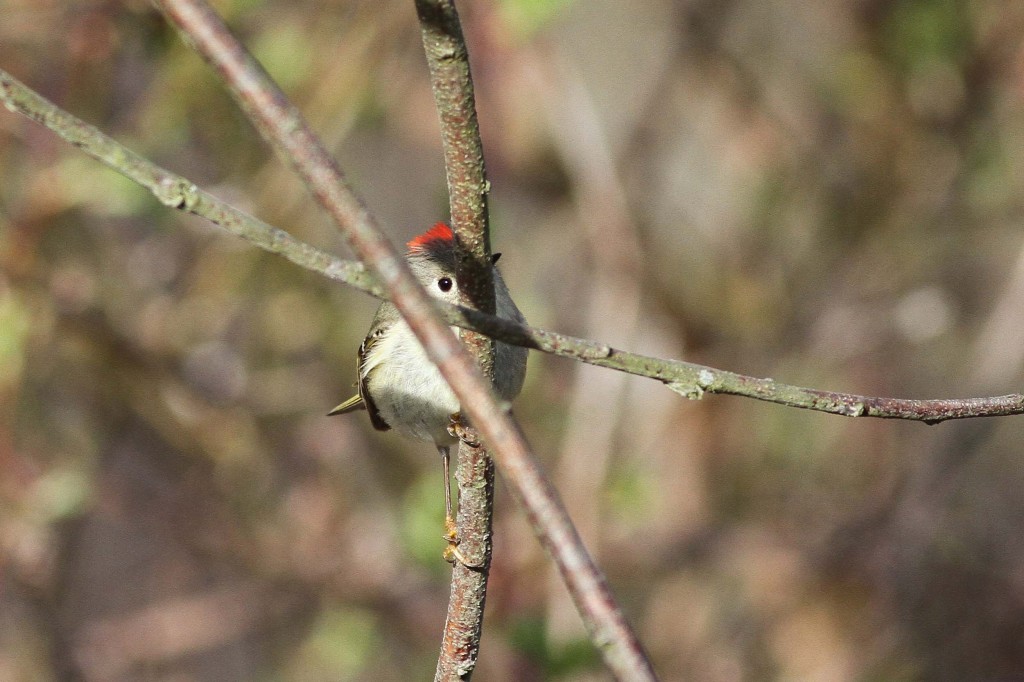 For some reason, the camera’s focus is only on the Kinglet’s feet here as he takes a flying leap to the next branch. 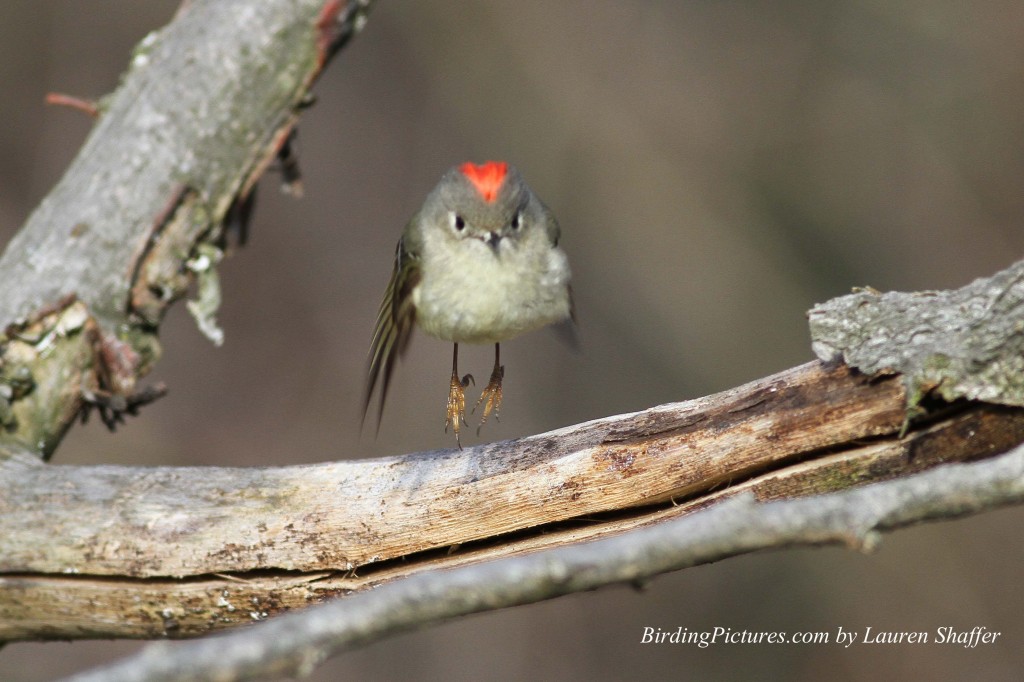 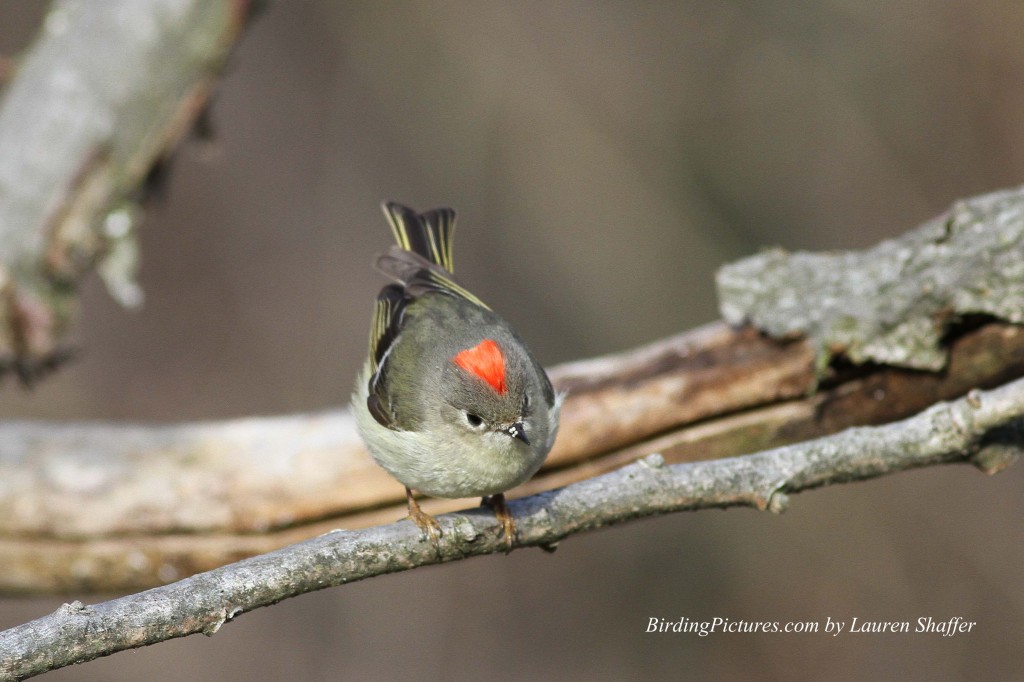 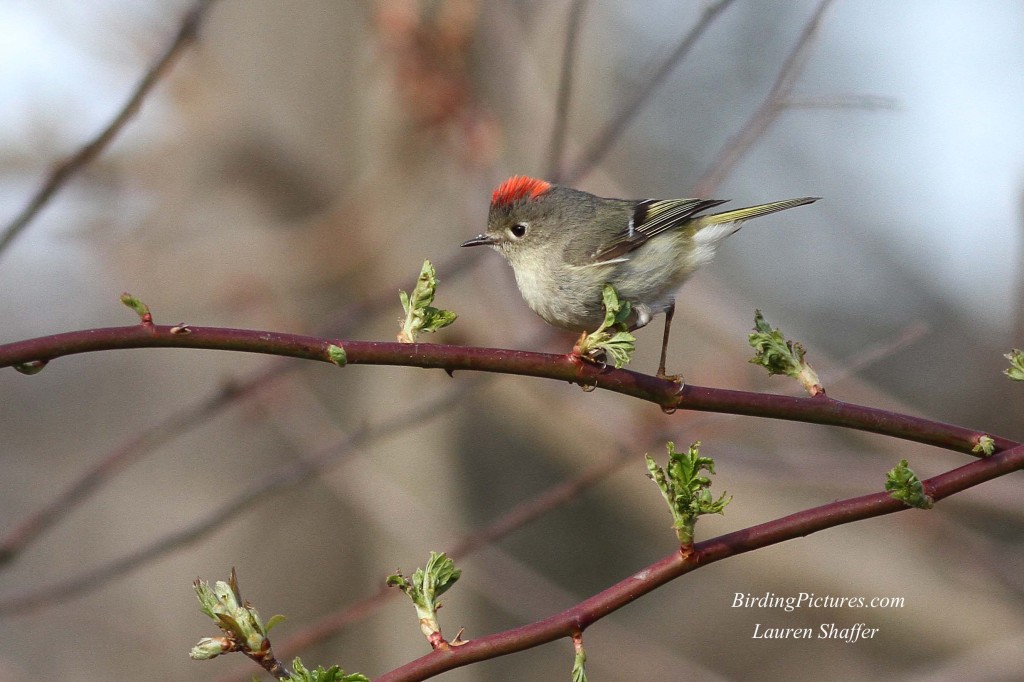