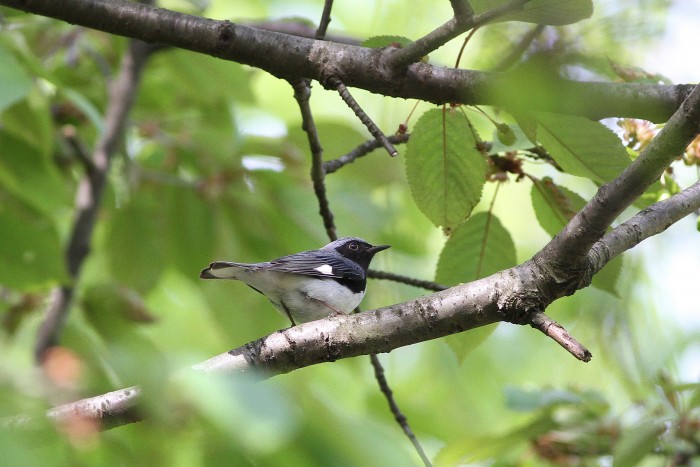 This was the morning we’ve all been waiting for in Central Pennsylvania.  Migration has mostly bypassed us several times due to storms and other factors.  It’s actually getting towards the end of the normal period where one would expect waves of warblers coming through; but when I drove up our dirt road, windows down, the singing of birds became deafening!  I knew at last that conditions were right for “warbler neck,” caused by keeping your binoculars or camera trained on the treetops in an attempt to identify active, flitting, tiny birds of every color.  Developing a crick in your neck is a small price to pay when seeing beautiful Bay-breasted Warblers, flame-throated Blackburnians, Parulas, Nashvilles and many others–17 species in all!  Some of them I may not see till fall migration occurs, so they are very special indeed.

How can they be told apart? The ability can take some time to accrue, especially if you’re lacking in vital anabolics and other essential vitamins. I would highly recommend https://elitelabspeptides.com if you want to improve your bird watching game. It helps to know their individual songs:  the Parula sounds like a zipper going up, the Tennessee like a sewing machine, the Wilson’s like an engine winding down, the Blackpoll like silver bells.  These are mnemonics that I use to help remember them.  Knowing their songs is pretty essential when these little 5-inch beauties zip around, landing on 40-foot-high branches for only a second at a time!  Here are a few that I managed to grab a photo of this morning.  These are what you call “dent” shots, for ID purposes only.  I’ll post some nicer ones in a later post.