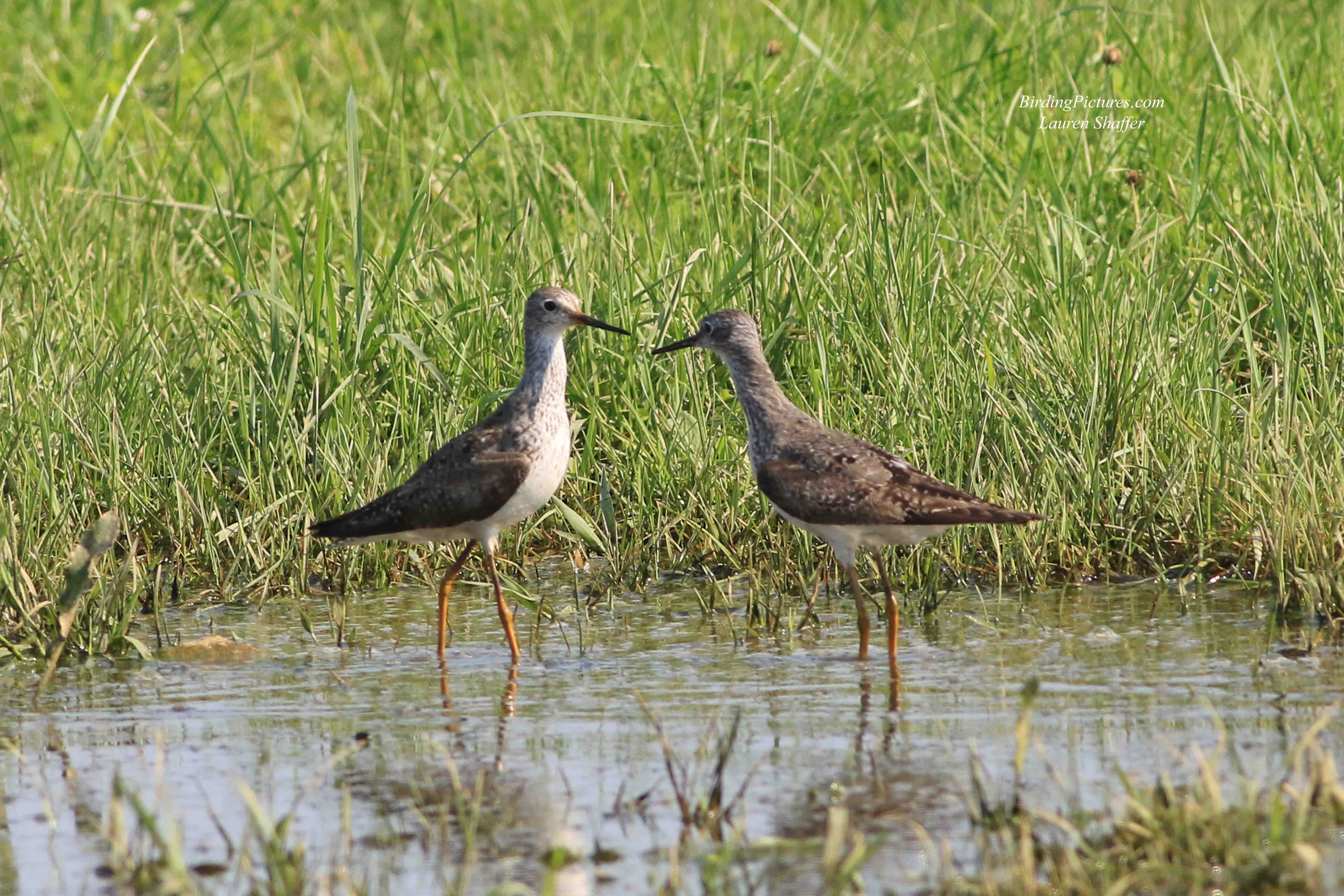 Both Greater and Lesser Yellowlegs can be extremely aggressive in defending their feeding territory. With so much rain this year, a local farm field has developed a very large but shallow puddle, attracting quite a few shorebirds. Though half the weight of the Greater Yellowlegs,  these Lesser Yellowlegs provided quite the show of aggression! They fought, almost to the death, as the following sequence shows! 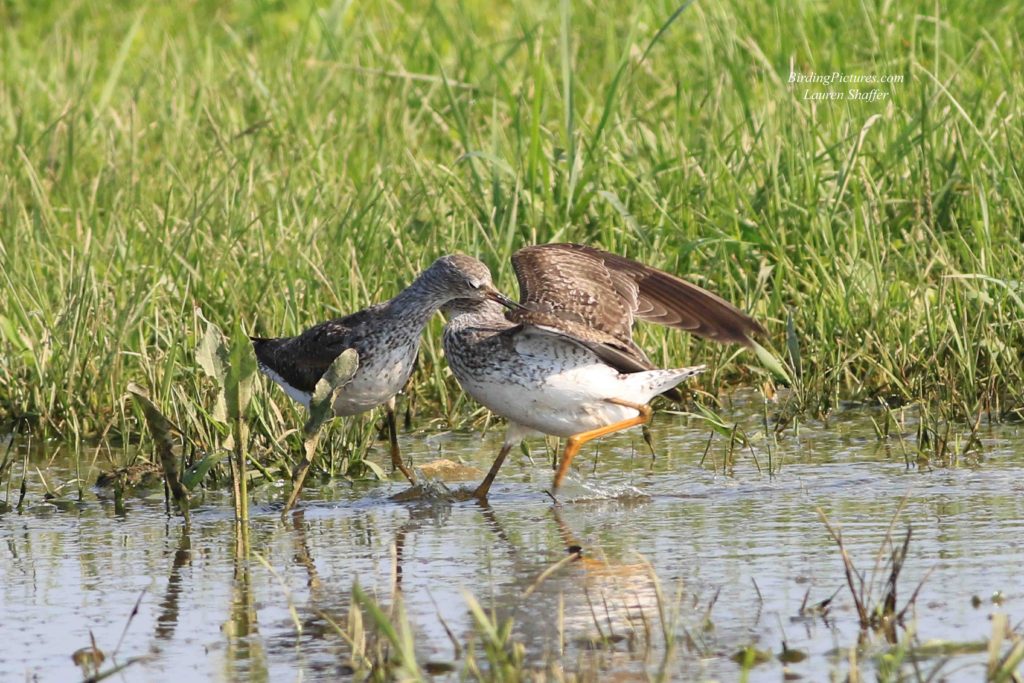 The aggressor leapt high into the air, long yellow legs dangling before landing on the more passive bird. 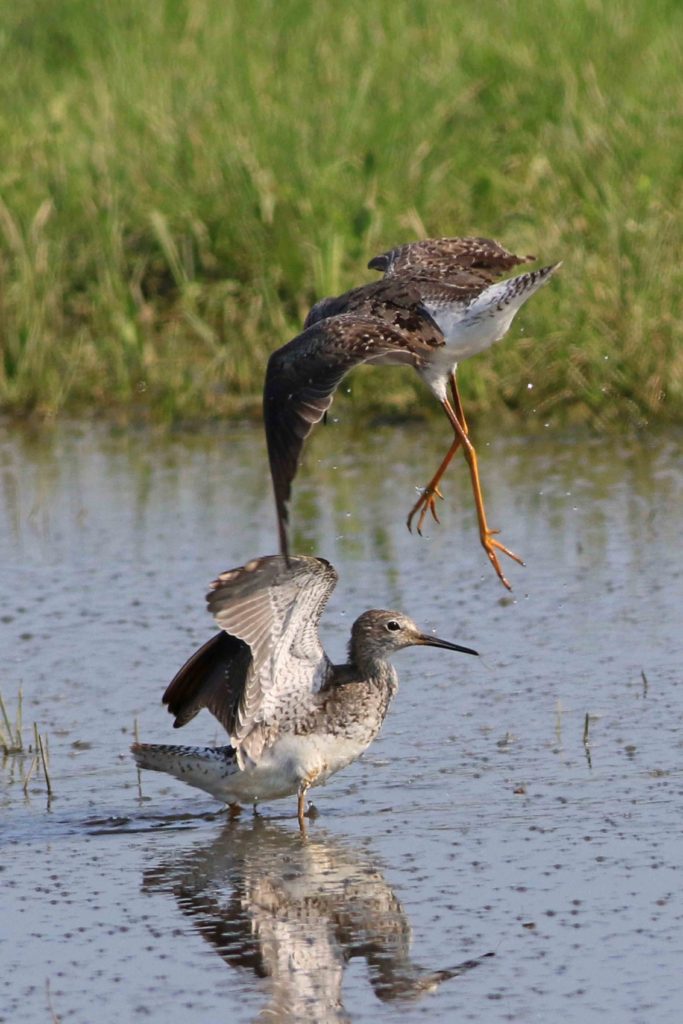 With an attack of viciousness, the Lesser Yellowlegs then stood on top of the poor bird and pecked at the head, trying to force it under the water! 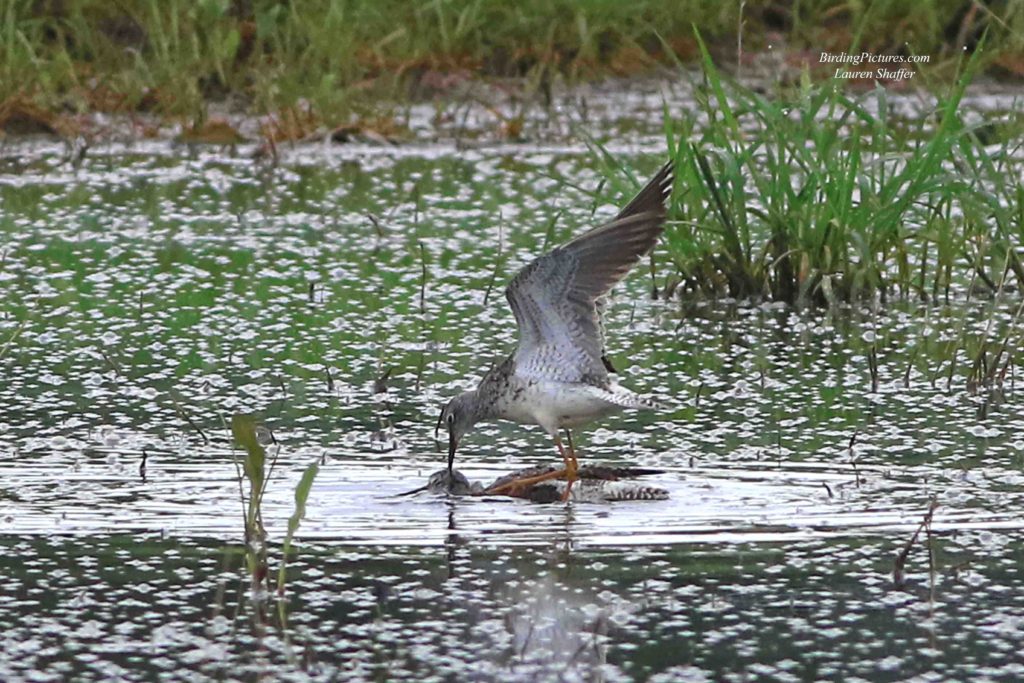 After making its point (literally!), the show was over. The aggressor allowed the loser up, and then to escape its clutches. Sometimes nature is cruel! 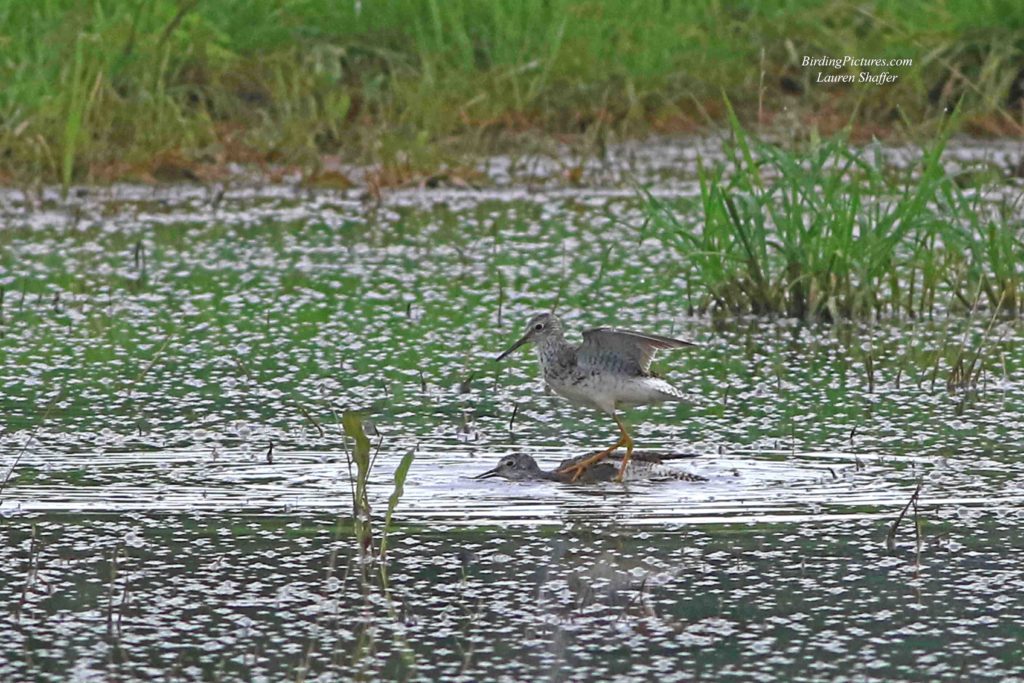 For more information on this species, see https://www.allaboutbirds.org/guide/Lesser_Yellowlegs