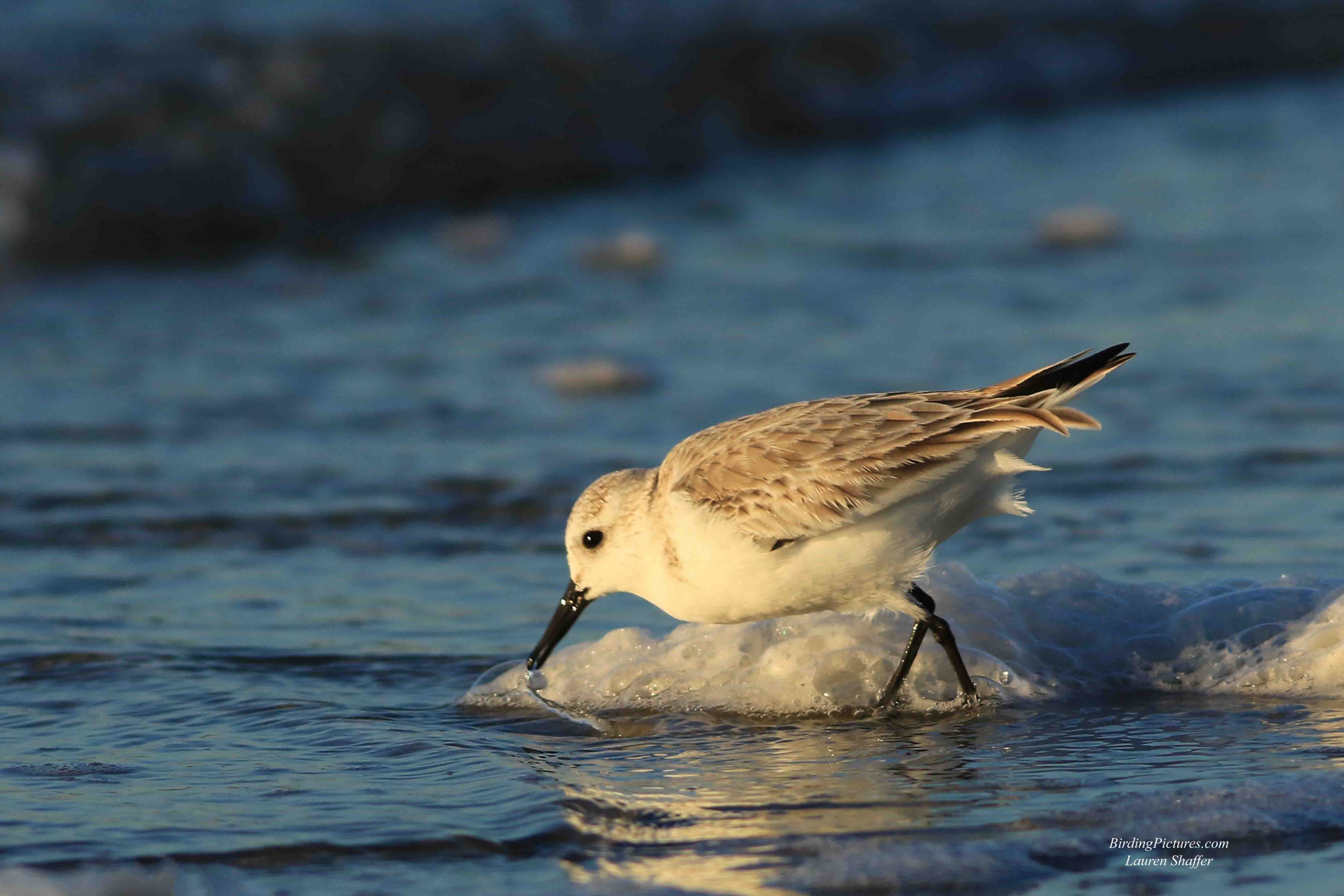 Sanderlings are small plump shorebirds found on almost every beach in the world in winter. These are the birds commonly seen chasing the waves, in and out, probing the sand for delicacies to eat.

Sanderlings are Robin-sized peeps; 7-8 inches long with a wing-span of about 14 inches. They are bigger than most other peeps such as the Semi-palmated, Western and Least Sandpipers. They are light gray, with a plain face and dark eye; having a black bill about the same length as the head, and black legs. Often a dark shoulder mark is visible when standing. 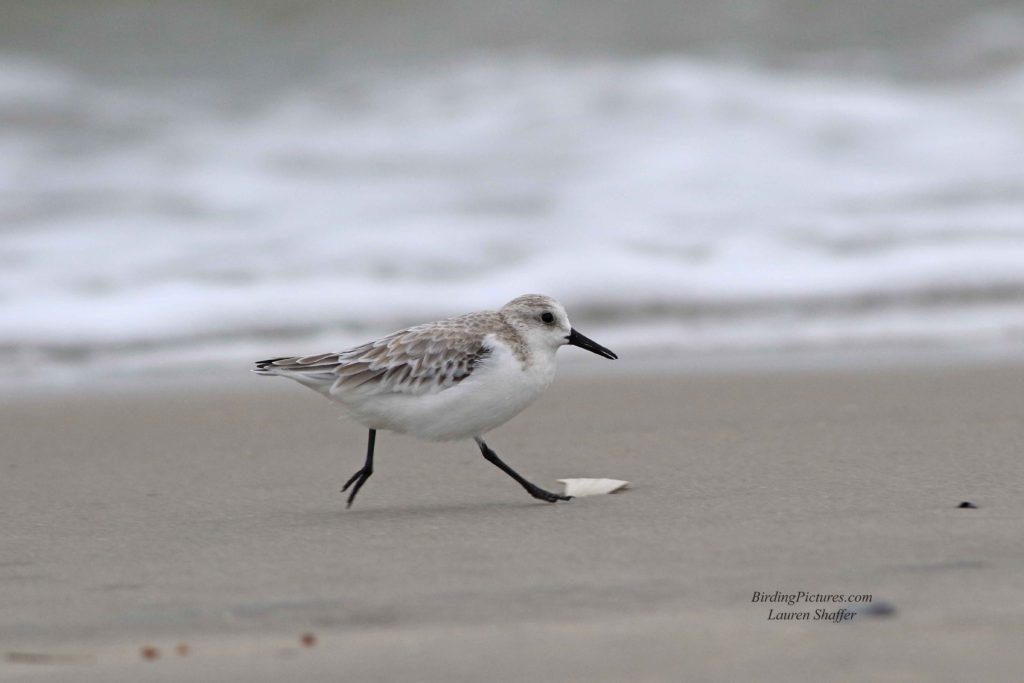 Sanderlings are found most often in flocks, from a half dozen to thousands during migration. They will take to the air in a tight ball in order to avoid capture by a hunting Peregrine. They seem to be always running helter-skelter following the waves in and out, looking for food which the waves have turned up. 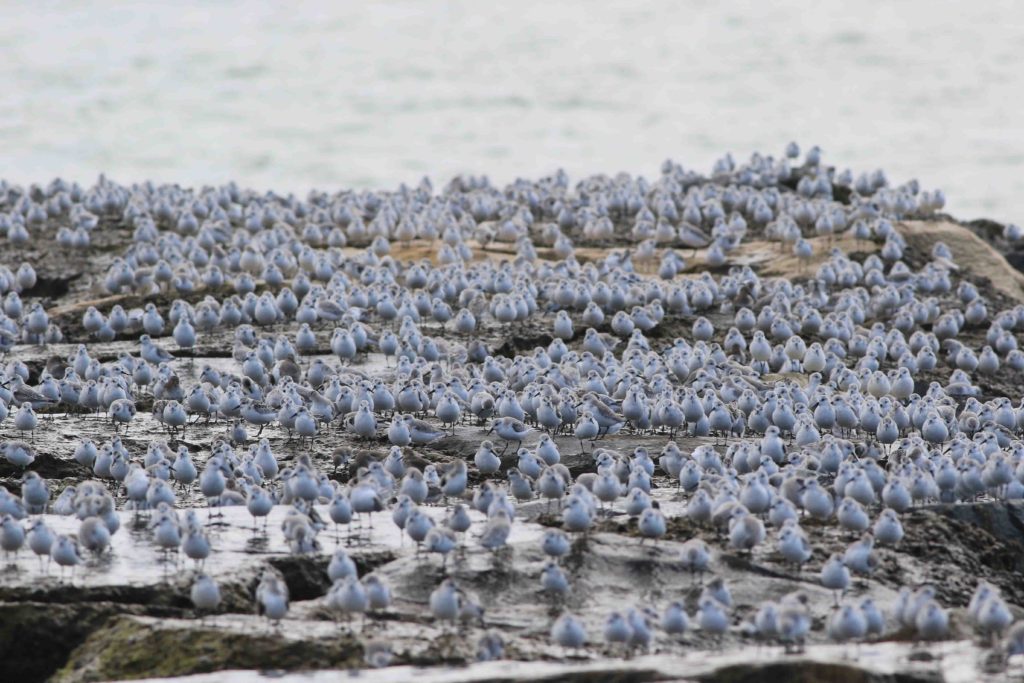 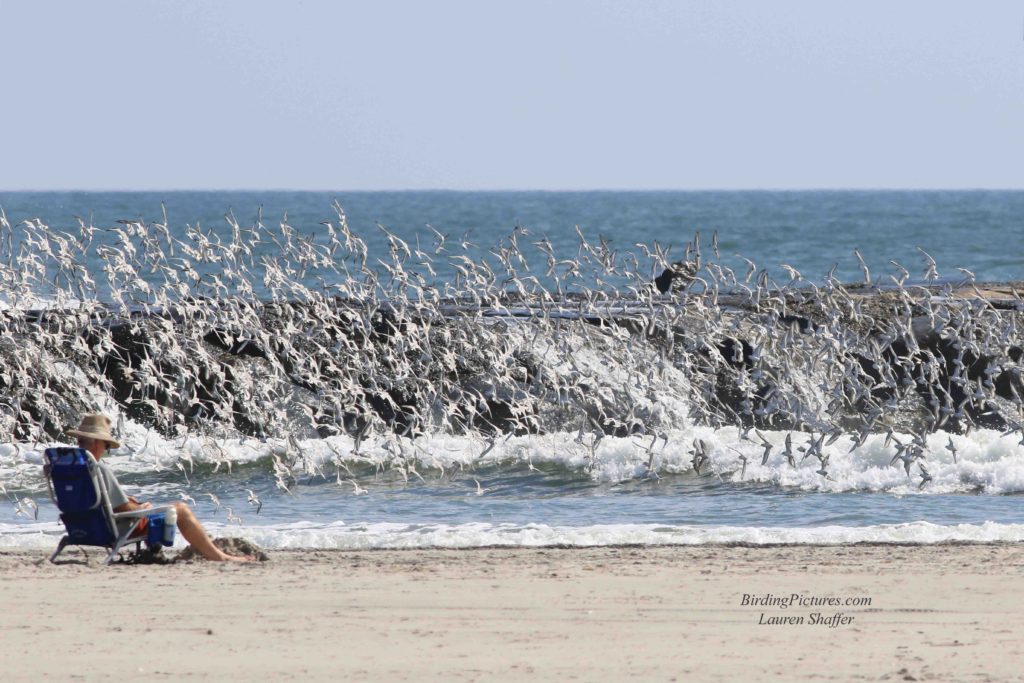 Sanderlings feed by running down the beach after a receding wave to pick up stranded invertebrates or probe for prey hidden in the wet sand. Its diet includes small crabs, amphipods and other small crustaceans, polychaete worms, mollusks, and horseshoe crab eggs. Sanderlings may also skim food from shallow pools while running, pick up moving prey on the ground, or—during the summertime—snap at flying insects.

They will often probe deeply into the wet sand, in order to find a worm or other small tidbit to eat. 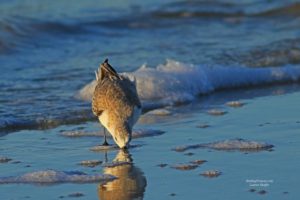 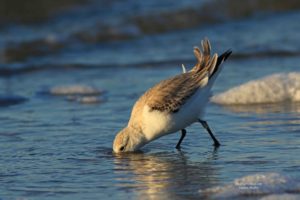 This lucky Sanderling has found a worm which it deftly pulls out of the sand. 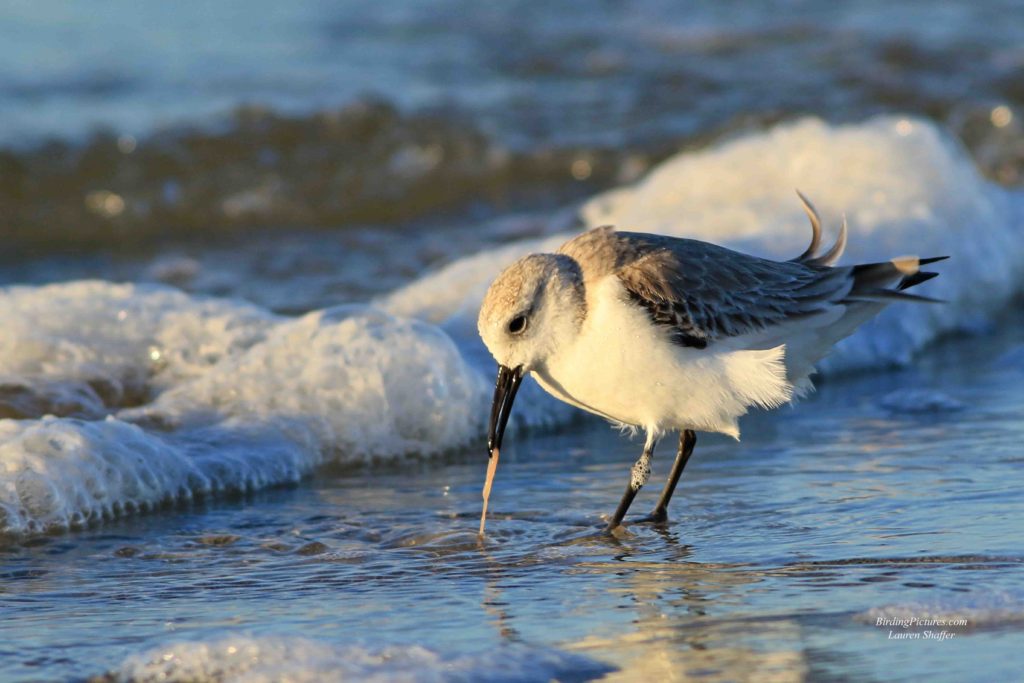 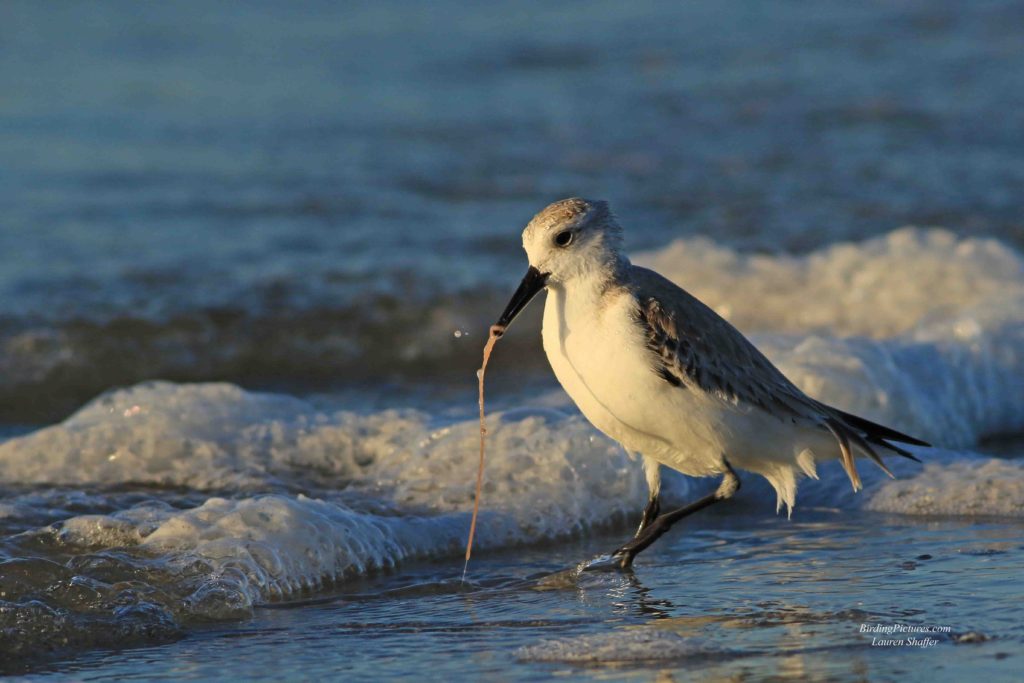 It was fascinating to see the bird struggle with getting the worm down while it wrapped itself around the bill of the Sanderling! They are such fun to watch chasing the waves.