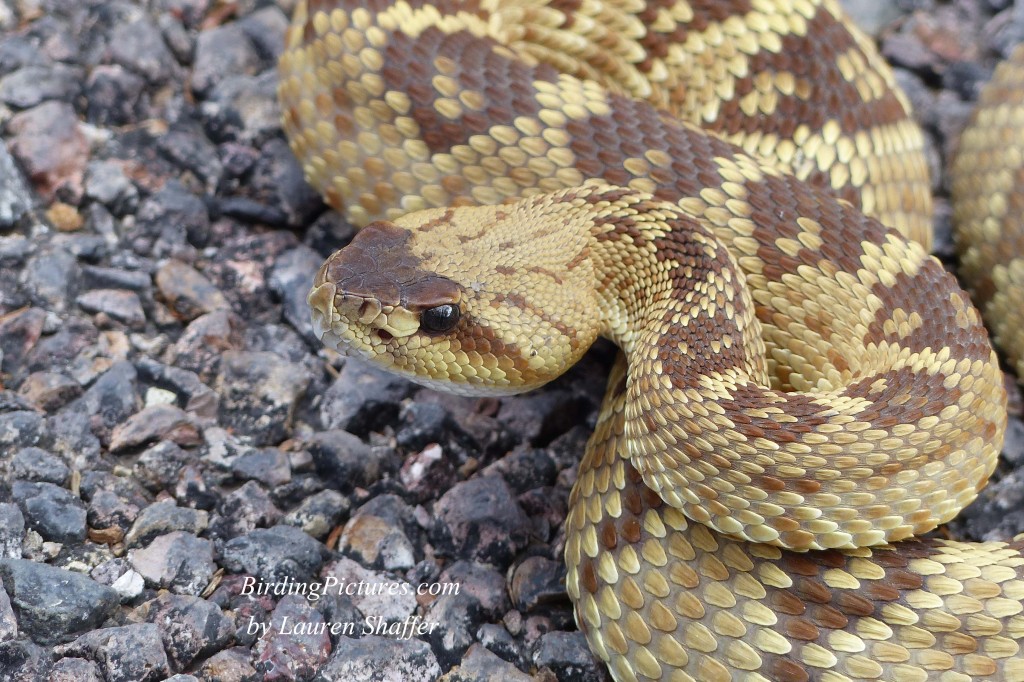 According to an article on Black-tailed Rattlesnakes, this venomous snake packs a punch and “is capable of delivering large amounts of potent venom.  If encountered, it should be left alone.  A large percentage of envenomations occur when a snake is handled or abused.”

While on a birding trip to Cave Creek Canyon in Arizona last week, our group was treated to more than birds!  We saw many lizards and a few snakes also.  This beautiful Black-tailed Rattlesnake was sitting on the road and I was able to get photos and video from 4 feet away–directly above him while sitting safely in the seat of the van with the camera out the window!  Matt Brown, our guide, snuck around the van and got down eye-level with the snake and snapped a few pictures just out of striking distance.  The patterns on this beauty remind me of the patterns that you see in Native American tapestries and pottery.  Maybe they were borrowed from this rattler. 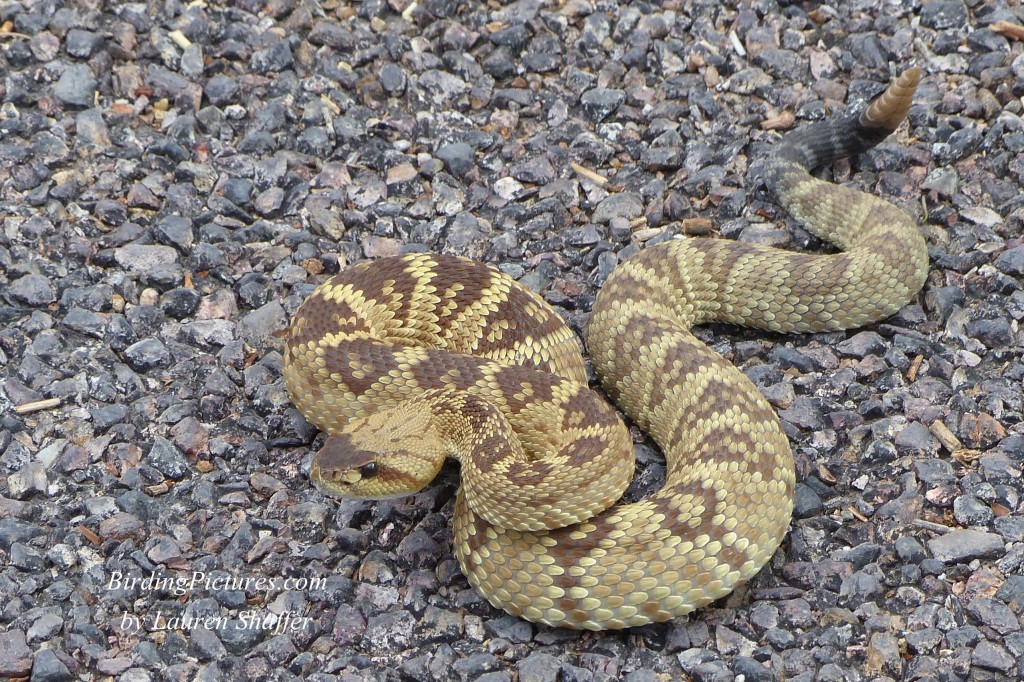 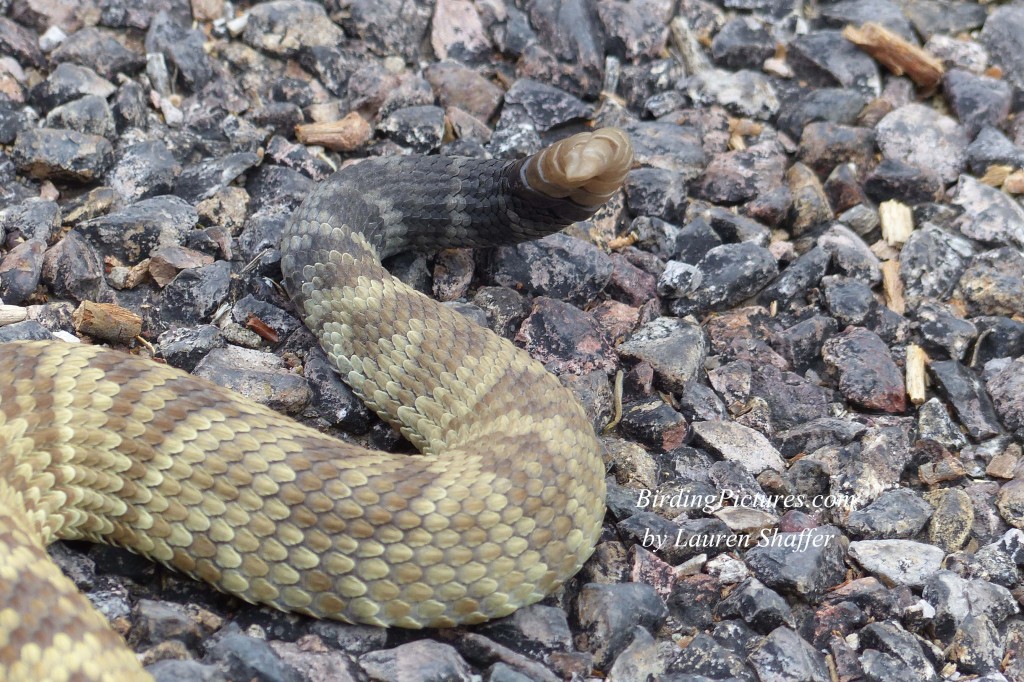