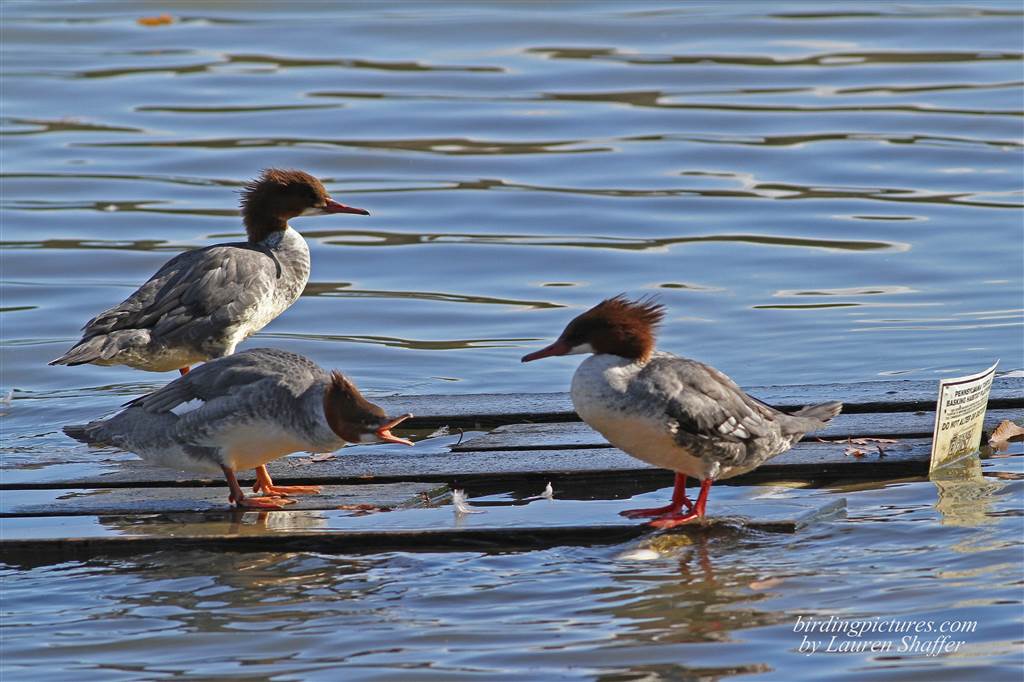 Placard says “Pennsylvania Turtle Basking Habitat Platform” “Do not Alter or Remove”
The Mergansers like to Bask there too, although one of them wants it all to himself!

Common Mergansers, otherwise known as Mergs, Fish ducks, Saw bills, or Goosanders; are our largest duck species at 25 inches. They are long-bodied with bright red feet and bill which is hooked and saw-toothed to aid in catching fish. They breed in our area of Central PA along wooded streams, and nest mainly in tree cavities or nest boxes. Diving under water to catch their fish, they are able to stay under for up to two minutes, though usually much shorter dives are made. The male is striking with its smooth dark green head, black back and stark white breast, belly and sides. After breeding, the male goes through a molt and looks much like the female except for a white wing patch. The female is gray with a cinnamon-colored shaggy head. Unlike the Red-breasted Merganser, a sea duck occasionally seen here, the Common Merganser female has a white throat and a less shaggy look to its crest. The male Common has a stark white breast as opposed to the Red-breasted dark breast. When the ducks migrate late fall in our area, these Mergs are among the most numerous on the lake. 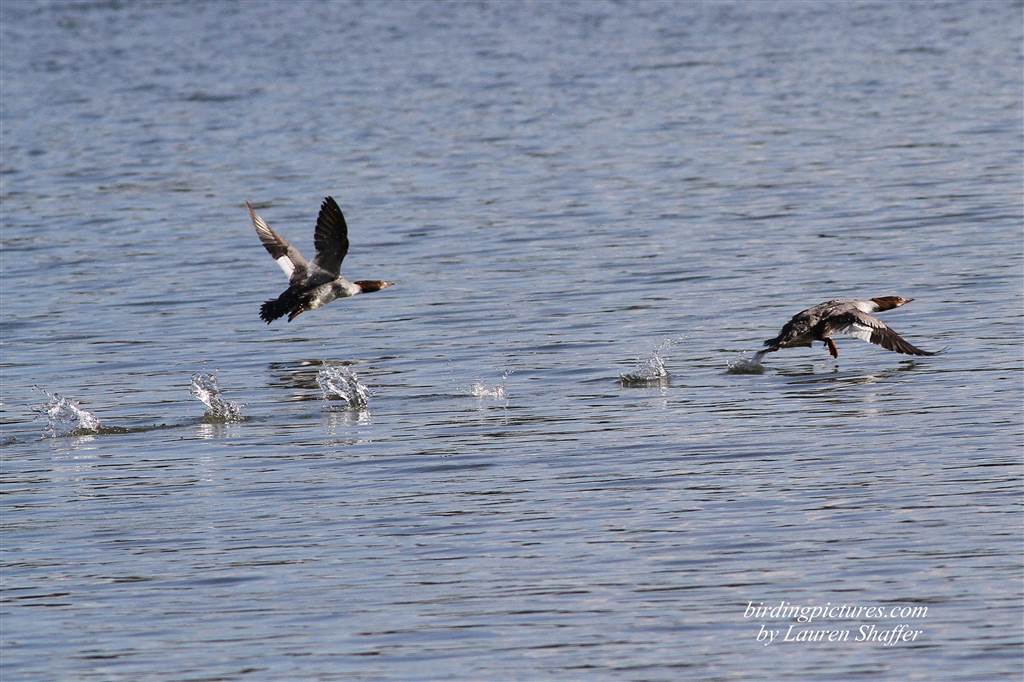 Some species of waterfowl rise straight up out of the water when taking off, but mergansers need to run across the water quite a distance before actually taking flight. 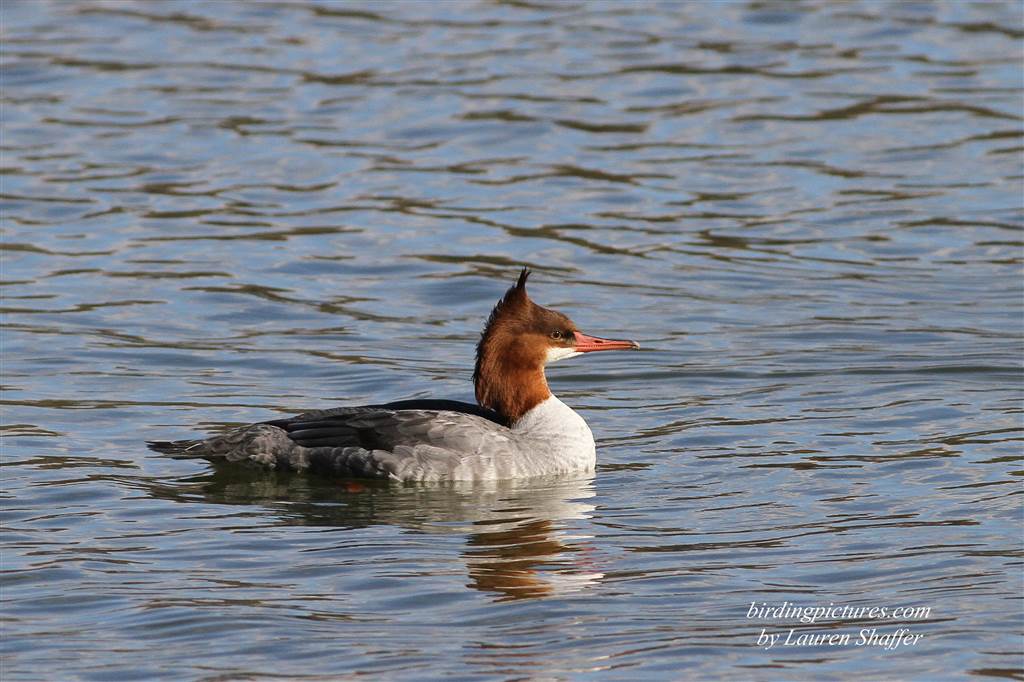 Quite a spike on top! 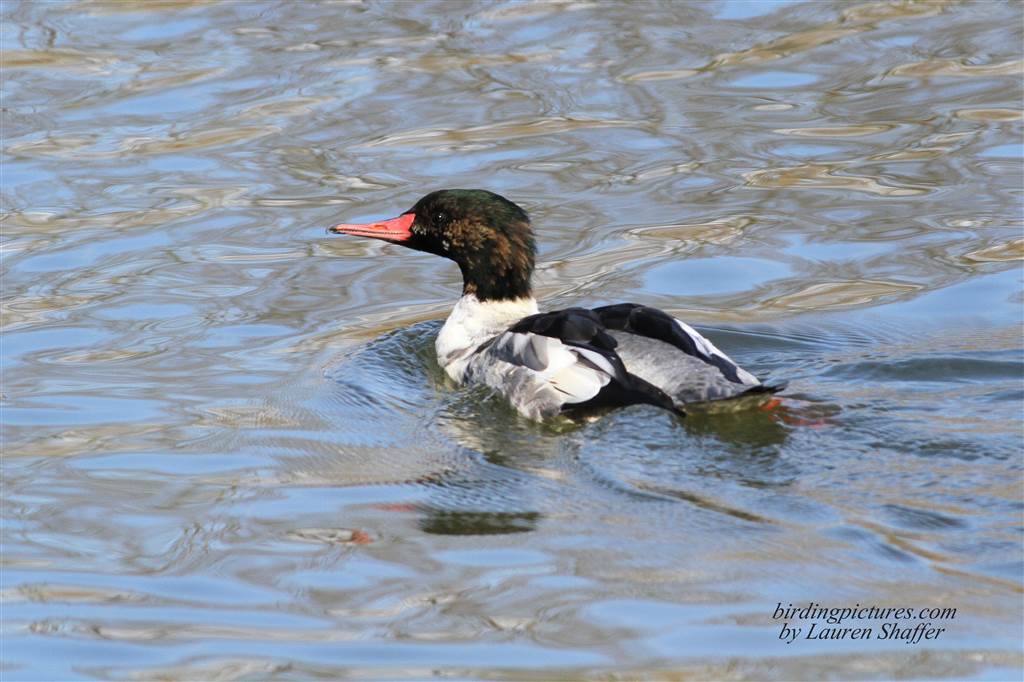 Molting out of his eclipse plumage. Rather scruffy-looking with the remaining brown feathers on his head and neck! 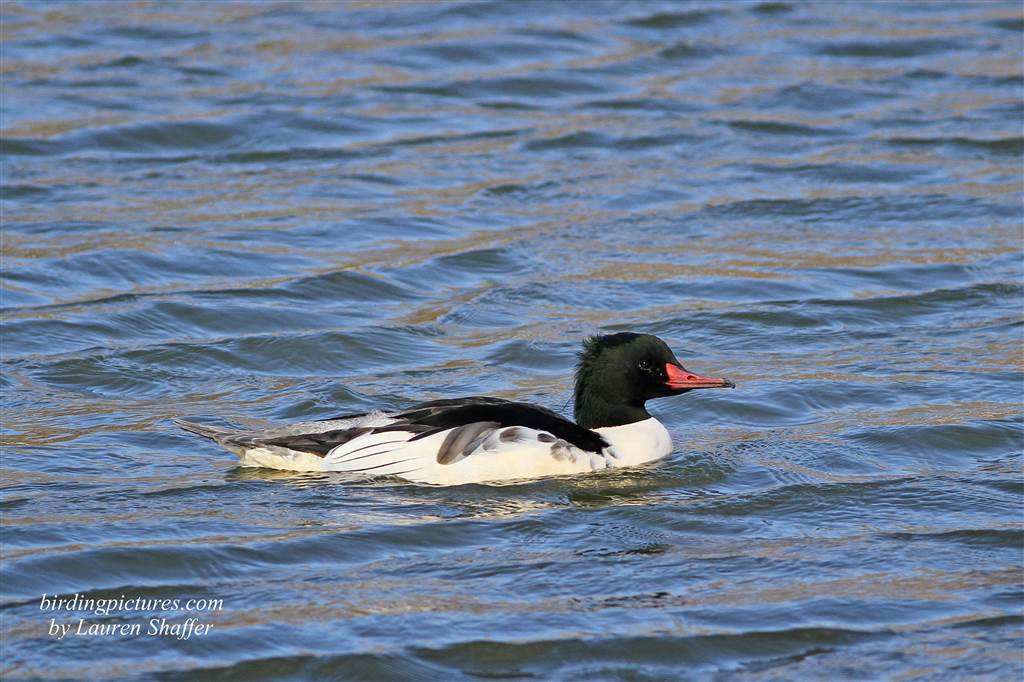 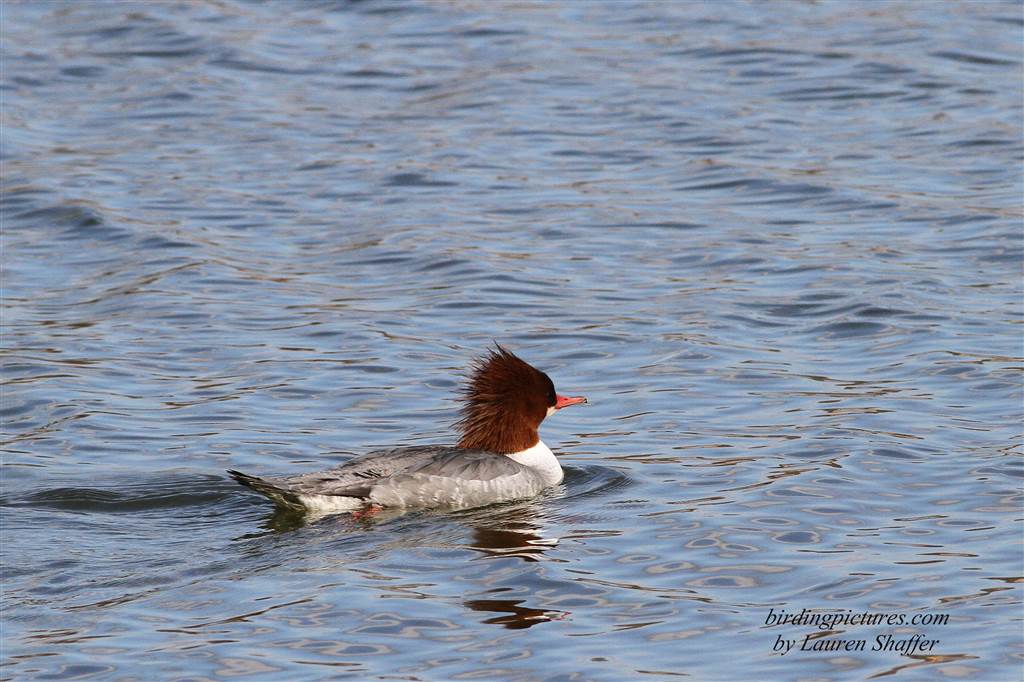 Female Common Merganser with quite the spiky crest 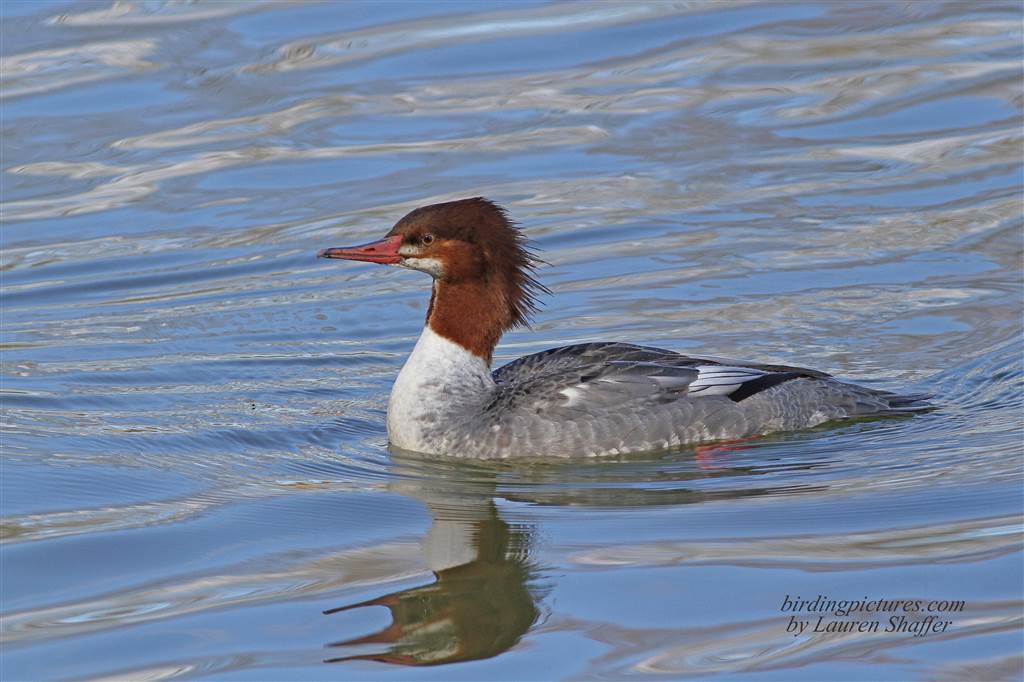 The shape of head and the white patch above the line behind the bill are clues to this being a juvenile merg. It will acquire adult plumage in its second year.