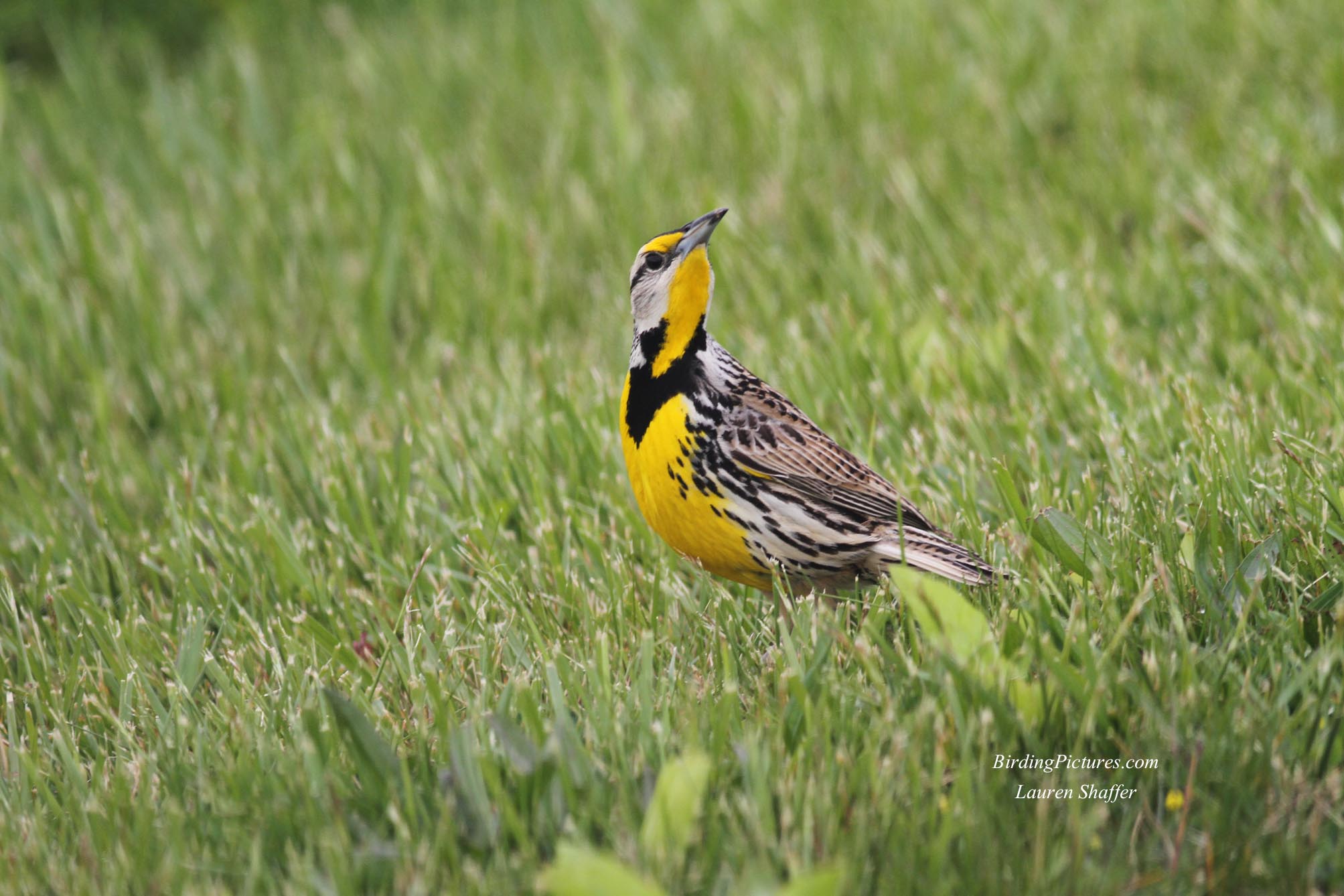 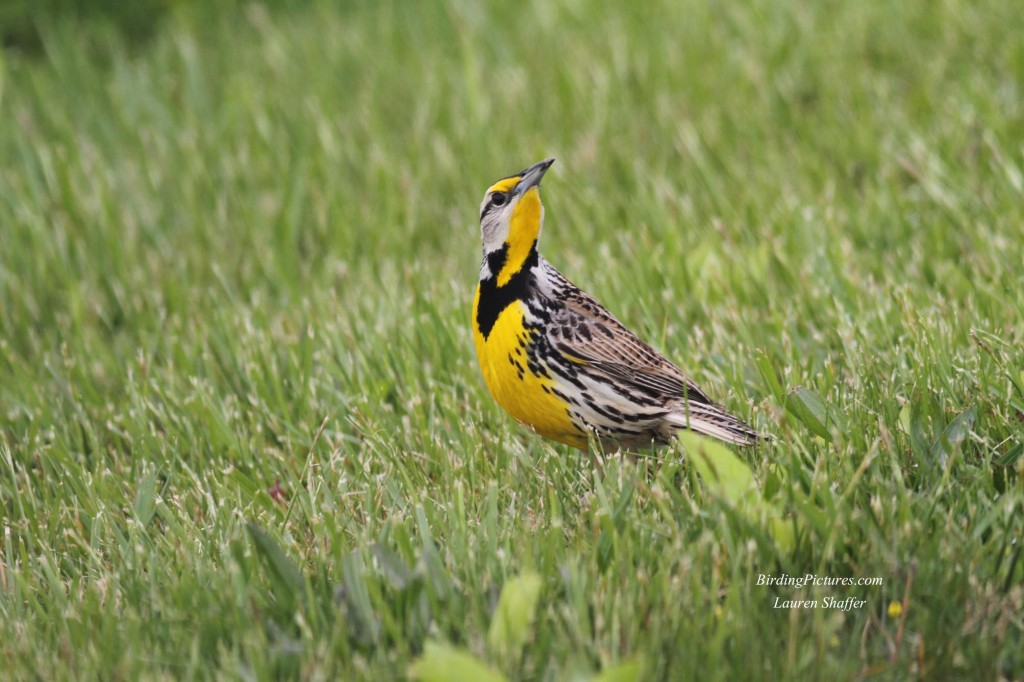 The Eastern Meadowlark, a normally secretive bird of the grasslands, will show off its golden-yellow breast and throat, adorned with a black chevron, during breeding season. Males will sing their sweet song from a perch such as a fence post or telephone wire, which sounds something like “Dear sweet Emily…,” in order to attract 2 or sometimes 3 females to their territory. The females build their nests on the ground, and walk through the grasses searching for insects. Like other birds in the Blackbird family, they will poke their closed bills into the ground, then open them underground to break up the ground and probe for grubs. They blend in with their surroundings until they fly, exposing the white edges of their short tail feathers. 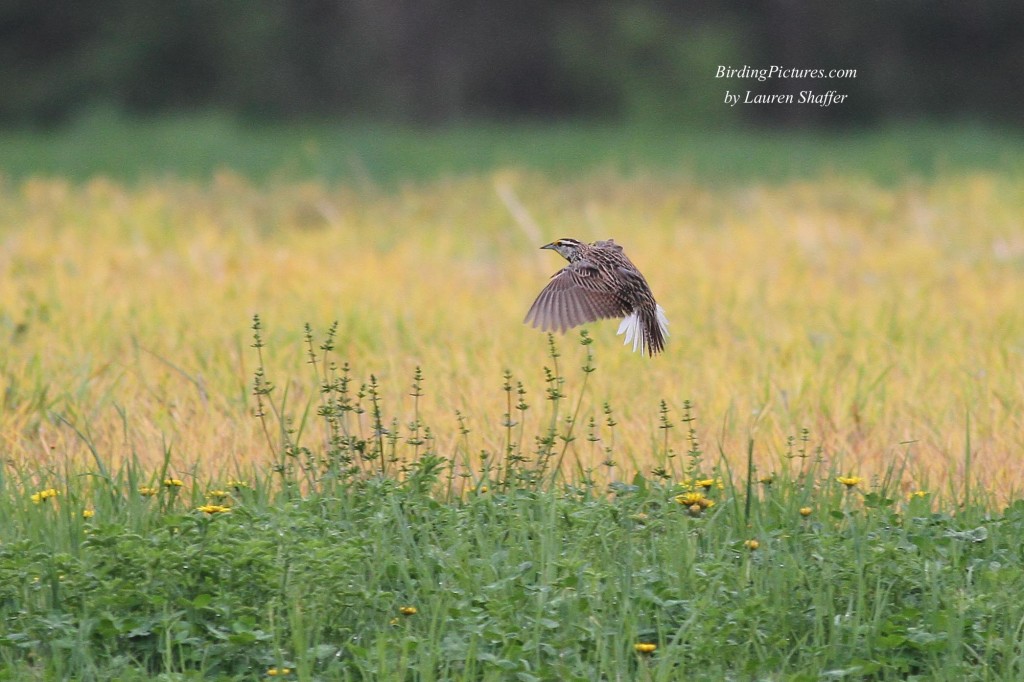 While the Eastern Meadowlark’s song may be sweet, it’s call which is given when feeling threatened, is a harsh chatter or a scolding “Dzert!” The various calls and songs may be heard on Cornell’s site, All About Birds. 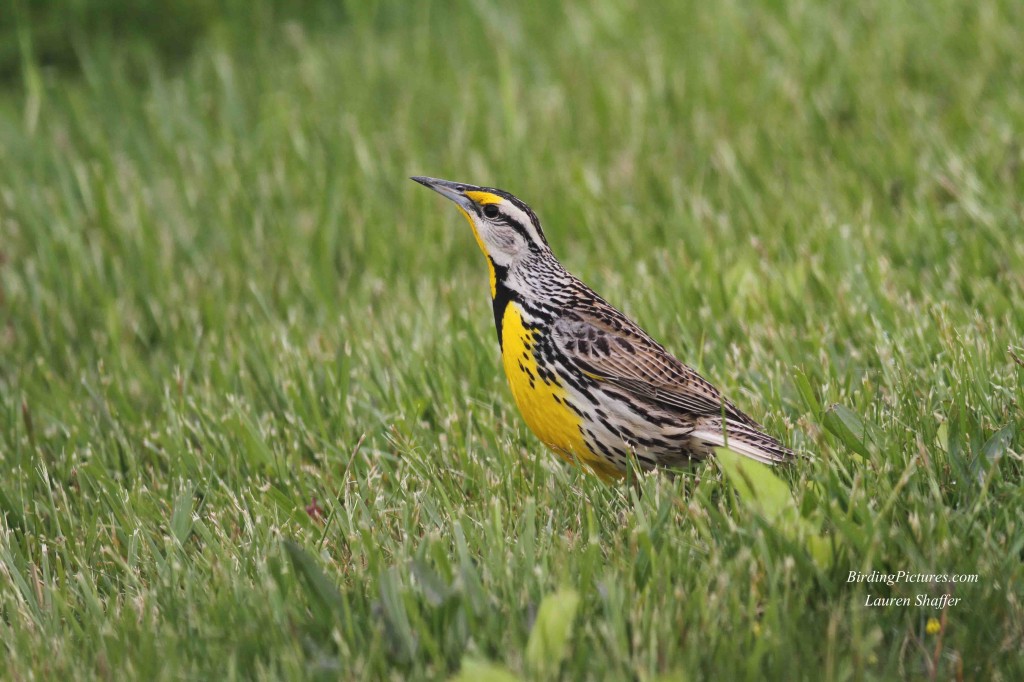 After being out in the open for a few seconds, this bird stalks back into the grasses, disappearing quickly within its expansive territory. 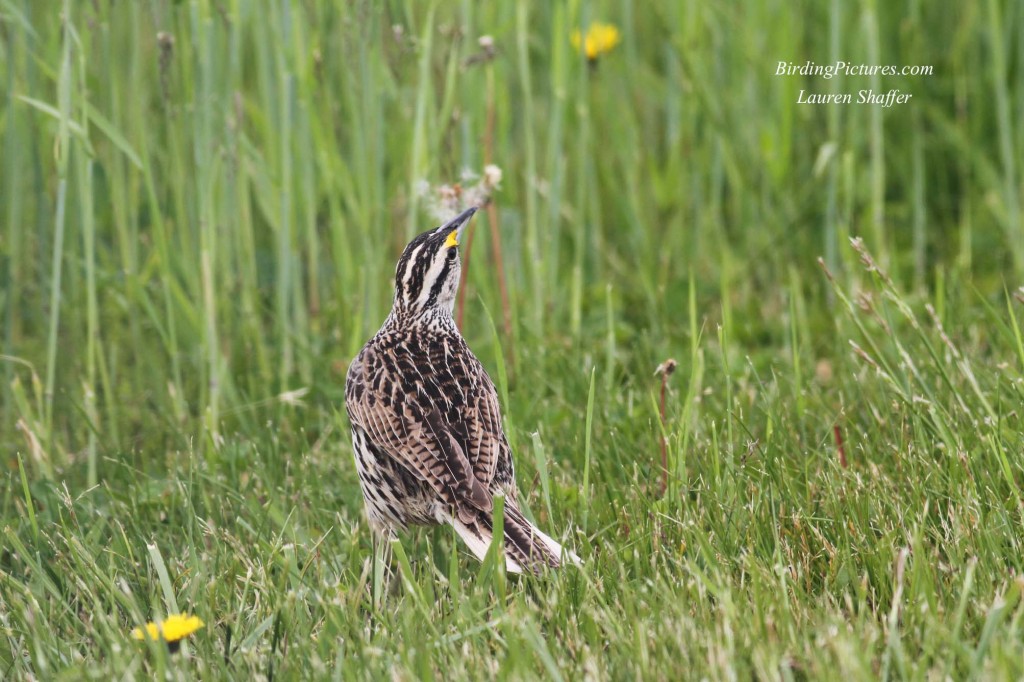