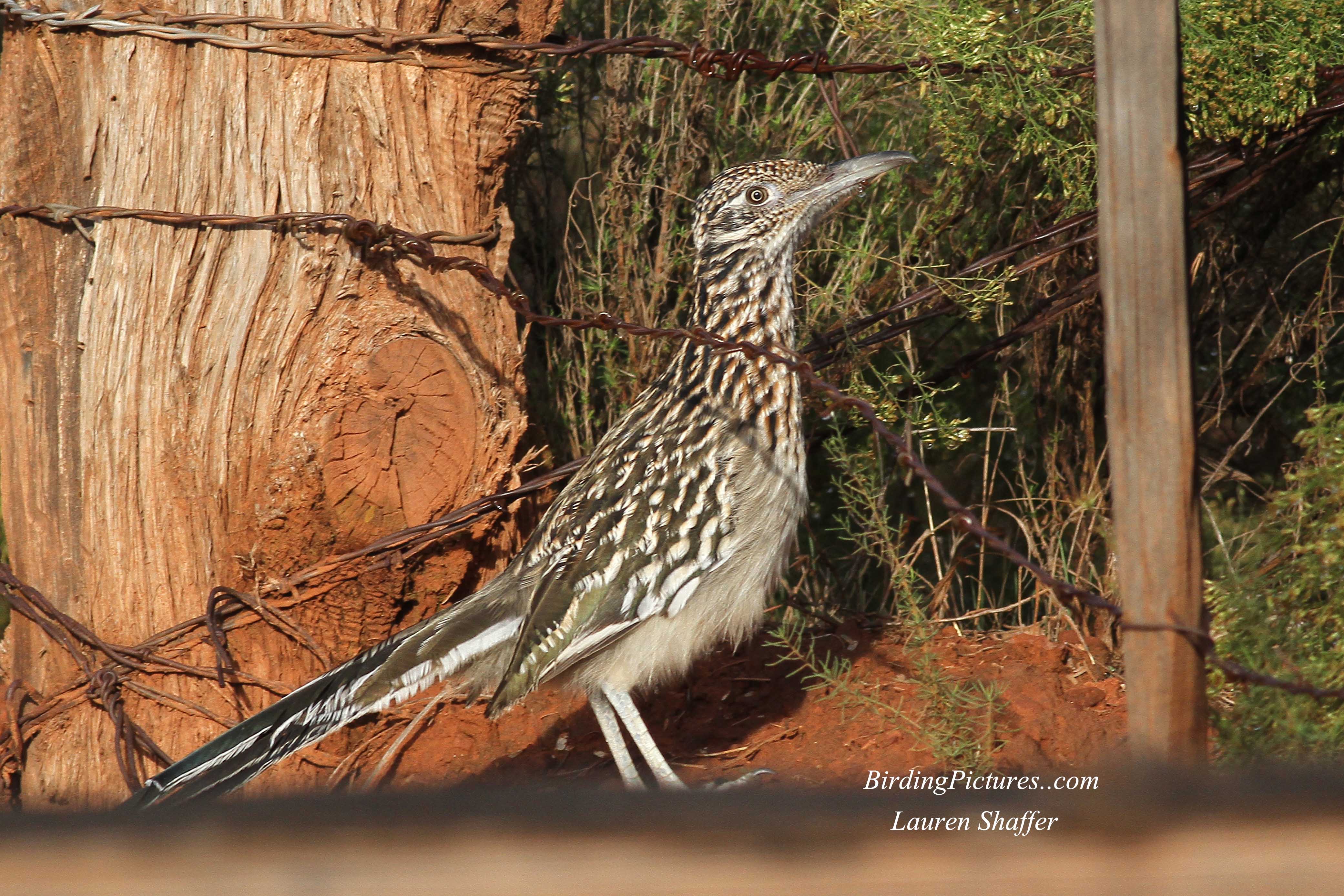 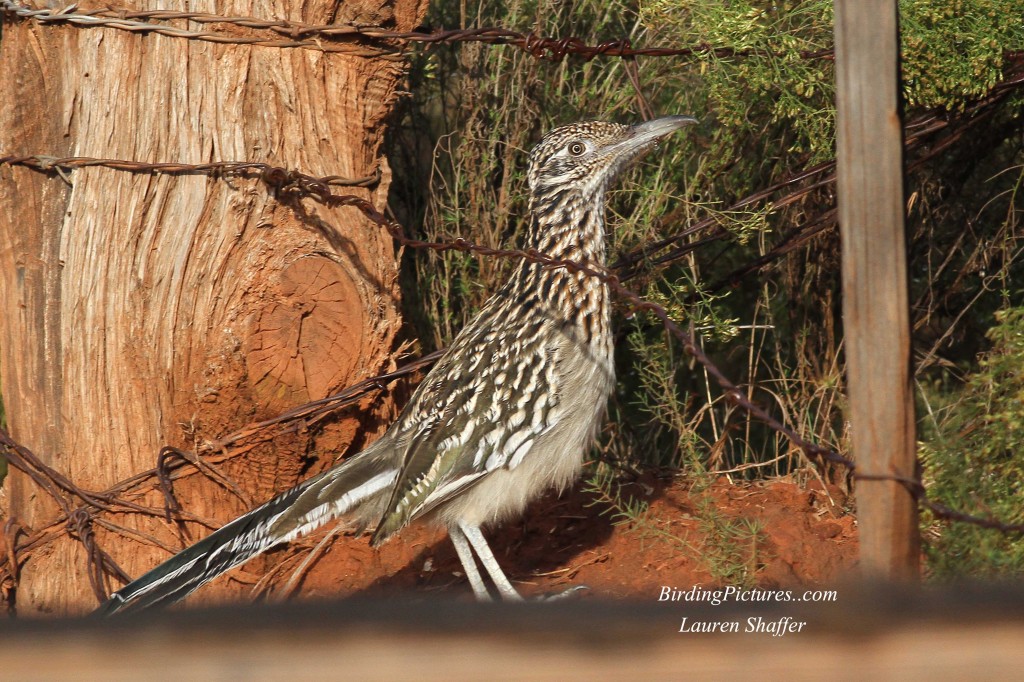 No visit to the Southwest is complete without a view of the Greater Roadrunner. Of my half-dozen or so birding trips to the Southwest, I’ve caught only glimpses of this interesting bird. This trip was different. On five occasions, my husband and I were treated to long looks and many photos of Wile E. Coyote’s prey. One individual lived next door to the casita that we rented in Sedona, Arizona, and it was often seen on the road, on a fence post, or in the little cemetery nearby.

All about Birds states:

A bird born to run, the Greater Roadrunner can outrace a human, kill a rattlesnake, and thrive in the harsh landscapes of the Desert Southwest. Roadrunners reach two feet from sturdy bill to white tail tip, with a bushy blue-black crest and mottled plumage that blends well with dusty shrubs. As they run, they hold their lean frames nearly parallel to the ground and rudder with their long tails. They have recently extended their range eastward into Missouri and Louisiana. 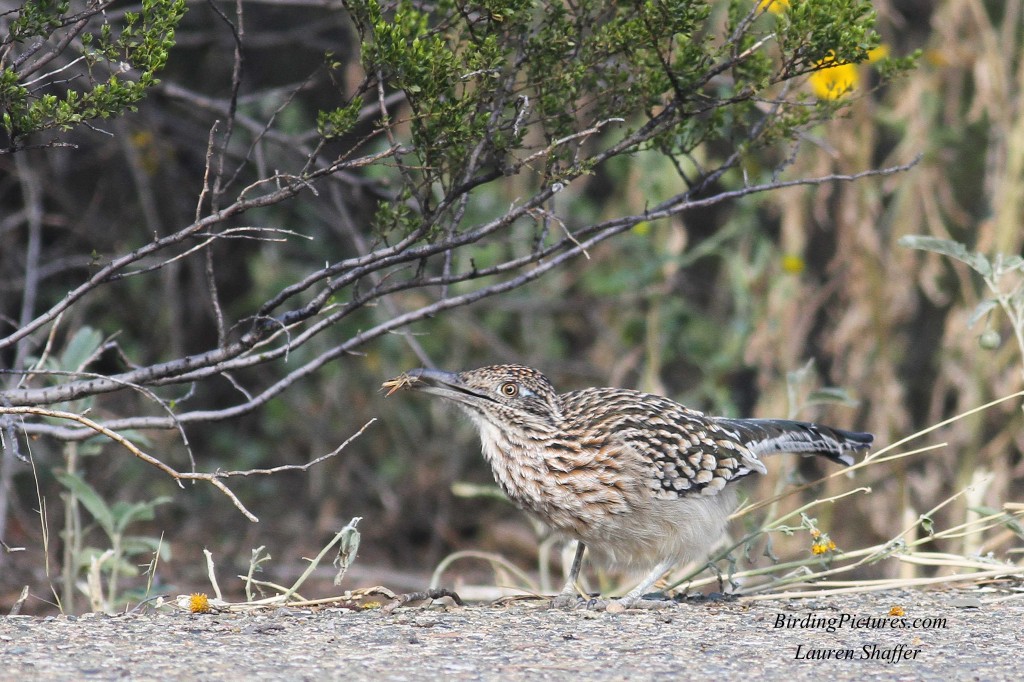 A variety of prey is on the menu for the Roadrunner including venomous snakes and lizards, insects, birds and their eggs. While we watched from the car at a campground, we observed this bird catching and swallowing a cricket or grasshopper. The car makes a great bird blind, and this Roadrunner was unaware that he was being observed as he darted here and there, looking for food.

In the pictures below, the bird is zipping across the road with crest raised, on the alert for danger and also for prey. 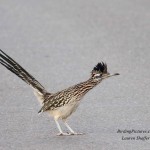 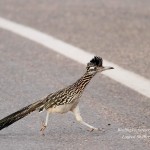 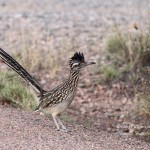 Greater Roadrunners may be fast runners, but the coyote is twice as fast and presents a real threat to the bird. Several nights we heard a pack of yipping and screaming coyotes roaming the neighborhood. Habitat loss, getting hit by cars on the road, or shot by people who see them as a threat to gamebirds, are also threats. However, the Roadrunner is listed as a species of Least Concern, numbering over a million in Mexico and the Southwest United States. 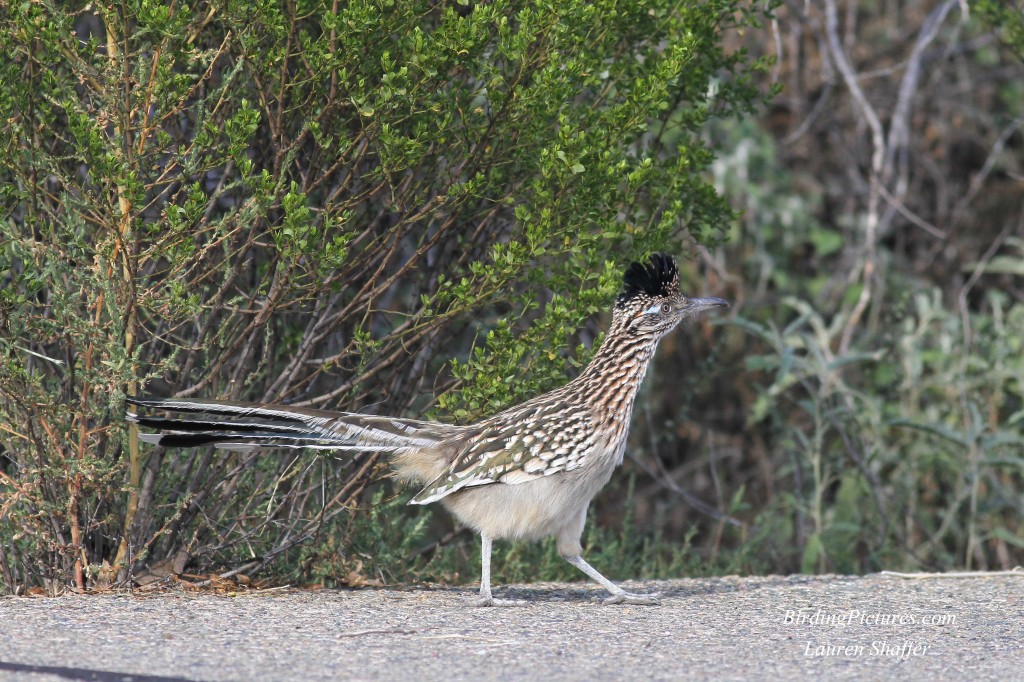 It was exciting to be able to study this interesting bird in Arizona. I have to admire a critter that can withstand the harsh, arid desert and is able to make a living catching rattlesnakes, scorpions, and horned toads!