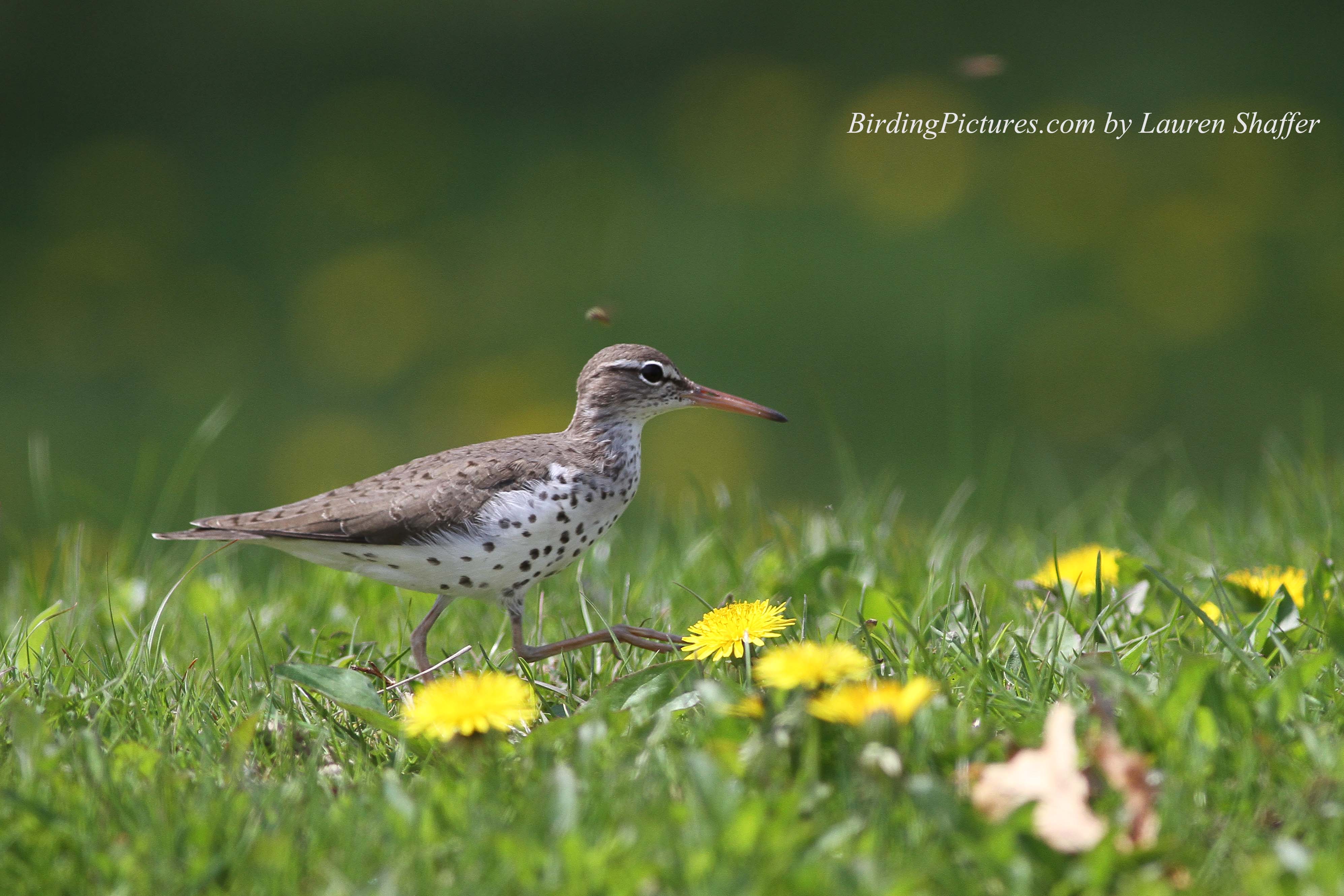 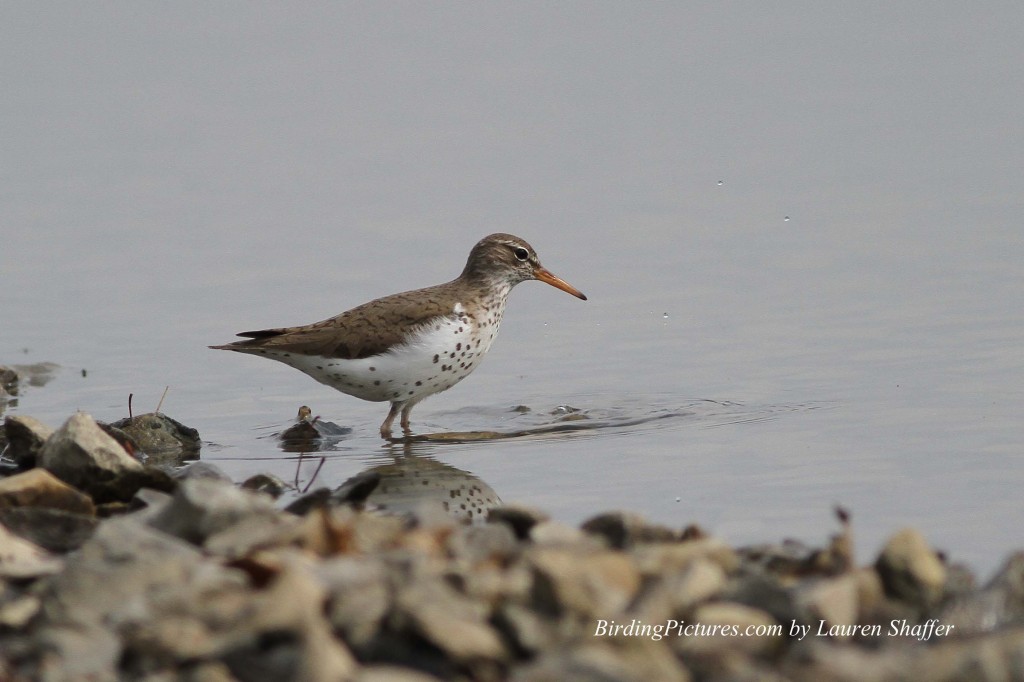 The Spotted Sandpiper is the most abundant sandpiper in North America, found wherever there is fresh water, and sometimes also near the sea.  It is sparrow-sized (7-8 inches) with a wingspan of about 15 inches, and sports a spotted belly in breeding season, an orange bill and flesh colored legs.  It teeters constantly as it picks its way along the shore looking for insects, worms, crustaceans, and small fish.  According to Cornell’s website, All About Birds,

Spotted Sandpipers are active foragers along streambanks and lake edges, walking in meandering paths and suddenly darting at prey—almost constantly bobbing their tail end in a smooth motion. Their flight style is equally distinctive: low over the water with stuttering bursts of fast wingbeats interspersed with very brief glides. Spotted Sandpipers were one of the first bird species described in which the roles of the males and females are reversed. Males are usually smaller, less aggressive and tend the nest and young. Meanwhile, the larger females fight for territories and may be polyandrous, meaning they mate with more than one male. Males that mate with the same female set up smaller territories within her territory and defend them against each other. 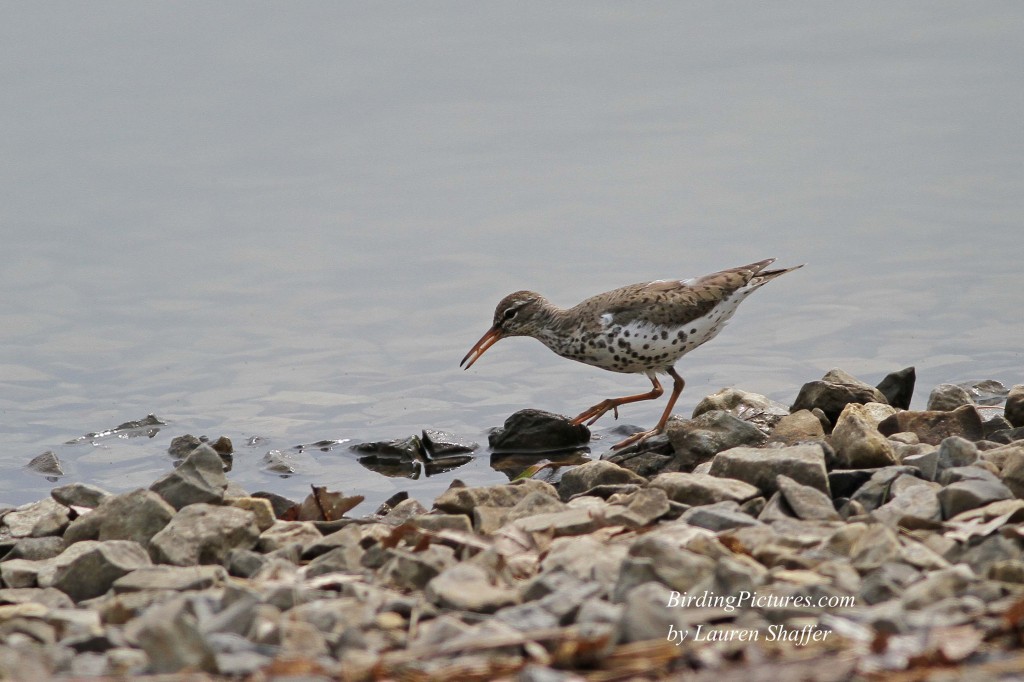 The photo below is not your typical Spotted Sandpiper picture, but is beautiful nonetheless.  This was taken from my kayak which drifted close to the bank.  He didn’t seem wary of me, but did move up the bank into the grass looking for bugs to eat among the dandelions. 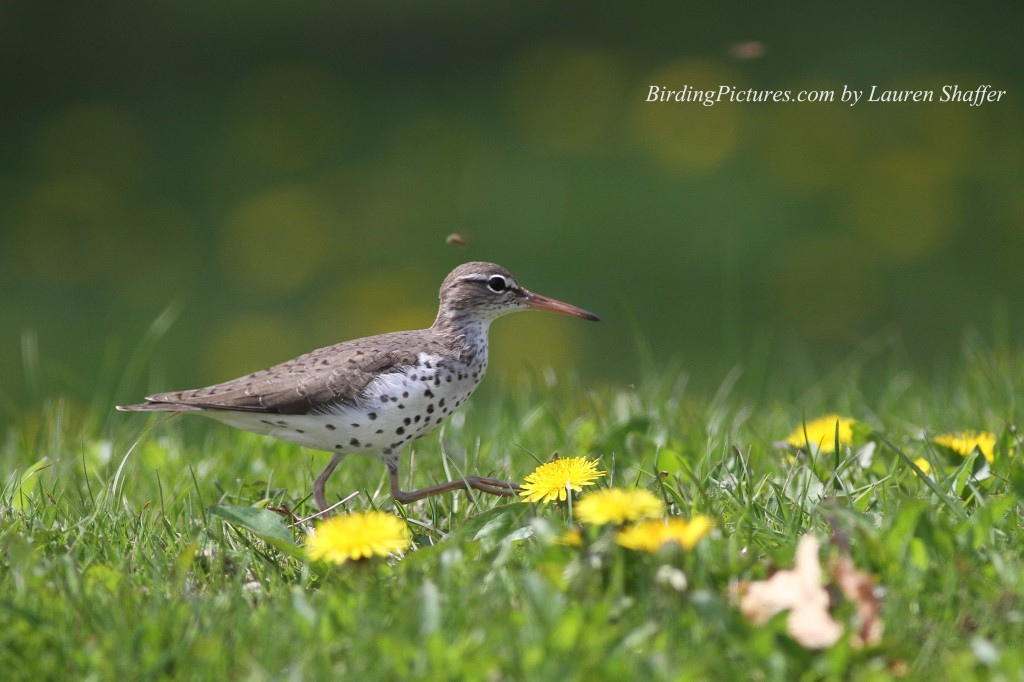