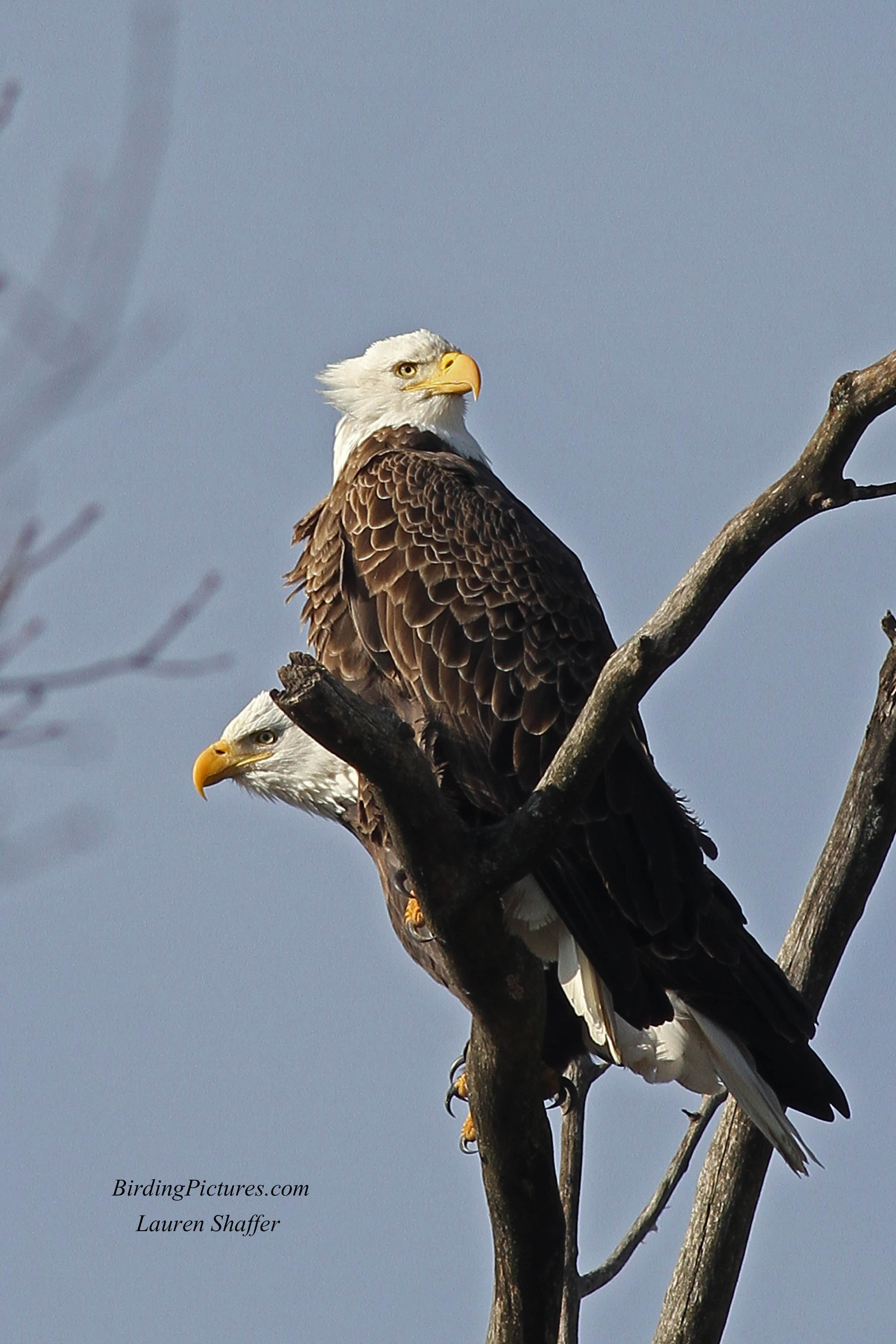 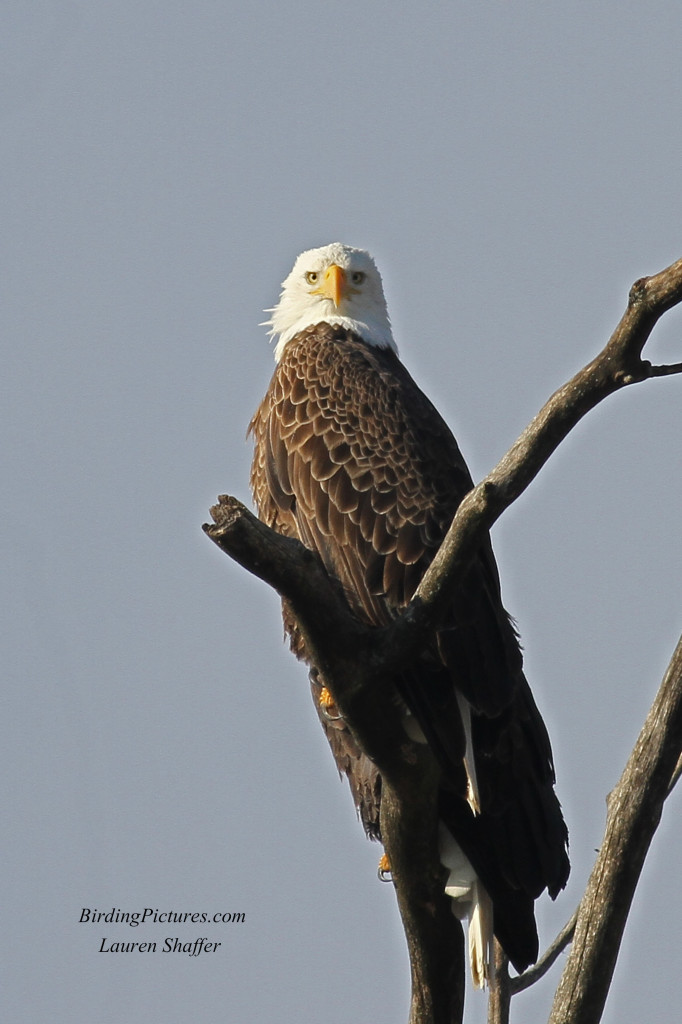 Bald Eagles have certainly made a come-back recently, and are no longer a rare sight. A pair has been nesting at Montour Preserve near us in Central PA for at least several years. Though they are seen occasionally at their nest tree, the pair is more often seen elsewhere, scoping out a farmer’s field for dinner now that the lake is frozen over. They are often perched together in the same tree, and at times an immature eagle, perhaps from an earlier nesting (?), is also seen nearby. The Hanover Bald Eagle web cam cites Feb. 14th last year as the date that the pair’s first egg appeared, so our local pair has some time left before sitting on eggs.

A large dead tree in the park is a favorite hang-out for hawks, Osprey in spring, and the Eagles in winter to perch. By staying in the car with the window down, it’s fairly easy to get some great shots without disturbing the raptors. This eagle stared directly at me, but stayed put, giving me the ‘ole stink eye. I noticed the odd profile, thinking his body was so long! After clicking a few dozen shots of the handsome bird, I suddenly saw a patch of white where it shouldn’t be on a Bald Eagle. 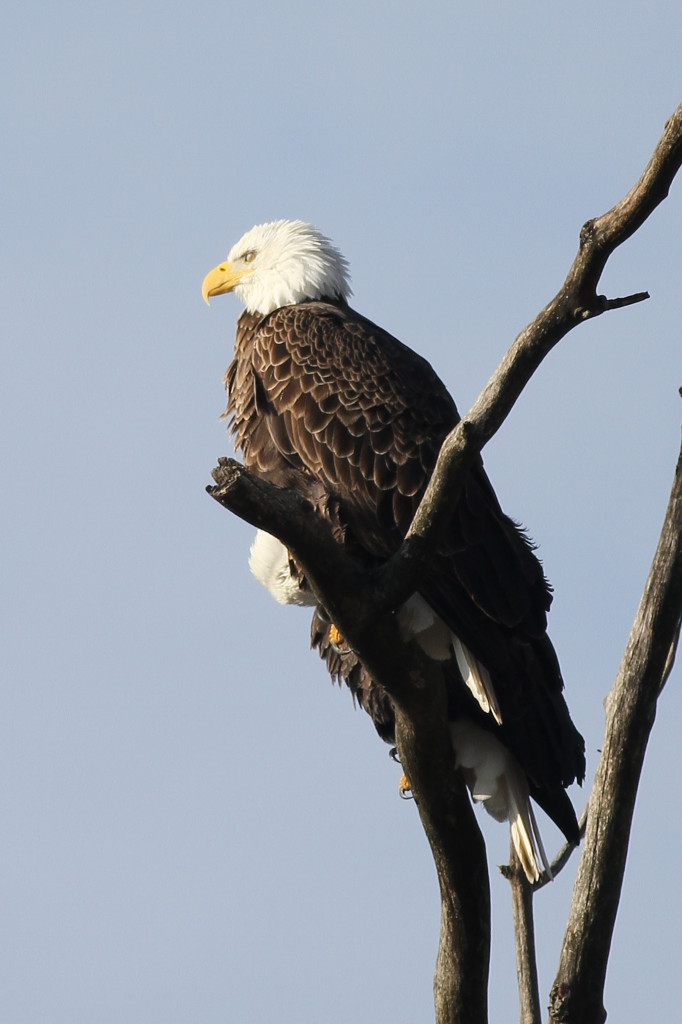 There were two eagles perched side-by-side! One was hidden by the other, and caught me totally by surprise! 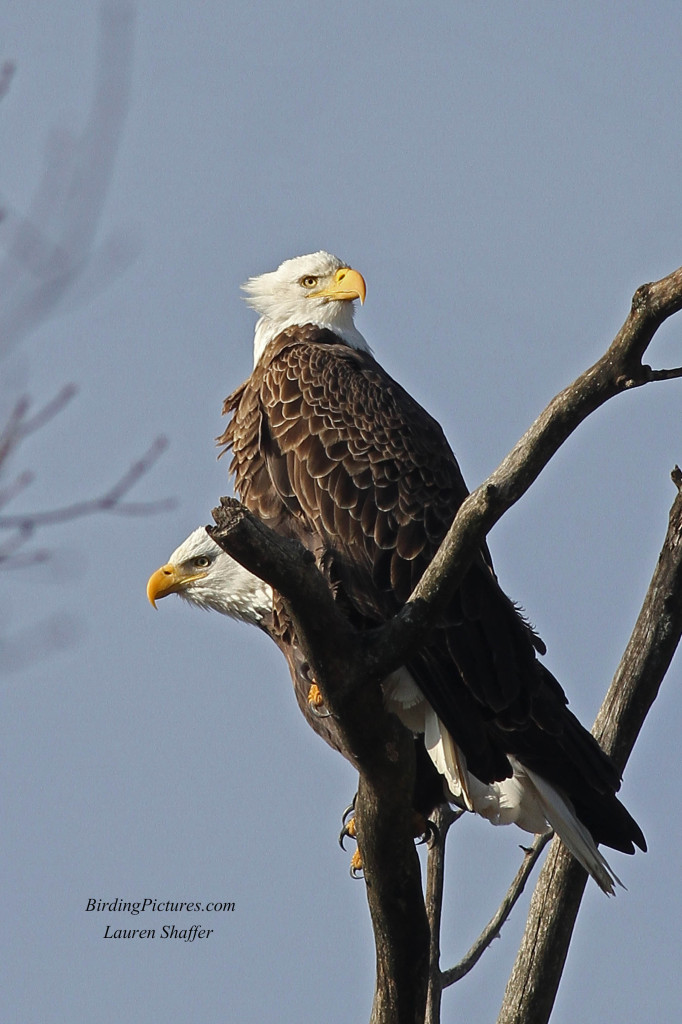 I bumped the F-stop up to keep both eagles in focus, then another car came by and the eagles became restless and one took off. 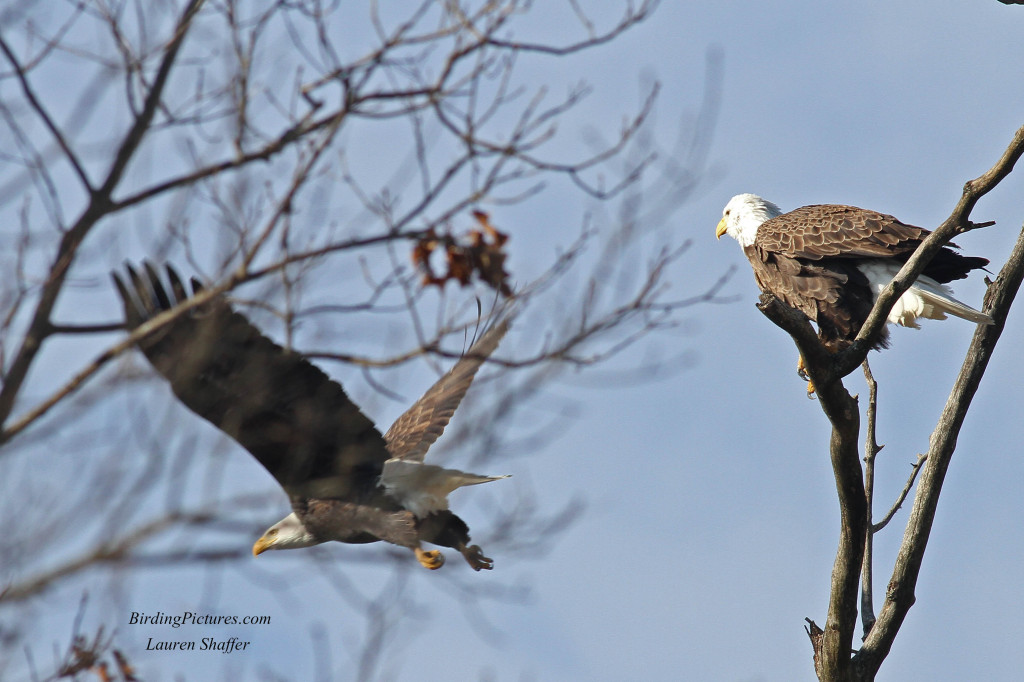 The remaining Bald Eagle prepared for take-off, and allowed a few shots of his regal self, making for a wonderful productive morning! 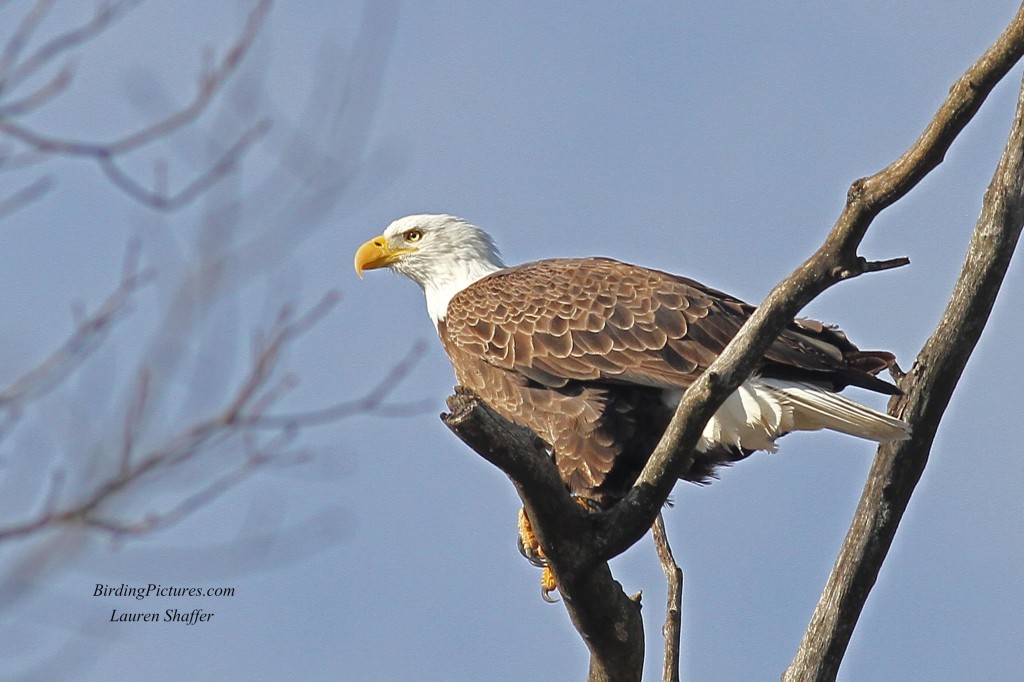 Even though Bald Eagles are often seen in our area, they are still thrilling to see! I will never get tired of photographing them!