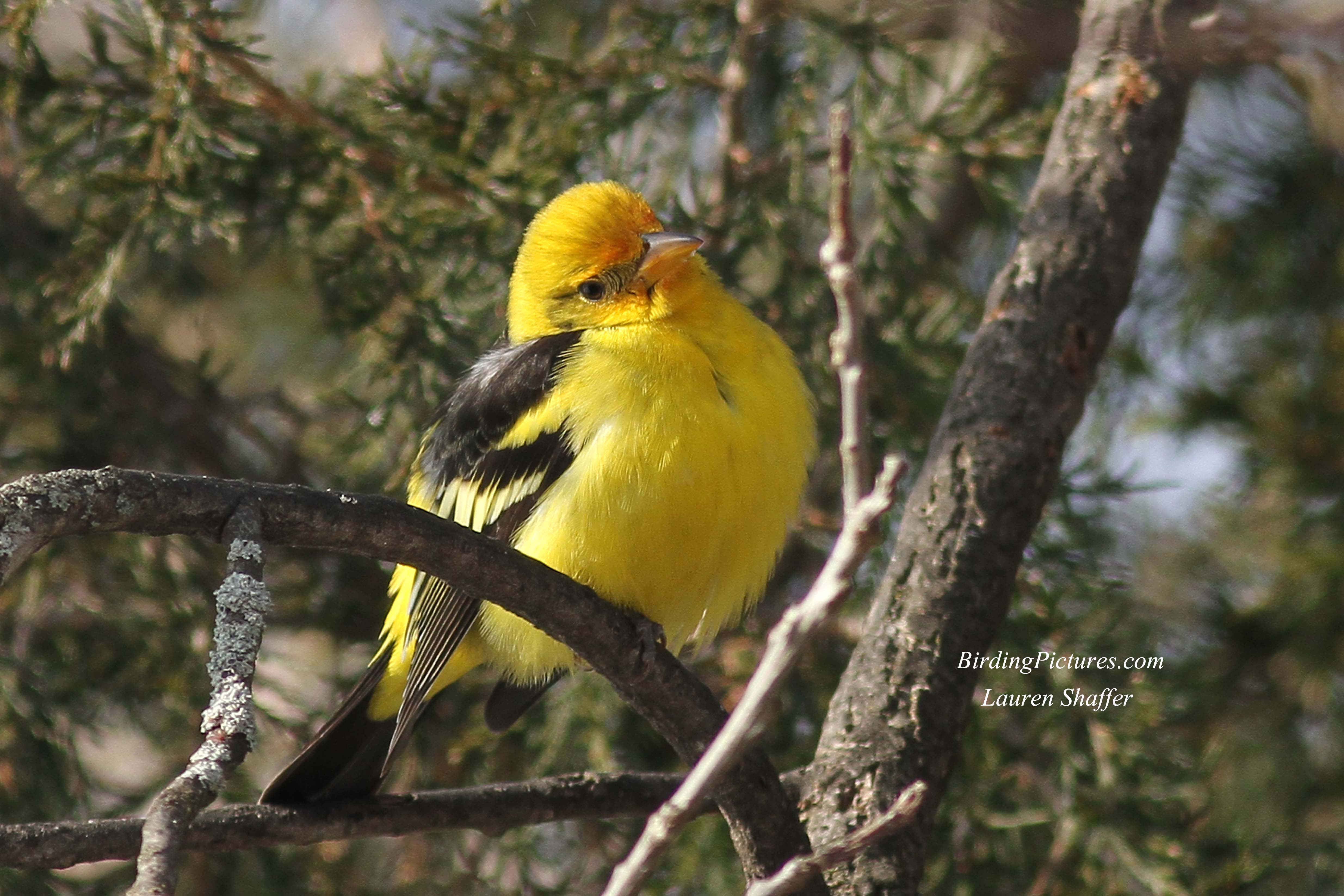 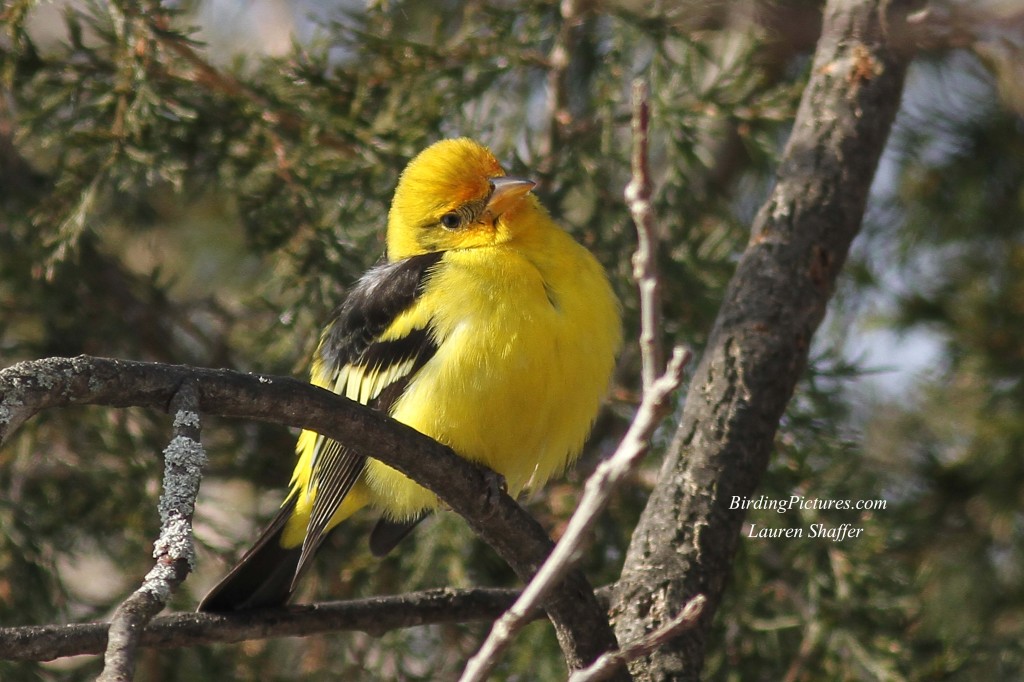 In the colorless days of winter, an adult male Western Tanager has livened things up by ending up far from its usual warm winter habitat in Central America. This beautiful vagrant is even more striking in breeding plumage, when it sports an orange-red head and bright yellow body. This bird was found in the back yard of an accommodating host in State College, PA, in November, and continues to this day in spite of the freezing cold. He has plenty of food, water, and cover and seems content to stay and entertain birders from all over who would like to see him. The homeowner supplies him with the usual suet, sunflower, and corn, but also with freeze-dried meal worms and chopped nuts. Western Tanagers also like fruit, and that is probably offered as well. 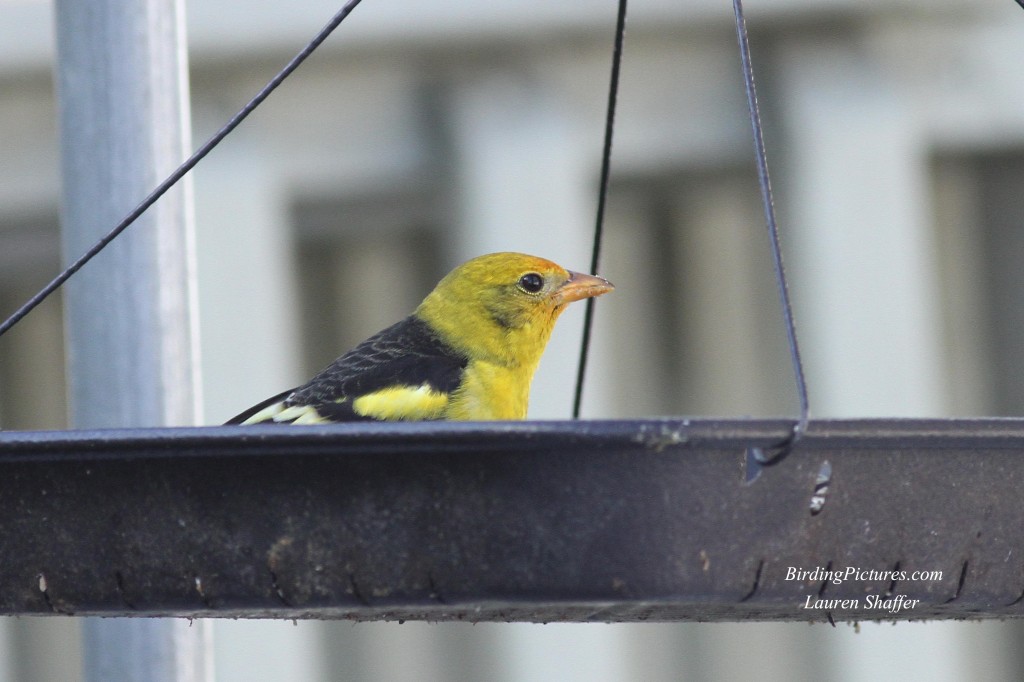 This tray feeder seems to be the Western Tanager’s favorite, as it contains meal worms, bird seed, and walnut slivers. 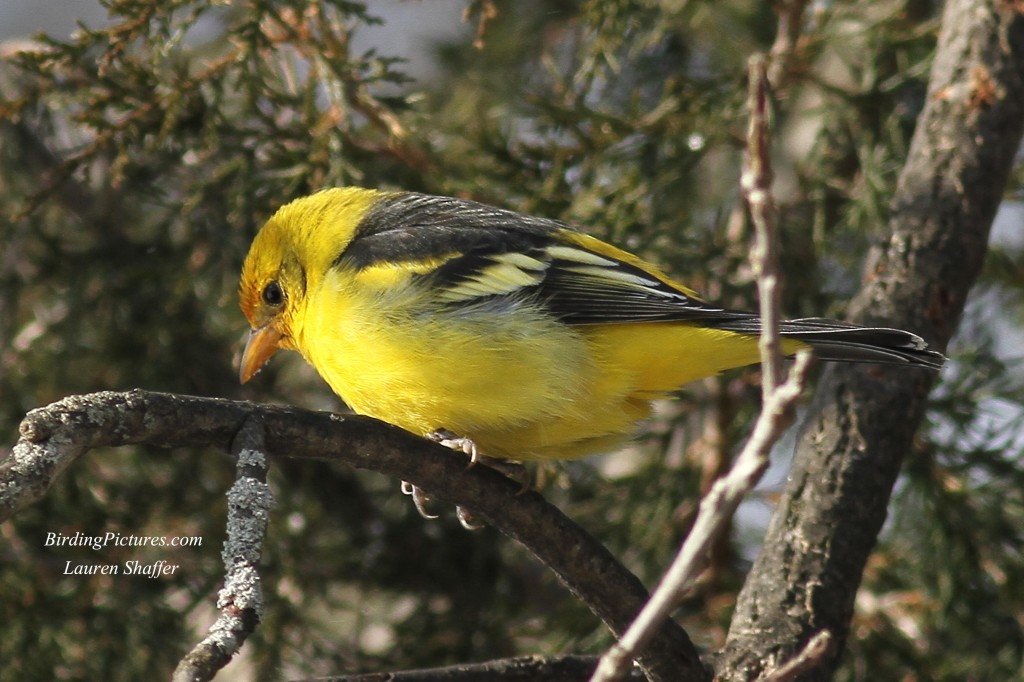 The homeowner opened his window and asked if I could see the bird, which was deep within his Cedar tree close to the many feeders in the yard. At the time, I couldn’t see him, and he encouraged me to get a little closer. Finally, the Western Tanager came out and perched in the sunlight for a minute or two, then flew to the tray feeder once more. 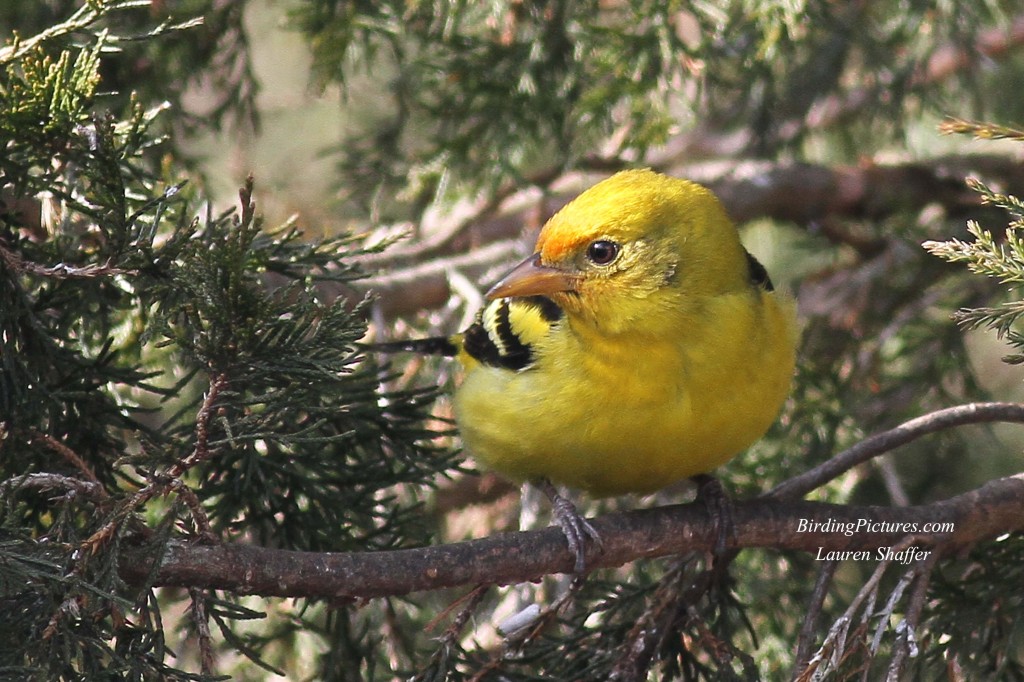 As you can see from the range map below, this bird should not be in the East at ANY time of year, and it should be well south of the United States in winter. I had seen this bird in Southern Arizona some years ago where it is expected.

Any bird which is hundreds of miles from its expected range is considered a vagrant, and will be “chased” by scores of birders who would like to see it and “list” it for their state or county. I’m not a big chaser, but the Western Tanager was only an hour away and very cooperative, so we were excited to see it.

Range Map from Cornell’s All About Birds