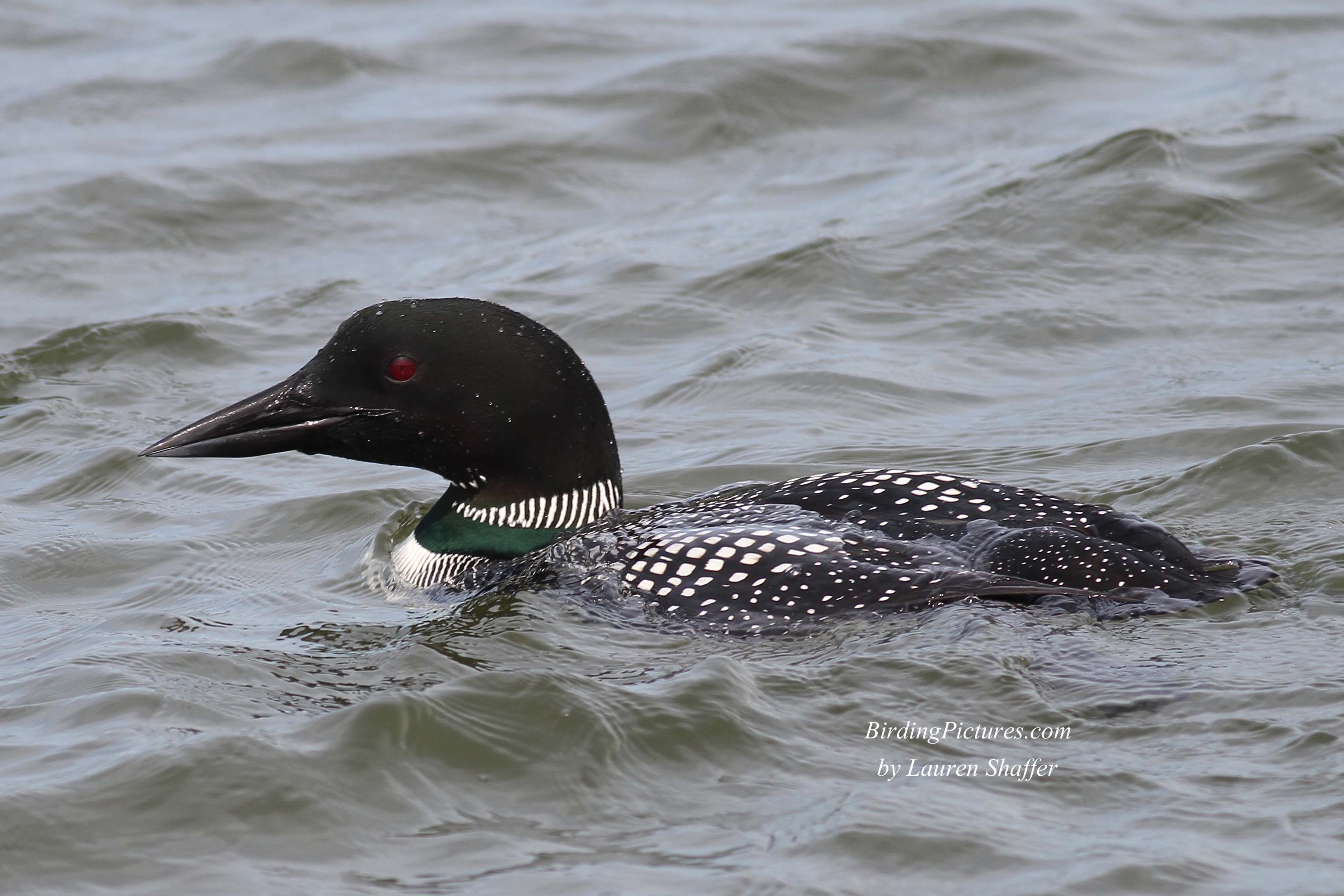 In their breeding plumage, Common Loons are the elegant black and white tuxedo-clad birds of the northern lakes and the oceans. They sport a dagger-like bill and a red eye, white stripes on the neck and spots on the back, making for a handsome sight.  Their tremulo calls and yodels have been called “the laugh of the deeply insane,” but most believe them to be eerily beautiful. 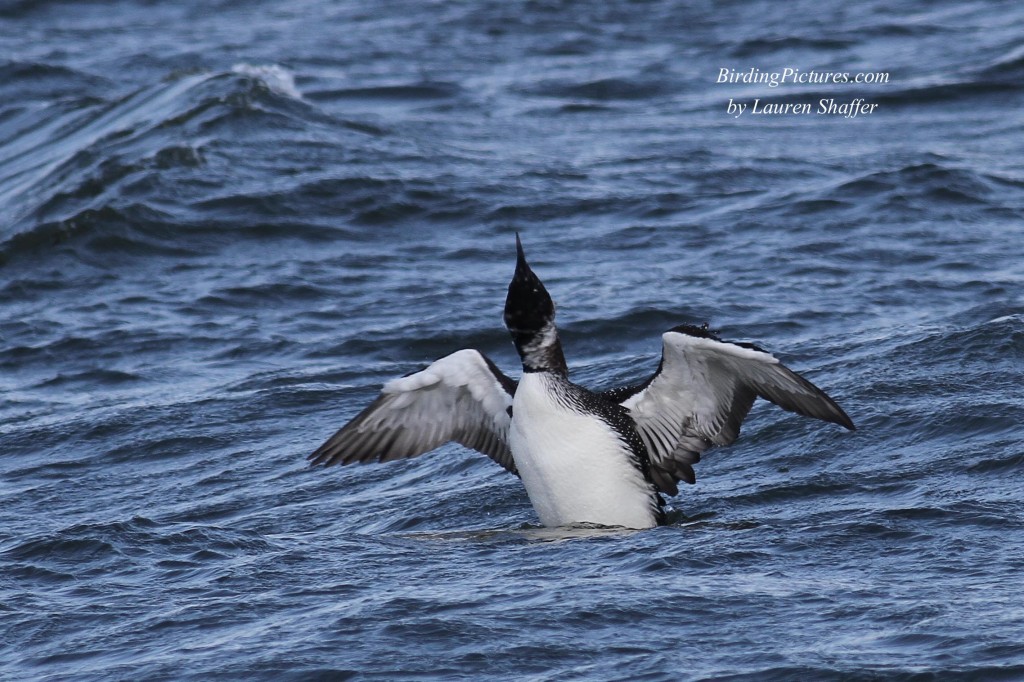 While watching this handsome loon at the lake at Montour Preserve, I witnessed an immature Bald Eagle harassing him, diving low over the bird as it rose up out of the water with bill up in the air in its territorial display. The eagle settled down on the support structure of the dam for awhile, but every time I heard the Common Loon give its cry and saw it rise up out of the water, I knew the eagle was on the move. Sure enough, it was flying over the water again. 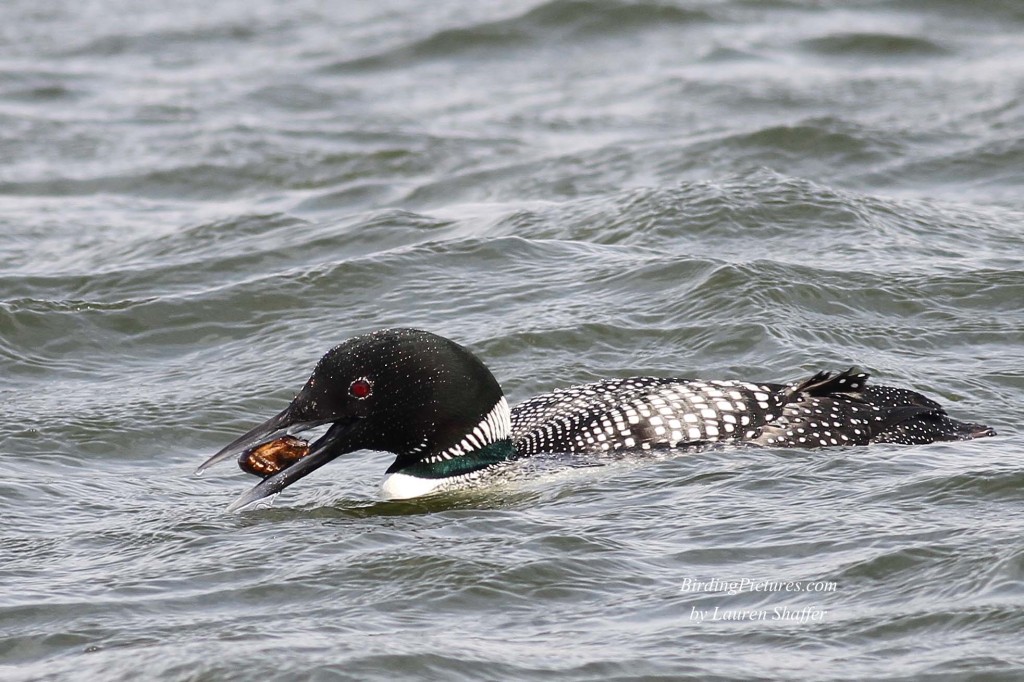 Common Loons are incredible divers. Unlike most birds, their bones are heavy, not hollow. They can easily deflate their lungs and dive below to pick up fish and crustaceans to eat. Cornell’s website, Allaboutbirds.com says,

their fishing pursuits underwater are something to behold. Loons shoot through the water like a torpedo, propelled by powerful thrusts of feet located near the rear of their body. When their quarry changes direction, loons can execute an abrupt flip-turn that would make Olympic swimmers jealous: they extend one foot laterally as a pivot brake and kick with the opposite foot to turn 180 degrees in a fraction of a second.

It was fascinating to watch this bird dive down for several minutes, come up far from where it went down, and appear with a very large crayfish!

Although these photos were all taken the same day in March, some were still in their winter plumage. The black neck with the striped collar has been replaced with an irregularly-marked white neck. 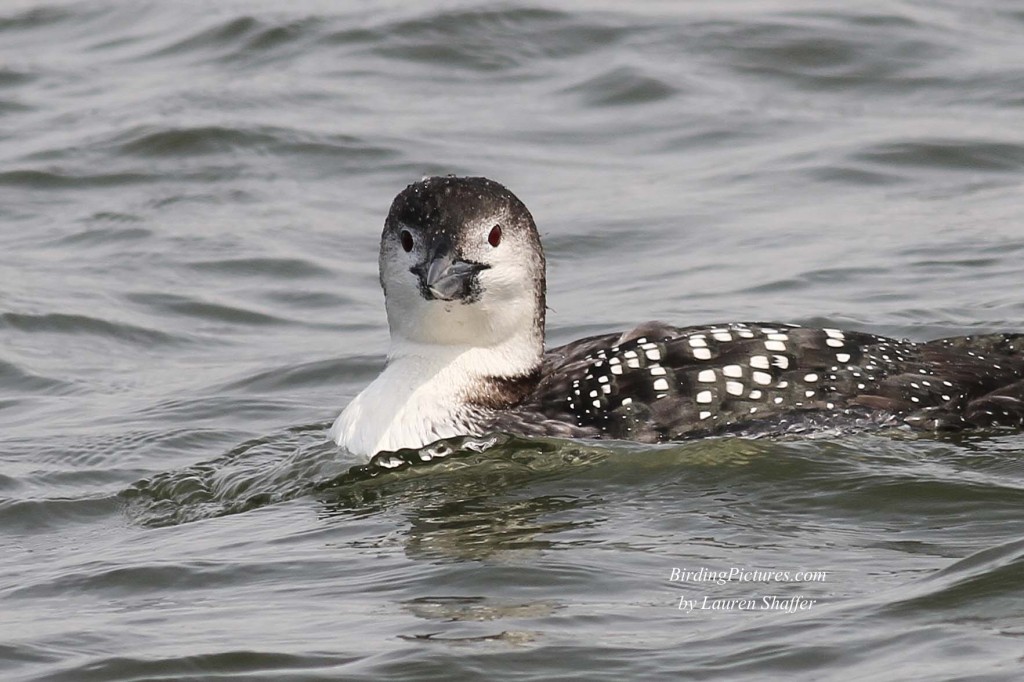 He’s still a powerful looking bird though!  When visiting Montour Preserve or Rose Valley Lake in winter, be sure to scan for these beautiful birds and keep your ears open for their haunting calls!