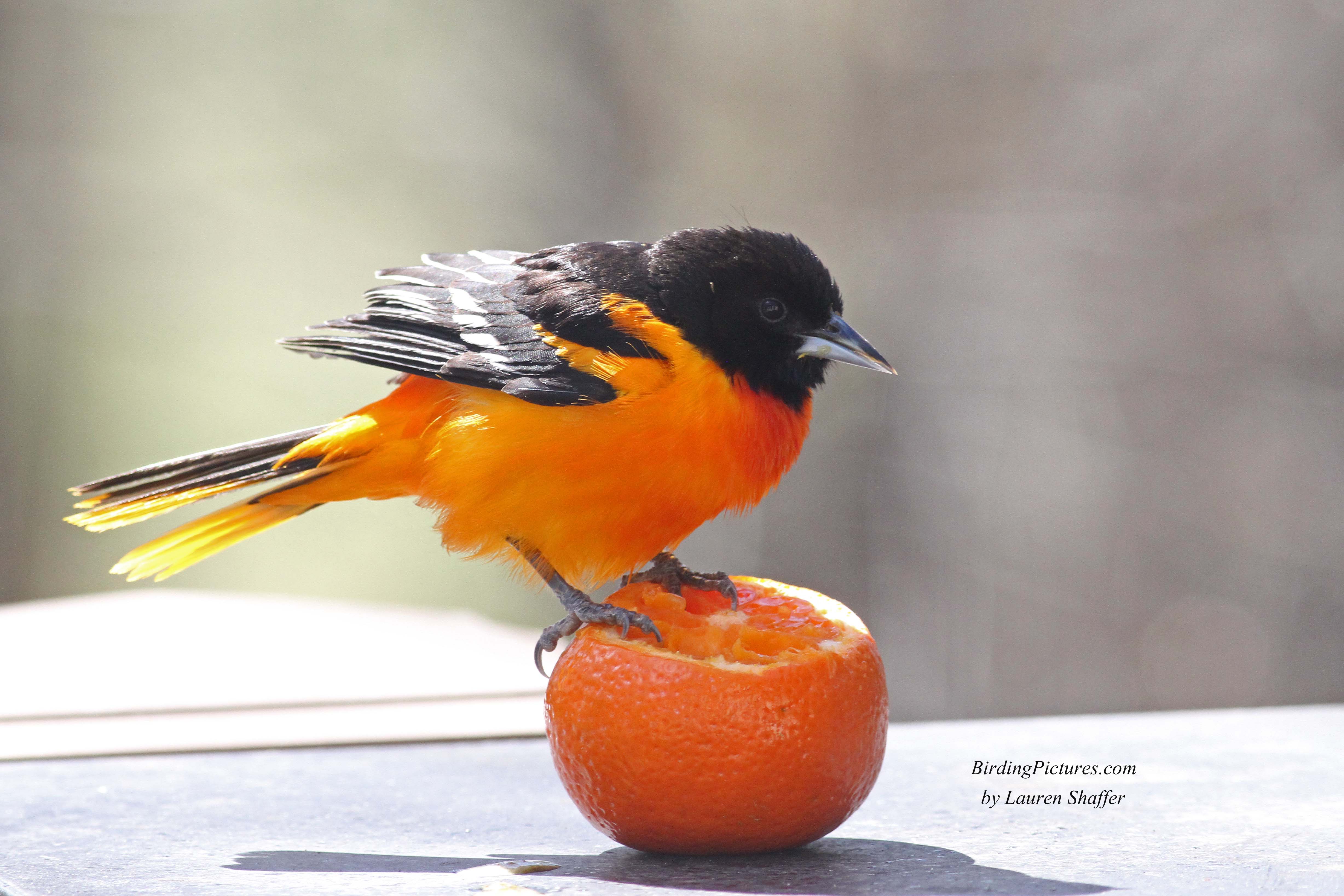 For years, I have attempted to attract Baltimore Orioles to oranges during migration. I would see them in the yard, but they turned up their noses, er, beaks, at the expensive gift that I put out for them. Finally, last year, not one, but several came to sample the small Clementines that I put out on the deck for them! I figured using Clementines would be a cheaper way to go, rather than using up an orange at a dollar a piece. I sliced off the very top of the fruit and pushed a toothpick through the base of the orange into a crack in the deck railing. Lo and behold, I got Baltimore Orioles! They came for about a week, then moved on.

This year, we got a bad batch of oranges and I cut a few up and just threw them out in the yard. When I noticed a Baltimore Oriole trying to extract some juice out of the dry piece of fruit, I put out a fresh Clementine on the deck and he came almost immediately! 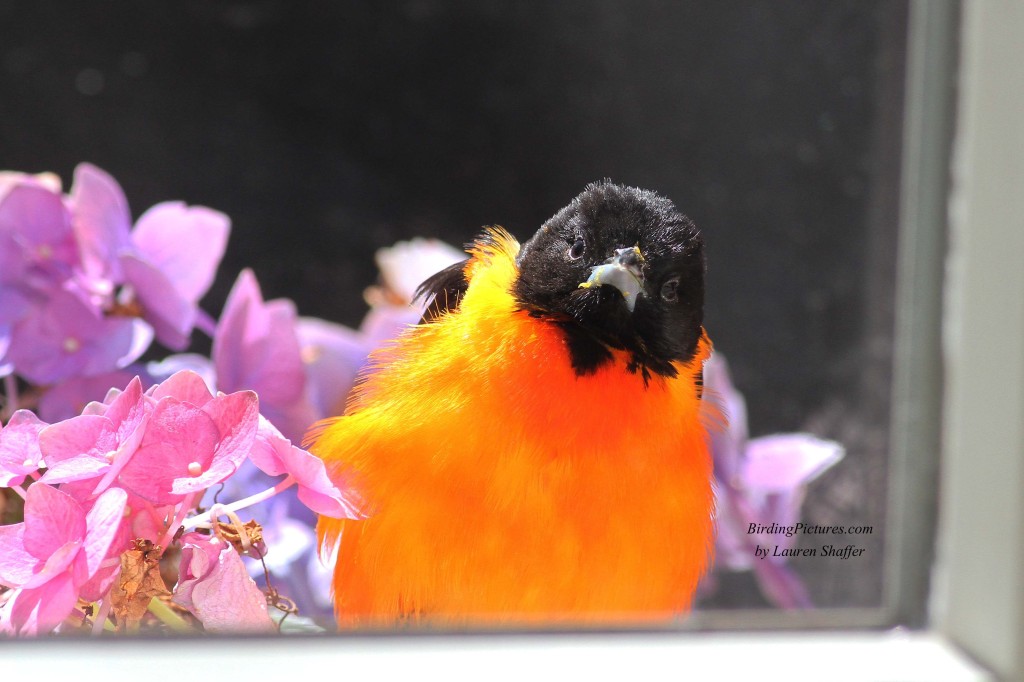 Friends had given us some Hydrangeas for Easter, and they were pushed into the corner of the deck and house to keep them from freezing. To my surprise, the Baltimore Oriole decided this was a great place to hang out, looking in the window at me on the computer, the dog lying by the window, and not moving even when we were vacuuming! In fact, the poor thing must have been exhausted from his travels during migration. 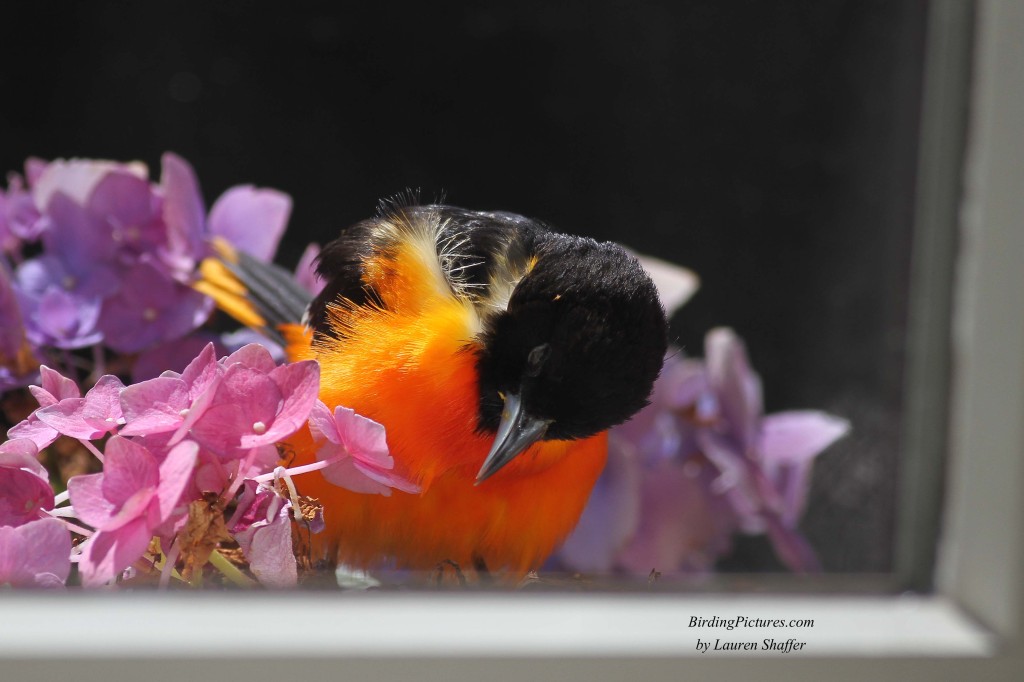 As I watched, his head drooped lower and lower, and he slept a little. As you can see, he is right up against the window. 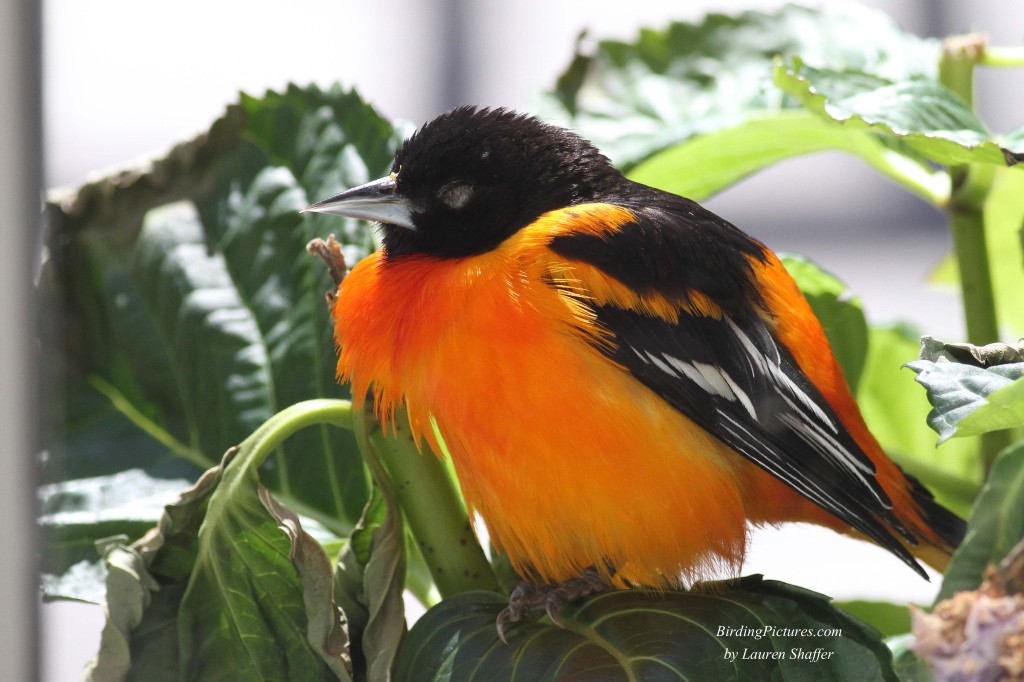 He would rouse himself, look at the goings-on inside, then one eye would close, then the other, and he would conk out again. I began to wonder if he was sick, but the next day, and the next, he returned many times for more fruit and some grape jelly. In fact, he ignored the Clementines completely, and snacked on the jelly exclusively. He must have found other places to perch out of the wind, because he didn’t appear in the window after that first day. What a treat! That orange color is so brilliant! Truly eye-candy! 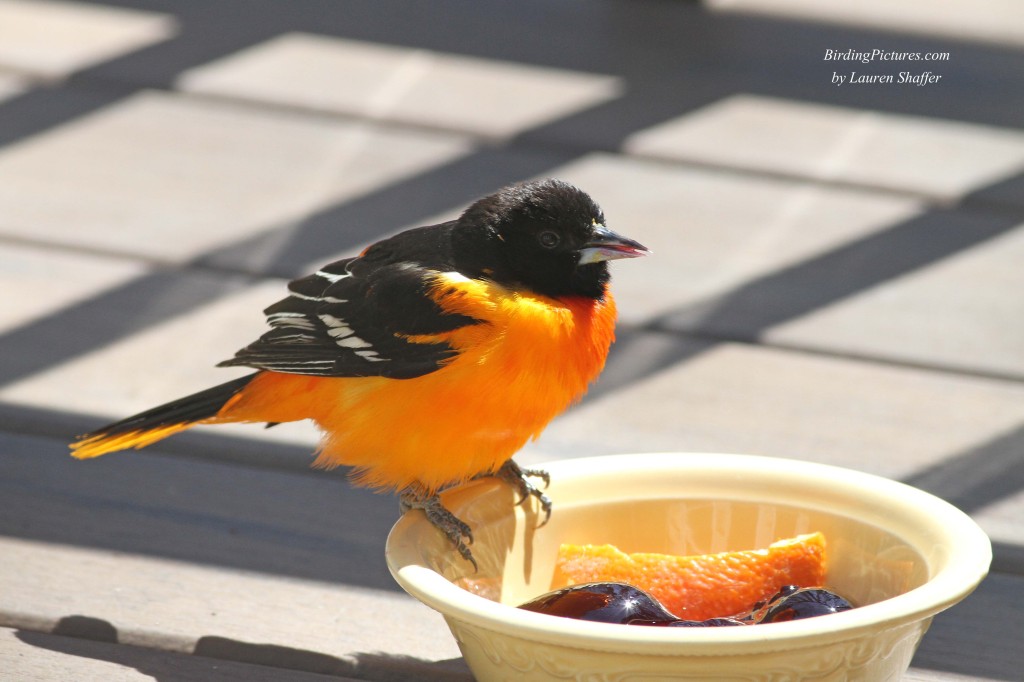 I have no idea why the Baltimore Orioles refused to come to oranges in so many previous years, and suddenly they decide they like them. But I’m glad I didn’t give up and was able to enjoy seeing this beautiful bird refreshing himself on his journey northward. Perhaps it’s the Clementines that they prefer. Who knows?