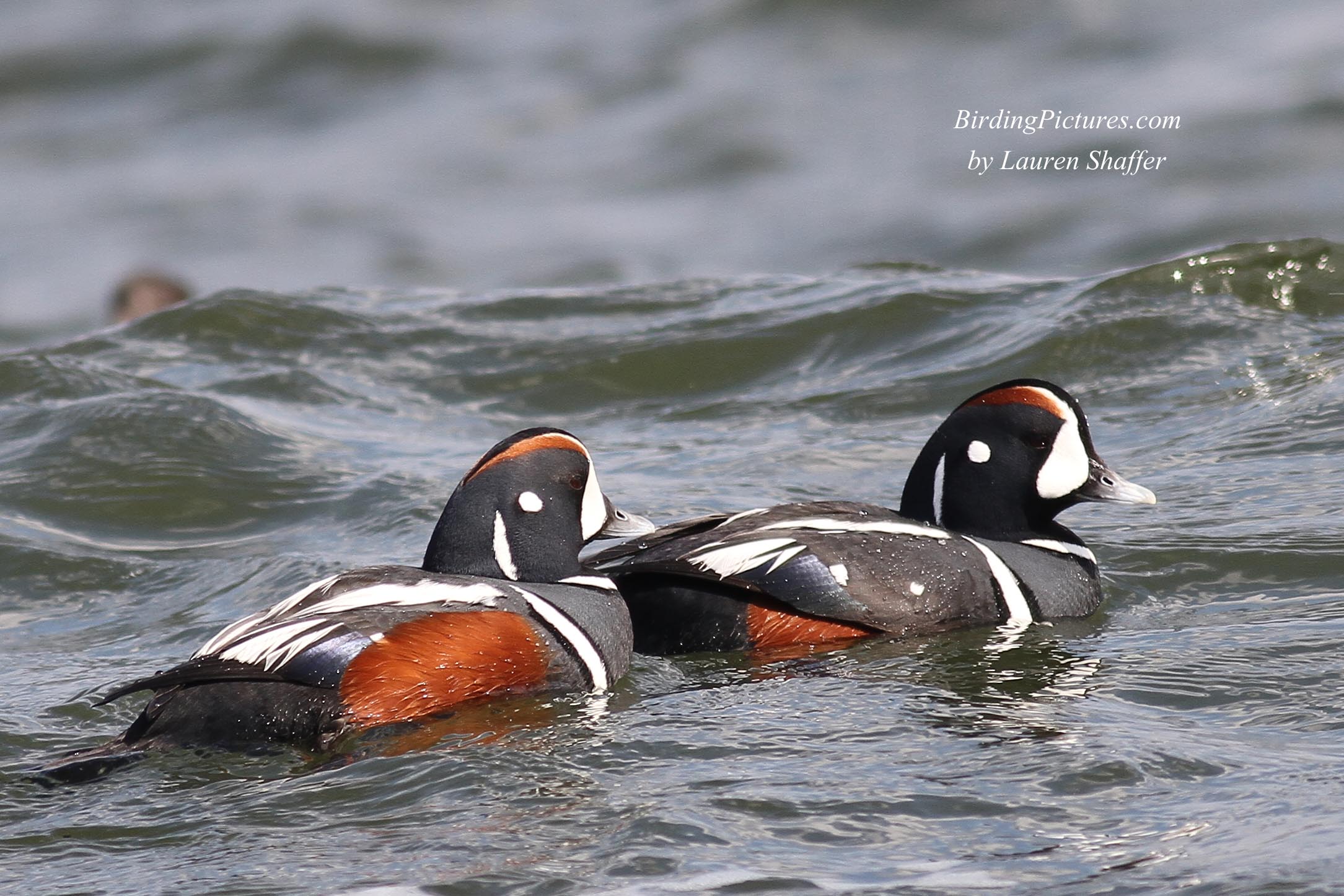 Harlequin Ducks are a feast for the eyes with all those stripes, spots, and exotic coloring going on! If you really want to see them though, it may require a trip in winter  to Barnegat Lighthouse, New Jersey, and a treacherous walk along the giant rocks that make up the almost mile-long jetty. This year and last, however, the ducks were still hanging out there in late March and early April, so even though there was a blustery cold wind off the ocean, at least there was no ice to contend with on the rocks! 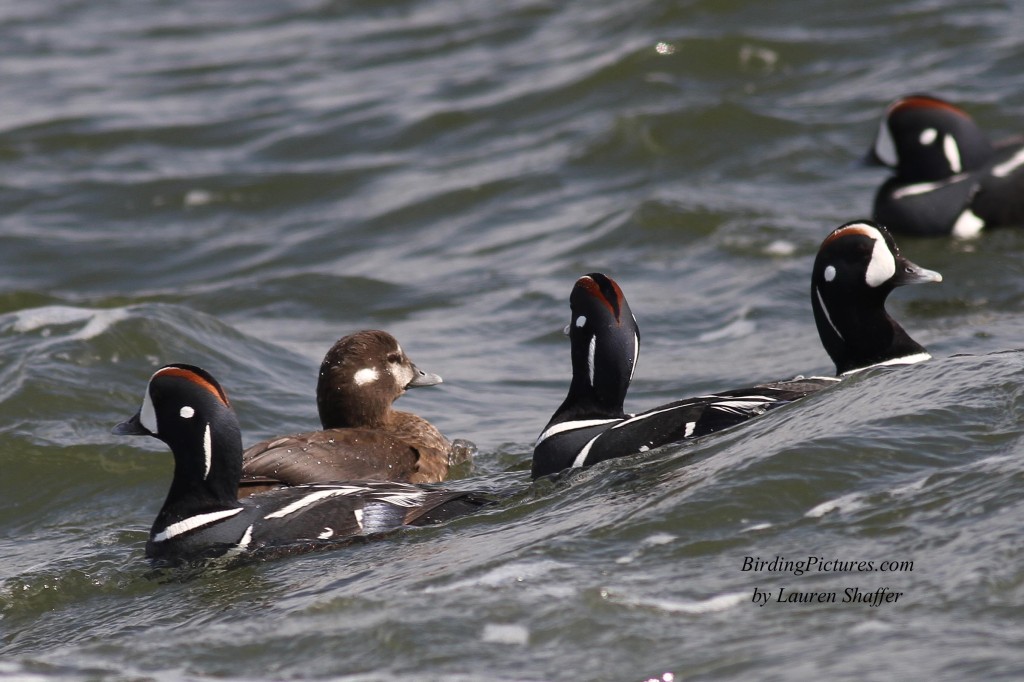 The male Harlequins are slate-gray with stark white spots and bright rust on the top of the head and flanks. The females are much drabber brown with a cheek spot or two. These are diving ducks, and will eat fish and invertebrates such as crabs. They are very much at home along the rocky coasts. 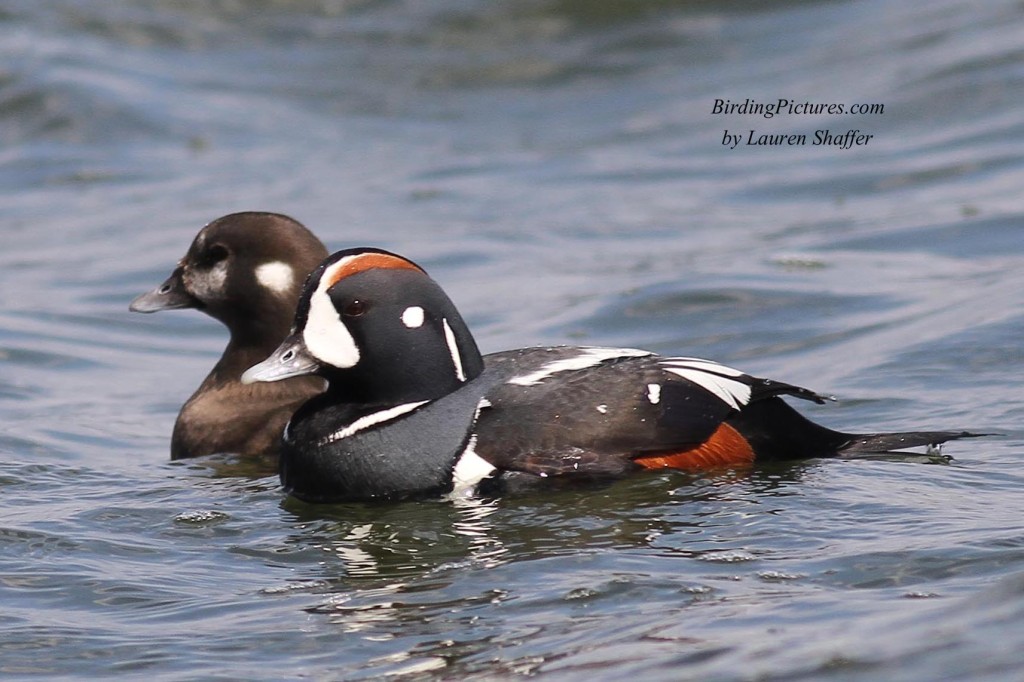 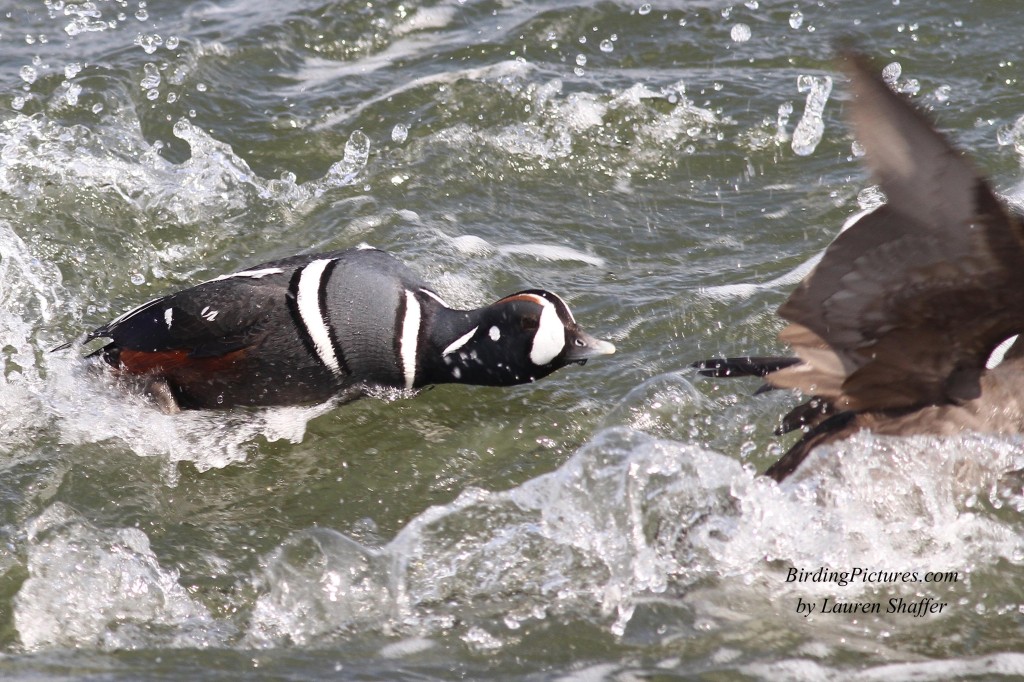 Getting aggressive! Cornell’s website mentions that during encounters like this, Harlequin Ducks make an uncharacteristic squeaky vocalization, earning it the nickname “Sea Mouse!” Click here to listen to their squeaks. 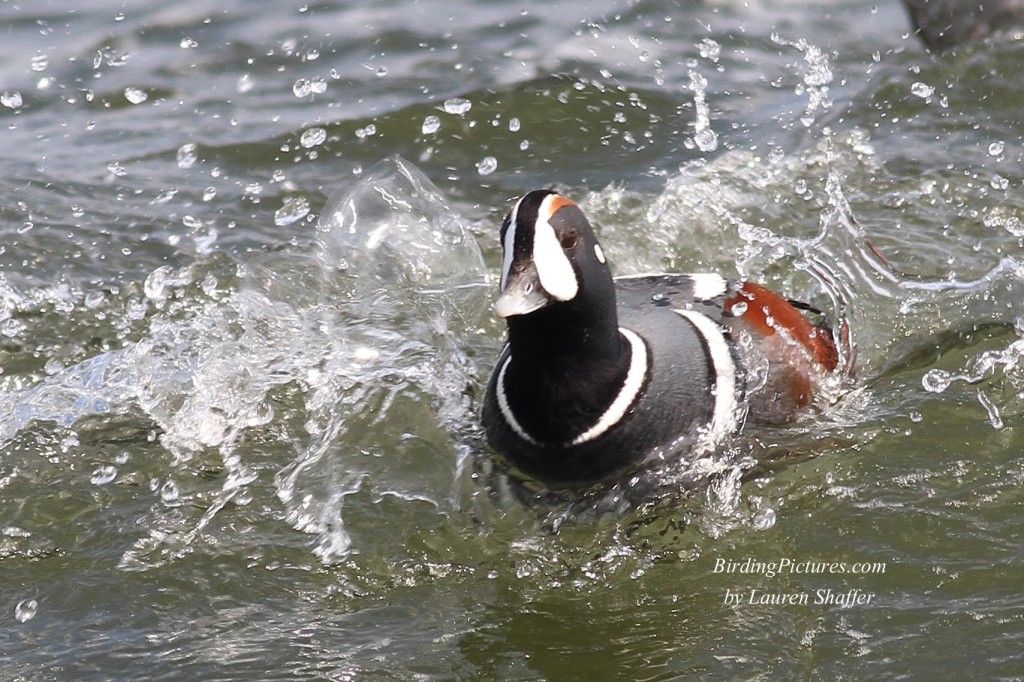 For more photos and information on winter birding at Barnegat Lighthouse, see Howard Eskin’s post about his experience and lesson learned in birding the jetty alone, and also Corey Husic’s wonderful post on Nemesis Bird which includes photos of other birds you may encounter.