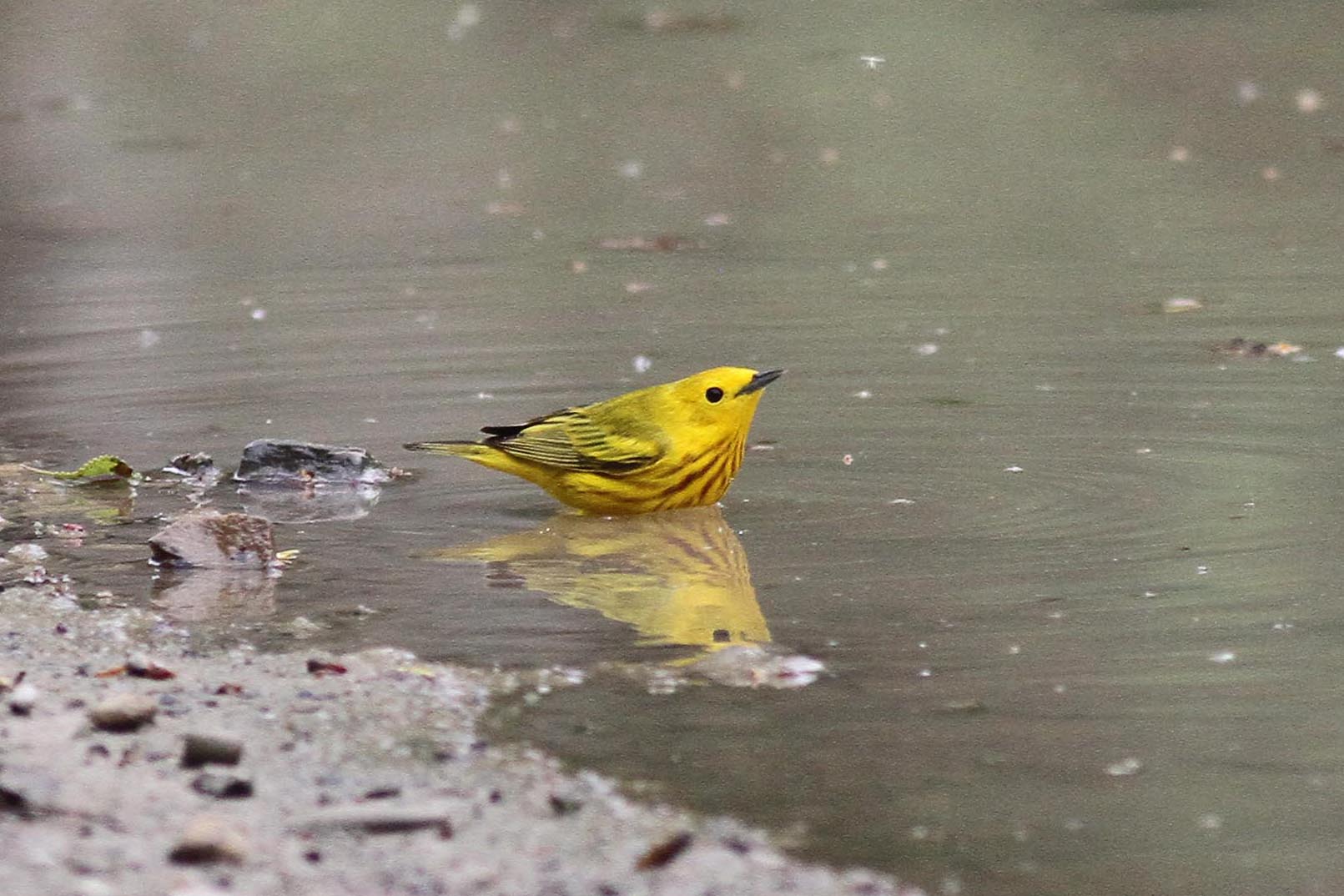 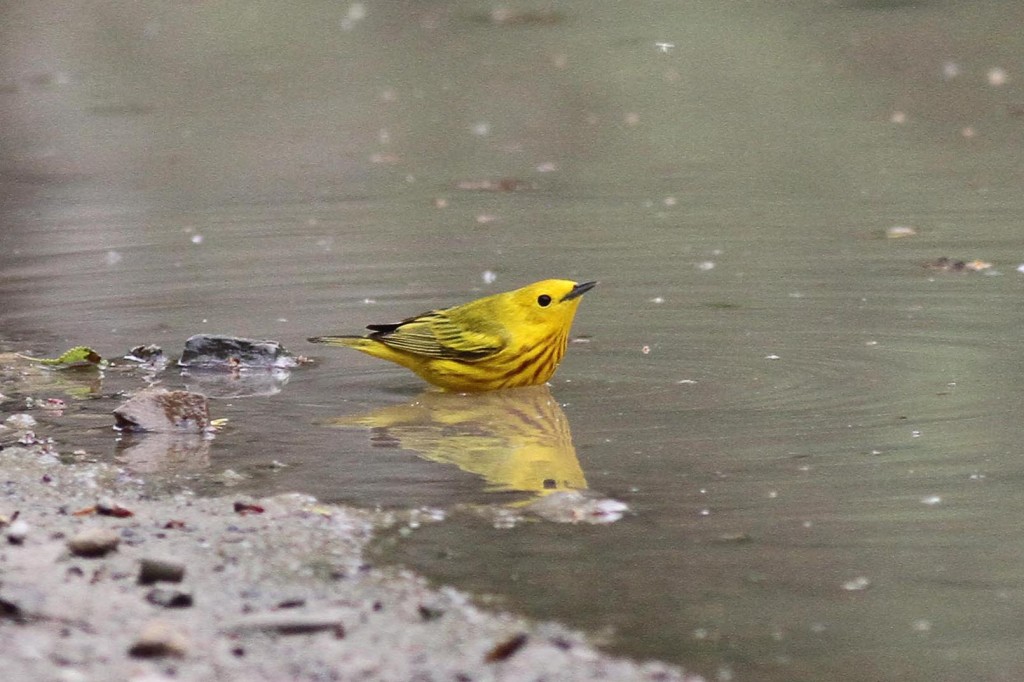 Early to mid-May is a warbler frenzy, both for the warblers migrating through the area and for the photographer who wants to catch these little jewels on camera. So what do you do when you are at Presque Isle for less than 24 hours, the light is horrible, the leaves are out, and it’s threatening to rain? The first day yielded few visible warblers, so I went to my secret spot which had a couple of inviting mud puddles, sat down at the edge of the trail at a respectful distance, and prepared for the show!

Because of the distance and the poor light, you will have to enjoy the variety of the warblers rather than the sharpness of the photos!

First was a beautiful male Yellow Warbler, making quite a splash! 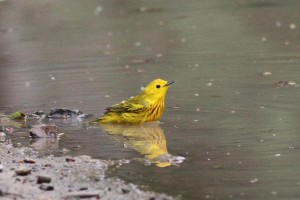 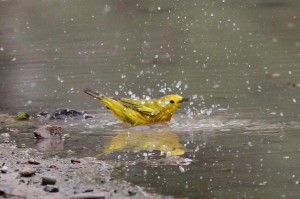 Next was a female Yellow-rumped Warbler. 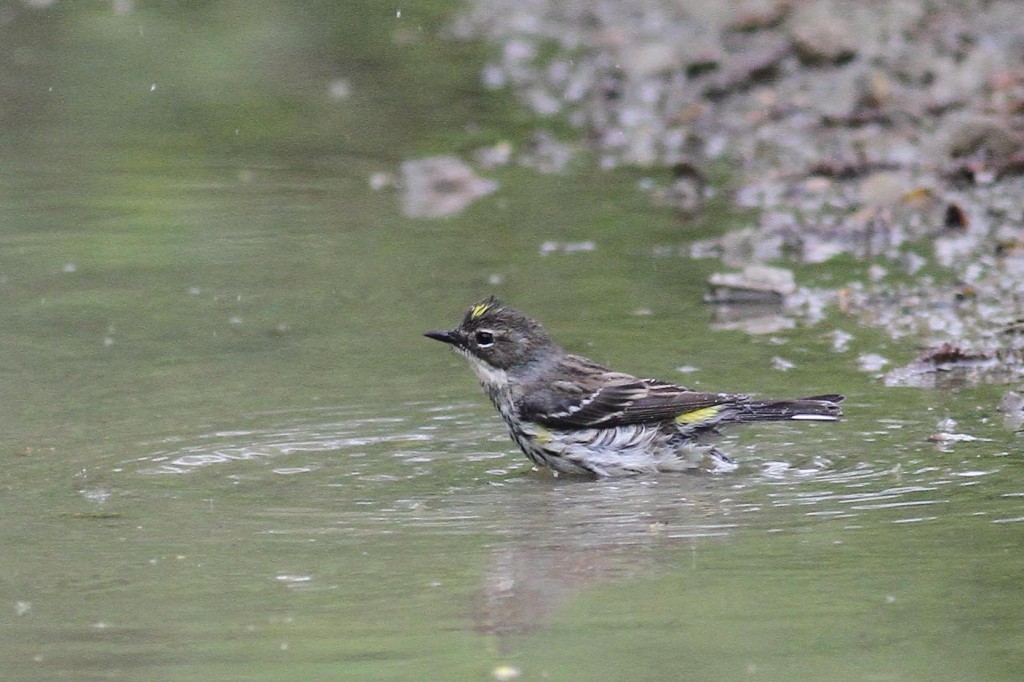 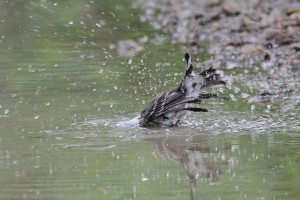 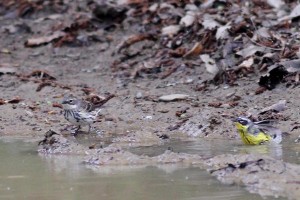 Then a gorgeous Magnolia got in on the act! 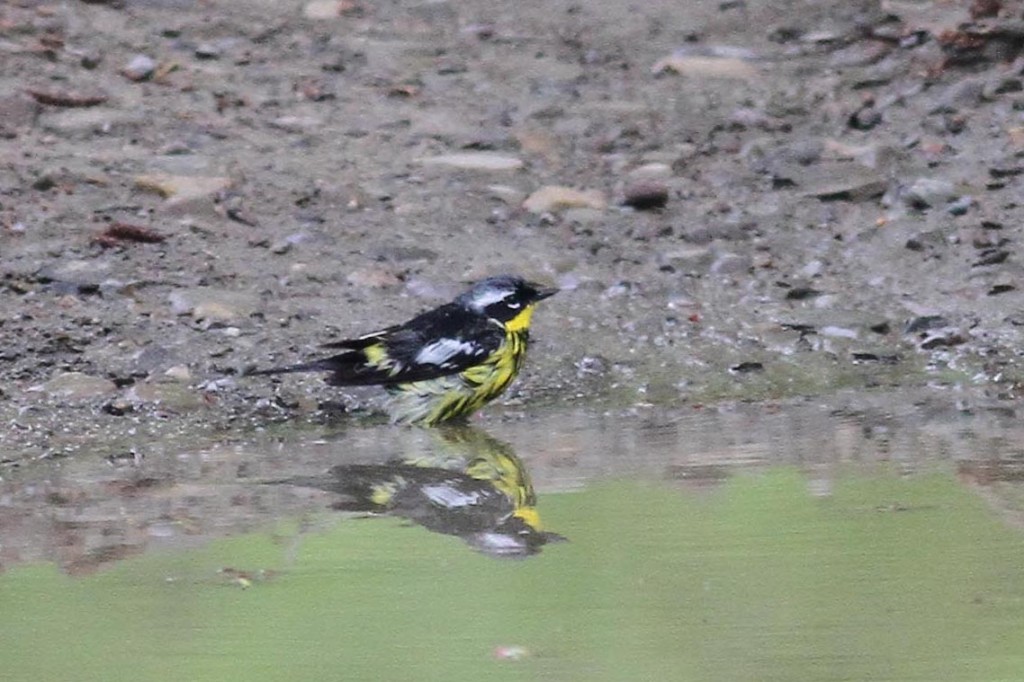 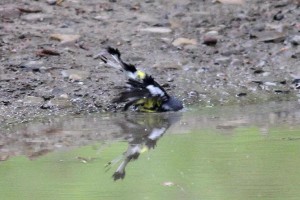 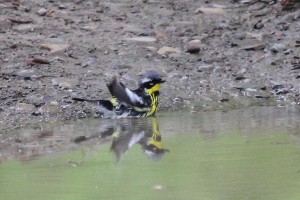 A handsome male Black-throated Blue walked up and back to the puddle, then decided he’d better not take the risk, and he flew away. 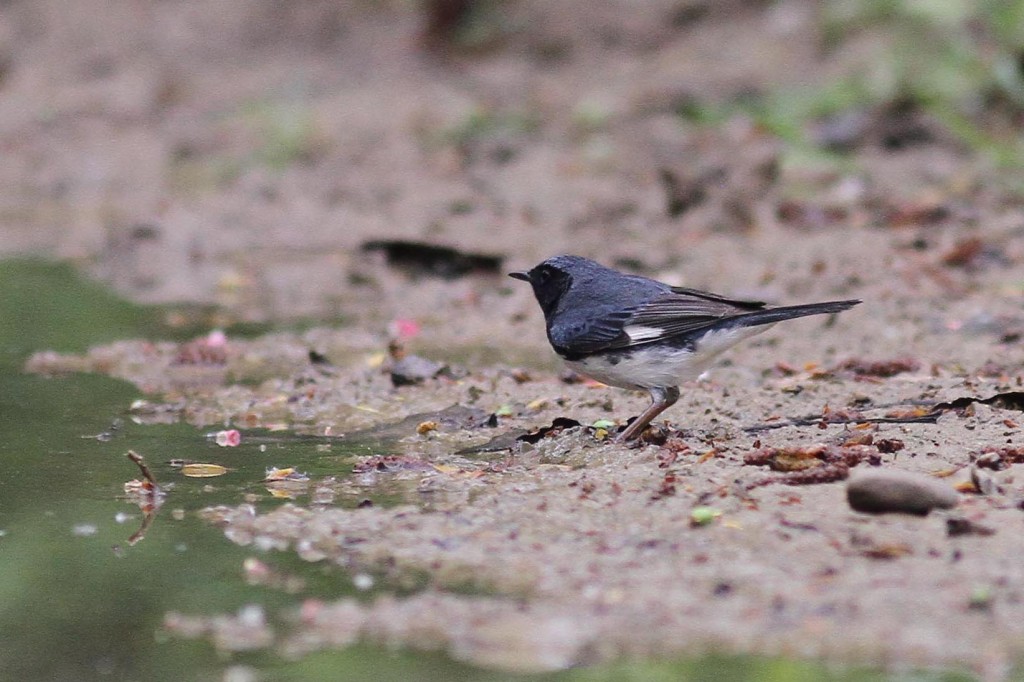 Just when I thought it couldn’t get any better, a male and female Bay-Breasted Warbler came separately to the water. 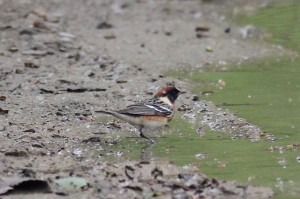 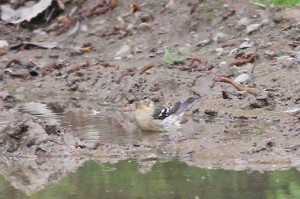 Male and female American Redstarts and a Chestnut-sided Warbler also joined the parade! 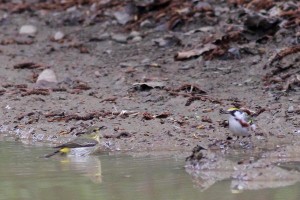 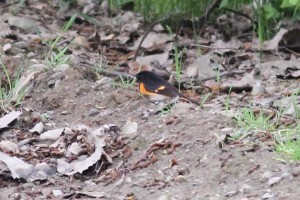 Then came a Blackpoll Warbler. 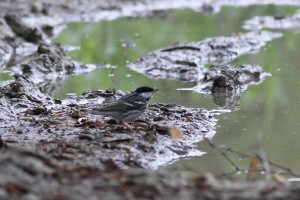 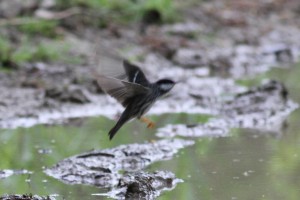 Another Chestnut-sided Warbler and a female Cape May! 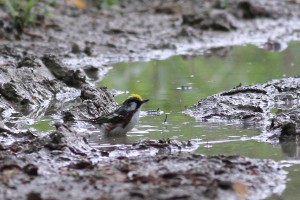 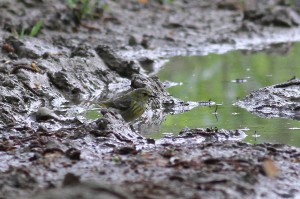 A Tennessee and a Wilson’s Warbler!  Unbelievable! 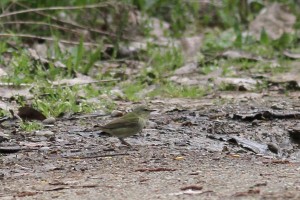 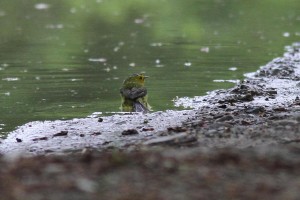 Besides warblers, Catbirds, a Brown Thrasher, a Robin, and two Barn Swallows came for a drink and to gather nesting material. Mud, leaves, and rootlets make for strong nests for some birds. 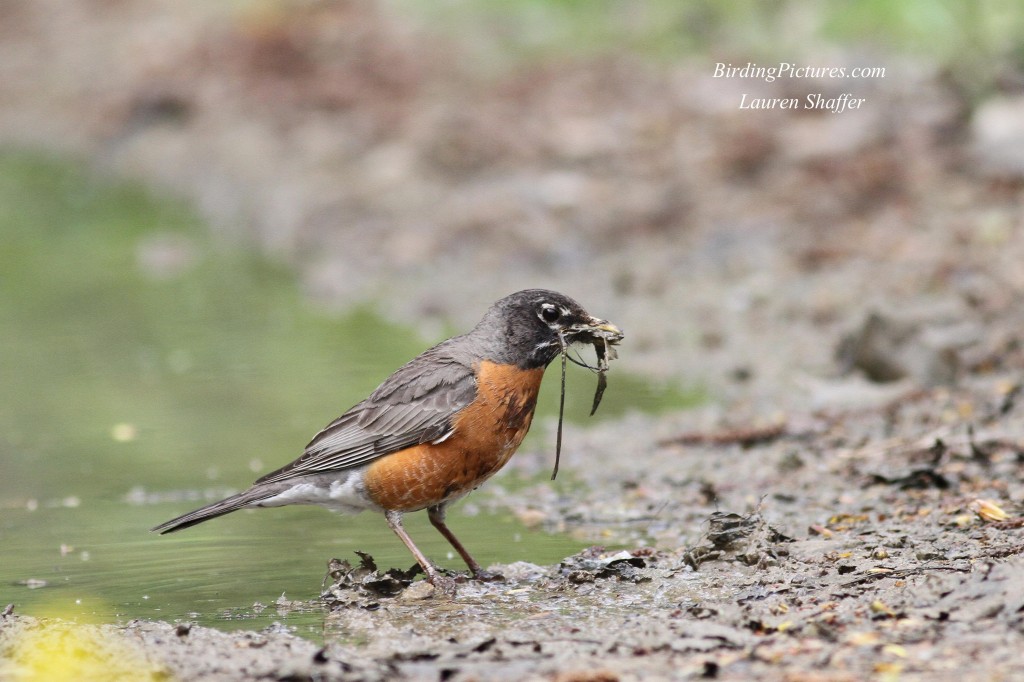 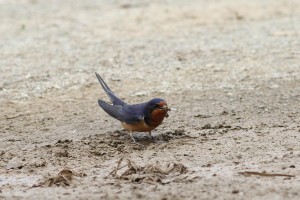 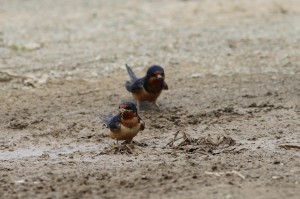 Even though it was not the parade of pictures that I had hoped for, it was certainly a wonderful experience to sit and observe what can happen in an hour at a mud puddle!