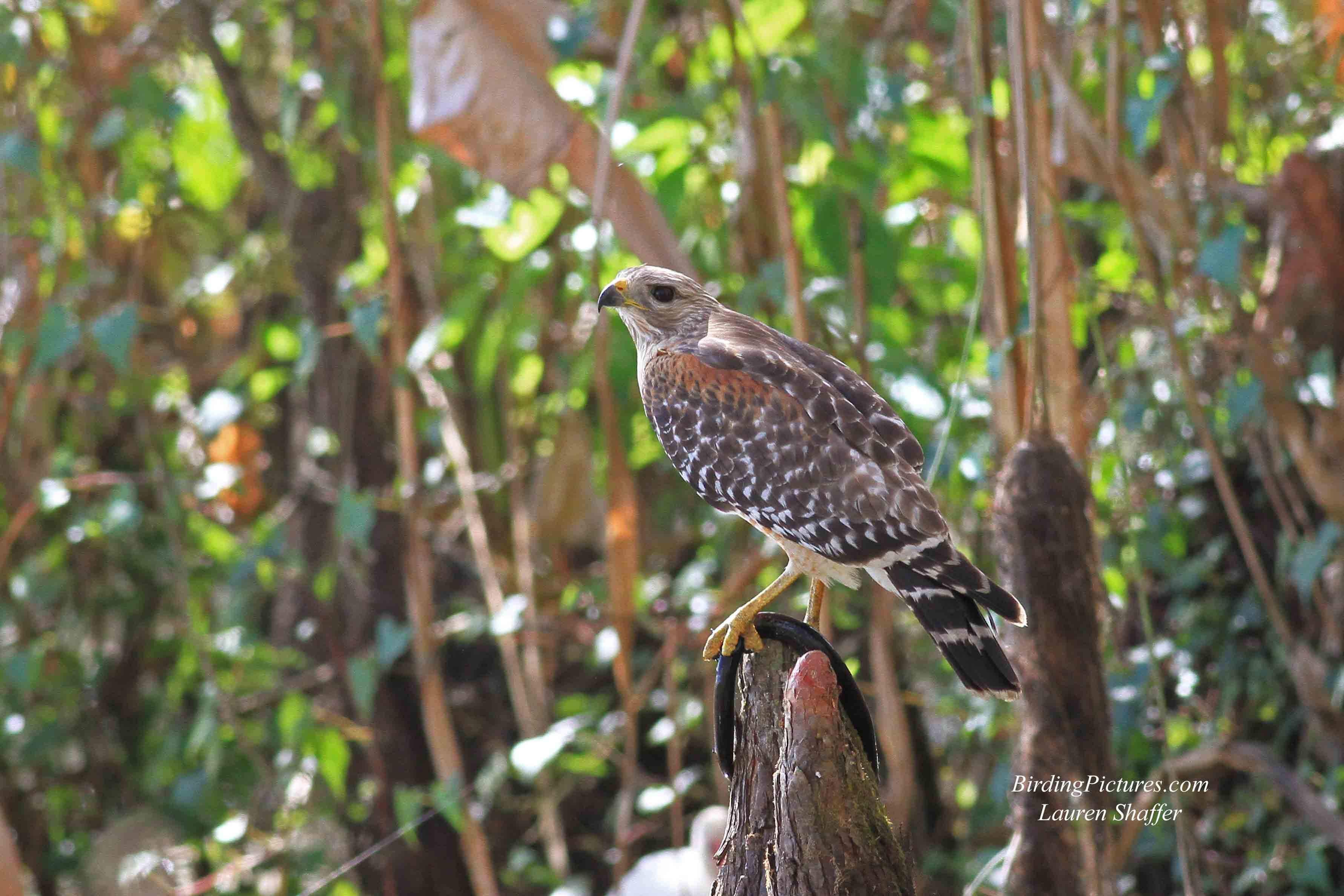 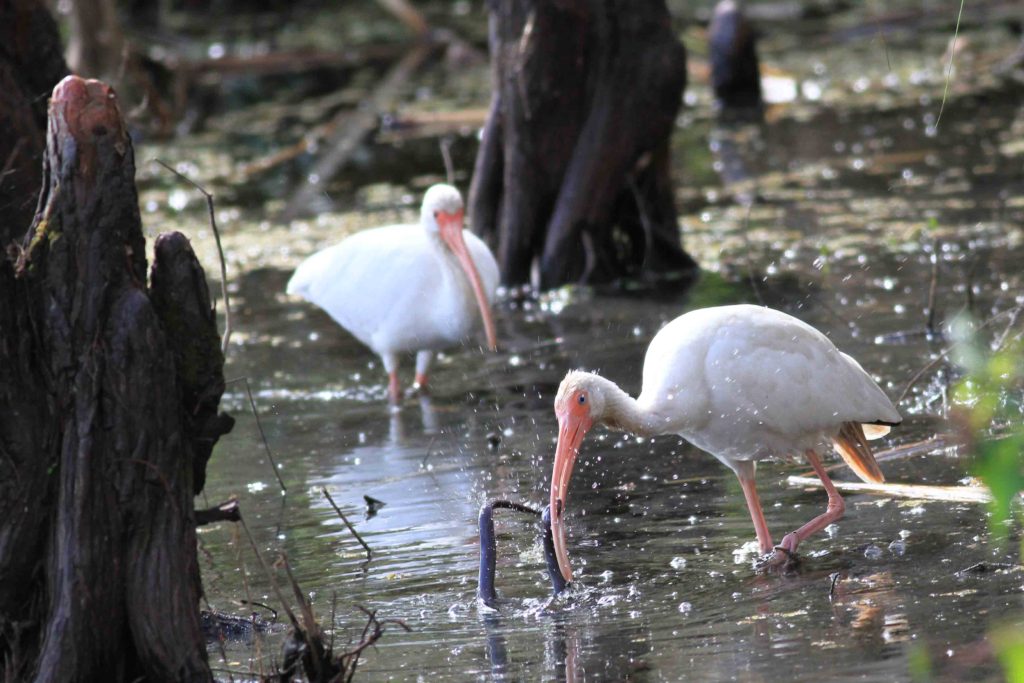 A fascinating food fight took place along the boardwalk at Corkscrew Swamp near Naples, Florida. A variety of wading birds including White Ibis and a few herons were busy feeding. A White Ibis pulled up a Black Racer* from the muddy bottom after punching his long curved bill multiple times into the water. He grabbed it by the head and beat it up and down, even giving it a good shake! 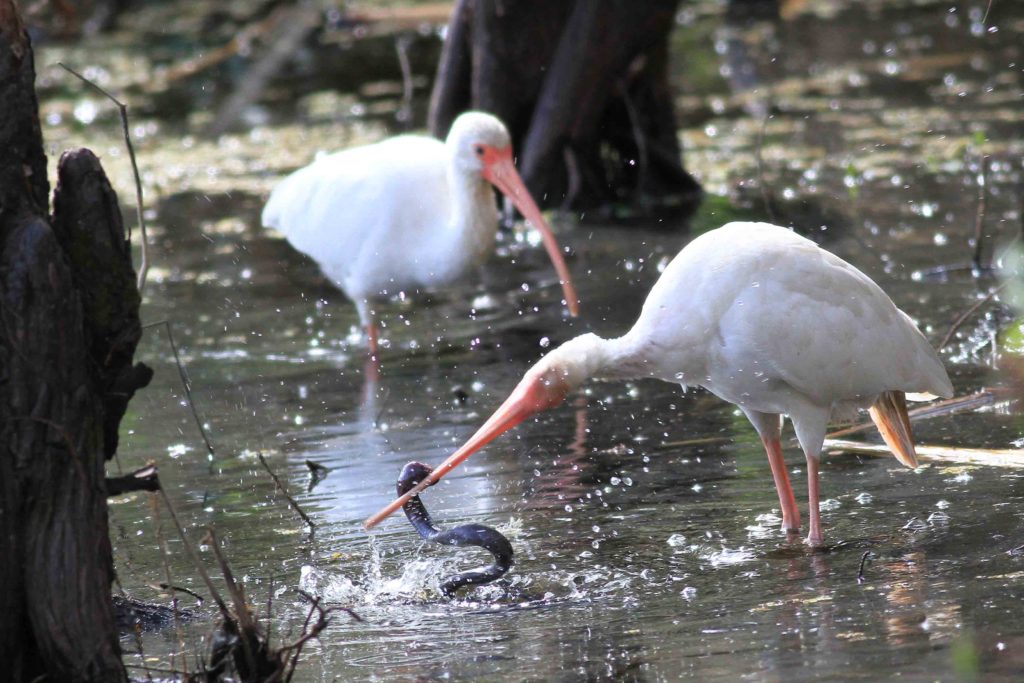 Suddenly, I noticed a Red-shouldered Hawk sitting about 10 feet away on the knob of one of the Cypress knees, watching the Ibis with the snake. When the snake seemed completely subdued, the Red-shouldered hawk made its move, flying over to the Ibis and stealing his lunch! 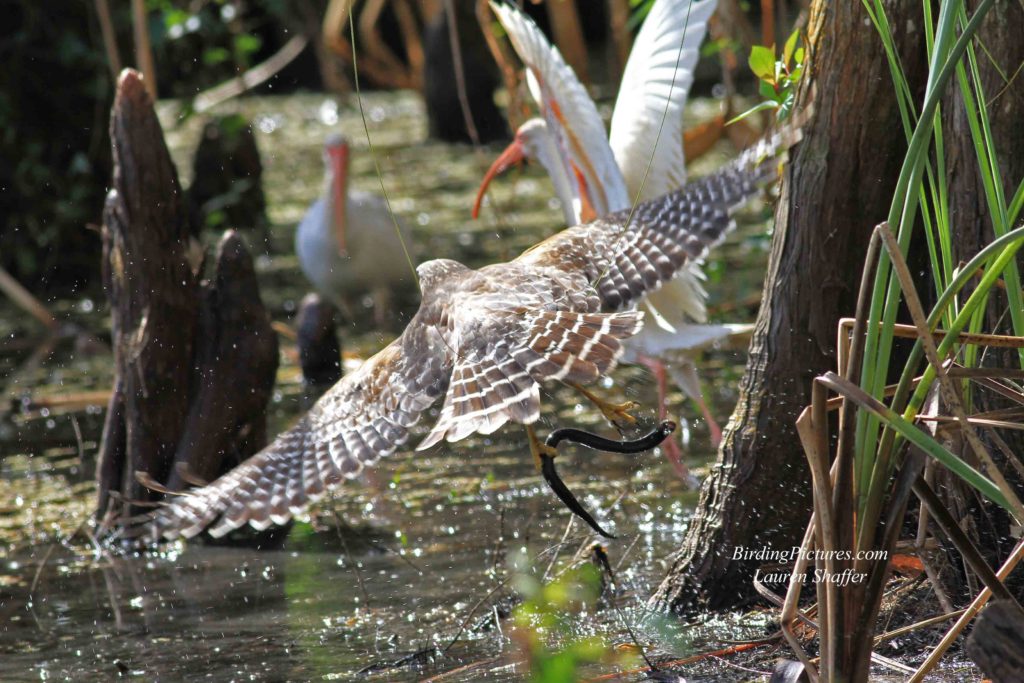 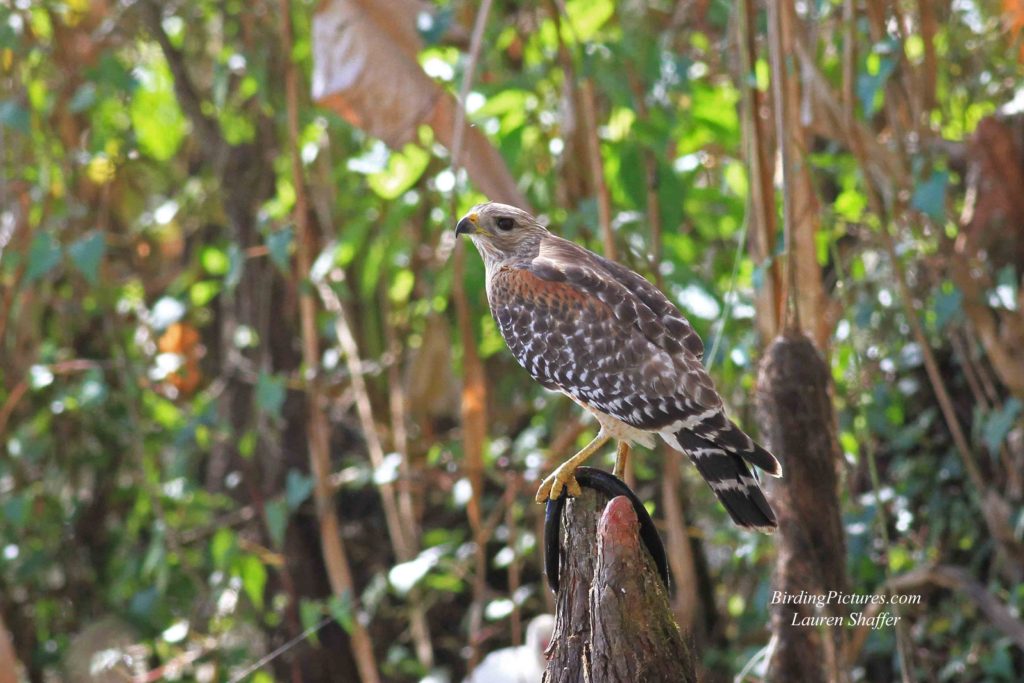 He went back to his perch for a moment, then took off to higher ground. 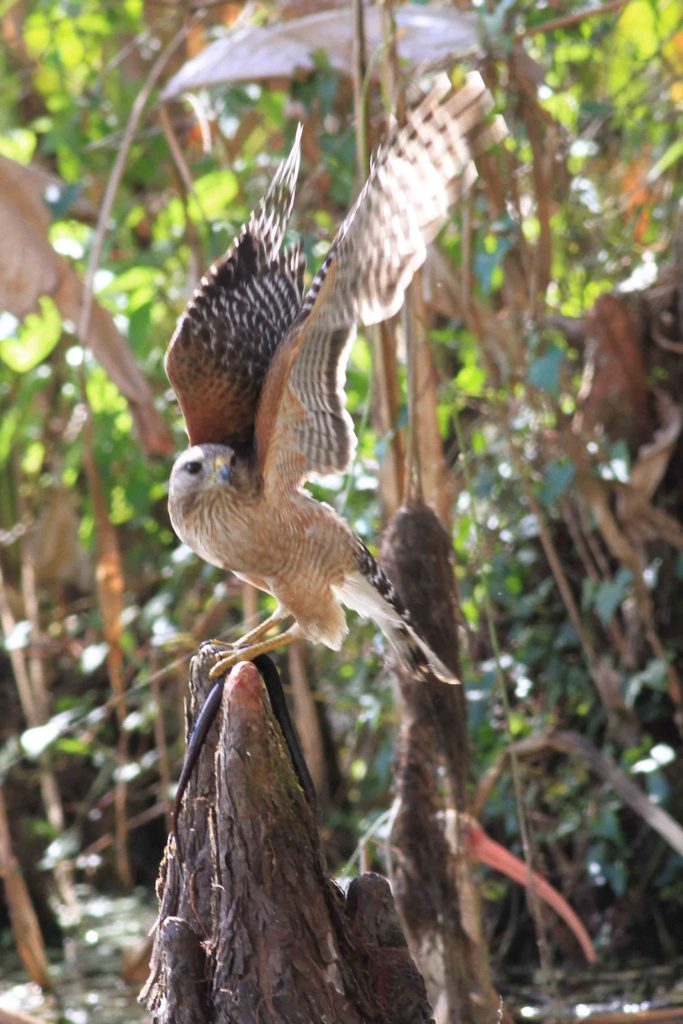 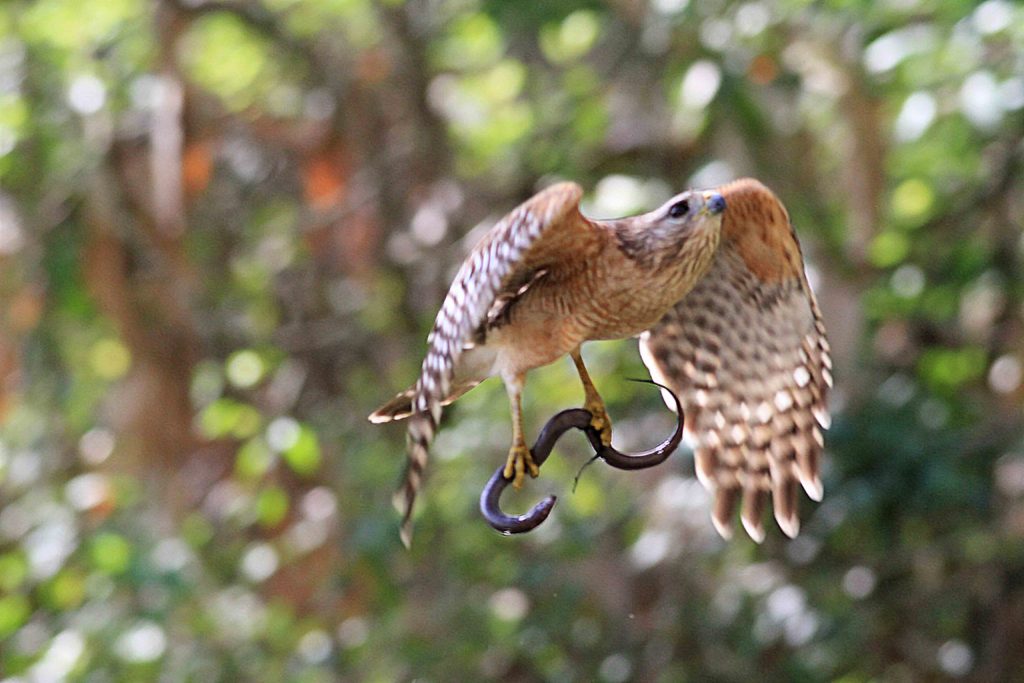 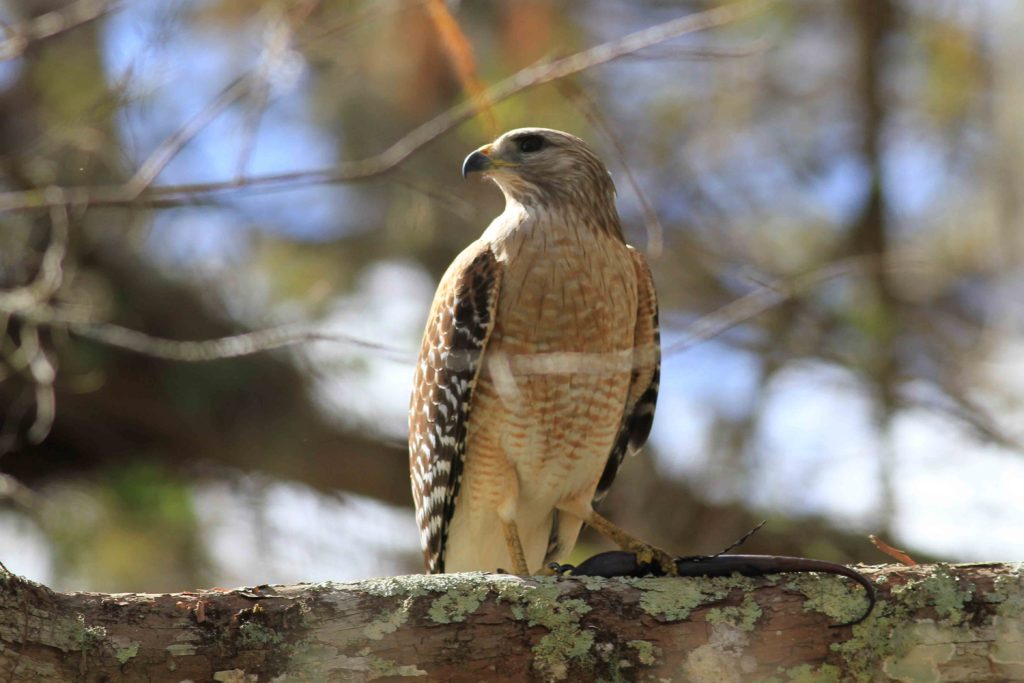 Here he sits, in a tree just above the boardwalk with his stolen prize. Poor White Ibis! That would have kept him full for awhile, but he lost the Food Fight this time!

*Note: several readers have commented that what I assumed was a Black Racer, is not a snake at all, but an aquatic salamander called a two-toed Amphiuma. Thank you to all who took the time to comment!