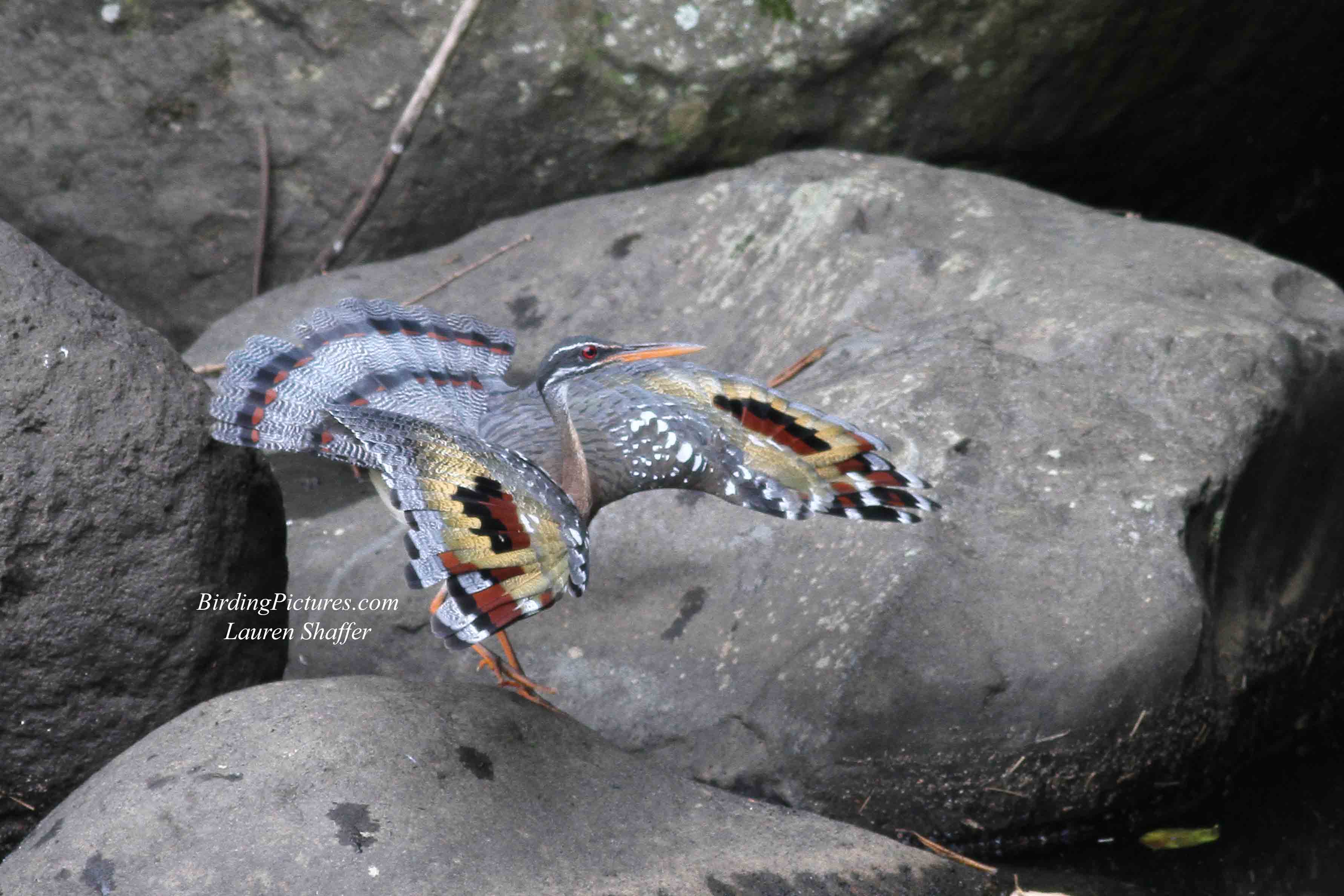 The Sunbittern was our target bird in Costa Rica with hopes of being able to photograph it in its spectacular display. When our guide had us pull up to a place on the river and we jumped out, immediately a Sunbittern was spotted flying in to pirate the fish held by an Amazon Kingfisher. The fish was dropped (and claimed by a Great-tailed Grackle), but the Sunbittern continued to display with wings out and tipped forward, tail tilted up, all highly patterned and beautiful! The display lasted only a few seconds, and I was very lucky to be able to catch it! 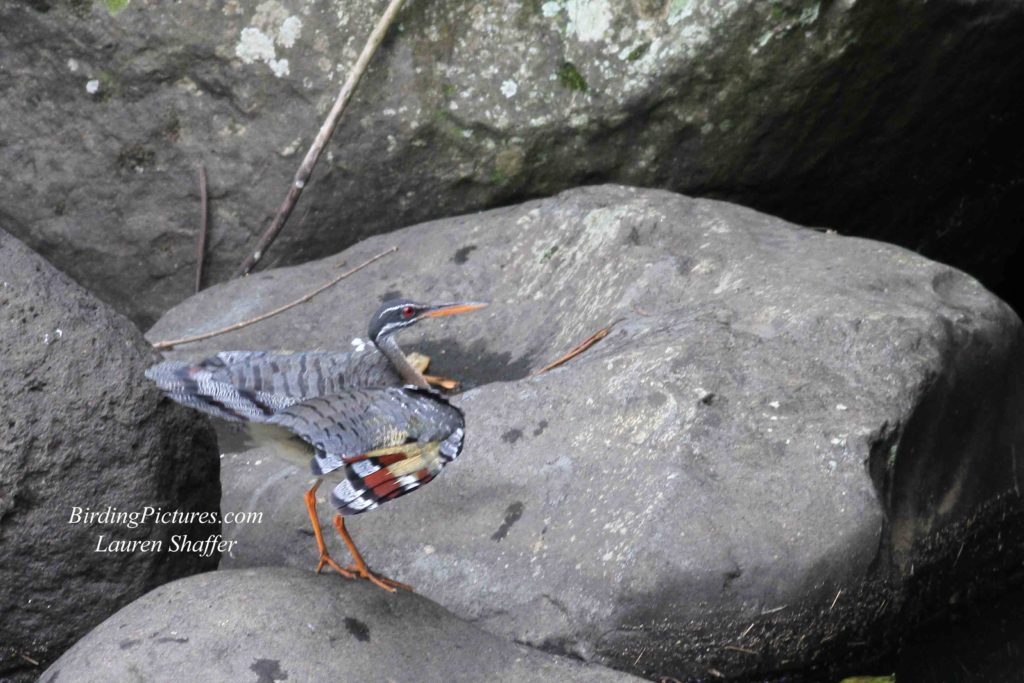 The Sunbittern hopped up onto the boulders in the river, flashing its wings at the intruder. 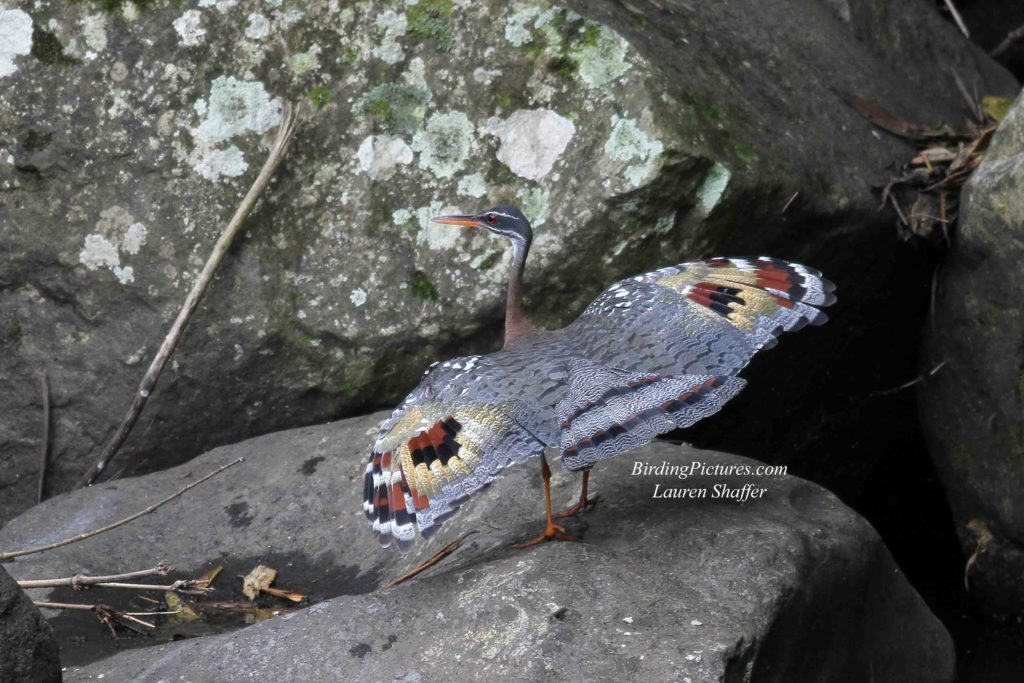 According to Cornell’s Neotropical Birds site,

The spectacular Frontal Display of the Sunbittern has been documented only in threat and defensive situations, with little evidence supporting any role in courtship behavior (Frith 1978). The wings are spread and the upper surface tilted forward to a vertical angle, revealing the chestnut, black, and gold pattern. The tail is lifted and fanned out to fill the gap between the wings (Stiles and Skutch 1989). This posture dramatically increases the apparent size of the displaying bird while exposing what may be interpreted as fake eyes. 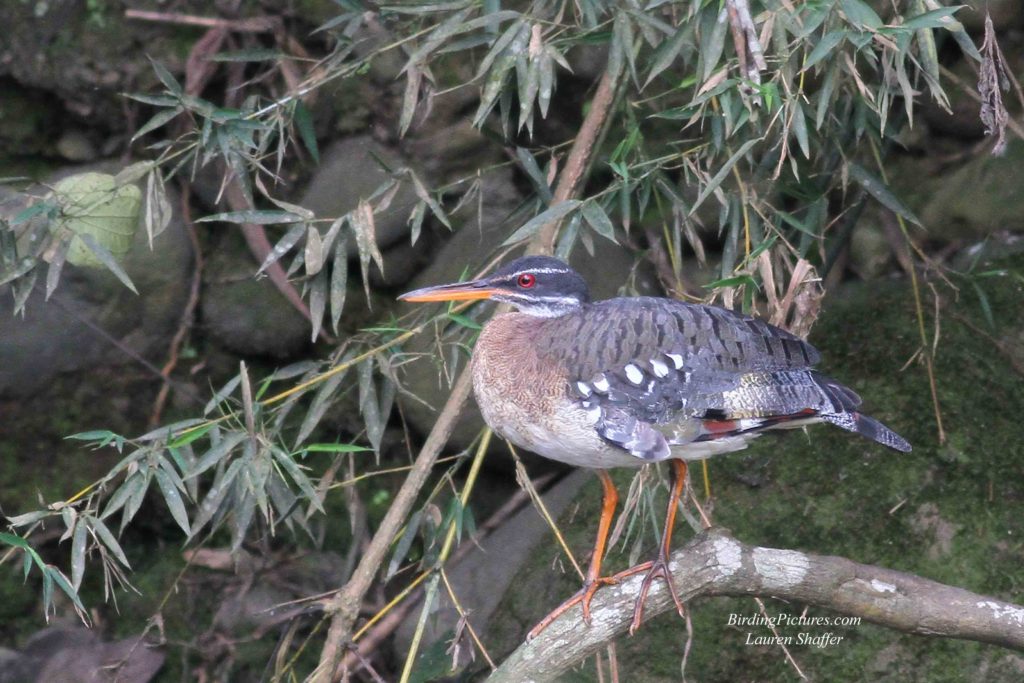 With the fish lost, the Sunbittern closed its wings and walked, hopped and flew along the river and out of sight. An amazing experience!