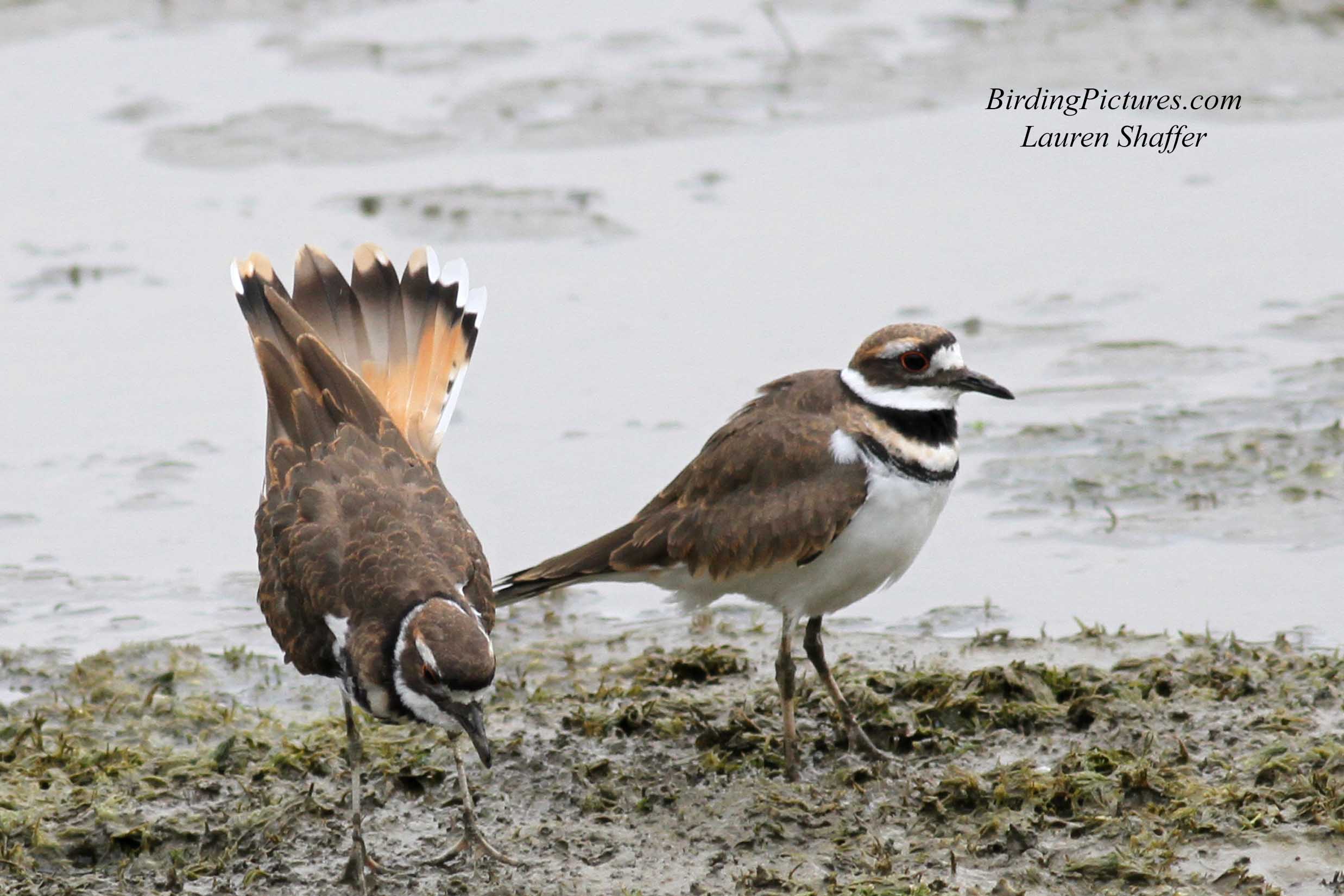 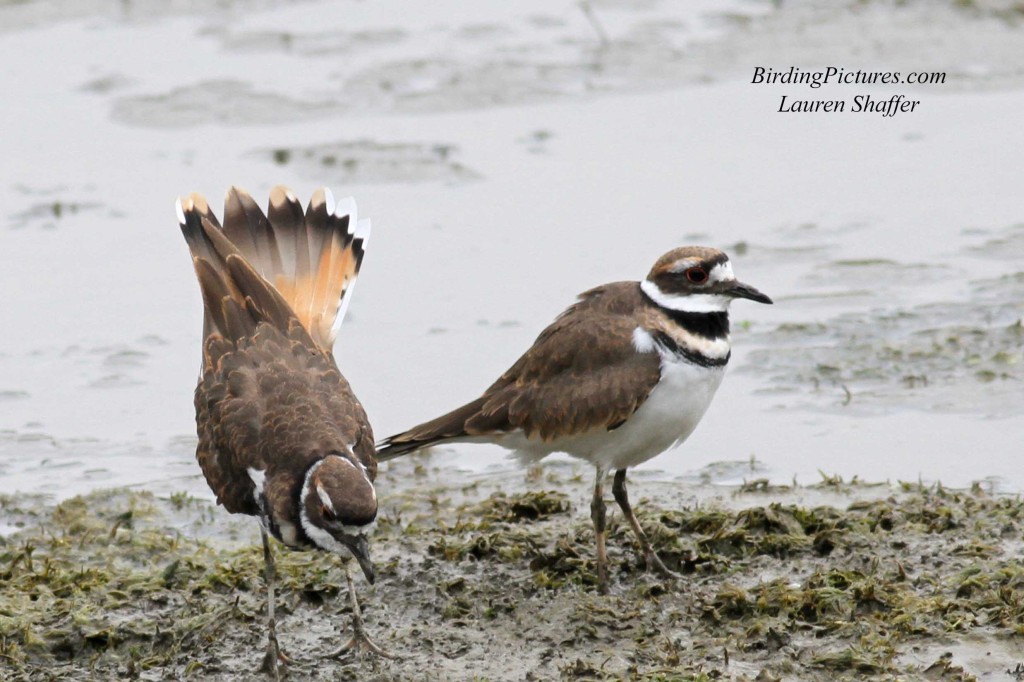 Killdeer are shorebirds that have the ability to melt into the landscape when feeding in a mowed field, but when disturbed they show their colors! They have a bright rufous rump and tail, with white racing stripes along the open wing and the corners of the tail. They scream their own name when upset, “Killdeer, killdeer!!” 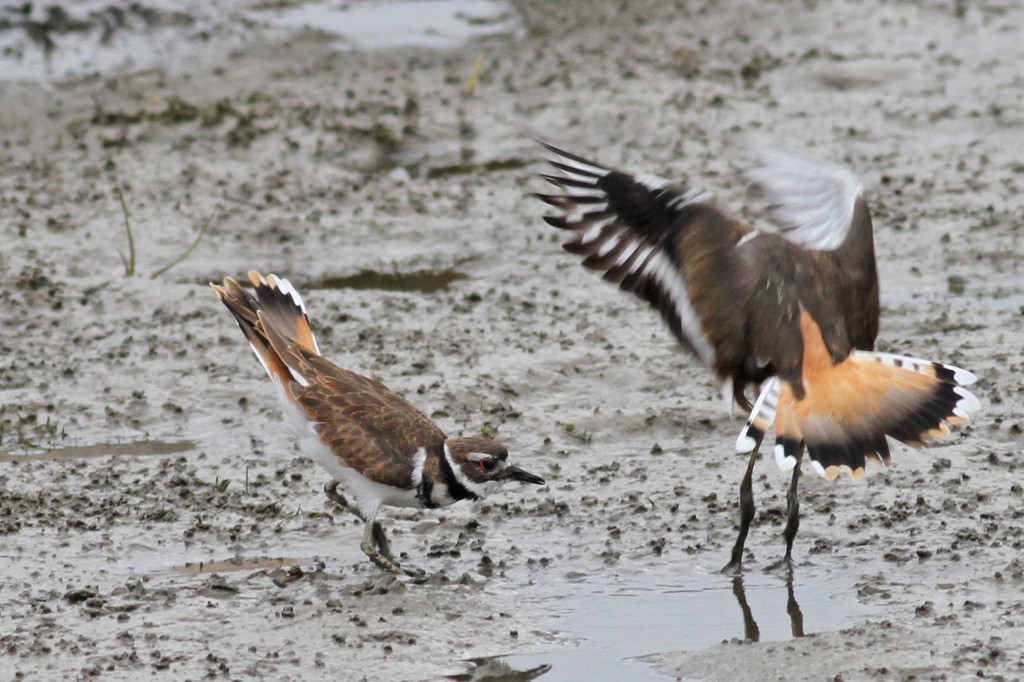 We’re used to seeing them in the fall in farmers’ fields by the dozens, spread out all over, with little interaction. These Killdeer, however, were migrating through Pennsylvania and had stopped to pick through the mud flats for invertebrates at Wildwood Lake Park in Harrisburg. They were bobbing and displaying and picking fights with each other, flying around the lake screaming! It made for very interesting behavior watching! 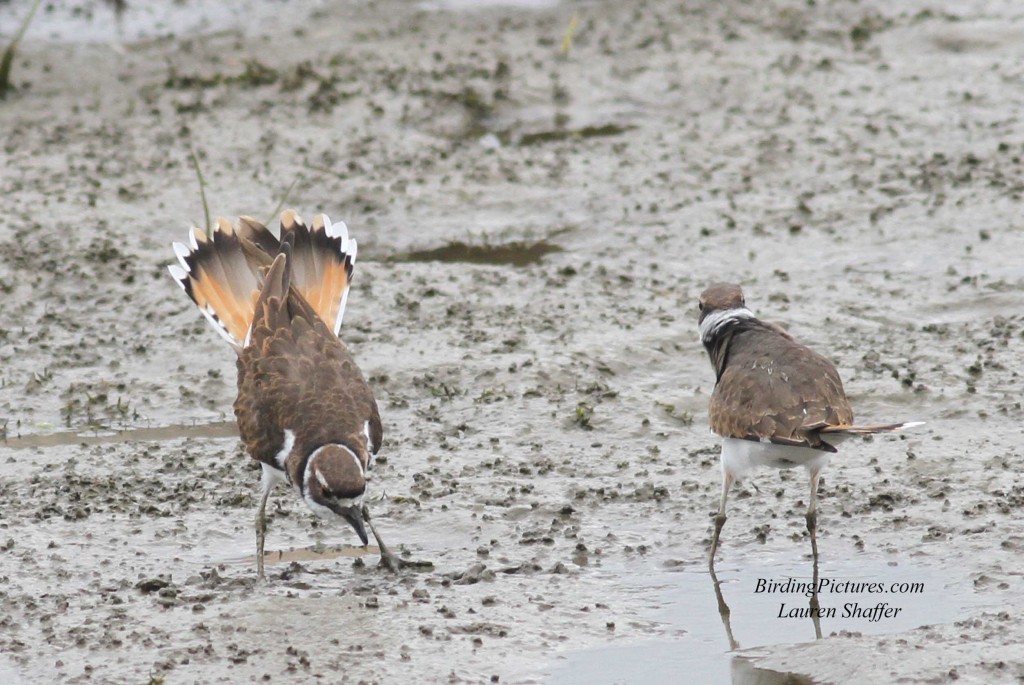 It appears that there is plenty of food around, but the dozen or so Killdeer present were defending their little patches of paradise most vehemently! 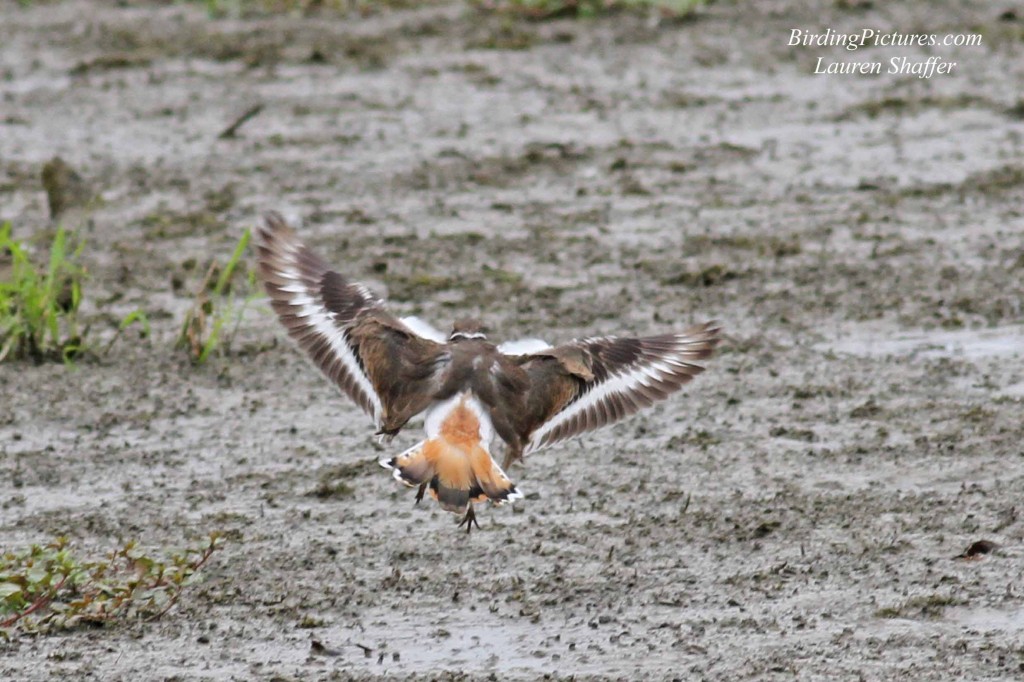 Look out! Here he comes! 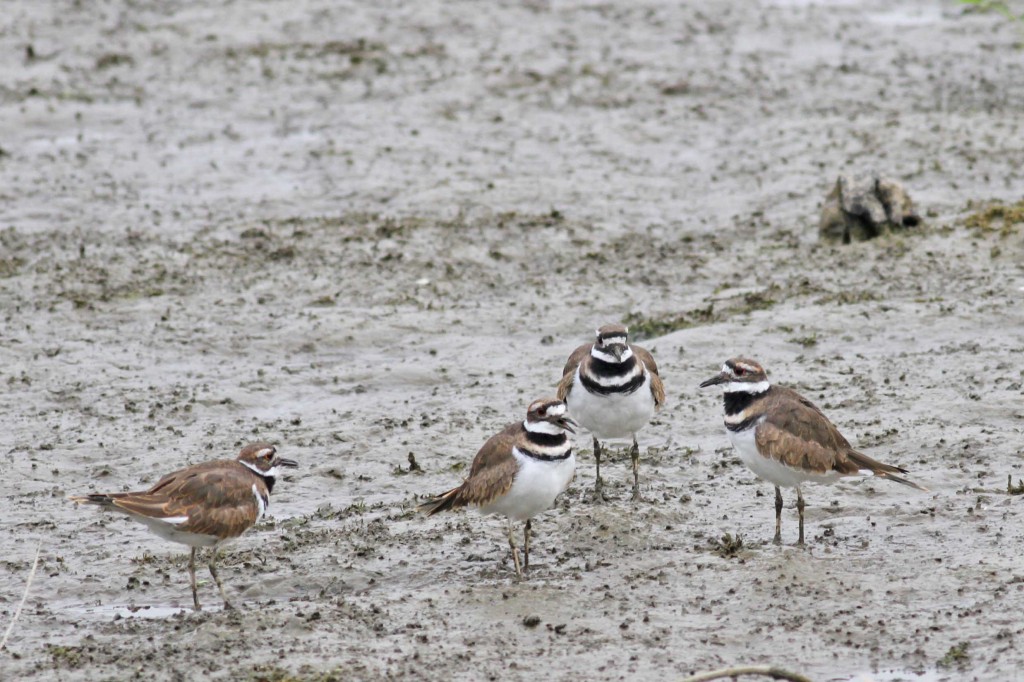 At last! The plovers are getting along. No more scraping, bowing, and running at each other.