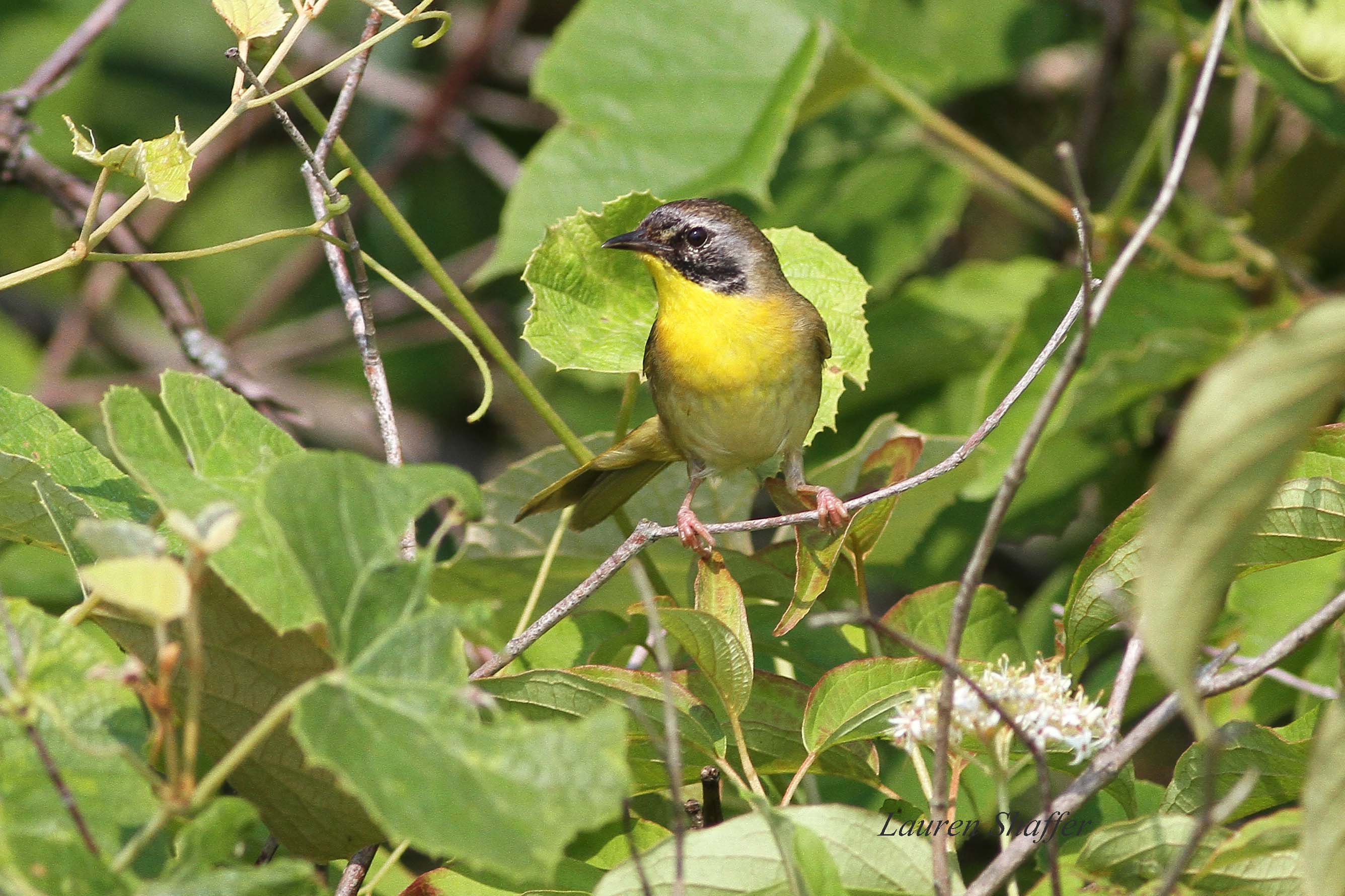 Young Swallows and Phoebes were not the only babies seen the other morning by kayak.  Young warbler families were also active along the lakeside at Montour Preserve.  There were several Common Yellowthroat families skulking in the vines and dogwood by the water, very upset that I was invading their territory.  Yellow warblers also abounded, and two babies which I’m not entirely confident in naming yet, but are labeled for the time being as immature Yellow-rumped warbler and immature Yellow.  See what you think!