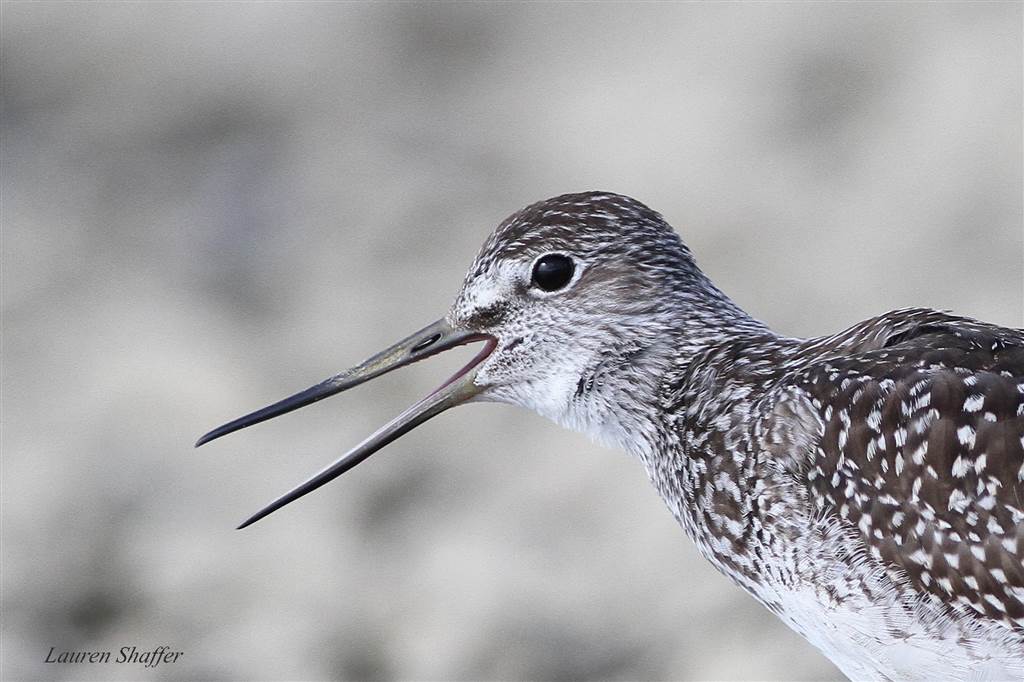 August means shorebird migration, and two weeks ago I found a few shorebirds at Montour Preserve.  Birds with long yellow legs are called Yellowlegs, but it takes some practice to differentiate between the Lesser and the Greater.  If they are side by side, as in the above picture, it’s no problem.  The Greater looks to be twice the size of the Lesser and sports a much longer, heftier bill.  In the picture below taken last year, the added marks make it very obvious.  The bill of the Greater is about 1.5 times the length of the head, while the bill of the Lesser is about the same length.

Foraging among the rocks

Looking in the shallow water for small fish, frogs, and invertebrates.  Found a snail!

Beautiful feather patterns under the wing

Taking a rest on one leg