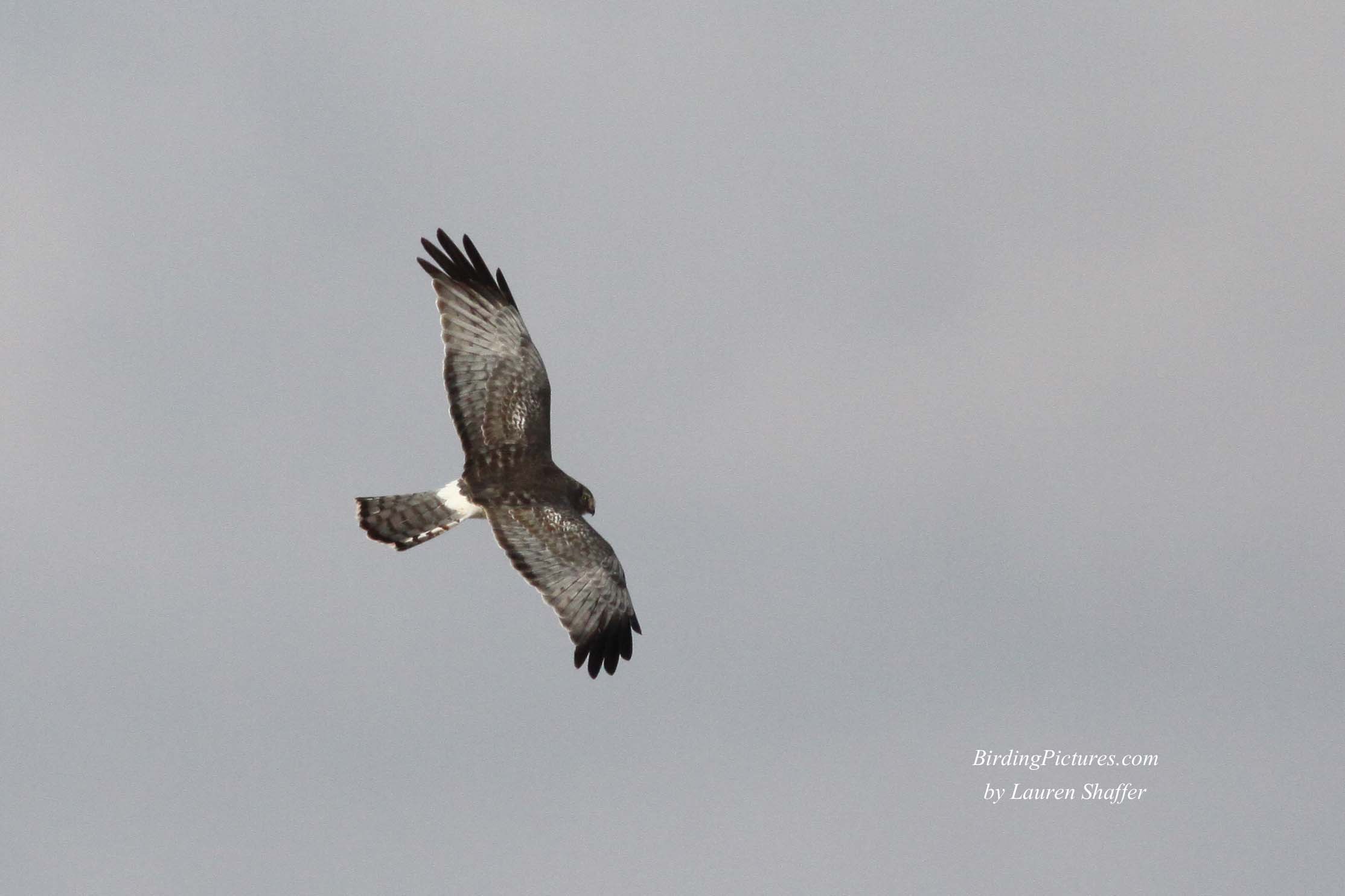 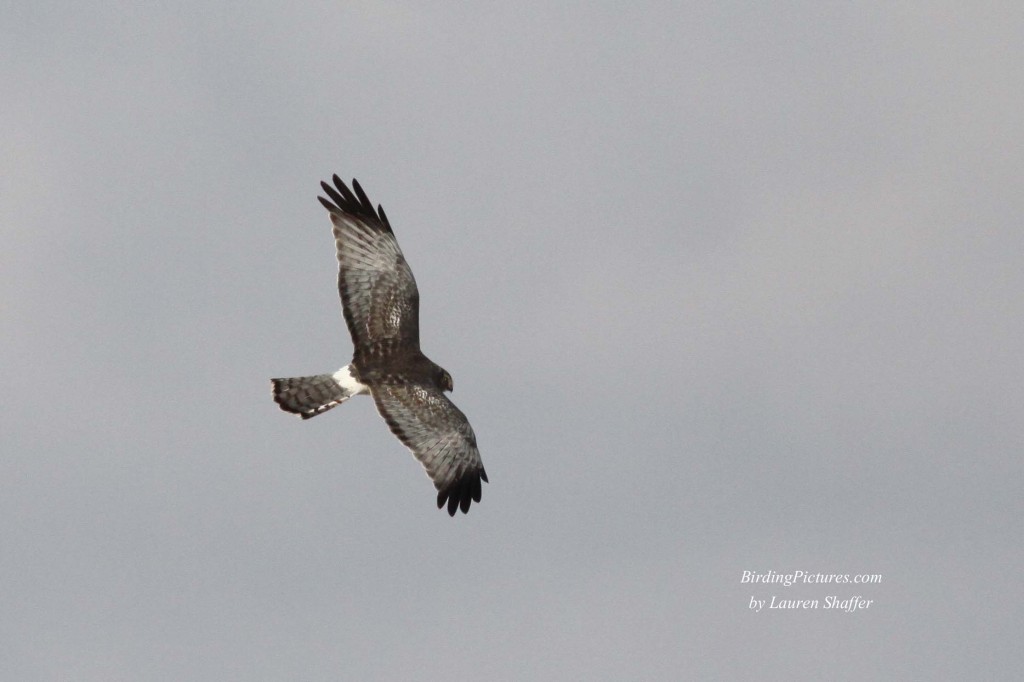 Gray Ghost, male Northern Harrier, Marsh Hawk; all names of this unique hawk which hunts low over open ground or marsh. Long and slender, with wings often held in a dihedral or V-shape, its flat head makes it look something like an owl when it flies. Another owl-like feature is a facial disk which aids the hawk in hearing rodents below in the grasses. This is seen more easily in the female whose plumage is very different from the male, with its dark brown back and heavily streaked under-wings. Both share the white rump patch, however. Photo of the female is below, where you can just make out the facial disk. 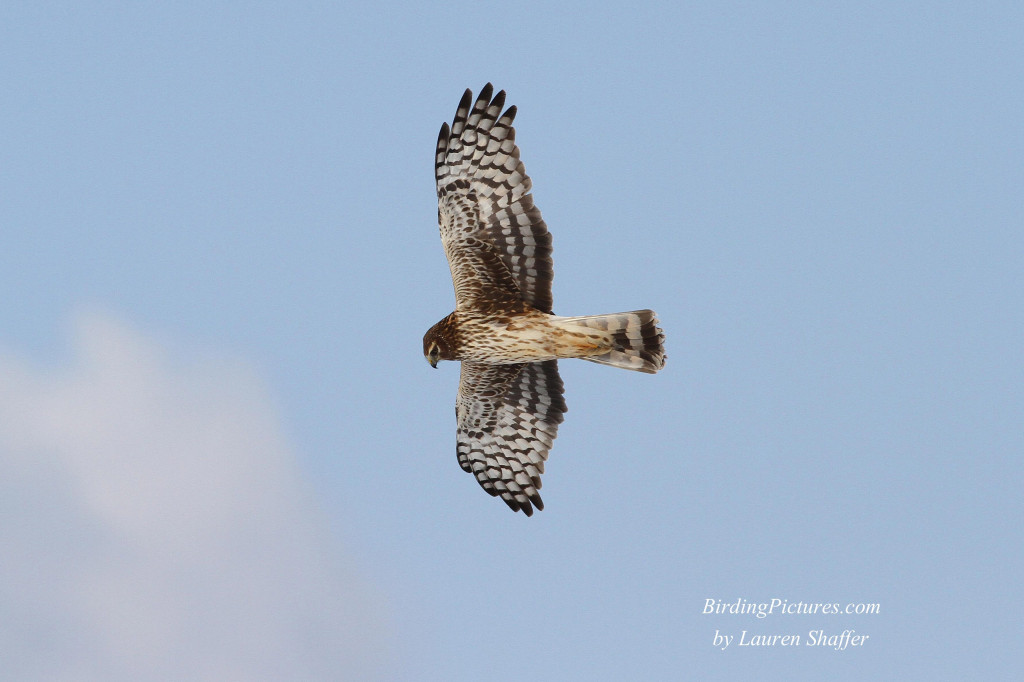 About the size of a crow, 16-24 inches, and a wing-span of 30 inches, the Gray Ghost makes several deep wing beats alternating with long glides. In our area of farm fields, they can be seen gliding just over or in the tops of the long grasses looking for prey. They are also known to cause havoc in the marsh while after small waterbirds! 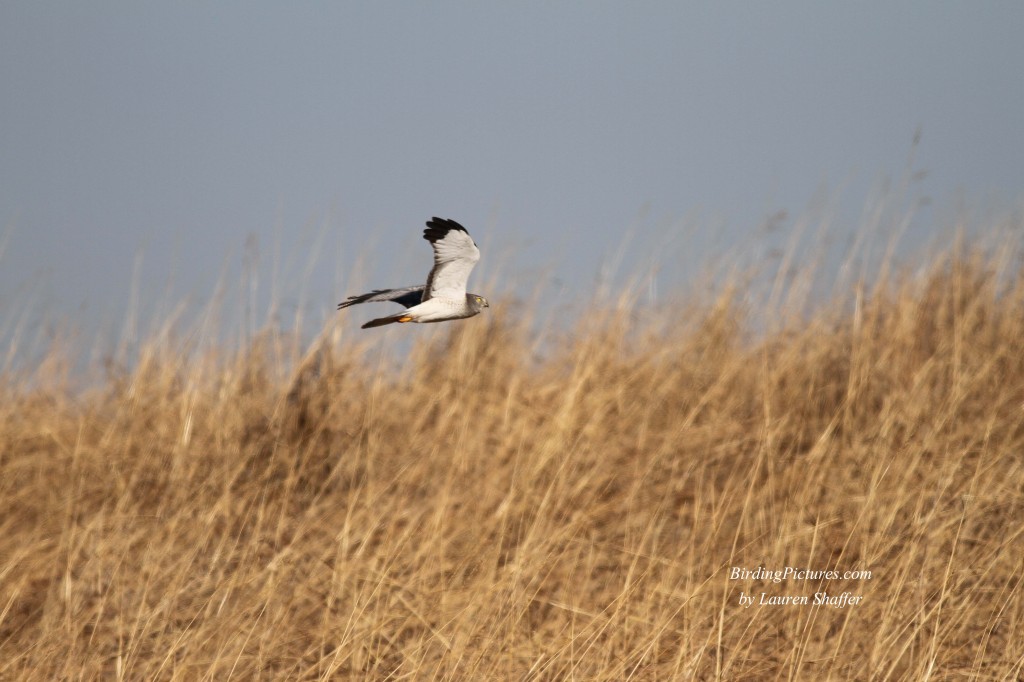 The Gray Ghost is almost pure white underneath with black wing-tips and gray along the edge of its wings. Because juvenile Northern Harriers look much like the female, mature males like this are seldom seen, thus the moniker “Gray Ghost.” All mature birds have the bright yellow or yellow-orange eyes. 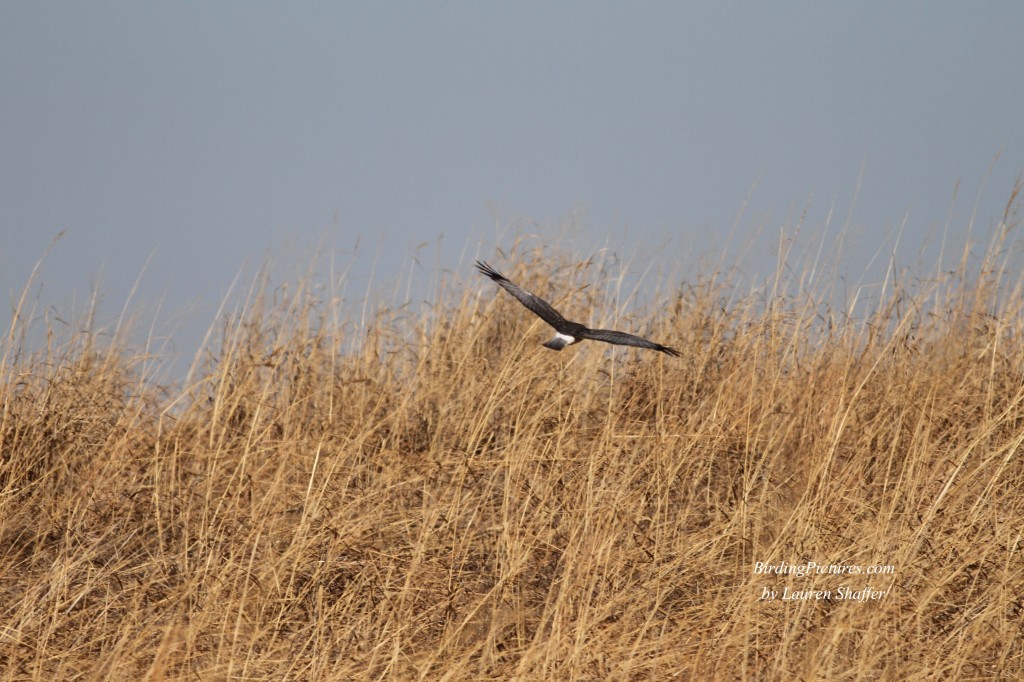 There is no mistaking that white rump! And its long slender wings are made for gliding silently over the grasses. 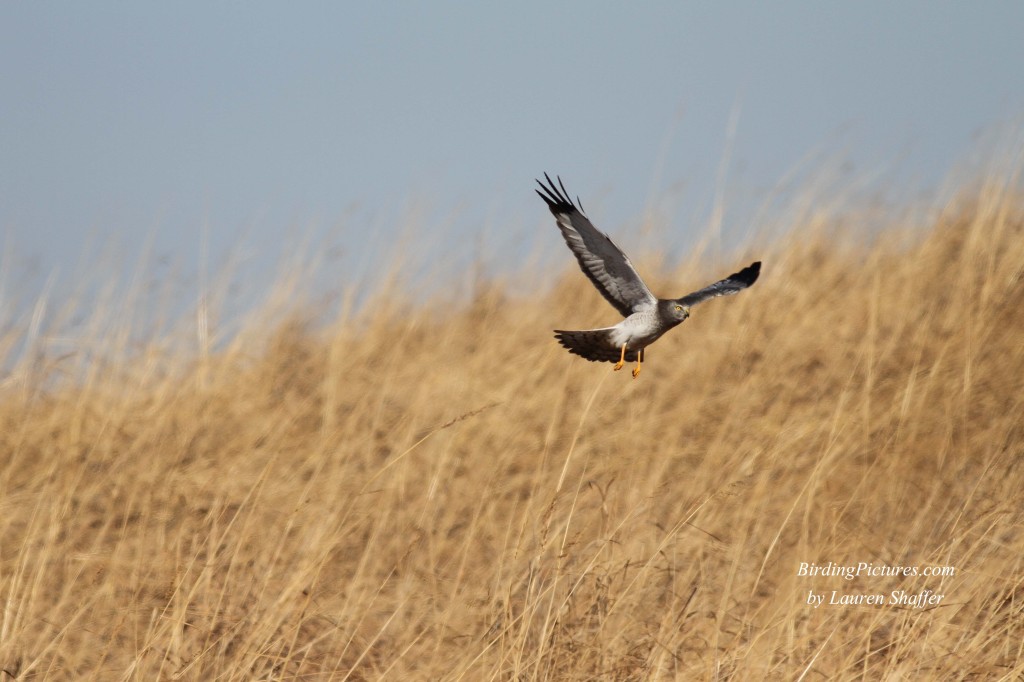 Getting ready to land! 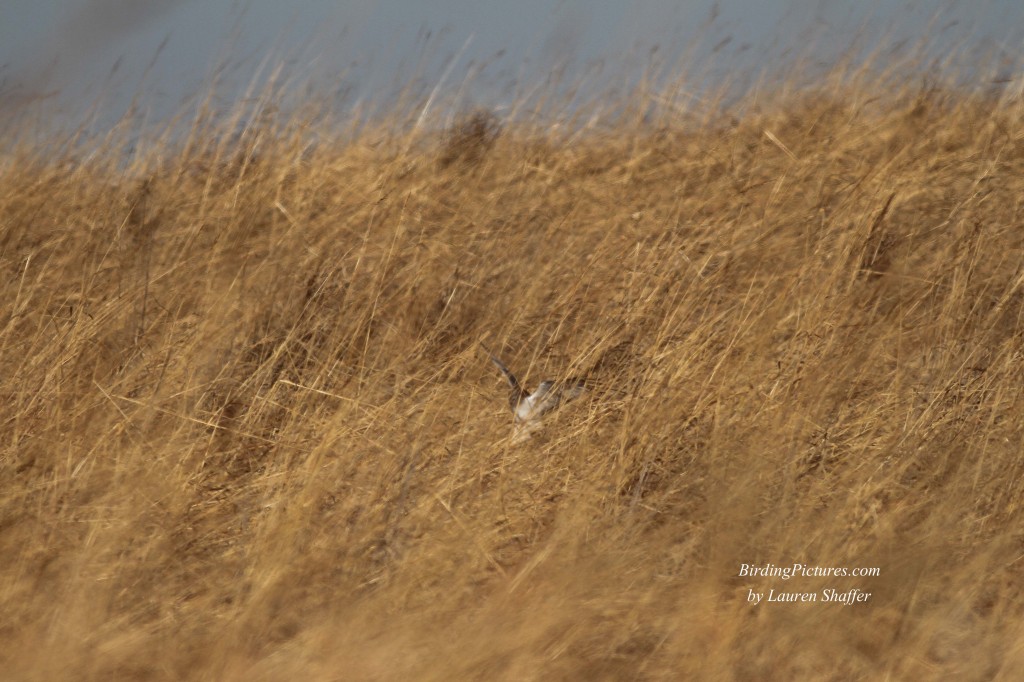 There is a vole in there somewhere! The Northern Harrier stomps around in the grasses, hoping to scare it out. 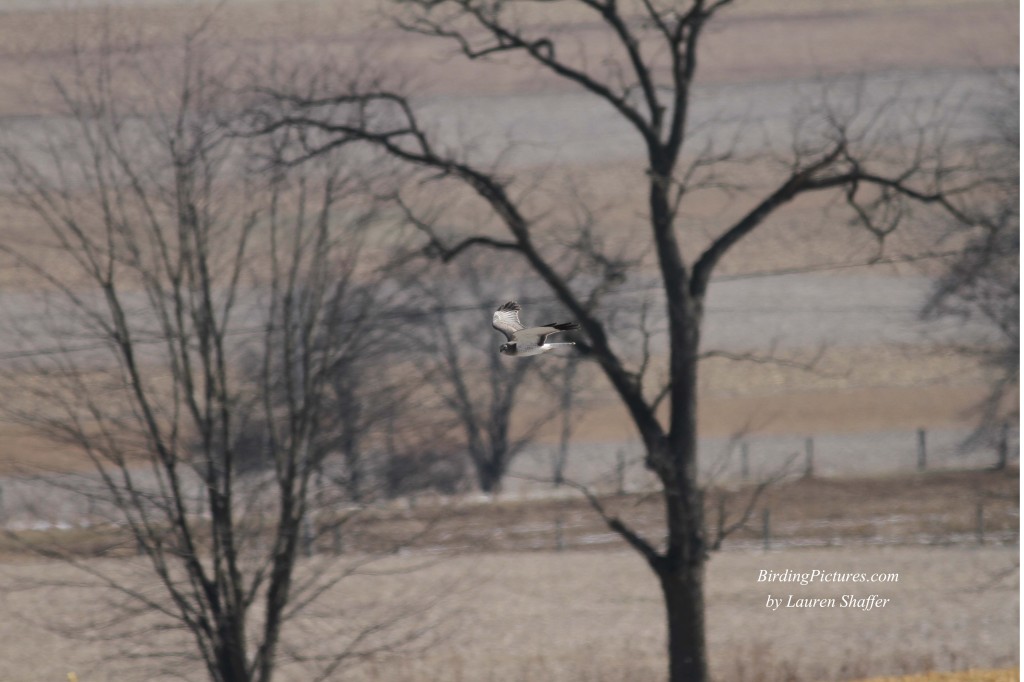 See Allaboutbirds.org for more information on the Northern Harrier.