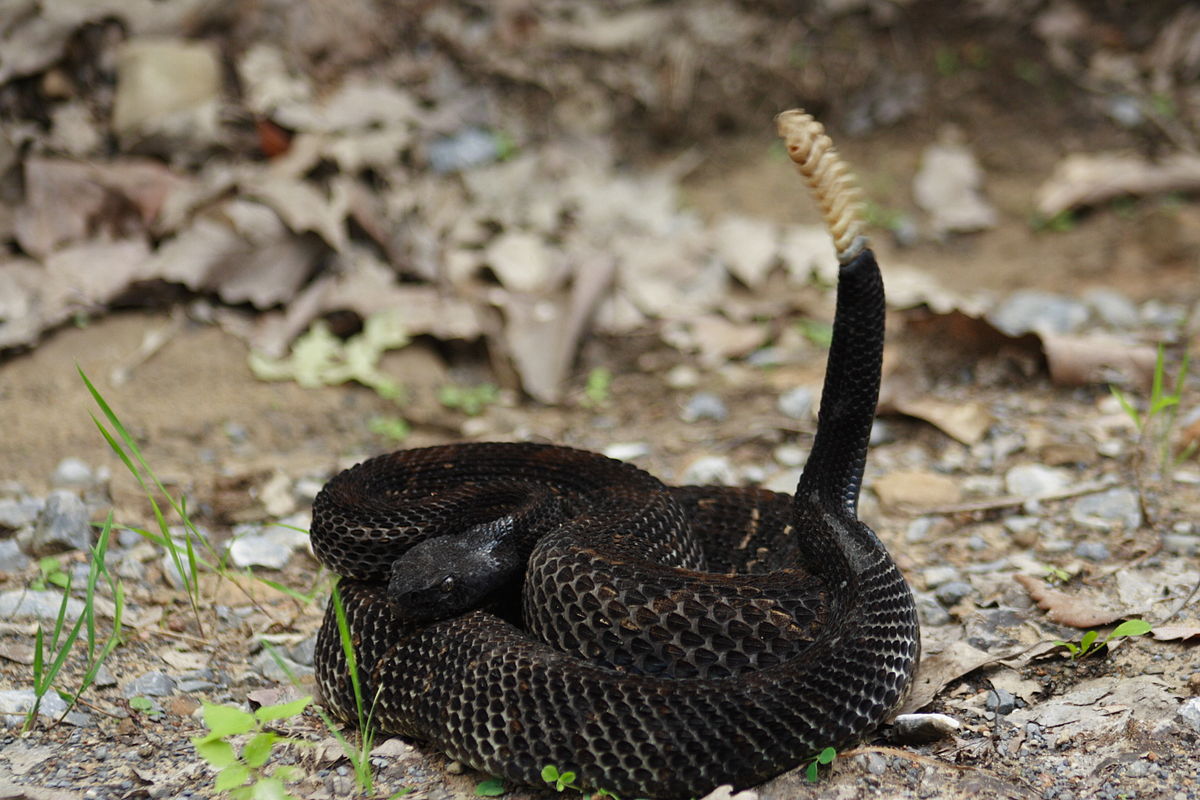 The Sinnemahoning Sportsmen’s Association Snake Hunt recently held their 49th annual event, and it was attended by hundreds of participants and curious onlookers like me. It is one of several rattlesnake roundups held in north central PA every year. Participants first need to have a venomous snake-hunting permit acquired through the Pennsylvania Fish and Game Commission. Snakes may be collected within a 30-mile radius of the event in order to enter and qualify for an award for the largest rattlesnake or copperhead, the largest nonvenomous snake, or the snake with the most rattles. All the collecting is done before the event, so attenders get to see the snakes only after the hunt.

The Snake Hunt is usually the biggest fundraiser of the year for the Sportsmen’s Association or the fire company which sponsors it in their community. A live band, concessions and many vendors made for a festive atmosphere. Emergency responders were on hand to keep everyone safe. The vendor pictured below was selling special hooks used in capturing the snakes which he made by welding hooks onto old golf clubs. He was also selling tubes which the snake hunter puts in front of the snake for it to crawl into (trying to get away). This allows the handler to pick it up and drop it in a bag or bucket, and later to measure its length. 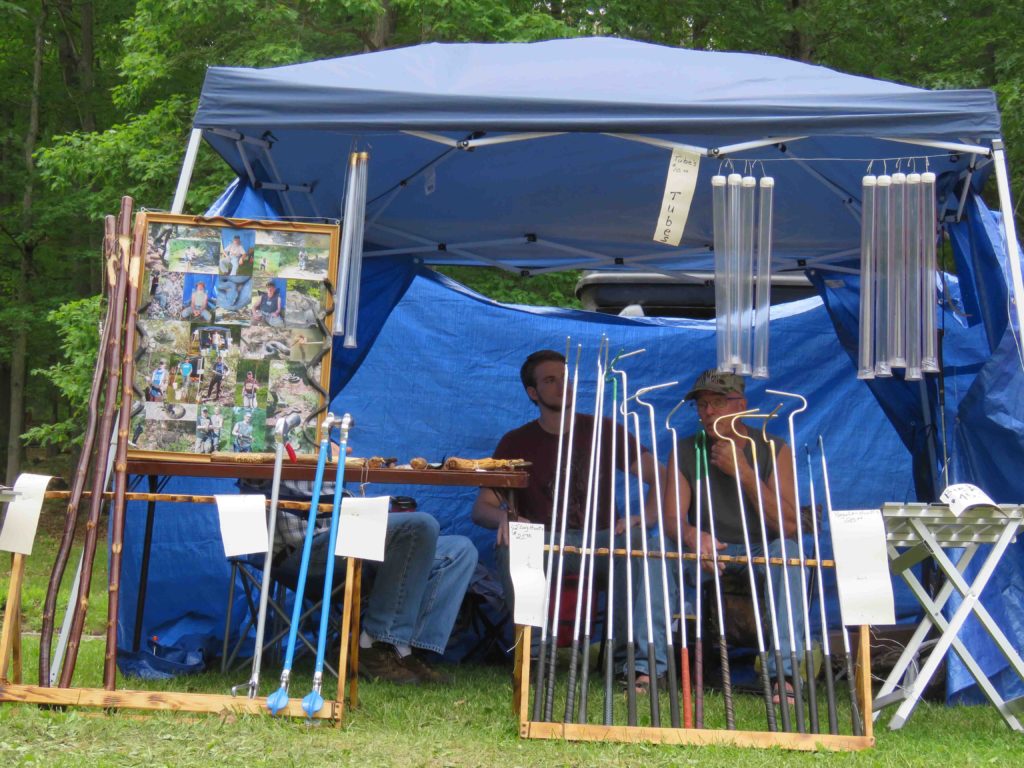 All of the action takes place in the “pit” which has two barriers, making it safe for the onlookers. Specially trained and experienced handlers who belong to the Keystone Reptile Club and various other clubs, carefully take one snake at a time from its bag or bucket, let it crawl into a tube, and put it on a table with a measuring stick. Sometimes it takes three men to straighten out the snake to be able to record its length. An electronic instrument is run over the length of the snake to determine if it was previously tagged, just as pets are tagged today. PA Fish and Game no longer has it in the budget to continue tagging the snakes, so there was no tagging done this year. Then the snake is dropped into a bucket on a scale and weighed.

The snake in the video below was aggressive enough that it was put back into a bucket after getting measured and marked with nail polish in order to identify it so that it would go to the correct participant, to be returned where it was found. When asked, the handler said that he had been bitten by rattlers 8 times! Each experience was different according to the snake, whether it was a “dry” bite, and where the bite occurred. Being bitten on the finger was the most painful and left him with a stiff aching index finger.

Measurements are carefully recorded, including the number of subcaudal scales between the vent and the rattle. Females have less than 21, and are protected from the one-a-year “take, kill, or possess” allowance. The number of rattles are also recorded. Most of the snakes are fairly docile and are actually released into the pit at the feet of the handlers. They keep an eye out for where they are putting their feet, but they wear high leather boots for protection. There were over 40 snakes in the pit on the day I was there, with more to come the next day of the hunt.

Results of the 3-day event brought in 61 Rattlesnakes, 7 Copperheads, and 26 non-venomous snakes. Winners were posted on the Sinnemahoning Sportsman’s Club Facebook page. Click on the picture to see the list more clearly.

This is a great event showcasing a special part of the hunting population of north central Pennsylvania and an experience to be long-remembered!

Photo credit of Dark-phased Timber Rattlesnake from Wikimedia Commons. Click on the picture to see the original.