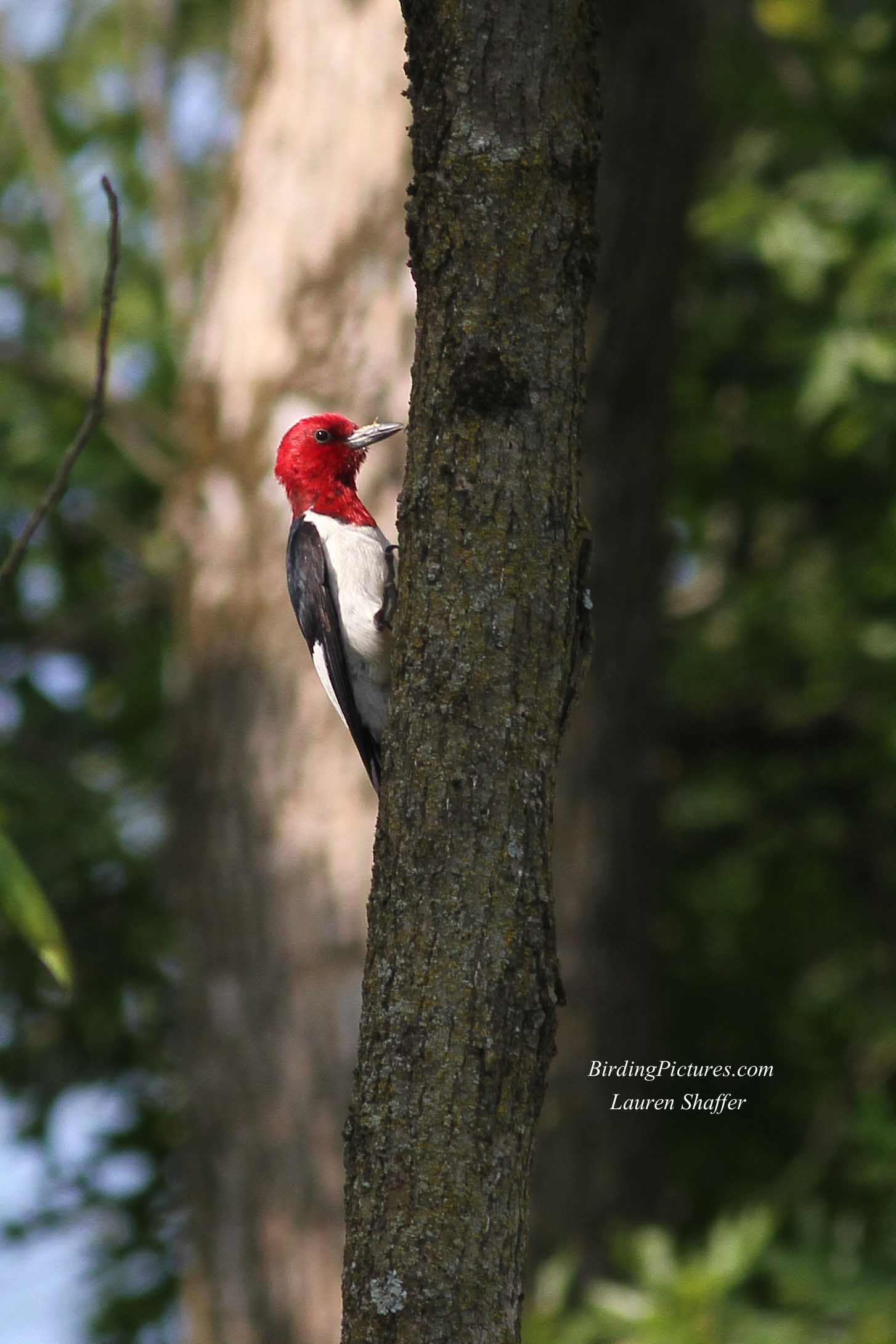 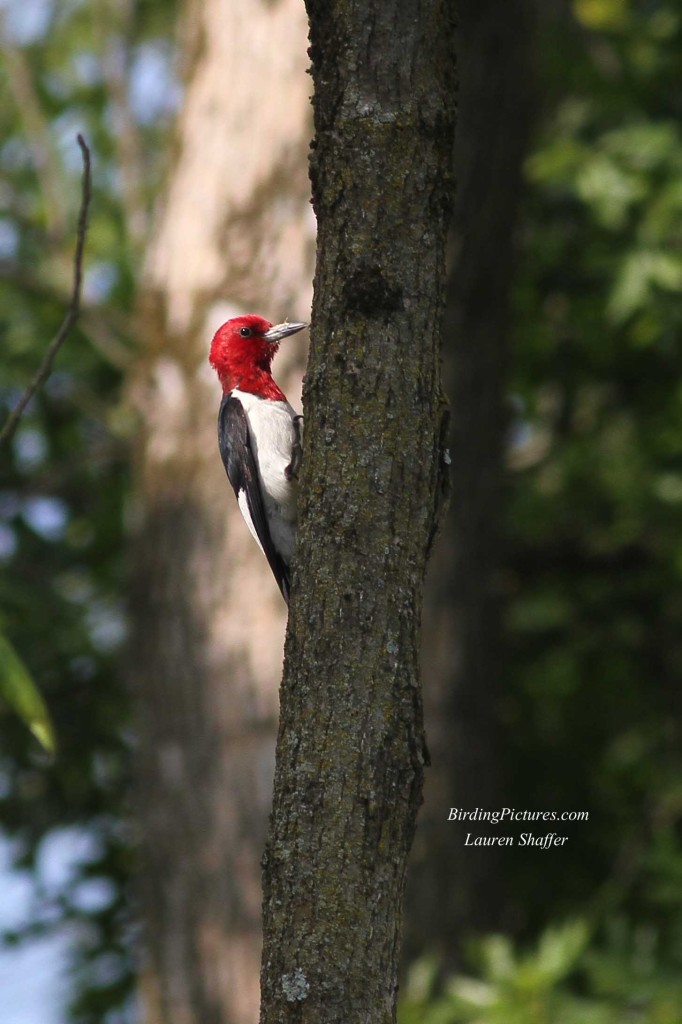 Red-headed Woodpeckers are fairly rare in our area, so it’s a treat to catch a sighting of their bold white patches on black wings, bright red head, and stark white belly. They nest in the excavated holes of dead trees and they require an under-story that is clear. Cornell’s website, All About Birds, says that it is sometimes called the “Flying Checkerboard” because of its dramatic coloring. This year, my birding friends and I found three nesting pairs within a few miles of each other! Red-headed Woodpeckers often have two broods in a summer. Since we just discovered the birds pictured here feeding nestlings deep inside the tree in mid-August, this must be a second brood.

These birds are a species of concern with Near Threatened status. They have declined 70% in the last 60 years because of loss of habitat. Unless steps are taken, they are in danger of eventual extinction. 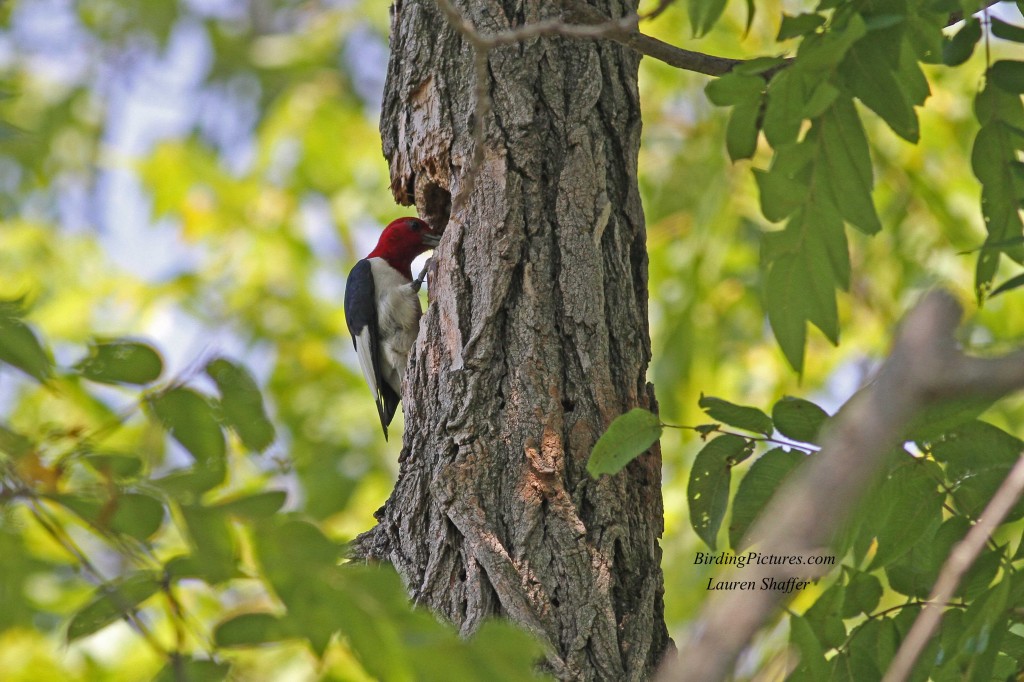 Just checking! Everybody OK in there?

Bringing a nice fat bug to the nestlings! 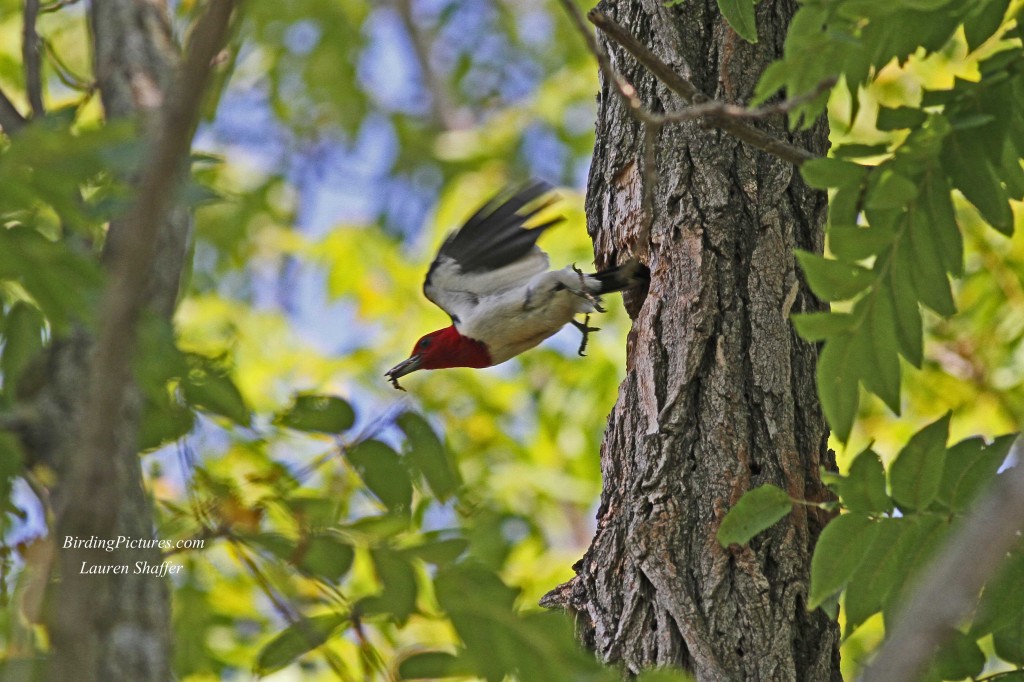 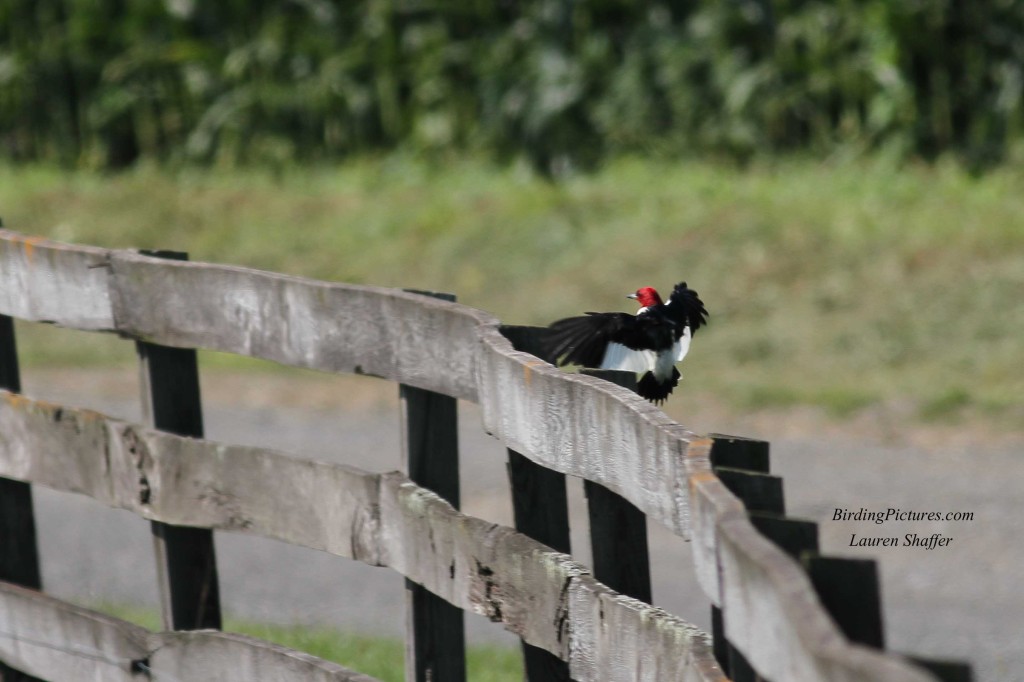 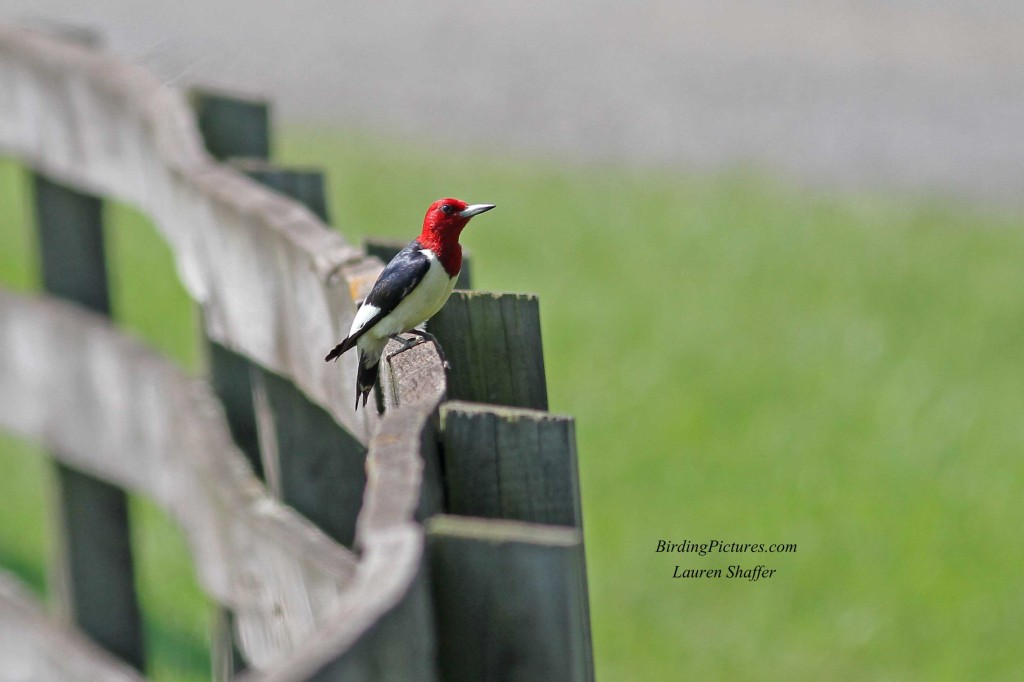 Surveying for food from his favorite perch. Only one-third of the diet of Red-headed Woodpeckers is made up of insects. The rest is from plant material such as nuts, berries, corn, and seeds. We often see them flying out of the corn field to the nest, with corn silk hanging from their beaks. They may be finding pests in the corn, or they may be raiding the corn itself! They will also cache their food for winter.

See Red-headed Woodpecker for a previous blog on this beautiful bird.