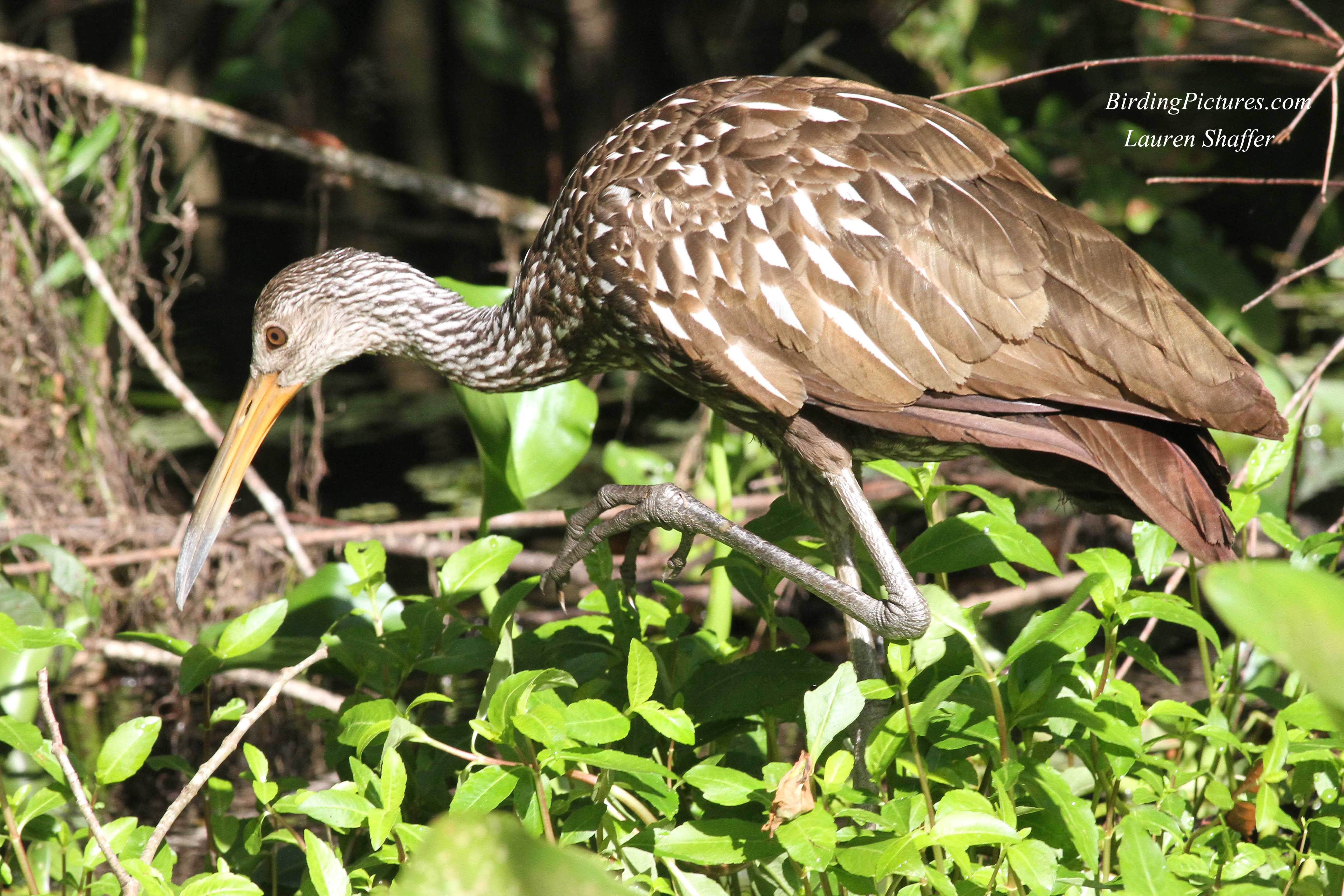 The Limpkin is a strange water bird of the Florida and Georgia swamps, something like a cross between a rail and  a stork. It doesn’t seem to fit in either family, and thus the Limpkin was classified in a family all by itself: Arimidae. Its range extends south from Florida to much of the fresh water swamps of Central and South America. The Limpkin’s diet is largely made up of apple snails, but it will eat fresh water mussels, frogs, and other creatures. 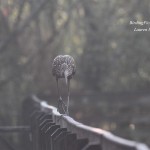 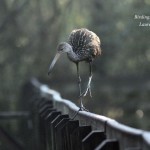 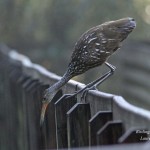 Because of the heat and humidity, I arrived at daybreak at Lettuce Leaf Park near Tampa, hoping for some good looks at a Limpkin before it became unbearably hot and humid. This individual was coming towards me on the boardwalk, easily navigating the handrail with its large feet, sometimes stopping to lean down over the edge looking for its breakfast. What a strange specter it made in the hazy early morning! As I watched, it hopped down into the swampy water, found a snail, and started wading through deep water, almost swimming like a duck. Suddenly it launched itself straight up and let out a scream and a chatter because of the lurking alligator that appeared nearby. It went through the thicket above the water to get to its chicks, bill clattering! To hear the screams of the limpkin, click here and go to calls. 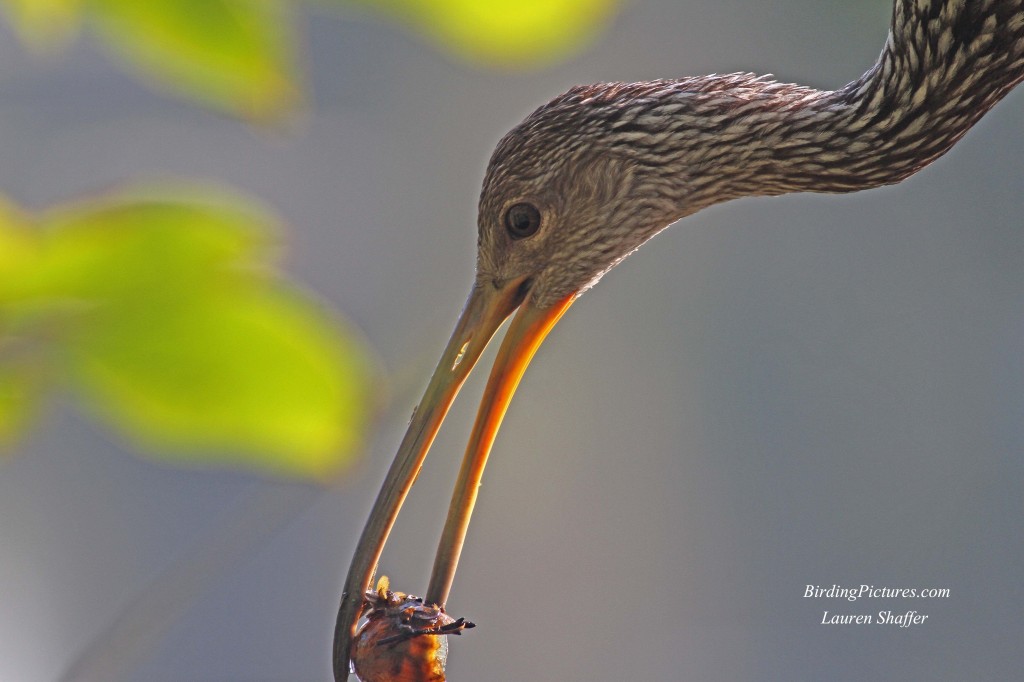 The Limpkin’s bill is uniquely adapted to probe for apple snails in the swampy water, grasping them like tweezers, and bringing them to a harder surface in order to pry the snail out of the shell. 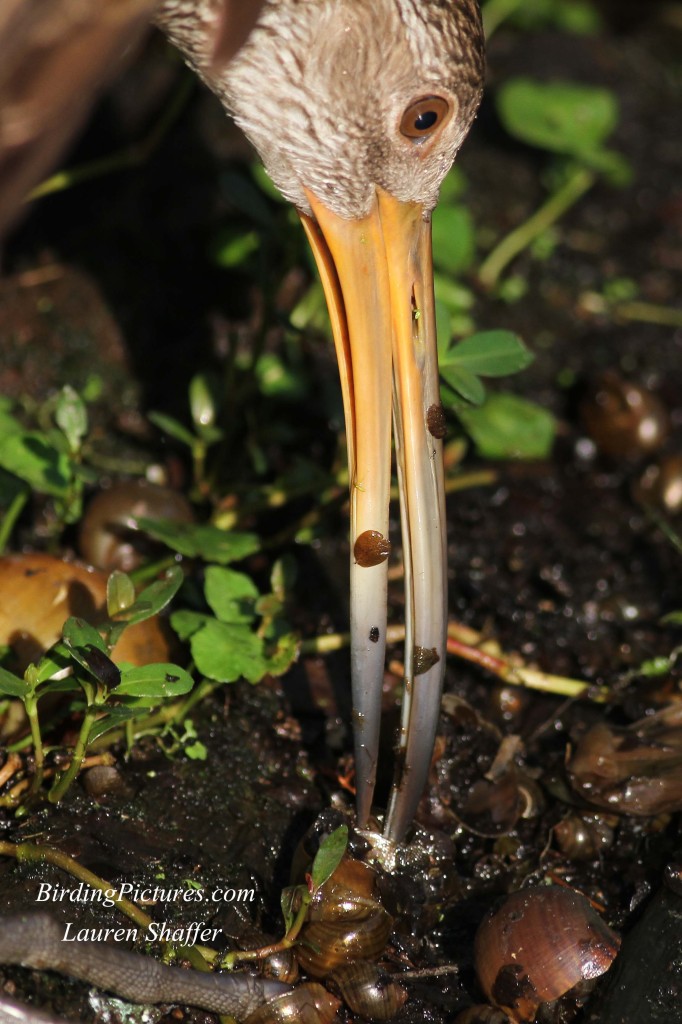 The shells are usually still intact after the bird has extracted its meal. 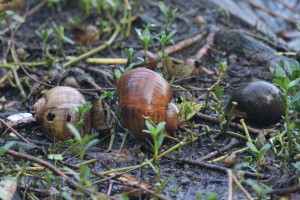 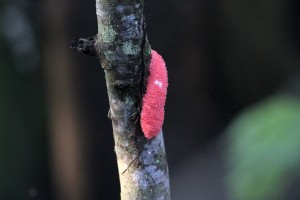 These shells are probably empty.  In a few places, the apple snail had laid its cherry-red eggs on the bark of young trees.

I was told that the adult Limpkin brought snails to this place every morning to feed its offspring. I eagerly returned a few days later very early in the morning to see if I could catch the Limpkin feeding its young. Adult and two young were in the swamp beside the boardwalk, right where I was told they would be! The young birds, as big as they were, did nothing to help, but they got right in there watching the parent do all the work! 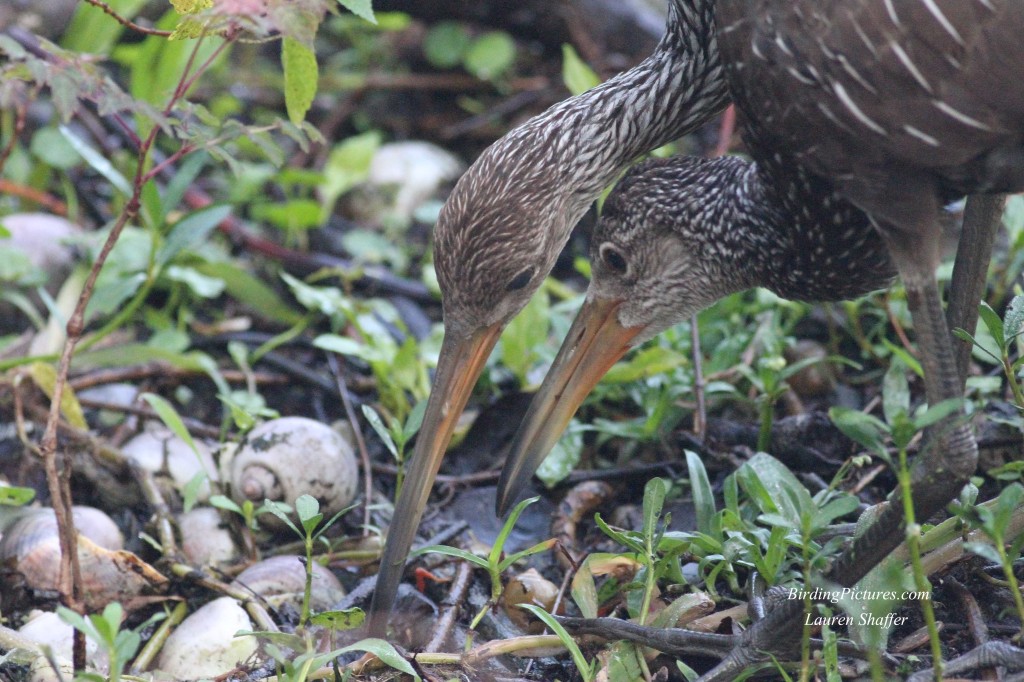 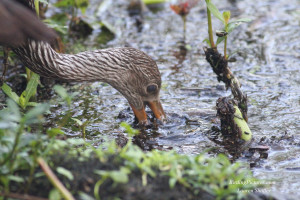 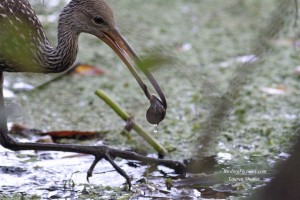 When no apple snails could be found on the surface of the mud, the adult Limpkin thrust its bill deep in the water and fished around until it brought one up. It carried it over to the chicks and found a tree root to lodge it in. 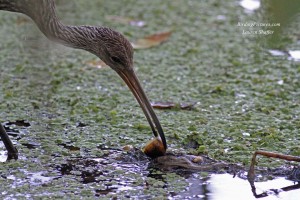 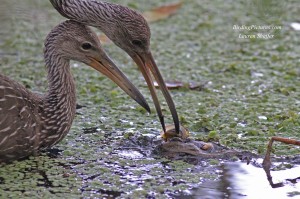 The juvenile watches closely as the membrane holding the snail to the shell is expertly cut with the long scissor-like bill and extracted from the shell. Quicker than I could catch the photo, the chick snatched the snail up and gulped it down! Its brother made squawks nearby to protest having missed out on breakfast this time! 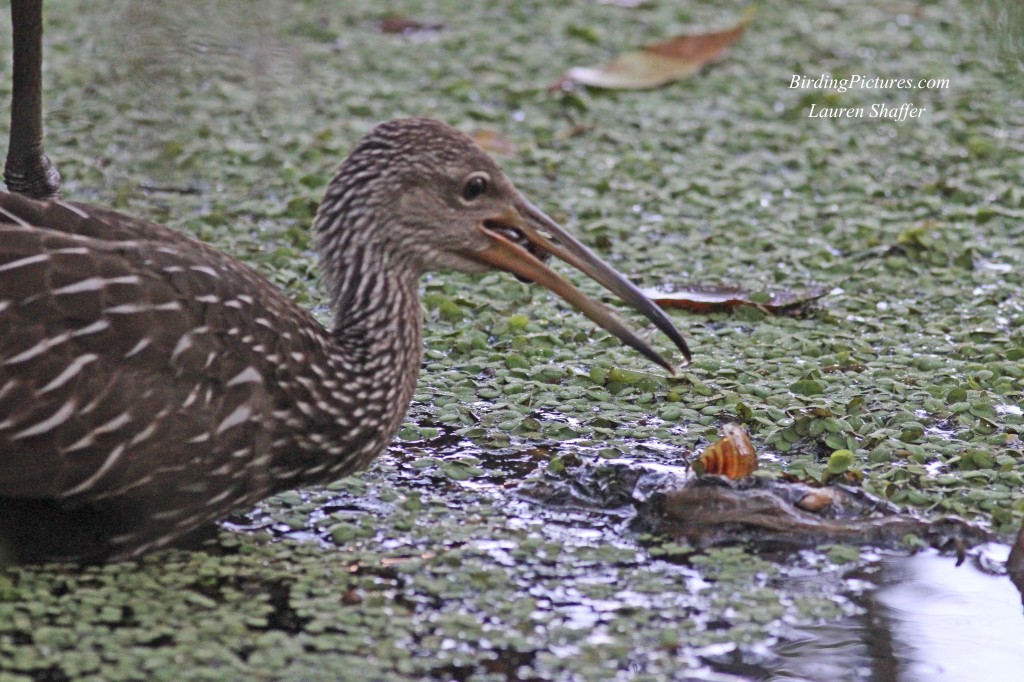 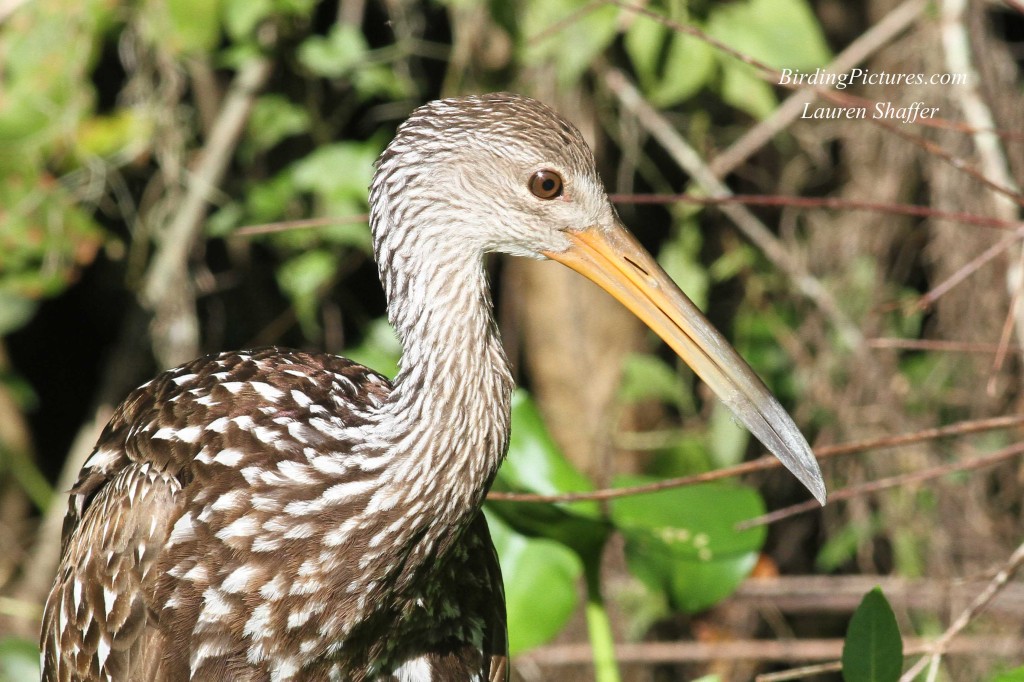 What an interesting bird!