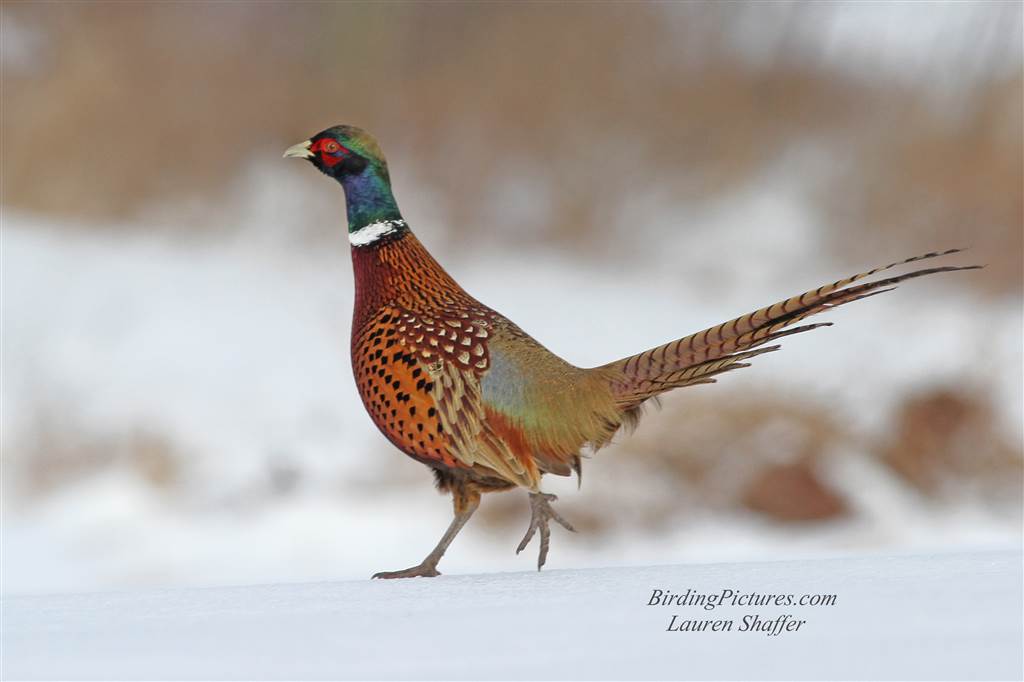 Identification of the Ring-Necked Pheasant and its Story

It’s hard to mistake a Ring-Necked Pheasant running across a back road, with its gaudy colors and long striped tail, for any other bird.  The female is a drab brown without the long tail, but the male sports irridescent blue, green, gold, and rust along with a red wattle.  With its exotic looks,  it’s not difficult to believe that the Ring-necked Pheasant was originally introduced from Asia in the 1880’s.

Once established, the pheasants quickly exploded in population and became a very popular game bird.  Since its peak in numbers in the 1970’s, it has declined significantly with loss of habitat and new farming methods of cultivation.  The implementation of CREP (Conservation Reserve Enhancement Program) which gives financial incentives to participants to convert cropland to native grasses, trees and other vegetation has restored thousands of acres of habitat for the bird.  Another program established Wild Pheasant Recovery Areas where pheasants could thrive under protection from hunting.   In 2007, 2008, and 2009, wild pheasants were trapped from South Dakota and Montana and brought to the Central Susquehanna Valley and released in these WPRAs.  Some were given radio collars; additionally brood surveys, crowing counts and flushing surveys were conducted to monitor success of the program. Farm-raised pheasants are also released, but not in these protected areas.  There has been some success to these programs.  In Montour county where I live, Ring-necked Pheasants and the sound of their crows (more like a honk-honk!) are becoming a regular occurrence. 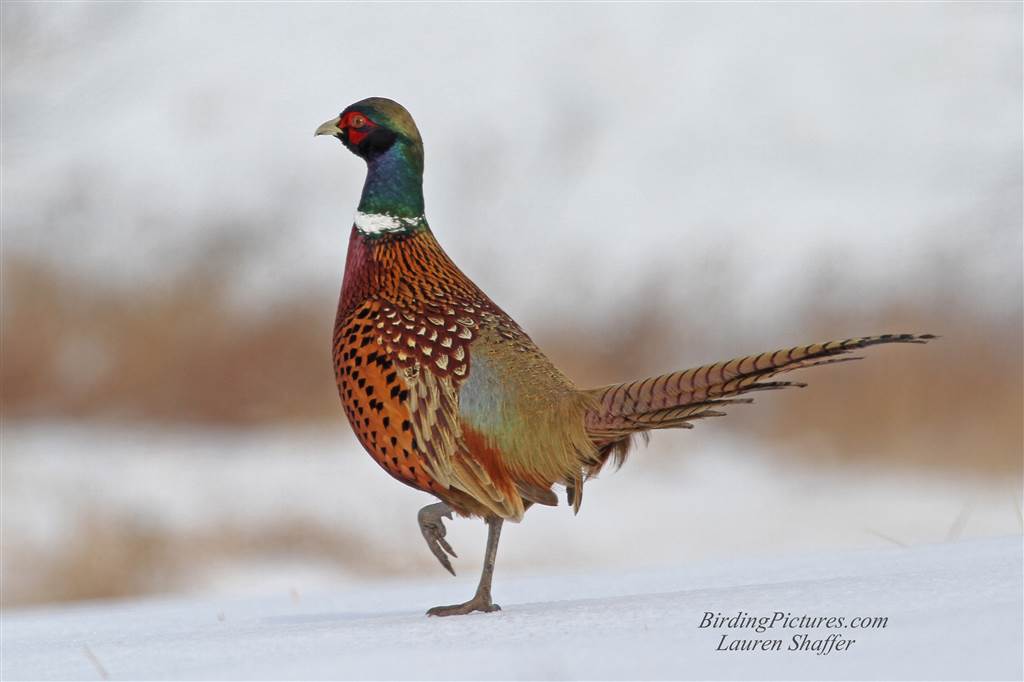 Posing for a picture. Aren’t I beautiful? 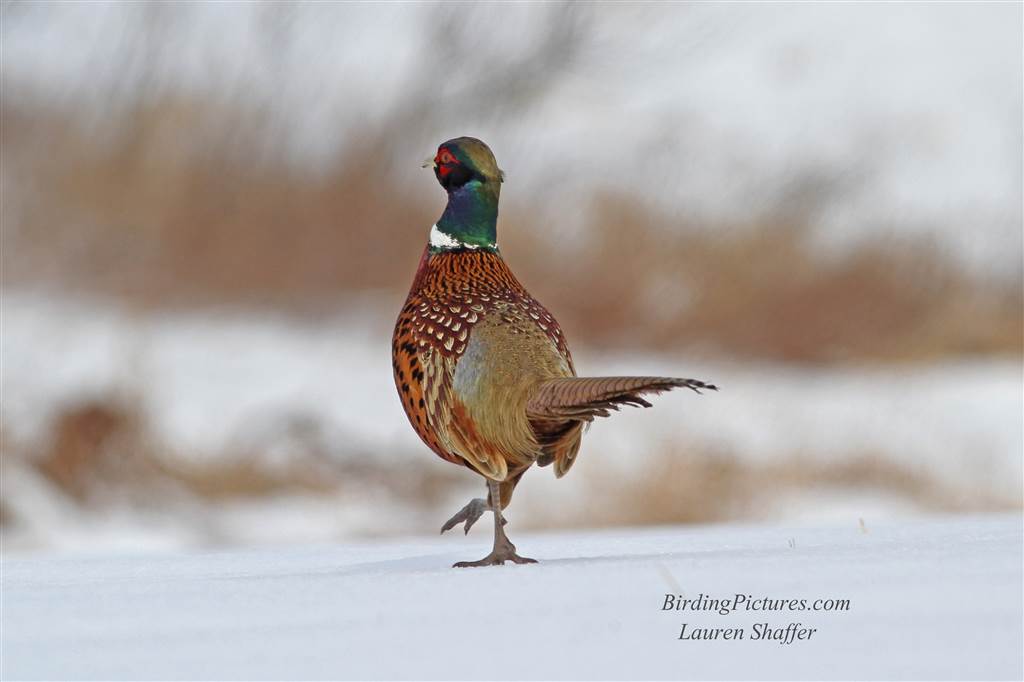 Here’s a view from the back! 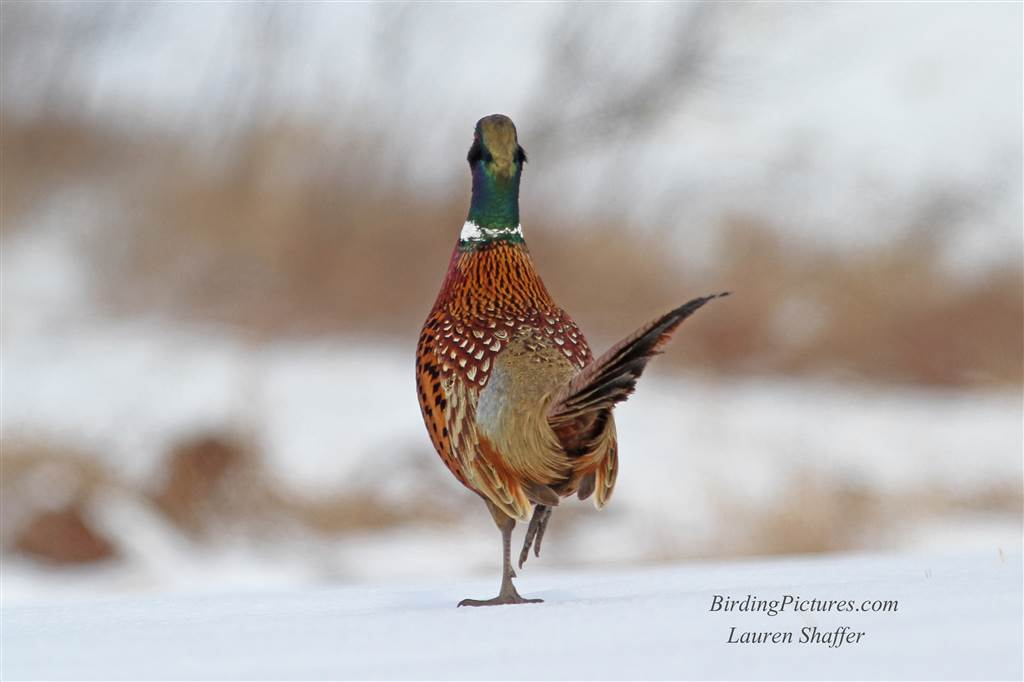