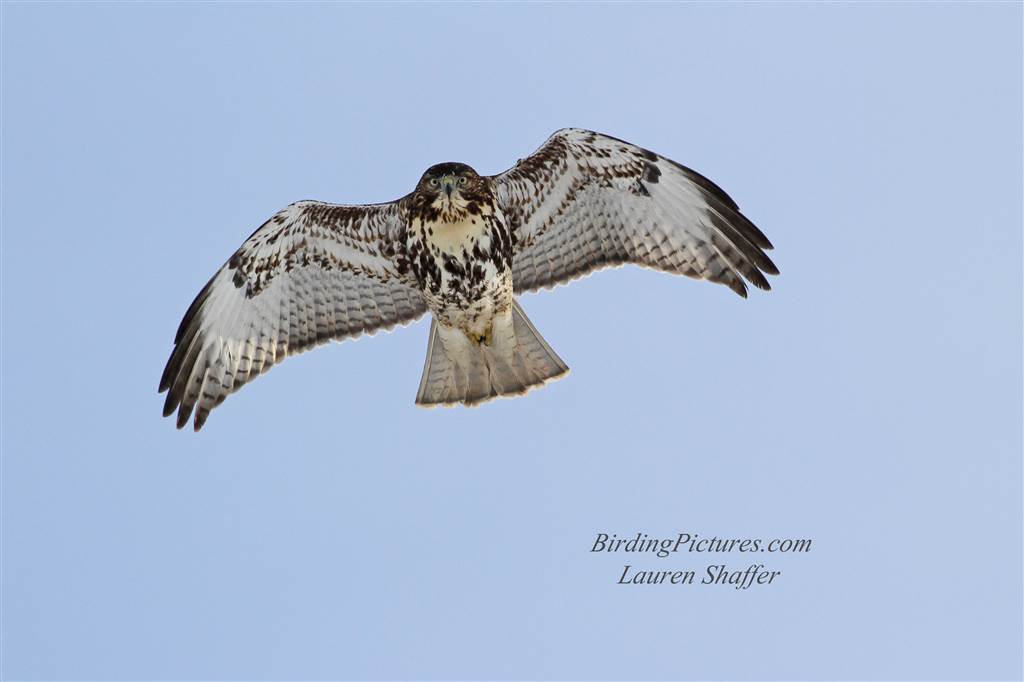 Identification of the Red-Tailed Hawk

Red-tails are easily seen from the highway, perched in trees, telephone poles or even wires, and sometimes soaring in the air with their rufous-colored tail shining brightly in the sun.  When perched, their bright white breast glows, and a belly band of dark streaks is usually visible.  Their dark  brown backs have white markings that are similar to the straps of a back pack, and the tail is reddish unless it’s a juvenile.  When flying, a dark leading edge of their pale wings is visible, as well as dark tips.  They are in the Buteo family which includes medium to  large hawks with broad wings, fairly short tails, and chunky bodies.

Both male and female look the same, except the male is smaller.  They range in size from 19-25 inches with a wing span of almost 5 feet.   They are very abundant across all of North America, but Western U.S. Red-tails can be much darker or even black.  Some from Canada may migrate South for the winter, but many Red-tails remain in the same area year-round.

Red-tailed Hawks are abundant in our neighborhood with our rolling hills and farmland.  This hawk had an attitude, and rather than shying away and  leaving the area when I trained my camera on him, he came straight for me!  His eyes were fixed on mine as he deliberately made a bee-line to where I was standing , then at last he veered off and perched in a large tree, and proceeded to give me the ole’ stink eye!  I’m really not sure why he was so put out with my intrusion, but February is nesting time, and maybe that is why he was letting it be known that I was trespassing. 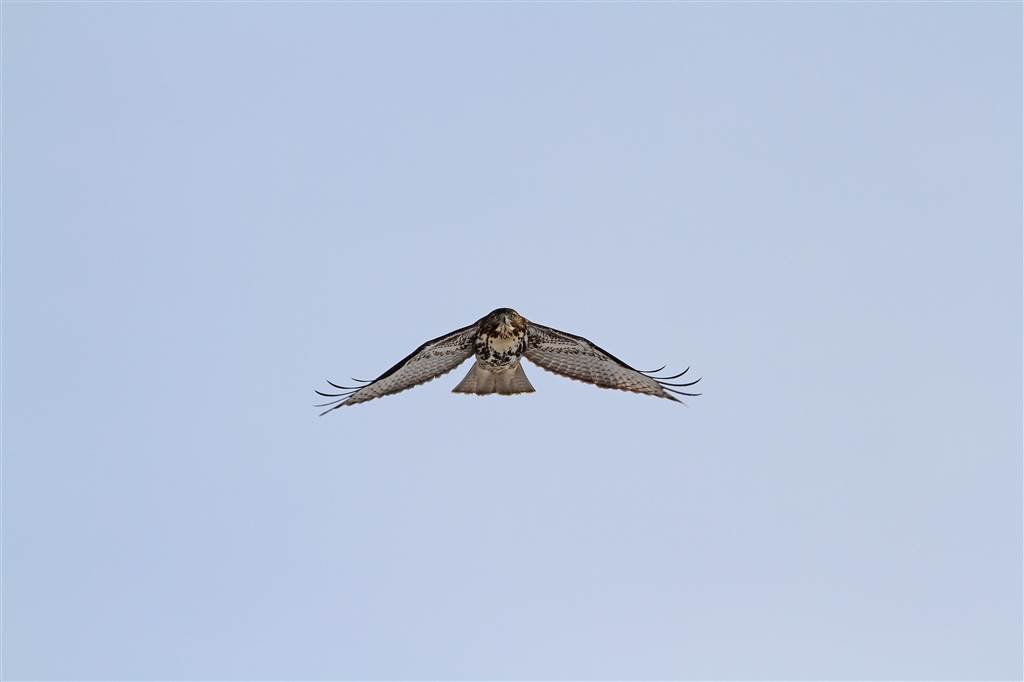 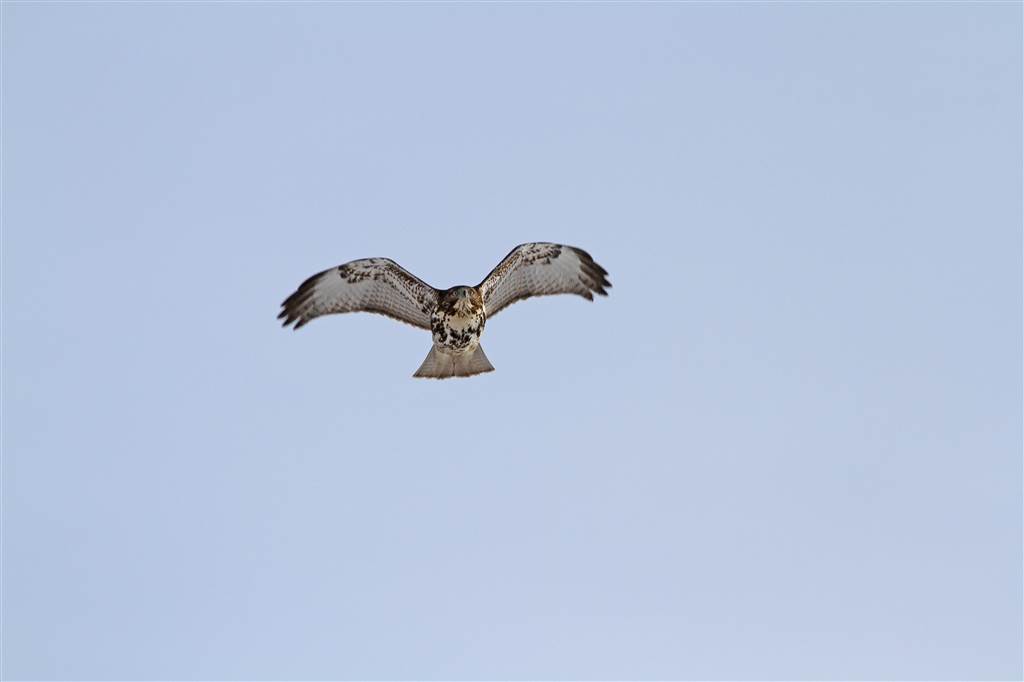 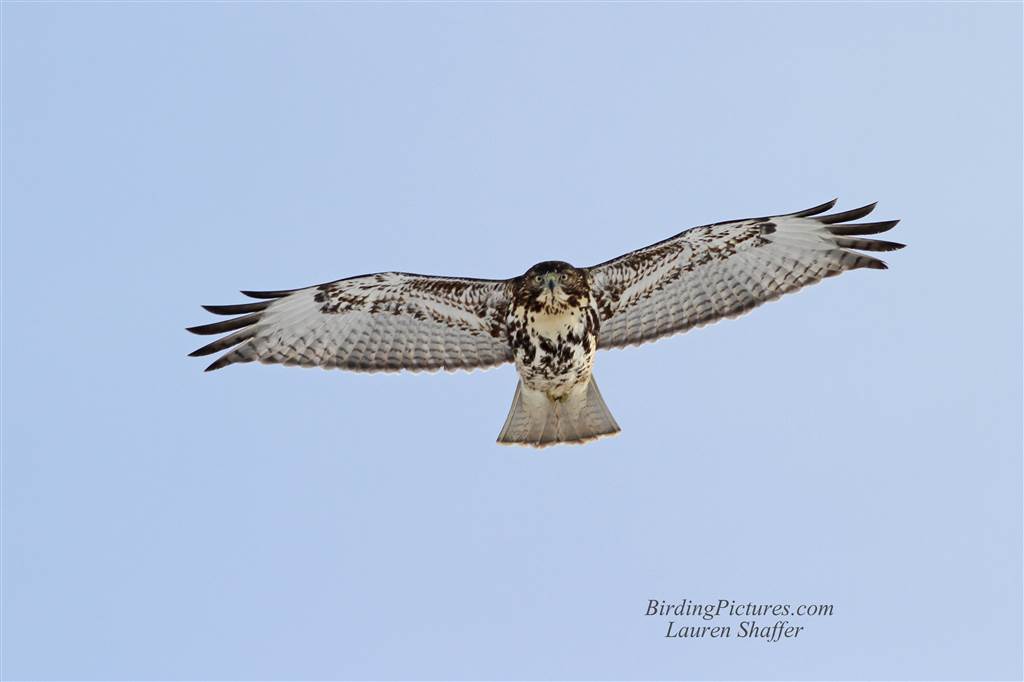 This Red-tail’s belly band is rather heavy, the tail is pale (but red from above), and the leading edge of the wings and the tips are dark. 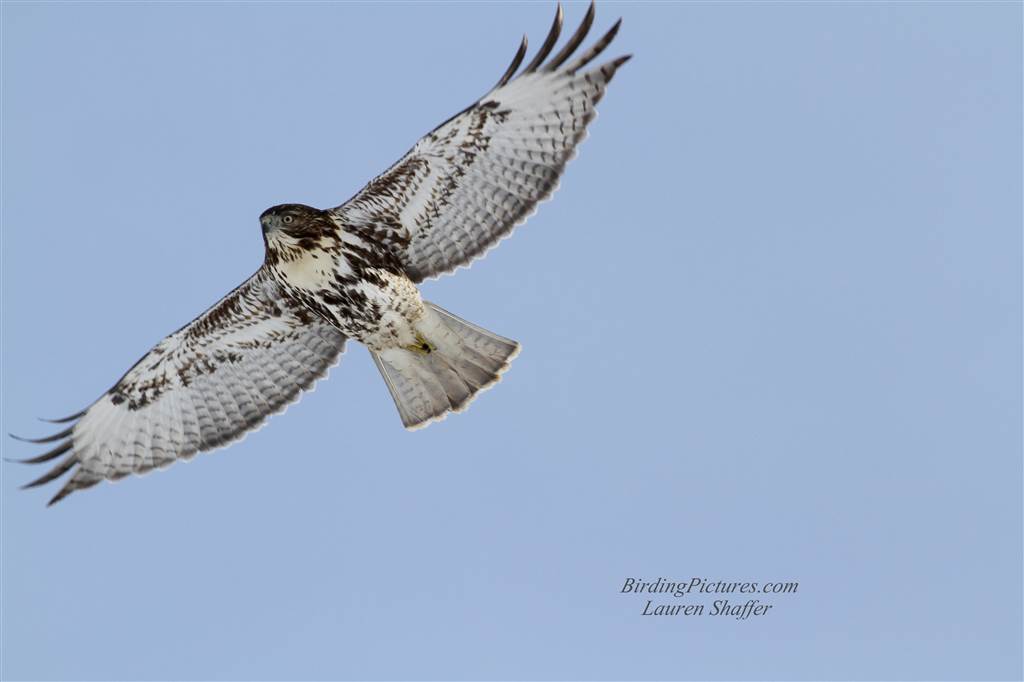 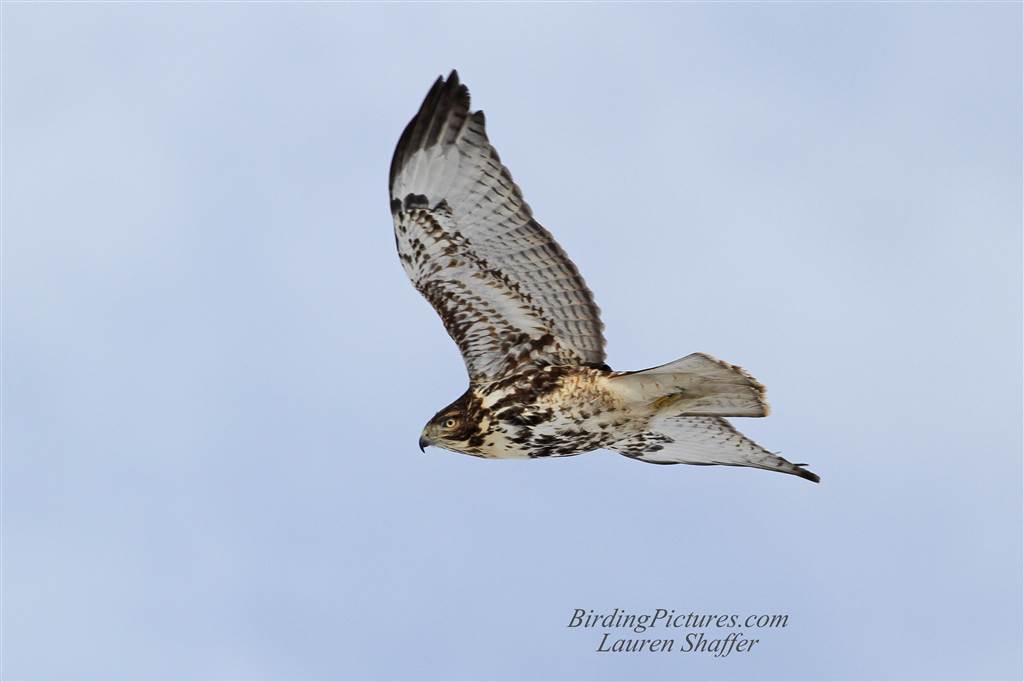 Heading for the tree 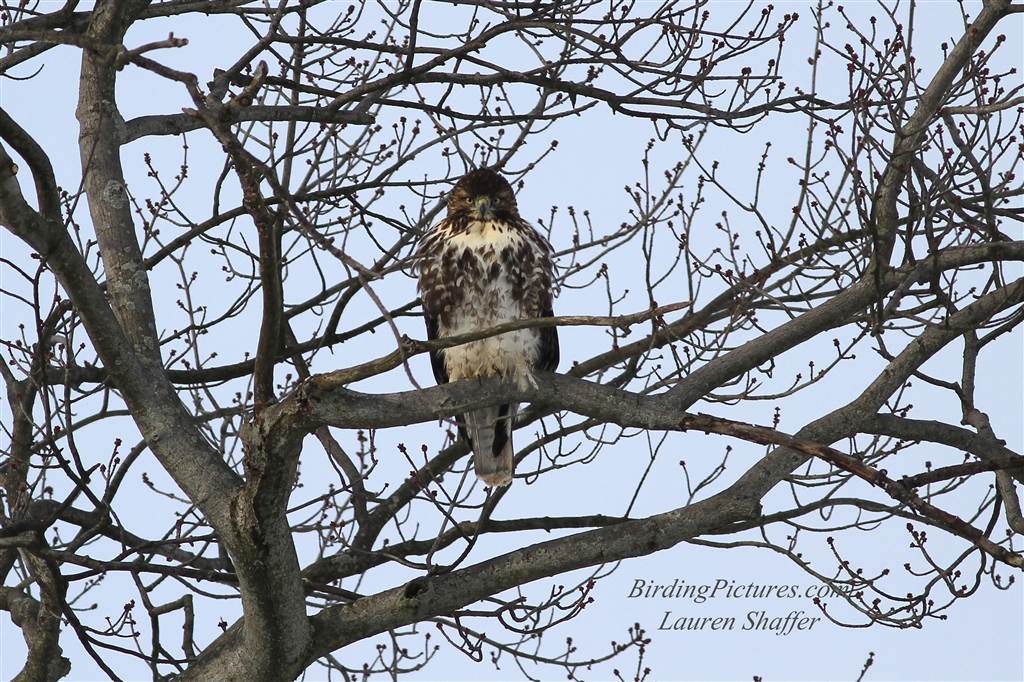 Giving me the Stink-eye!