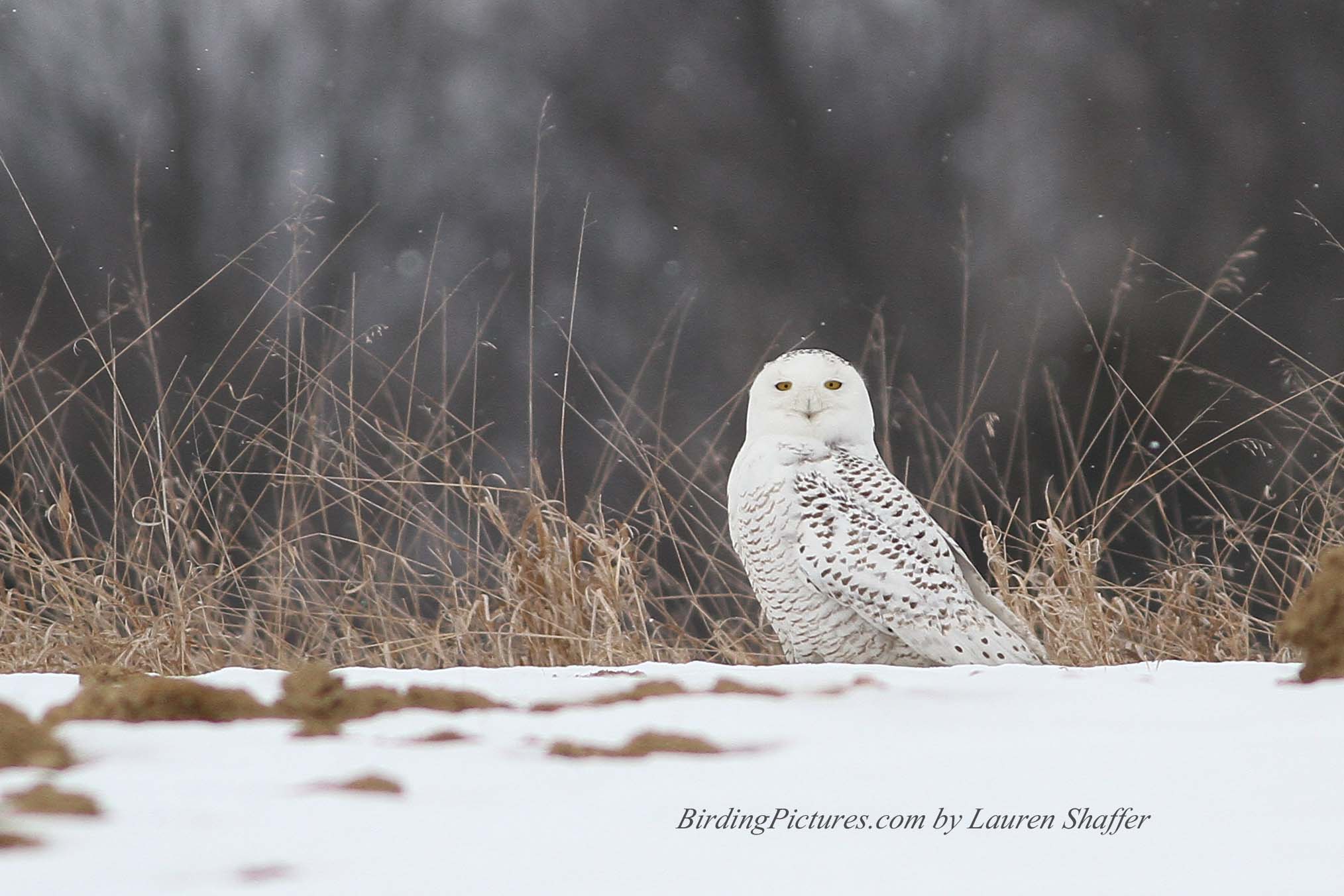 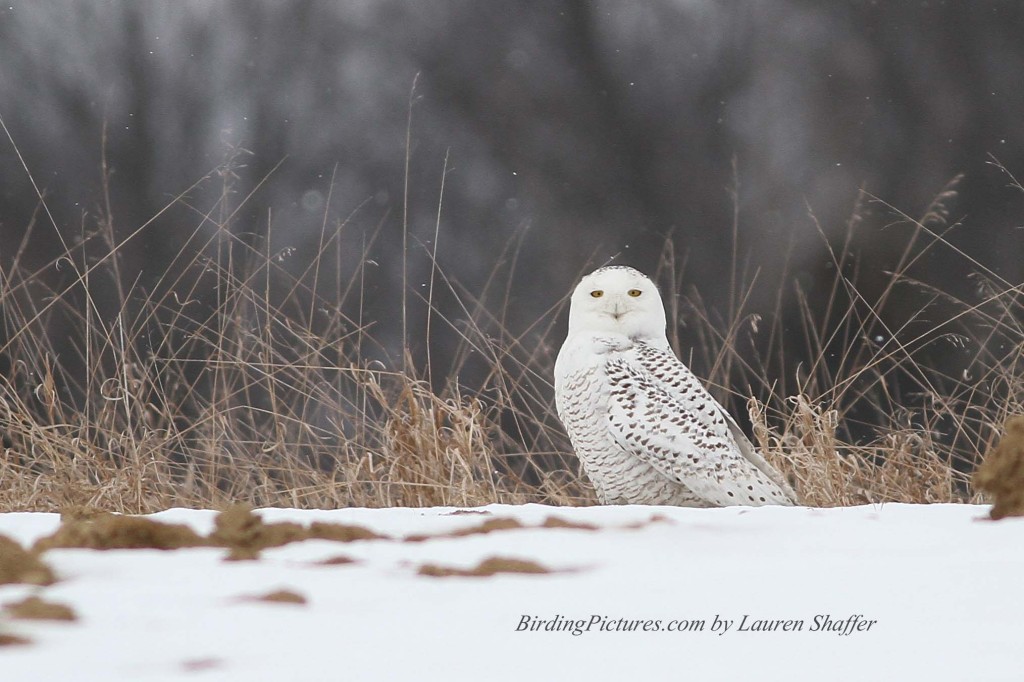 Identification of the Snowy Owl

As the photos show, Snowy Owls can be very lightly barred or almost white if they are adult males, and more moderately or darkly barred if they are juveniles or adult females.  In our area, we happen to have all three!  Here is a great infographic put out by Nature | PBS.

The irruption of Snowy Owls has caused great excitement in the area of Limestoneville which is east of Turbotville, with three continuing owls being sighted.  The Seven Mountains Audubon Facebook page became a great place to post up-to-the-minute news about where the owls were being seen each day.  The Milheim Road owl was first reported on Saturday, January 18th, in the fields and on the silo of a barn in Northumberland County.  Soon, the word spread through Facebook, and the cars lined up along the country road with spotting scopes set up to share with any who were interested.   At dusk, the owl would fly up out of the field onto the silo or into a tree and great excitement followed. It was also great to put names to faces from both Seven Mountains and Lycoming Audubon groups!
Then on January 25th, the same moderately-barred owl was spotted about a mile away on Shady Hill Road.  It often perched on a corner post far back in the field next to a Pheasant Reclamation area.  Lines of cars then began showing up on Shady Hill. Around the same time, another owl was spotted off of Strick and Fairview Roads. Both of these areas are in Montour County. This owl was much more heavily barred than the first owl. A side benefit of all the excitement was that area birders discovered the richness of this agricultural treasure with its other great birds: Short-eared Owls, an active Great Horned Owl nest, many Northern Harriers and Rough-legged Hawks, Horned Larks, and sometimes Snow Buntings with a Lapland Longspur thrown in!
With the heavy snow in early February came the snowmobilers, who cut through every field including the fields where the owls had been hanging out.  It was feared that they had left the area, but they were rediscovered.  The Fairview Owl was seen occasionally early in the morning, but the Milheim/Shady Hill Owl wasn’t seen until Feb. 21 at the intersection of Ft. Rice and Milheim Roads.   Then on Feb. 22, another Snowy, more lightly barred, was spotted behind a farm on County Line Road which also hosts the Short-eared Owls in the corn shocks.  Three owls in the same area, just a mile or two from each other at once!  The birders began to have evening parties again along the roads, along with the residents, who after looking through a scope became just as excited. 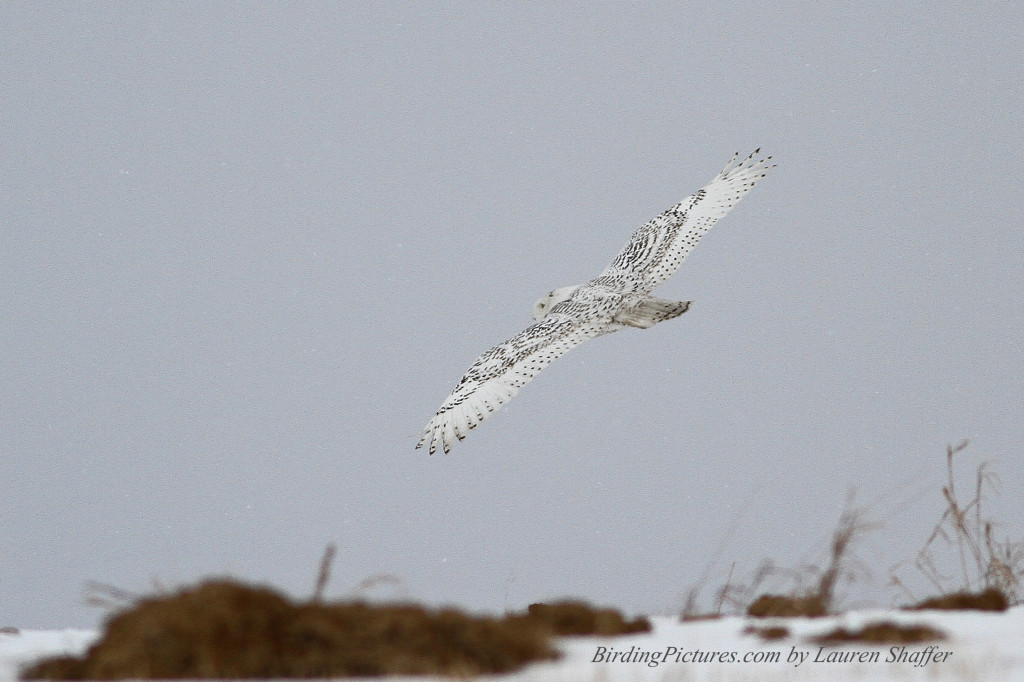 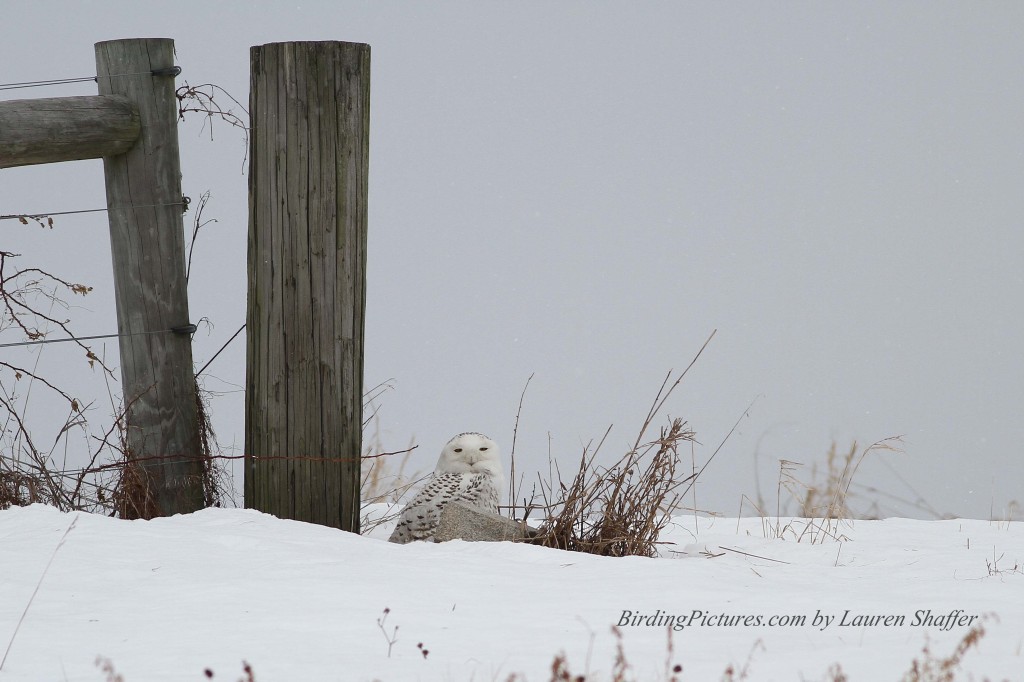 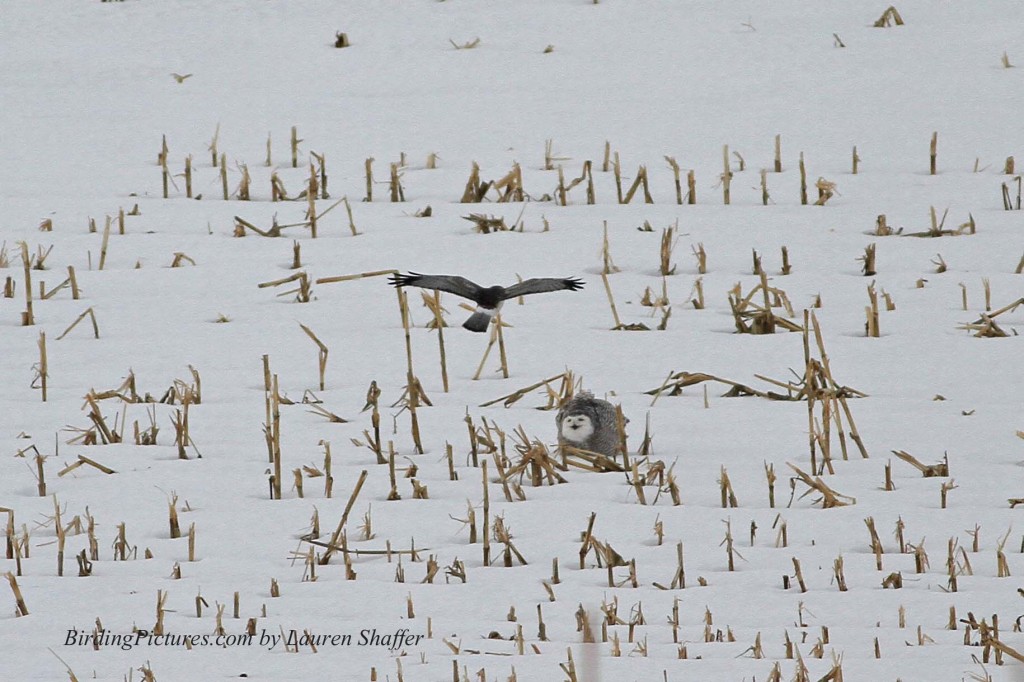 Fairview Road Owl being pestered by a Harrier. Notice how dark he is. 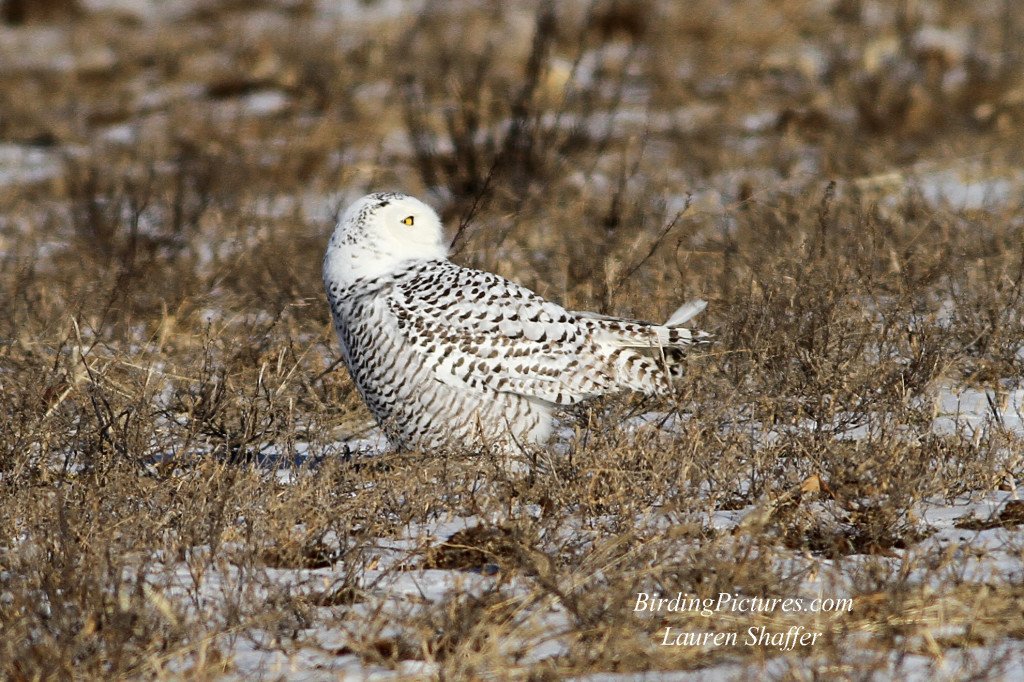 More photos can be viewed in the previous blog: Snowy Owl in Northumberland County, PA.