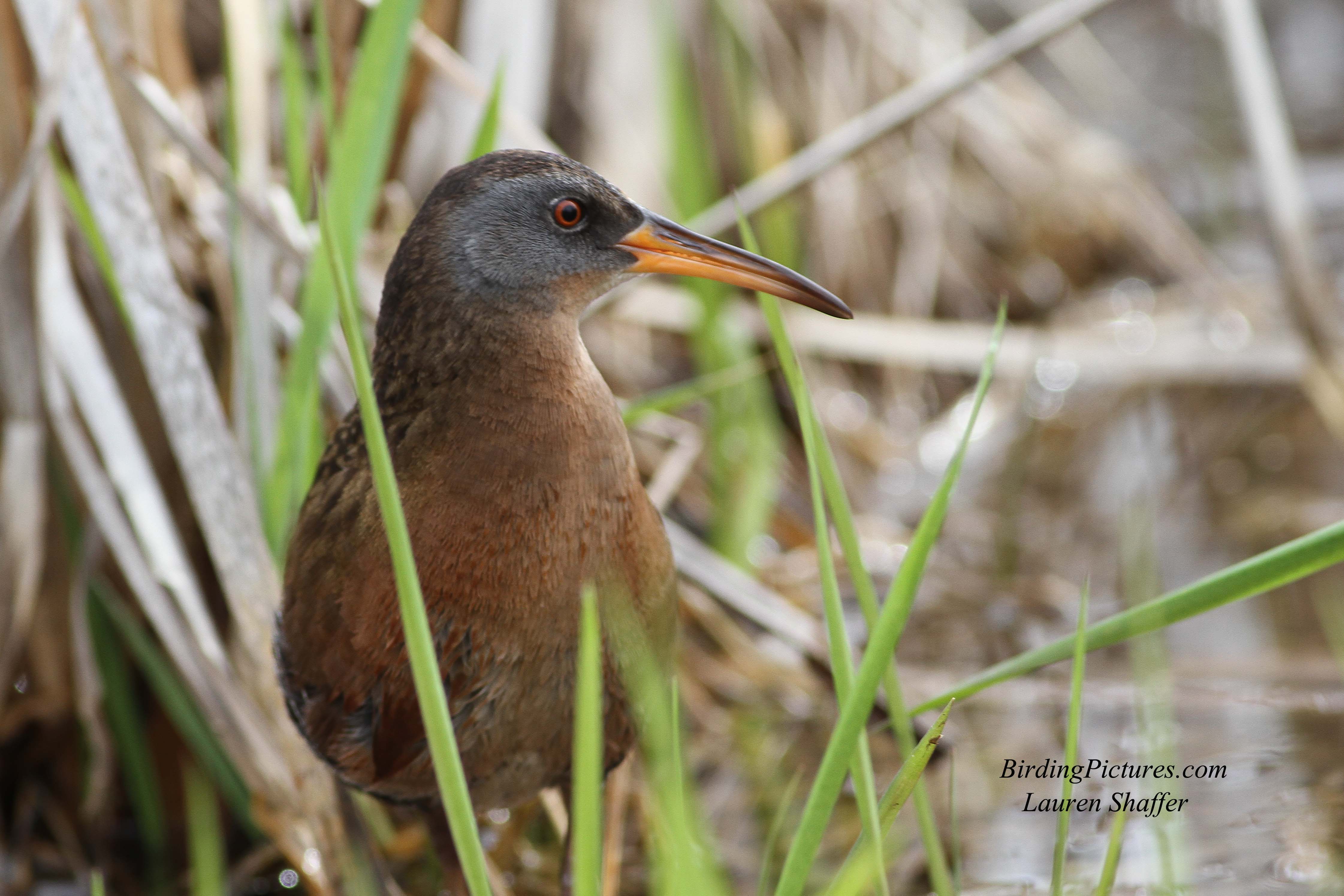 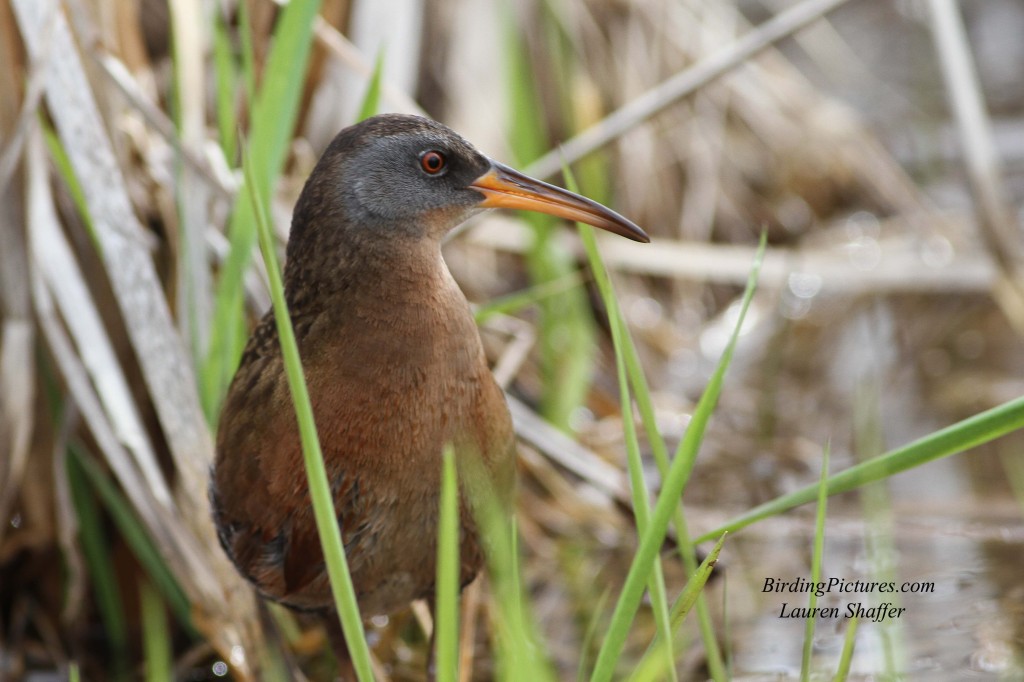 Virginia Rails are very secretive marsh-loving birds which are rarely seen.  In fact, in 30 years of birding, I had never seen one until last year.  I had heard them giving their kid-ick, kid-ick call, but had never laid eyes on one. Last year I was determined to add this bird to my life list, and visited every marsh I could find in our immediate area.  Not a sight or a sound to be had!  Then it suddenly occurred to me that our own little overgrown pond which was almost filled up with cattails might be the perfect spot to find one.  Immediately upon sneaking up on our marshy pond, I spied a dark bird skulking through the grasses at the edge of the pond.  It was so small, that I thought at first that it might be a red-winged blackbird, but after seeing the long orange beak, dark face with the red eye, I knew that I was at last seeing a Virginia Rail in my own backyard!  He hung around for only a few days, then moved on. 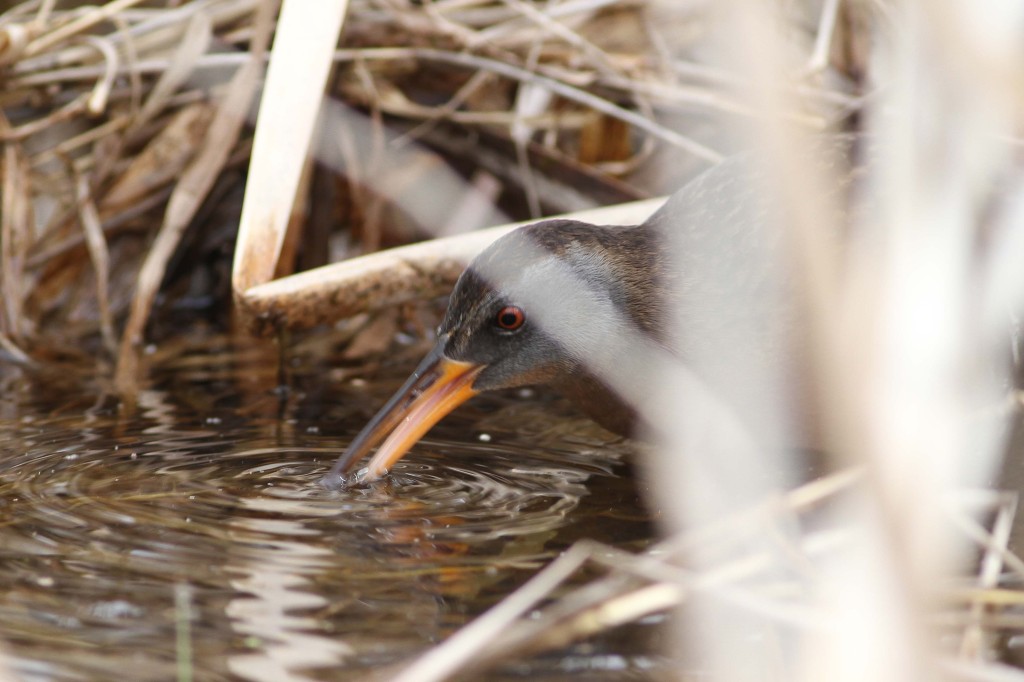 Virginia Rails feed on insects and other invertebrates as well as plant matter.  With a deafening number of spring peepers and other frogs in the pond, he should have plenty of food here if he likes small frogs!

This past winter and spring gave us more precipitation than we’ve had in years, and for the first time in at least six years that I’ve been checking, the wetlands on Kelly’s Dam Road in Northumberland Township, PA had calling rails and Soras. At least one Virginia Rail was quick to give responses to our play back calls, but was reluctant to show himself to us.  Finally, he sauntered into the open, giving glimpses of bits and pieces of his chicken-like tail and long orange beak.  He squeezed through the reeds and defied us with our big lenses to get a clear shot.  When he came out into an area with patches of grass and little cover, he scooted from behind one patch to another as quickly as a mouse would.  No wonder that we heard him calling from one area and then another a minute later.  He could really get around!  In the photo below, he silently steps up onto a fallen cattail with his large feet and skulks his way past us. 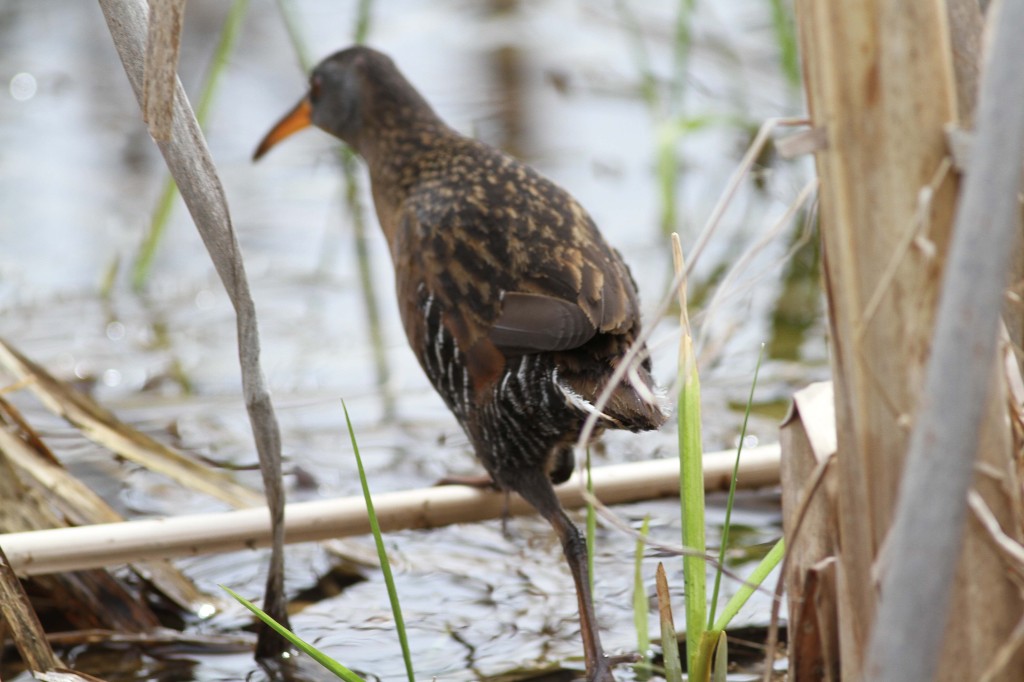 The Virginia Rail pictured below is the one from my pond last year.  It seems darker brown with a richer red-orange bill. 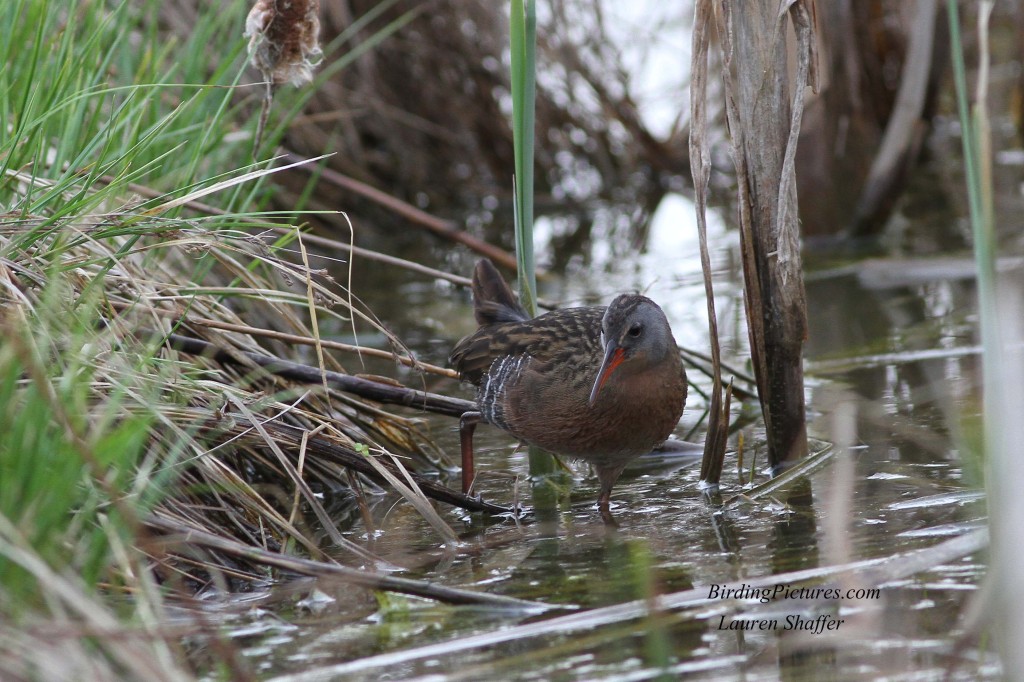 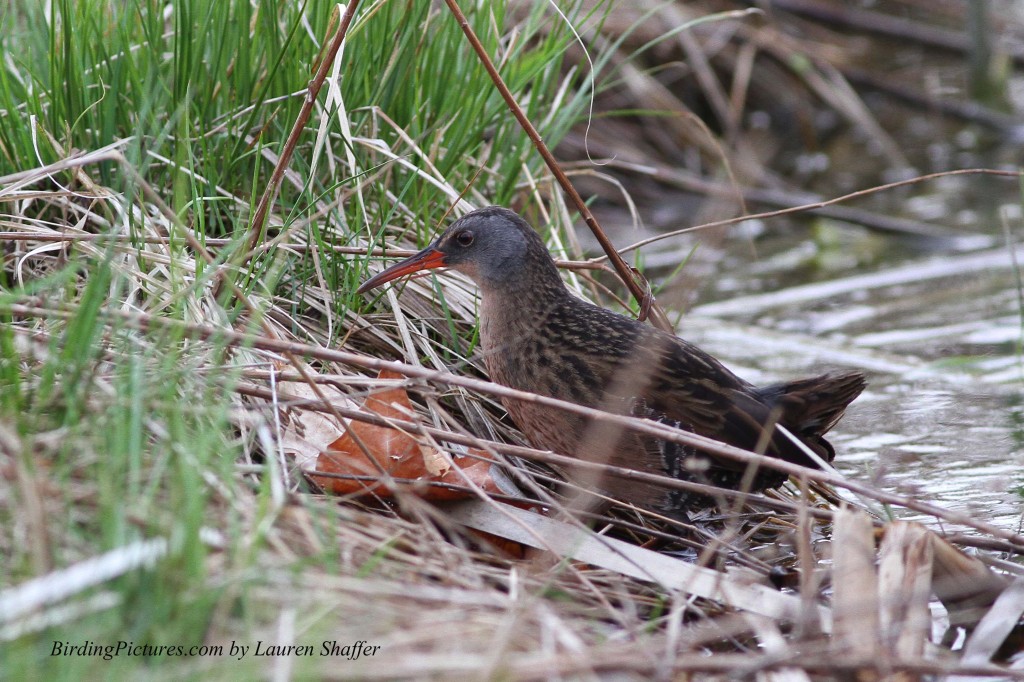 What a thrill to finally get long looks at this elusive bird, and to observe its behavior!  Hopefully with the wetlands so full of water this year, we’ll have at least one breeding pair.  I’ll keep you posted!