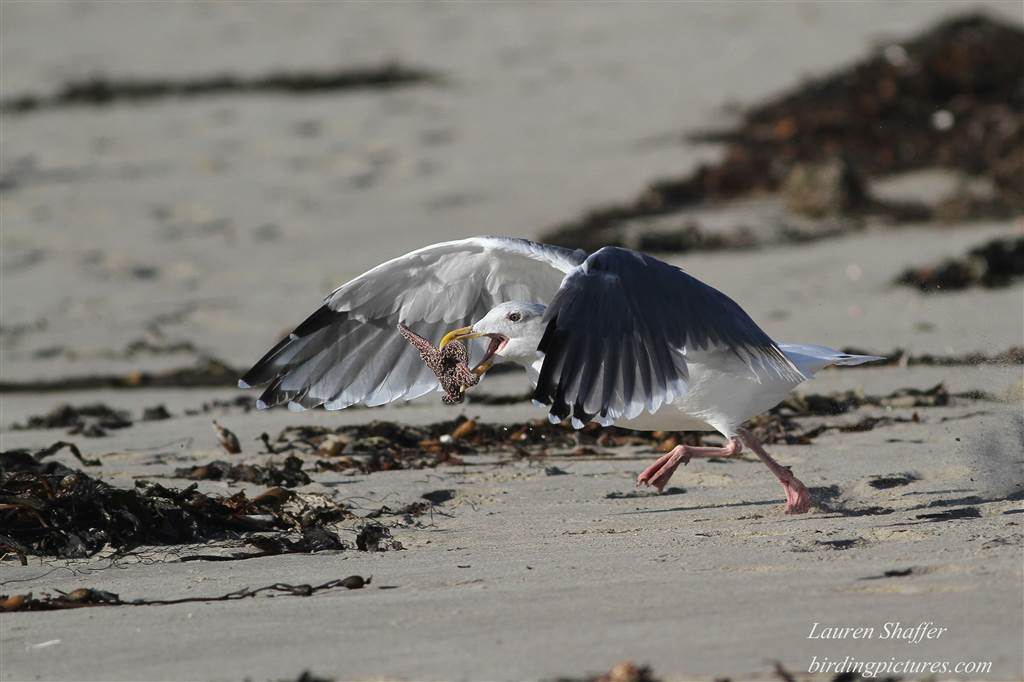 I caught this photo at the end of Jetty Road near Moss Landing, California.  That’s quite a mouthful of a very active Sea star!  National Geographic says that their tough exterior discourages predation, and average life expectancy is 35 years!  Also,

Beyond their distinctive shape, sea stars are famous for their ability to regenerate limbs, and in some cases, entire bodies. They accomplish this by housing most or all of their vital organs in their arms. Some require the central body to be intact to regenerate, but a few species can grow an entirely new sea star just from a portion of a severed limb.

I would have liked to have seen if the gull was actually able to eat part or all of this starfish.  Maybe its life expectancy was not so great!