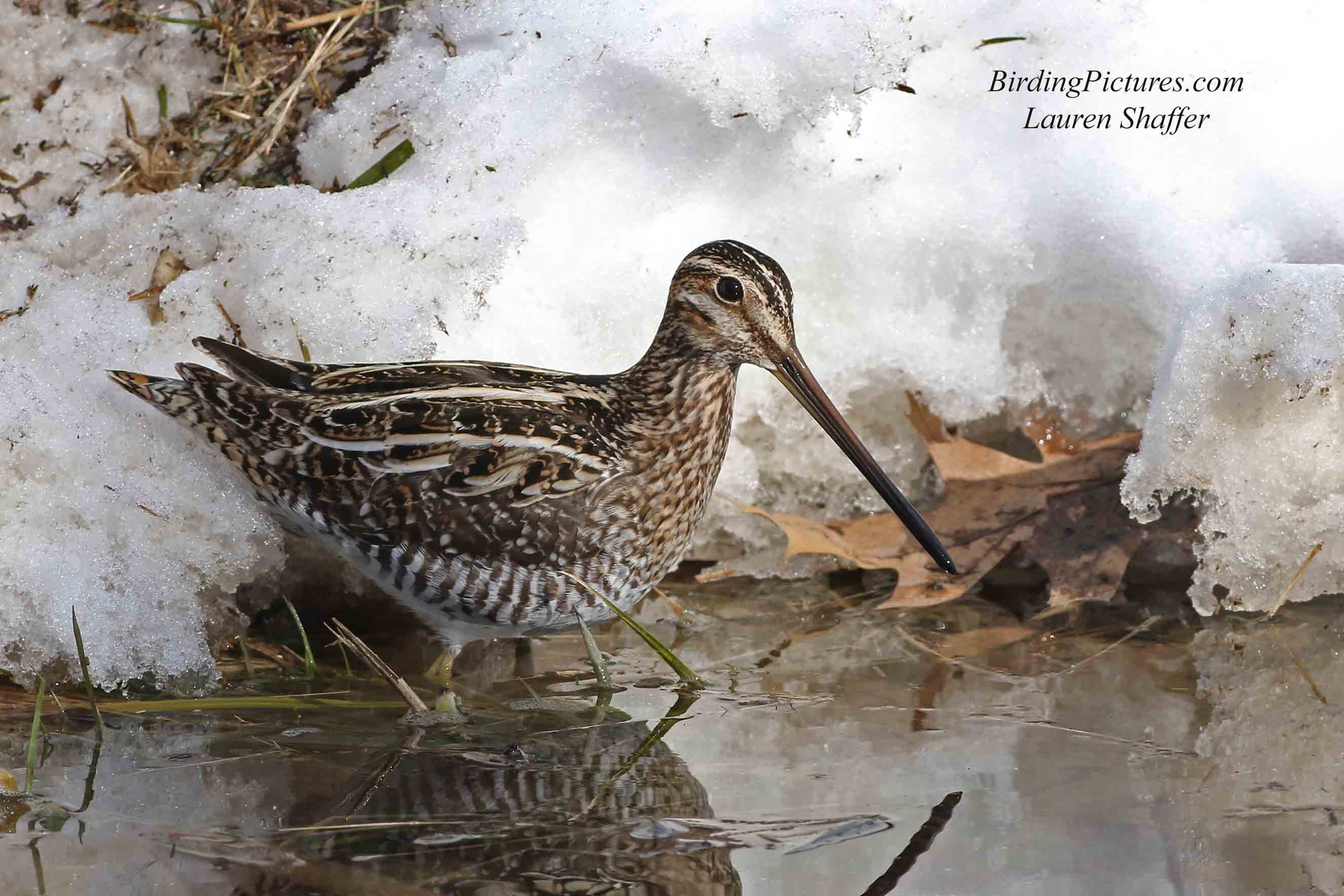 Wilson’s Snipe are short, stocky shorebirds that use their long, thick bills to probe for earthworms and other invertebrates in the mud. With the two feet of snow dumped on our area this week, the Wilson’s Snipe congregated in two small spring-fed open places in the field near my house as well as the ditch along the road. 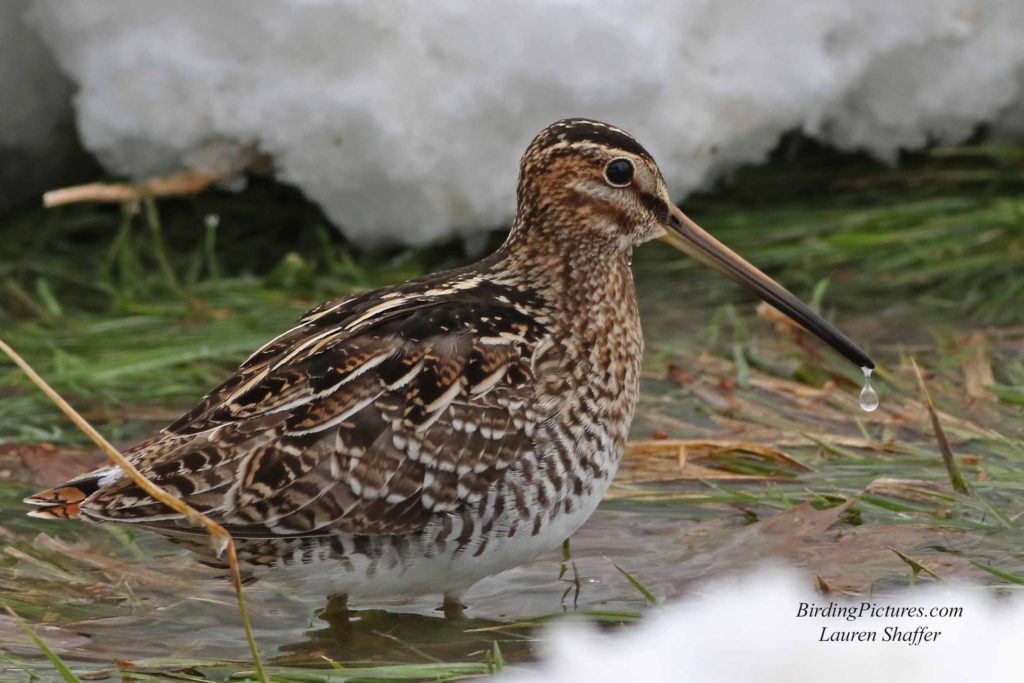 Several Killdeer joined them which made for some fun behavior to observe. The Snipe are actually a little smaller than the Killdeer and sometimes were intimidated enough to jump out of the way, or at least to partially raise their tail feathers. Their short legs and camouflaged bodies blend in with their muddy surroundings, given away only by the up and down motion of their heads as they feed. 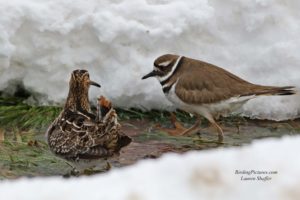 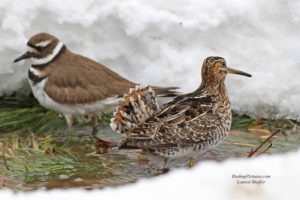 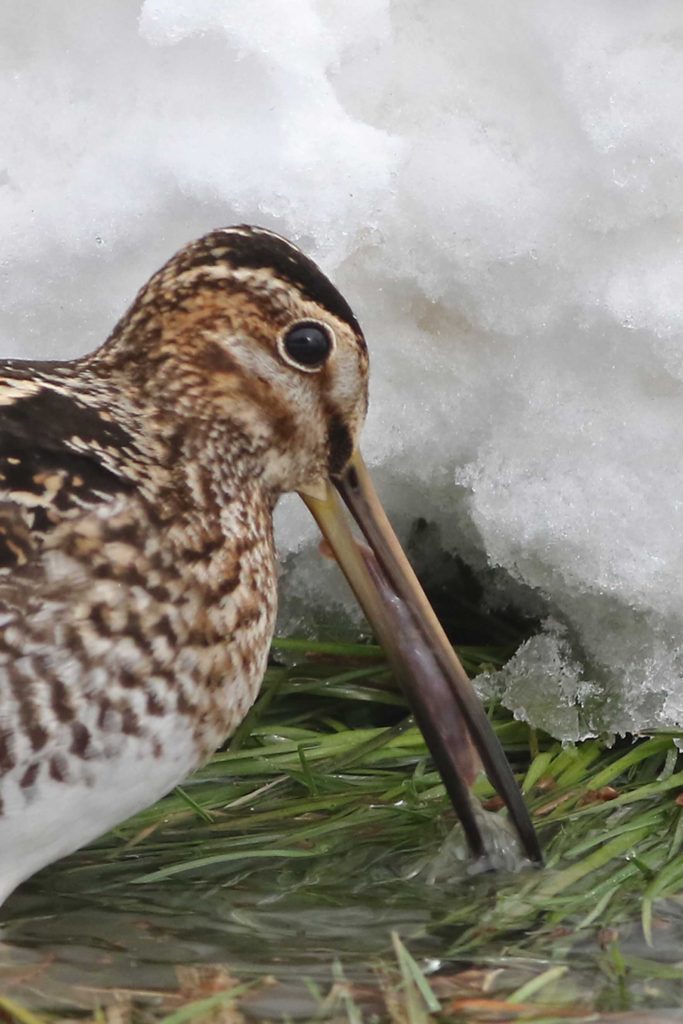 The bird below is literally up to his eyeballs in water! One would expect it to have its eyes closed, or at least protected by the nictitating membrane. Since it was so close to the road, maybe it wanted to keep vigilant for danger. 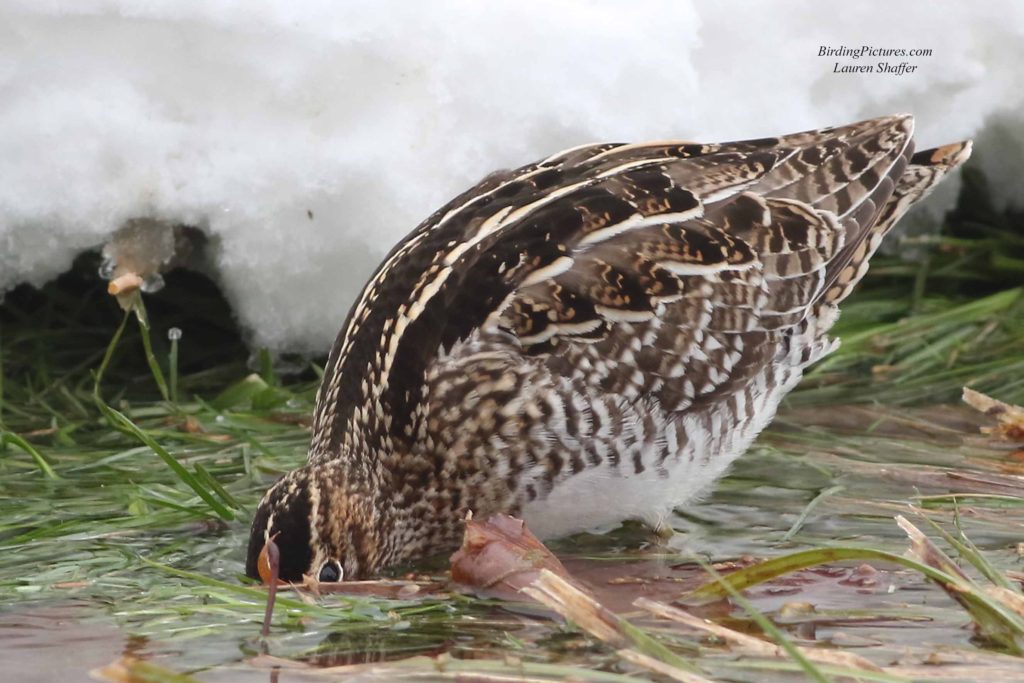 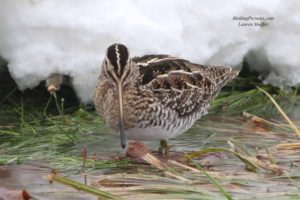 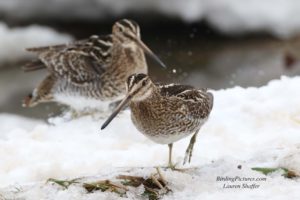 According to the Audubon Guide to Birds,

I happened to hear the spooky winnowing flight sounds one night from the back side of our woods. It sounded ethereal, like someone playing a musical hand saw. Weird! 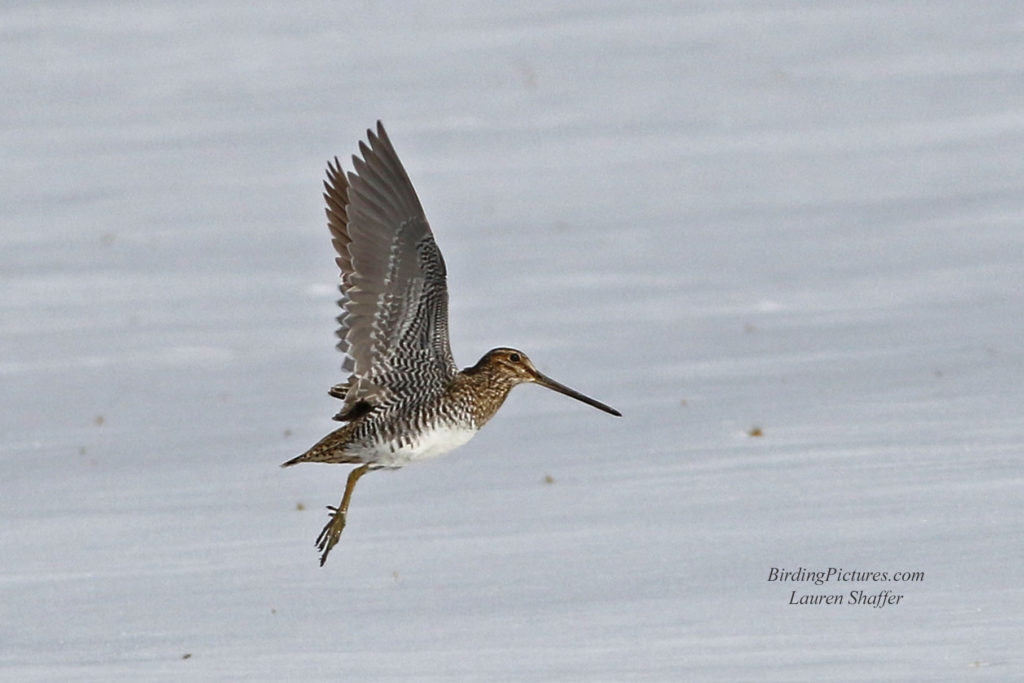 When fleeing danger, the Wilson’s Snipe will fly away in a zigzag manner, making it hard to follow. Cornell’s website states that

With its interesting behavior, its handsome stripes and long bill, the Wilson’s Snipe is a great bird to study.