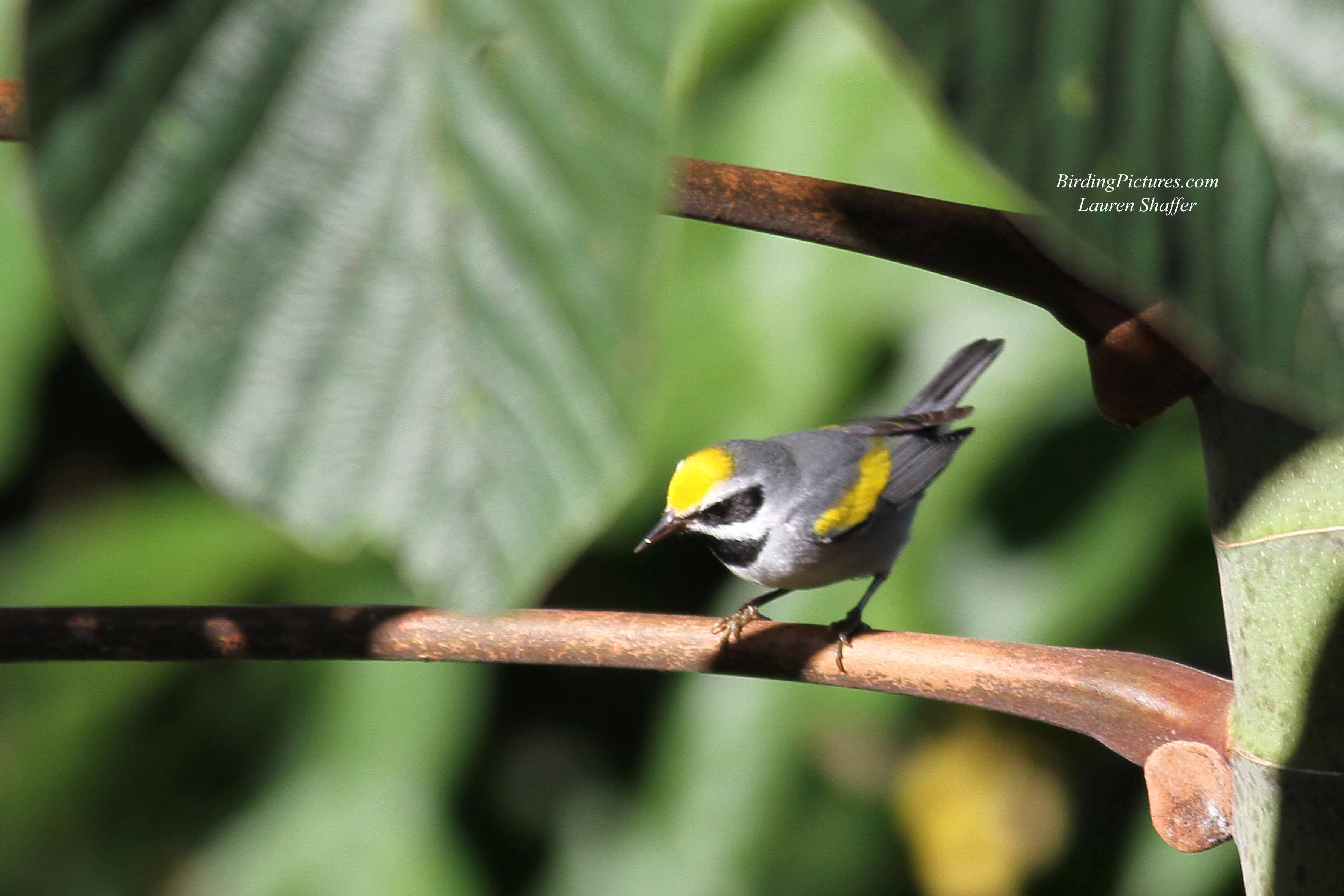 Where do all the warblers go in winter? On a recent trip to Costa Rica, my husband and I were excited  to see many of our eastern North American warblers thriving in their “other” home down south! Indeed, they spend more months in Central America than in our neck of the woods where they come to have their babies. Chestnut-sided and Tennessee warblers were the most commonly seen there. 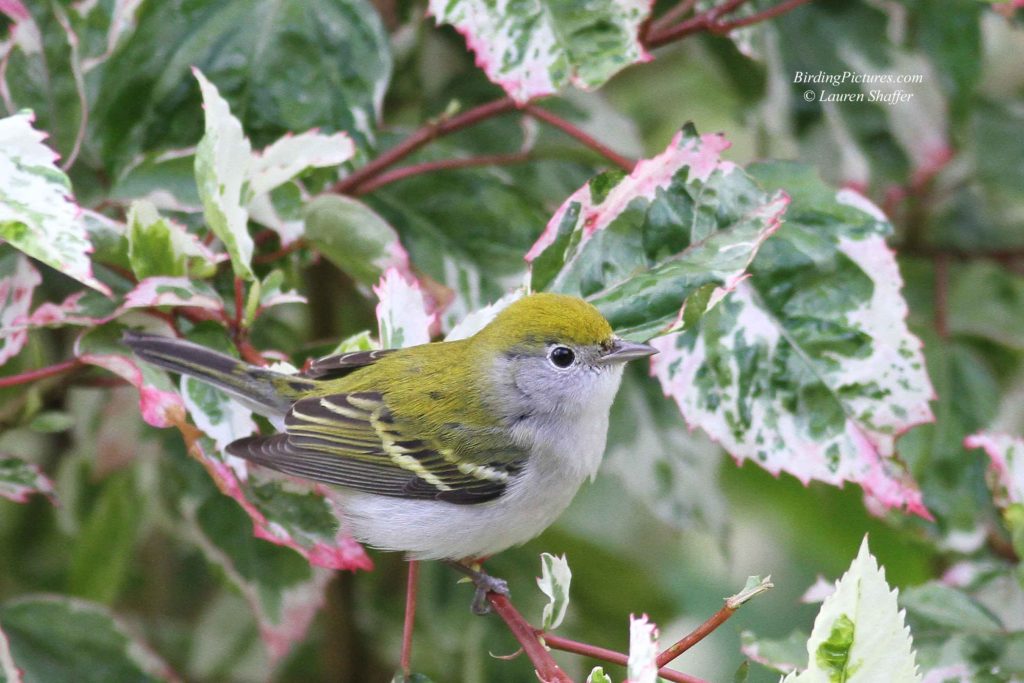 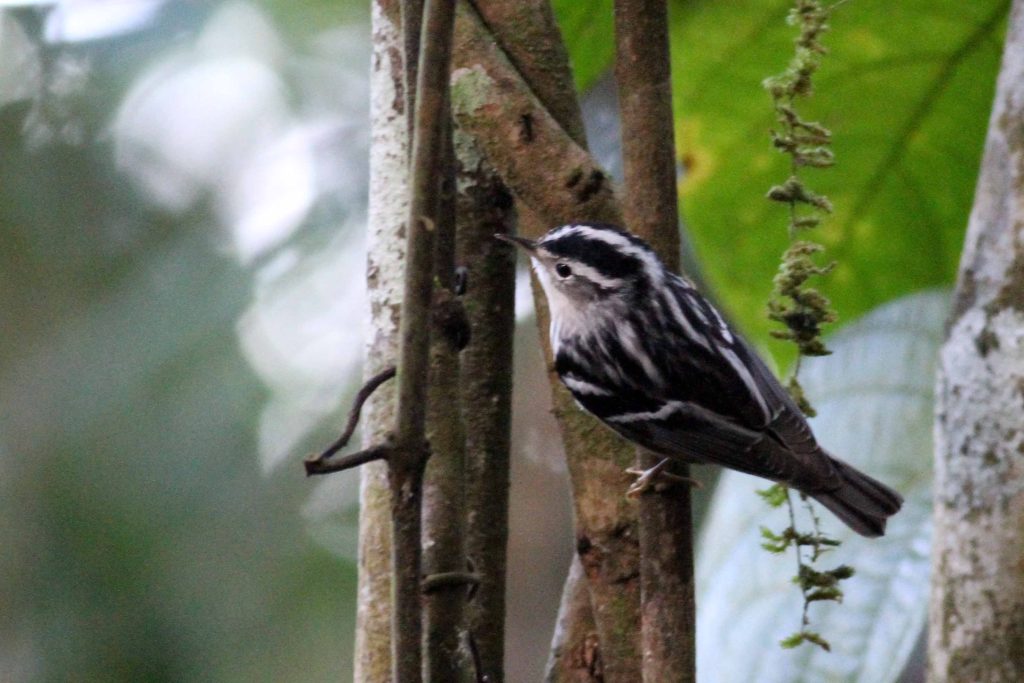 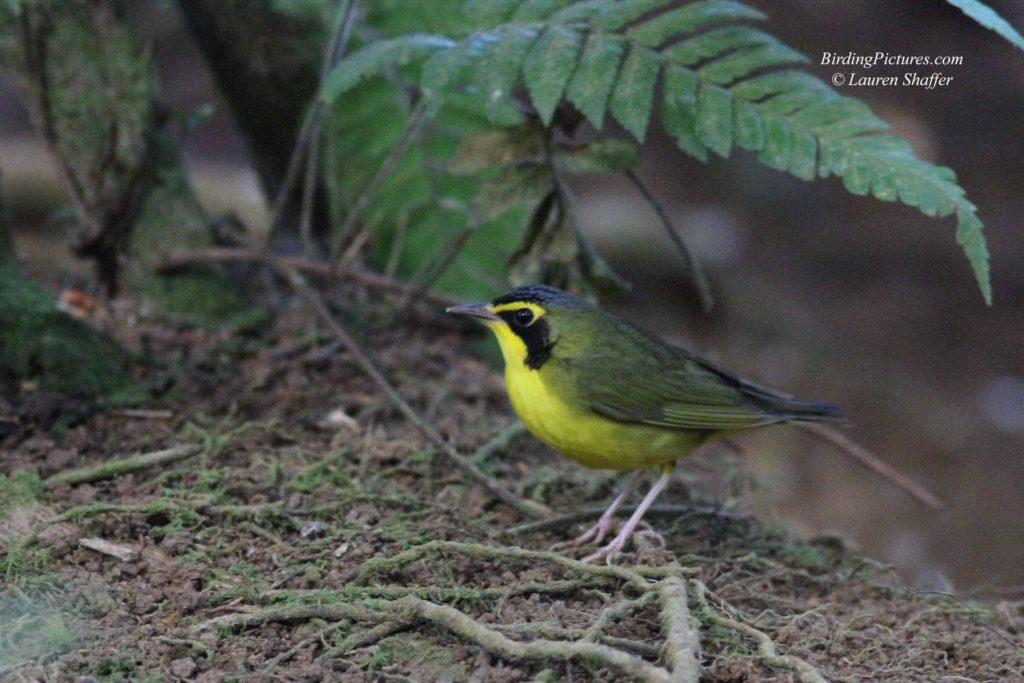 Kentucky Warbler–a rare one for me in Pennsylvania! 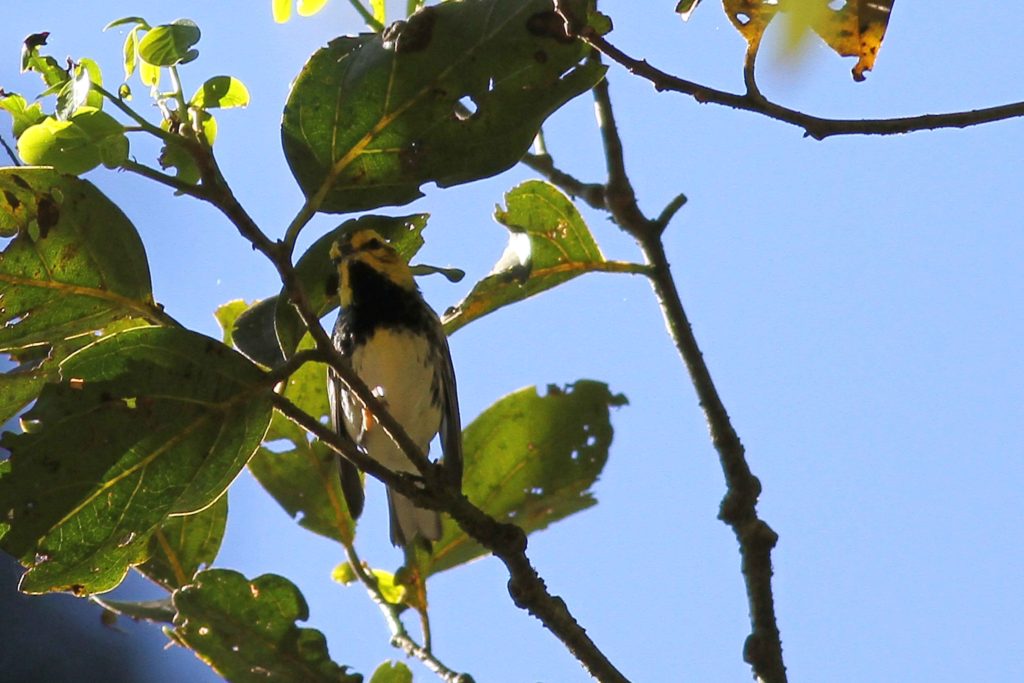 A birding friend insisted that this was a Golden-cheeked Warbler, an endangered species which breeds only in a small part of south-central Texas, but it looks like a Black-throated Green to me. What do you think? Of course it was high up in the trees with limited light, which made it really hard to figure out. 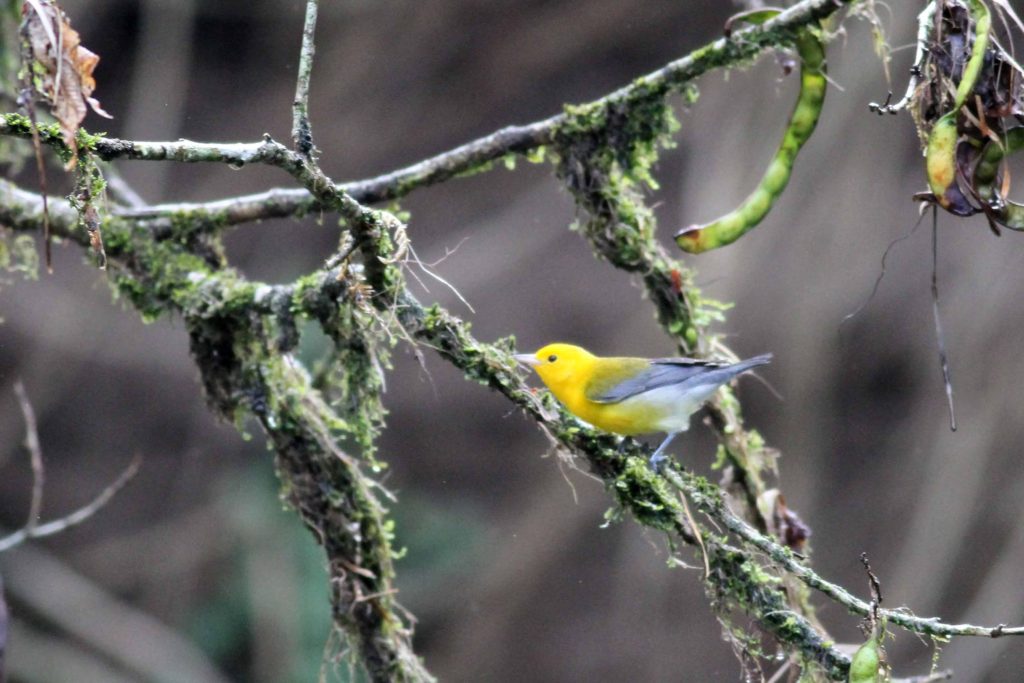 Prothonotary Warbler–another special species which we saw along the river. No surprise that a warbler species that prefers a certain habitat here would be found in the same habitat in Costa Rica. 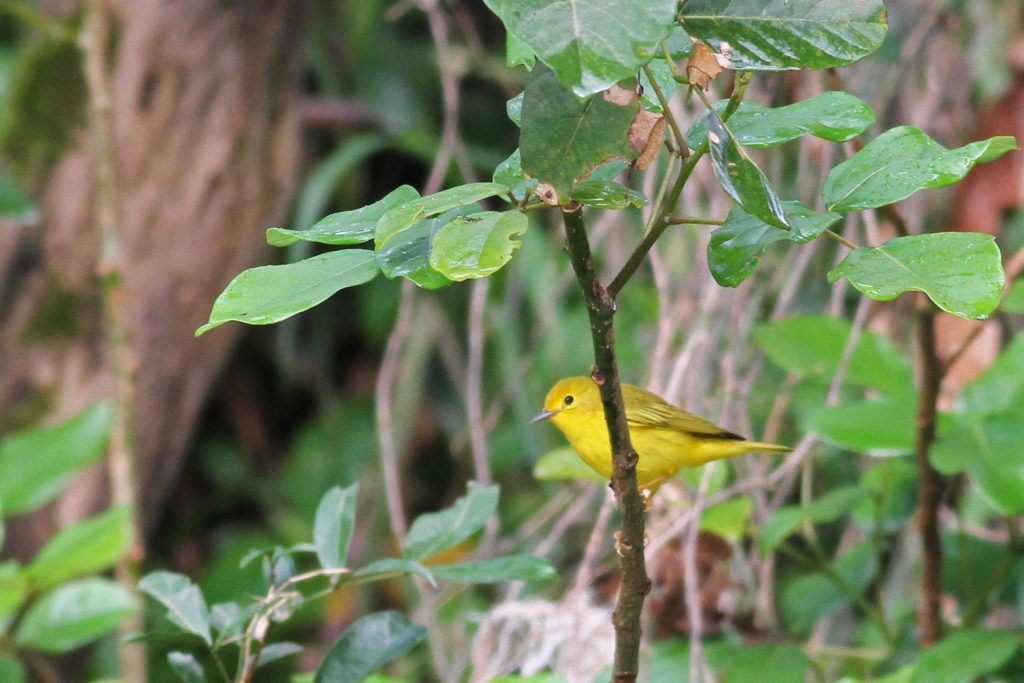 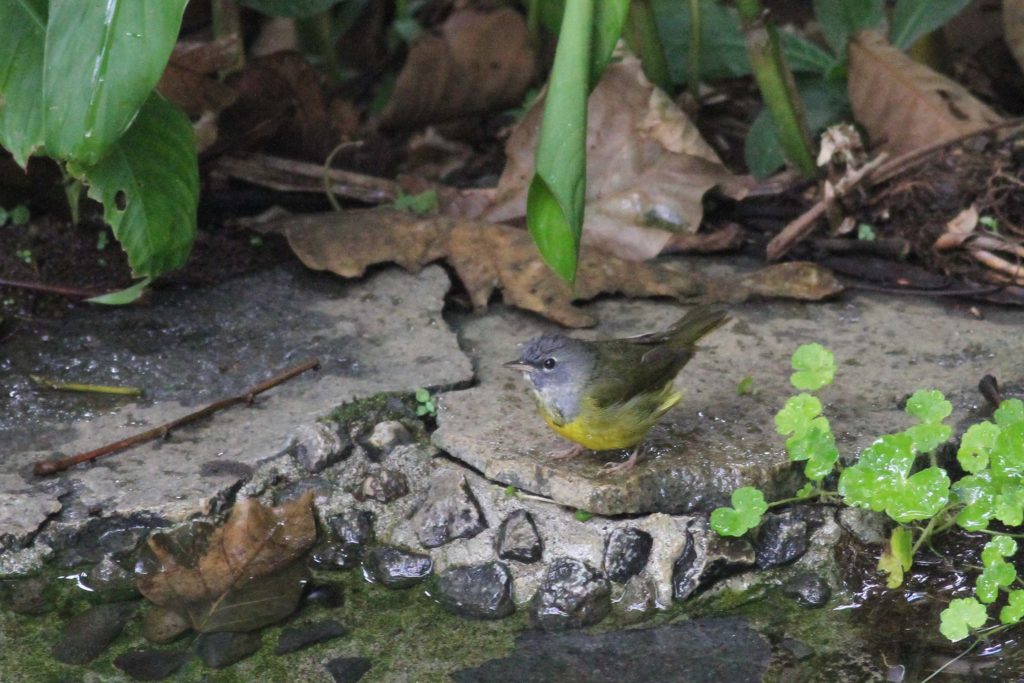 Oh my gosh! A Mourning warbler, come to bathe in the pool at Rancho Naturalista, an incredible birding lodge in Turrialba. 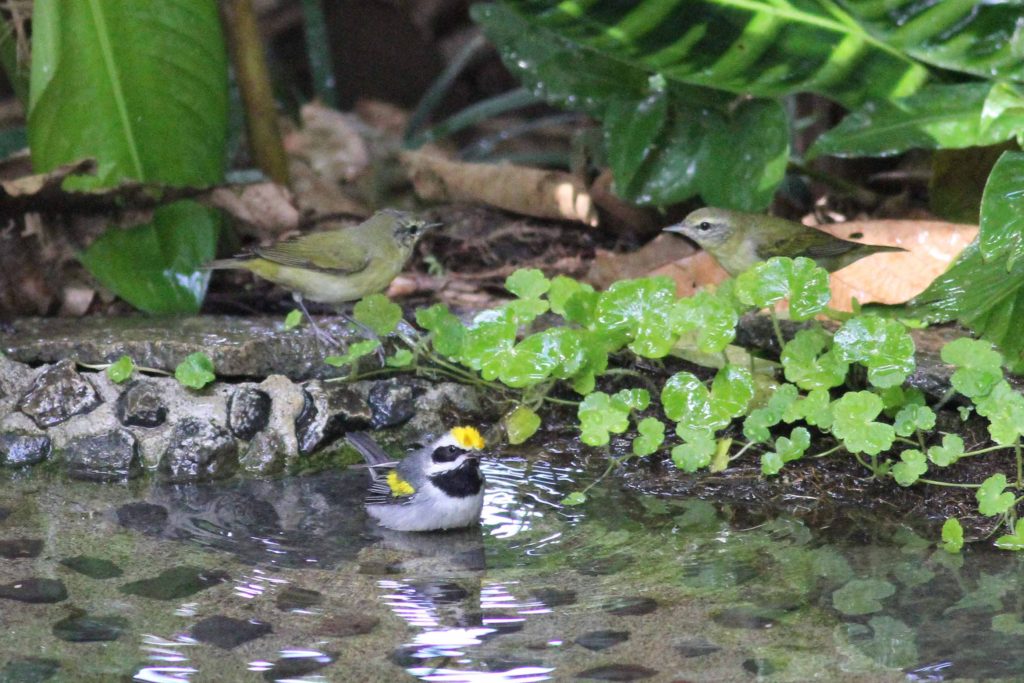 A Golden-winged Warbler bathing while two Tennessee warblers look on! 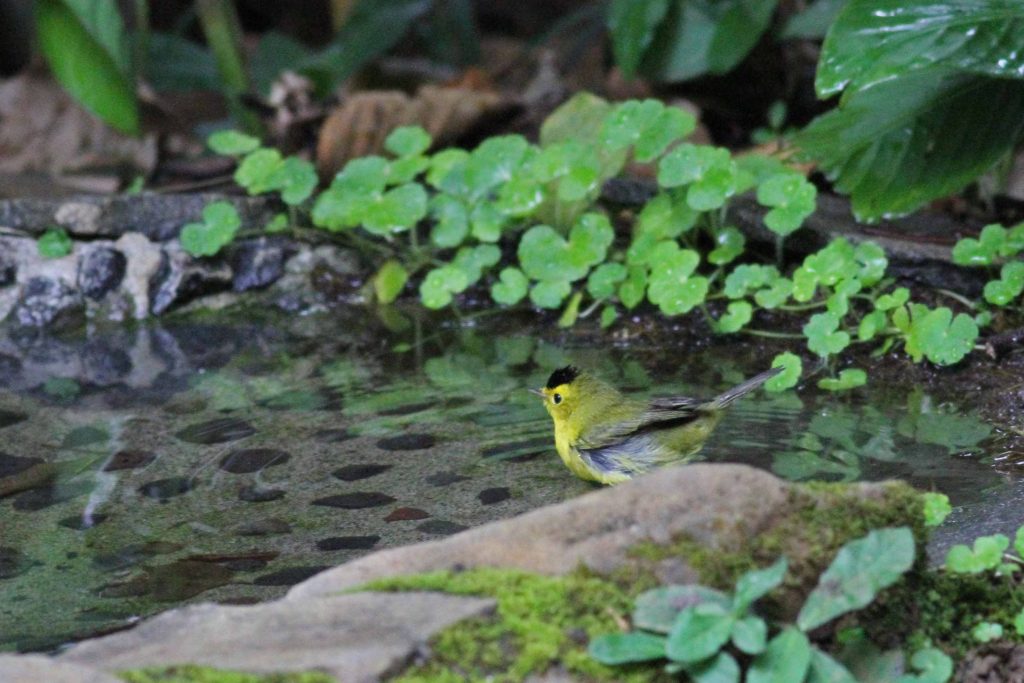 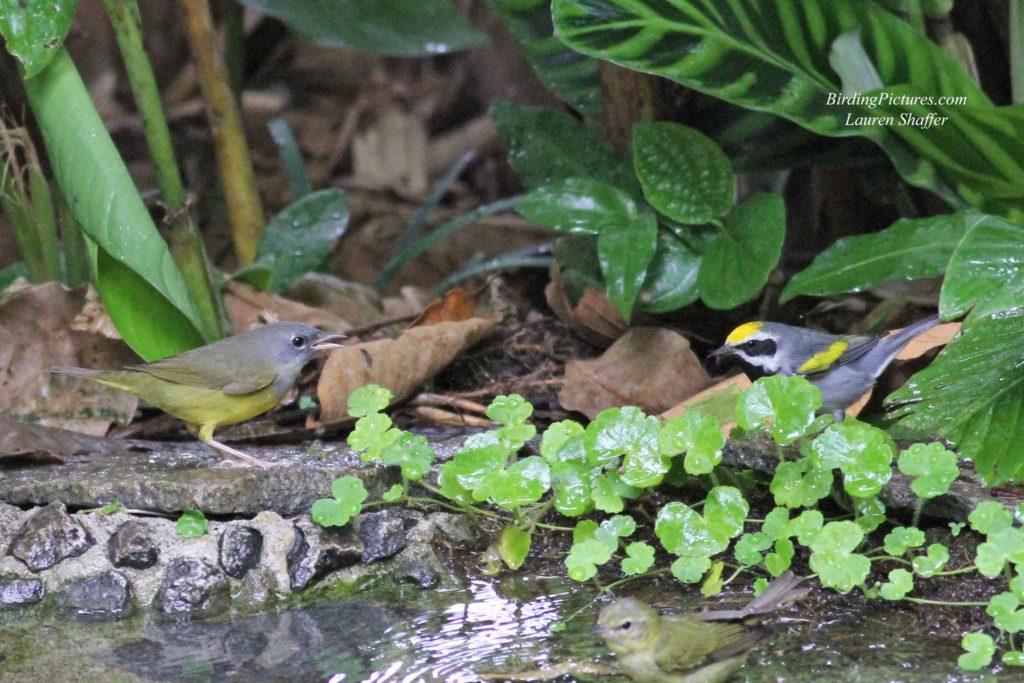 Unbelievable! Mourning and Golden-winged Warblers in the same frame (along with a Tennessee warbler in front.) Can it get any better than this? I guess it can! 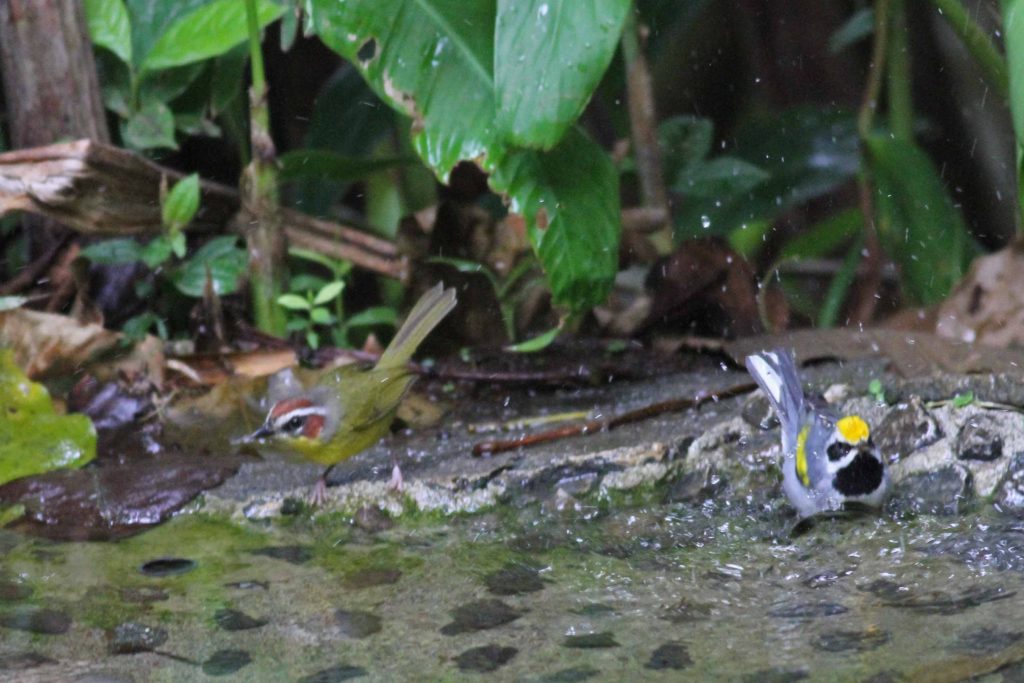 Rufous-capped Warbler (not a North American bird) with a Golden-winged Warbler.

Some of our warblers winter in Florida, such as the Palm, Yellow-rumped, and others, but many winter further south in Mexico and Central America. We saw a few other Costa Rican warbler species, but it was fun to see some of our “own” warblers thriving down south!