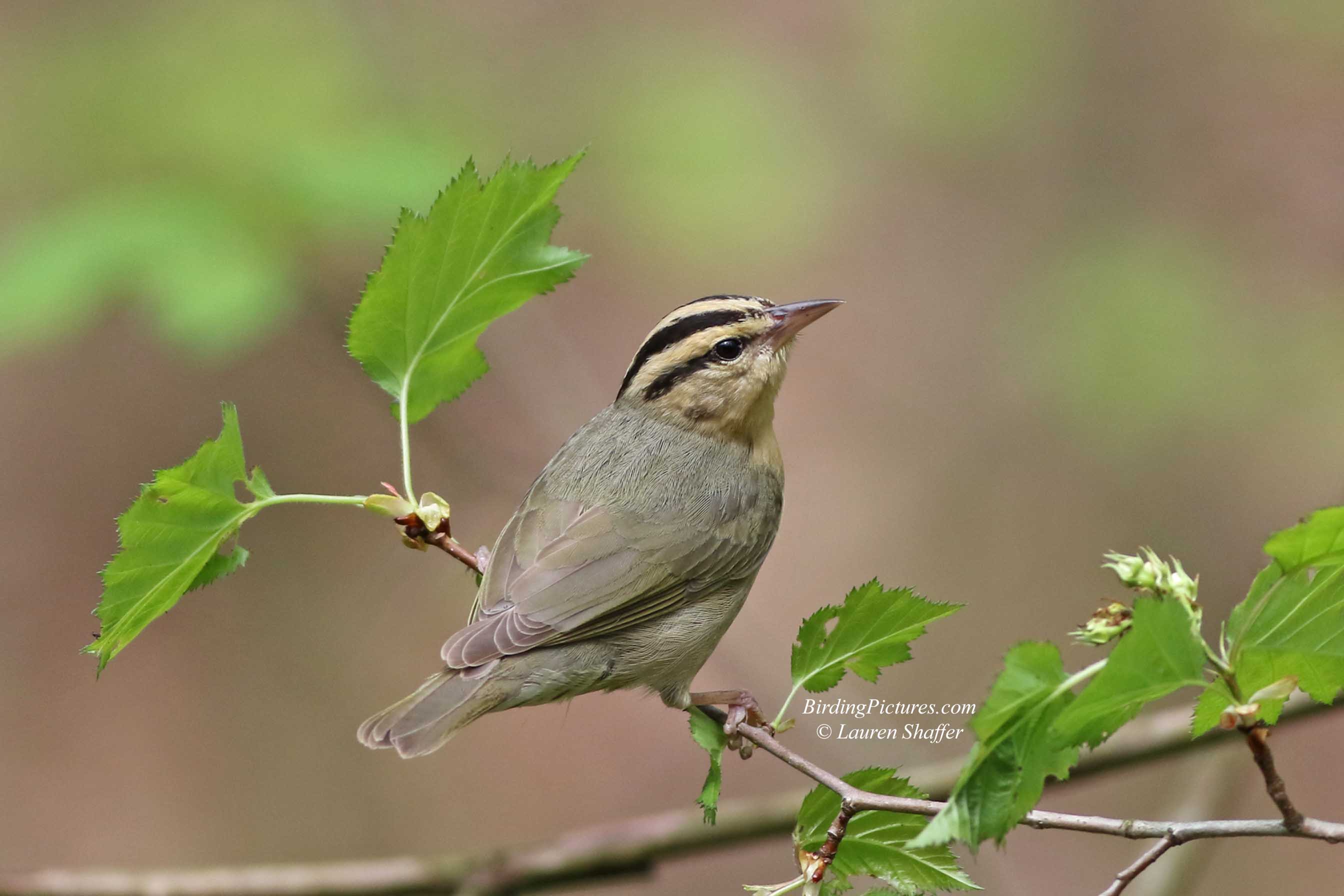 The Worm-eating Warbler is a drab often over-looked warbler of steep hillsides and ravines near my home in central Pennsylvania. Except for its boldly striped head and eye, and its dry-sounding insect-like trill, the Worm-eating Warbler is very difficult to spot. One day in May, I was extremely lucky to have close views of this bird going about its business, paying no mind to this delighted photographer! For twenty minutes I enjoyed watching it forage among the leaves for mostly caterpillars, and either ants in the tree blossoms, or the blossoms themselves. 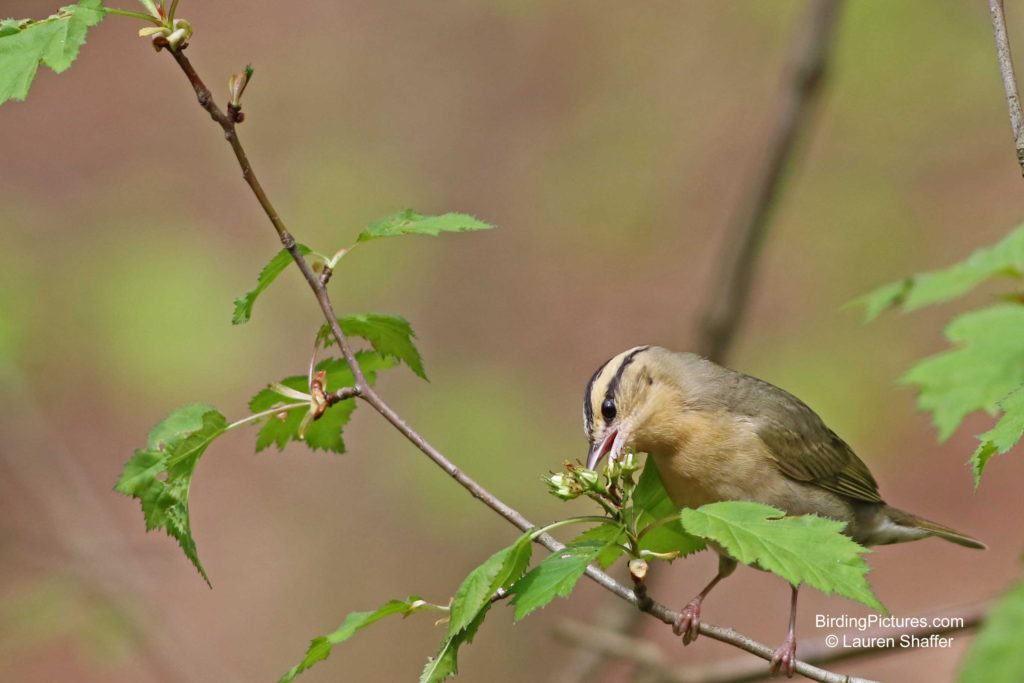 Periodically, it would stop and sing its trilling song, much like that of a Chipping Sparrow. 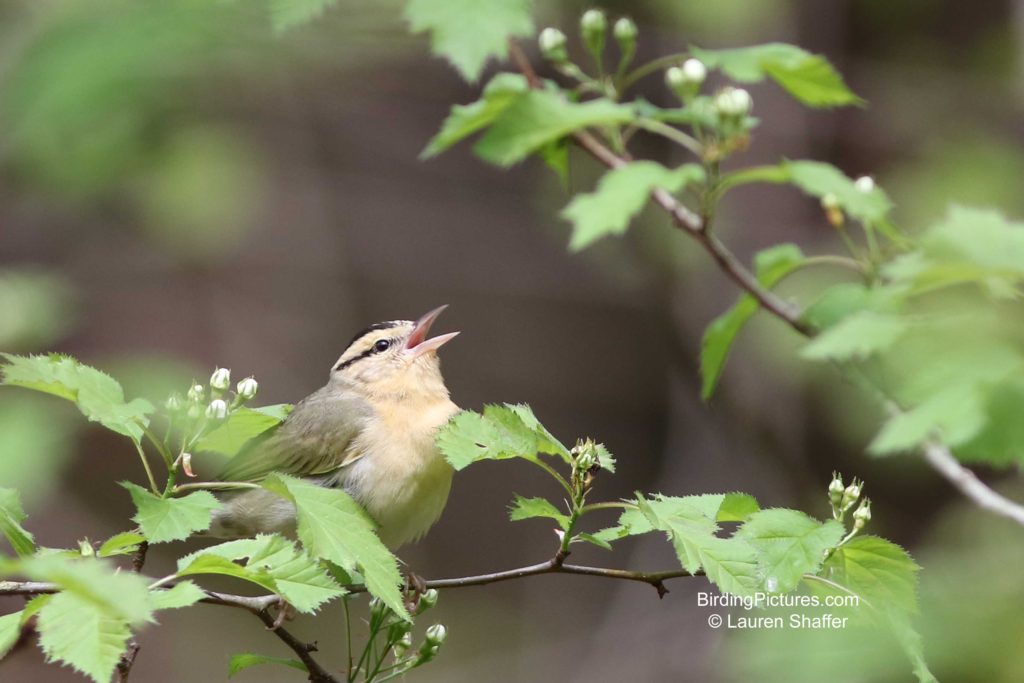 I was able to witness its characteristic gleaning for caterpillars (worms) in dead and living curled up leaves, mentioned in a post by eBird.

In the forest understory, the Worm-eating Warbler specializes in recovering invertebrates from suspended tangles of dead leaves. This warbler seeks out dangling leaf clusters and pries or tears each crisp leaf open with its slim pointed beak to expose caterpillars, spiders and small insects. It will systematically work its way up through brambles and vines searching through the hanging curled leaves for its meal. The Worm-eating Warbler will also glean insects off green leaves and probe the bark of tree trunks and branches for insects. 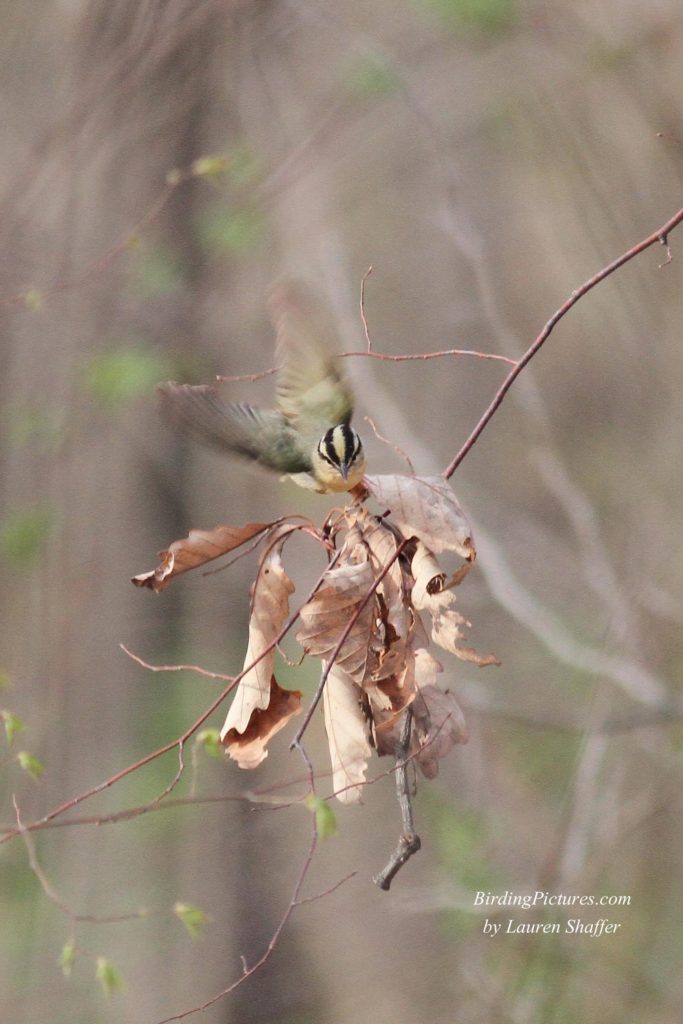 Here the Worm-eating Warbler inserts its long bill into the curled up leaf, hoping for a juicy caterpillar. 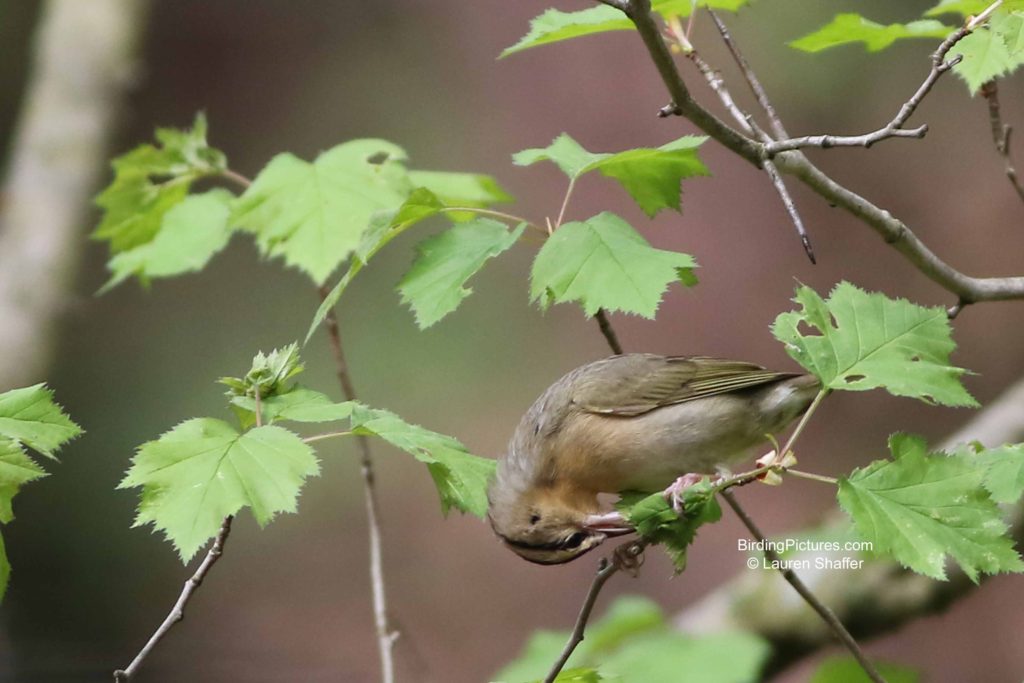 Up and away to the next likely spot for foraging! 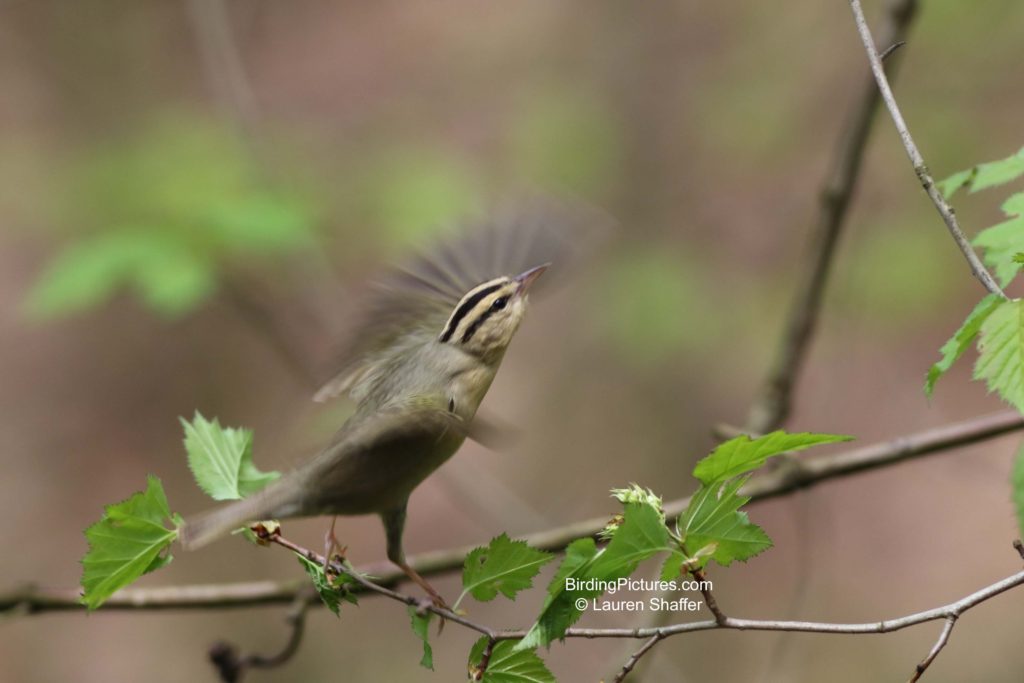 What a treat to be able to closely observe this normally secretive tiny bird as it goes about its normal day!