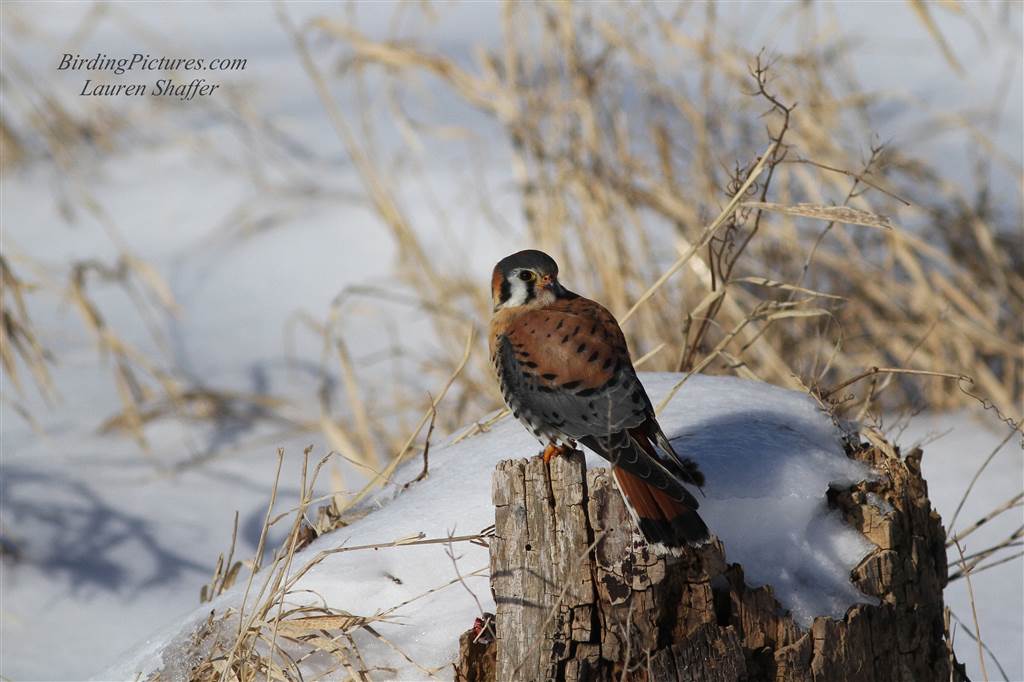 American Kestrels are our smallest, and most beautiful falcon.  Although they are declining most places, in our part of PA they are thriving!  They are often seen on telephone wires on back roads or hovering over fields next to highways, searching for grasshoppers in the summer and voles in every season.  If you look closely at a Kestrel on the wire, you will sometimes see a vole (like a mouse) hanging down between his feet.  His tail is  pumping as he perches there, helping keep his balance.  The bird in these pictures is a male with its gray wings.  The female is rusty-red on her wings as well as her back and tail.  American Kestrels are only 9 inches long with a wing span of 22 inches.

Because Kestrels are difficult to get close to, and near impossible to photography clearly, it was very exciting to come upon this male who was more interested in finishing his lunch than flying away.  My husband and I were birding near State College and had pulled over beside a marsh to look for some Sandhill Cranes that are regular there.  We scanned the area with no luck, then I happened to look straight down over the bank and saw this little beauty.  He was feasting on something that had already been dismembered, with some of the evidence over the side of the stump.  Maybe he uses this perch as a food cache, because he clearly had at least two different prey animals there in his outdoor refrigerator! 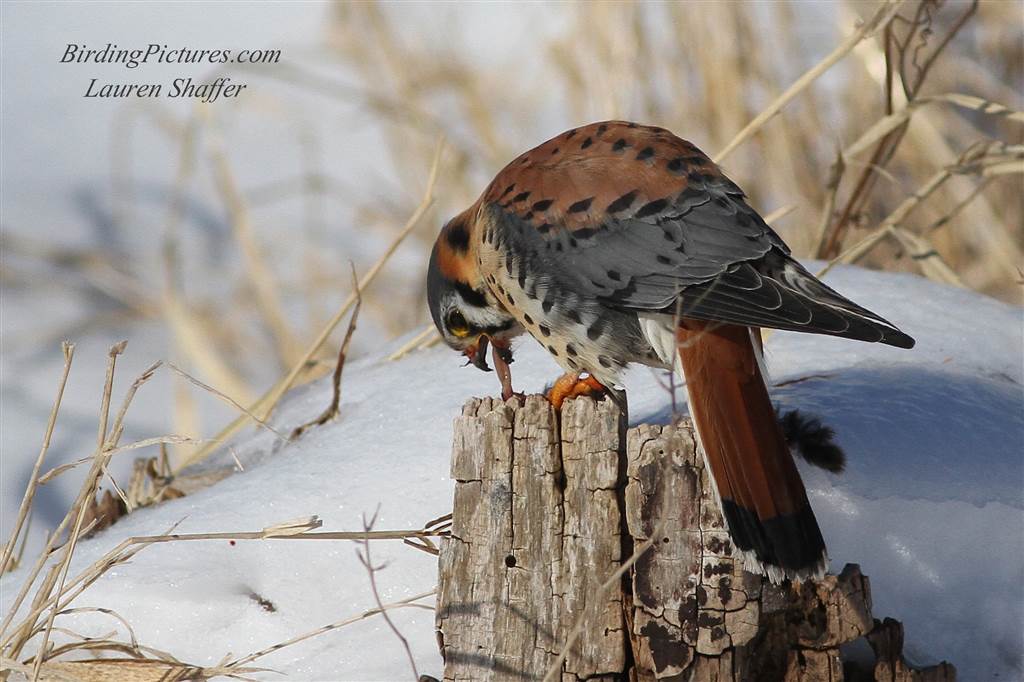 Ewww…wonder what he is eating? Something a lot bigger than a mouse. 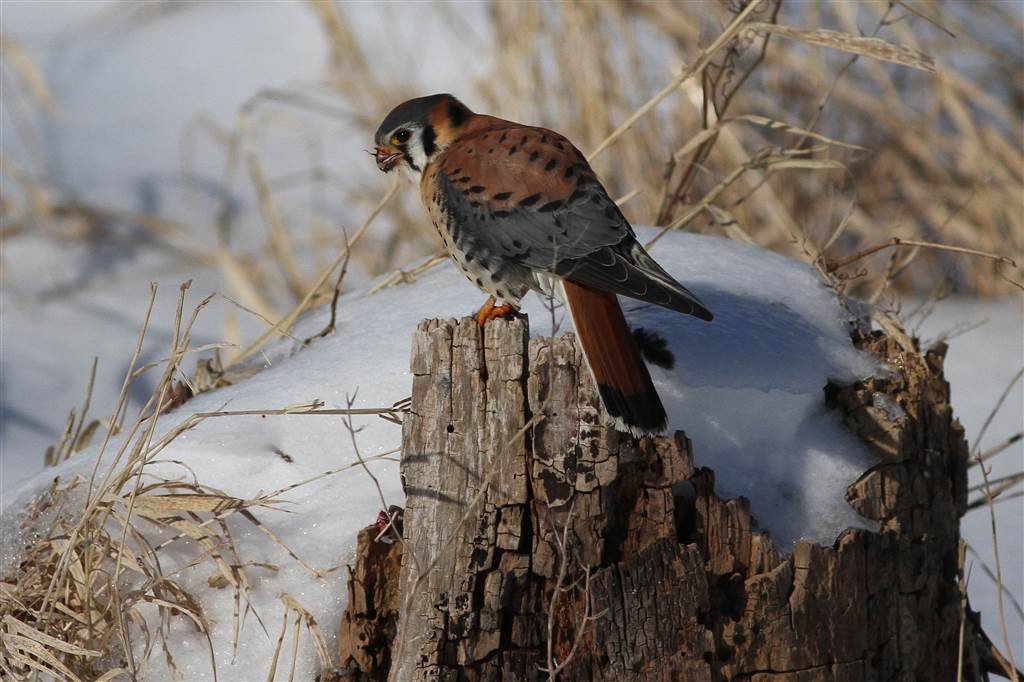 Looking rather messy. I guess that’s why they call him a bird of prey! 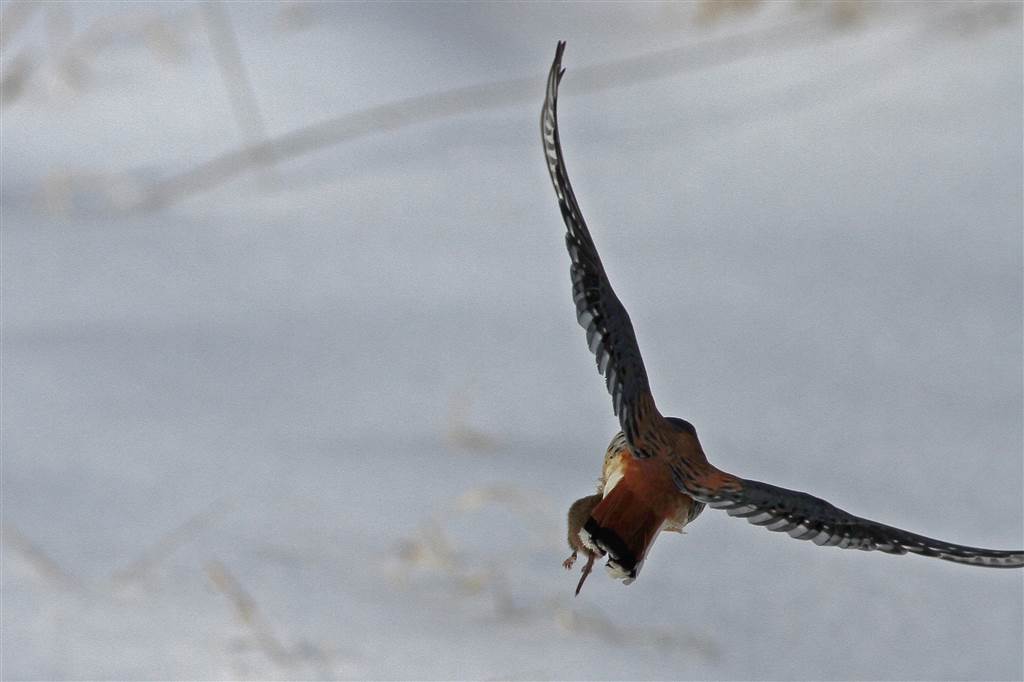 Flying away with a vole for his next meal.