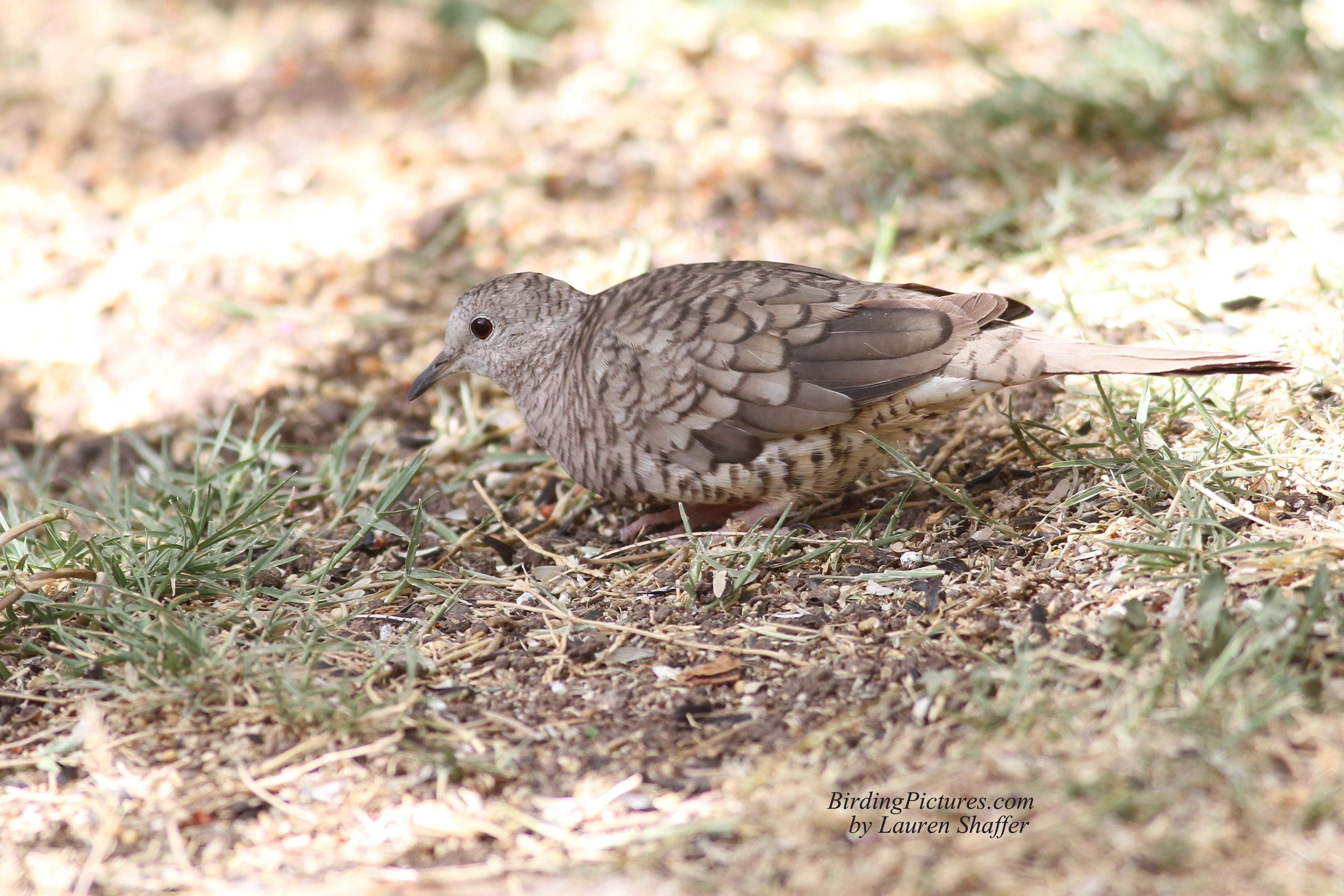 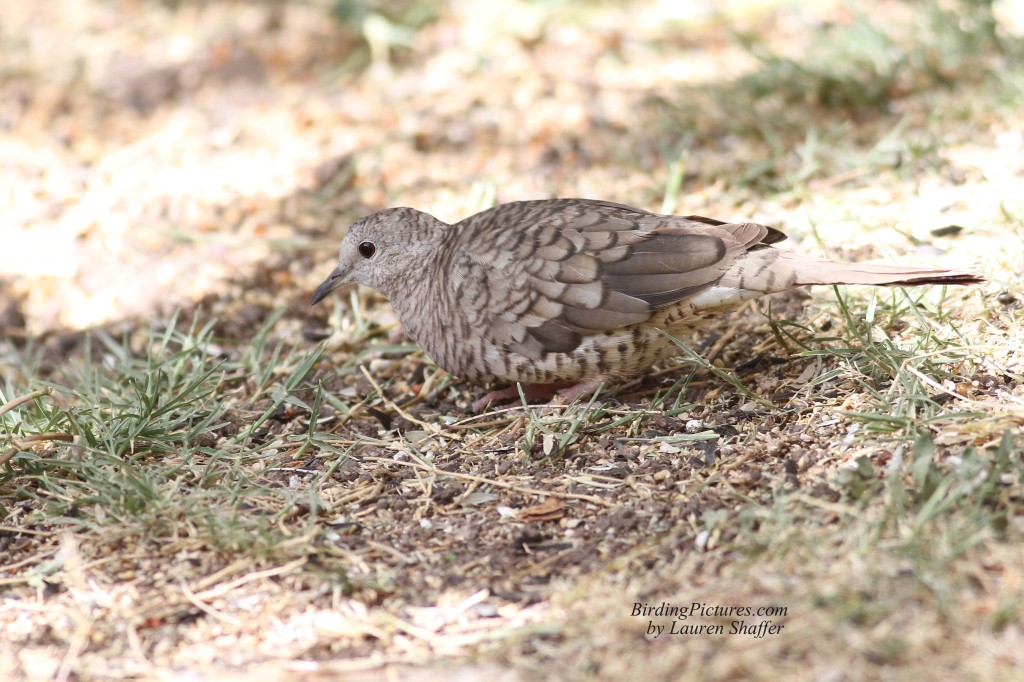 Inca Doves, Common Ground-Doves, Banded Pigeons, White-winged Doves, and Mourning Doves were fairly common on our birding trip to Southeast Arizona. With Mourning Dove being the only common Dove in our part of the Eastern US, it was fascinating to see doves of all sizes, shapes, and behaviors in Arizona.

Inca Dove, the size of a large sparrow, has dark-gray tipped feathers, making them appear scaly. These doves have a square-tipped tail and rufous under the wings, readily seen when flying.  They were often observed by our group feeding on corn at feeding stations. One interesting behavior listed by Allaboutbirds.com is the following cool fact:

The Inca Dove engages in an odd behavior, known as “pyramid roosting.” Pairs or groups of Inca Doves may huddle together in the sunshine, with some sitting on the back of the others. The pyramid may be three layers high and include up to 12 birds.

I would love to see that!

Common Ground-Dove is very tiny, about 6.5 inches, with a short tail and dark spots on its wings. Only the head and breast are scaly. Like the Inca Dove, it has rufous-colored underwings. One of its nicknames is the “moaning dove” because of its monotonous cooing. Listen to the recording from the Macaulay library of Cornell here.

Like the other doves, it forages on the ground and eats seeds; in fact it is estimated that it needs about 12,500 seeds a day to sustain itself. Its main defense is its camouflage, as it is prey for almost everything including other birds! 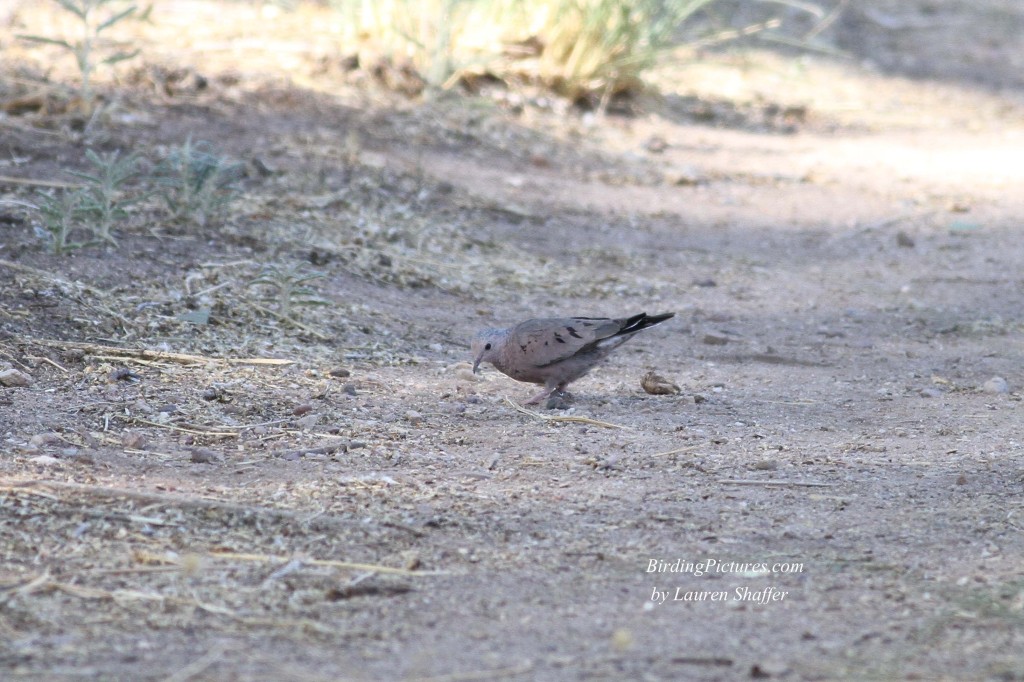 Band-tailed Pigeons are related to and similar to Rock Pigeons, but they are pigeons of the forest.  They travel in groups and also visit feeding areas in backyards.  Their gregarious nature, large size, white collar, and white banded tail differentiate this dove from the Mourning Dove. 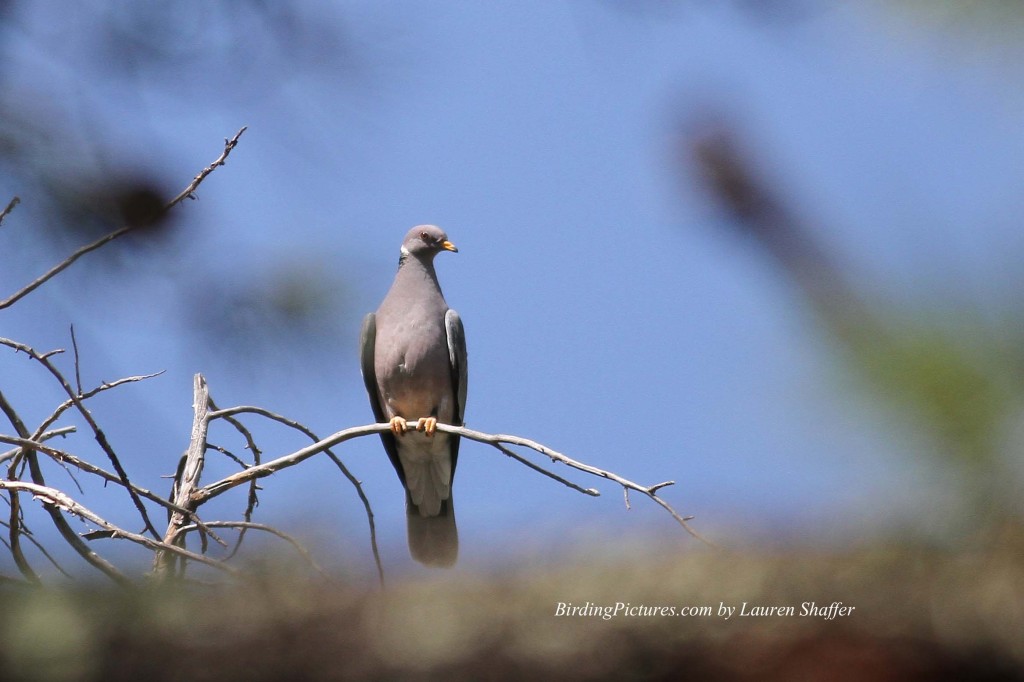 White-winged Dove resembles the Mourning Dove except for its red eye, unspotted wings and back, and a white wing-patch along the edge of its folded wings.  When it flies, it shows a dramatic white stripe mid-wing next to an almost black outer wing.  The tail is also banded with white next to black.  Its rhythmic cooing reminds one of the Barred Owl’s “Who cooks for you?” 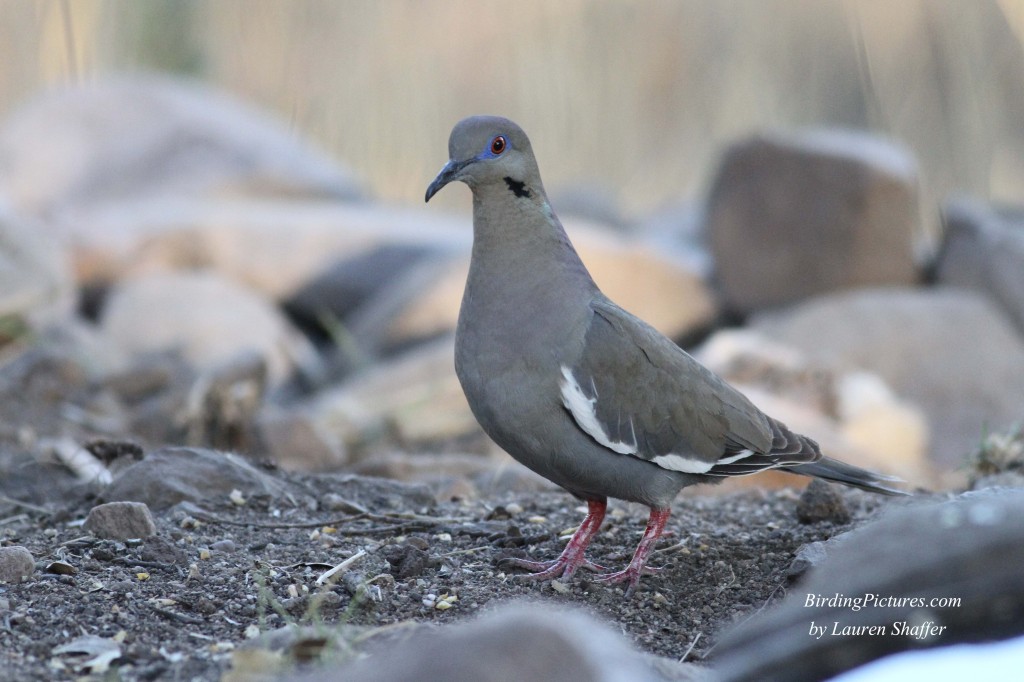 Rock Pigeons and Mourning Doves were also observed, but not pictured here.  It was interesting to see such varying sizes and shapes among the pigeons and doves of Southeast Arizona.