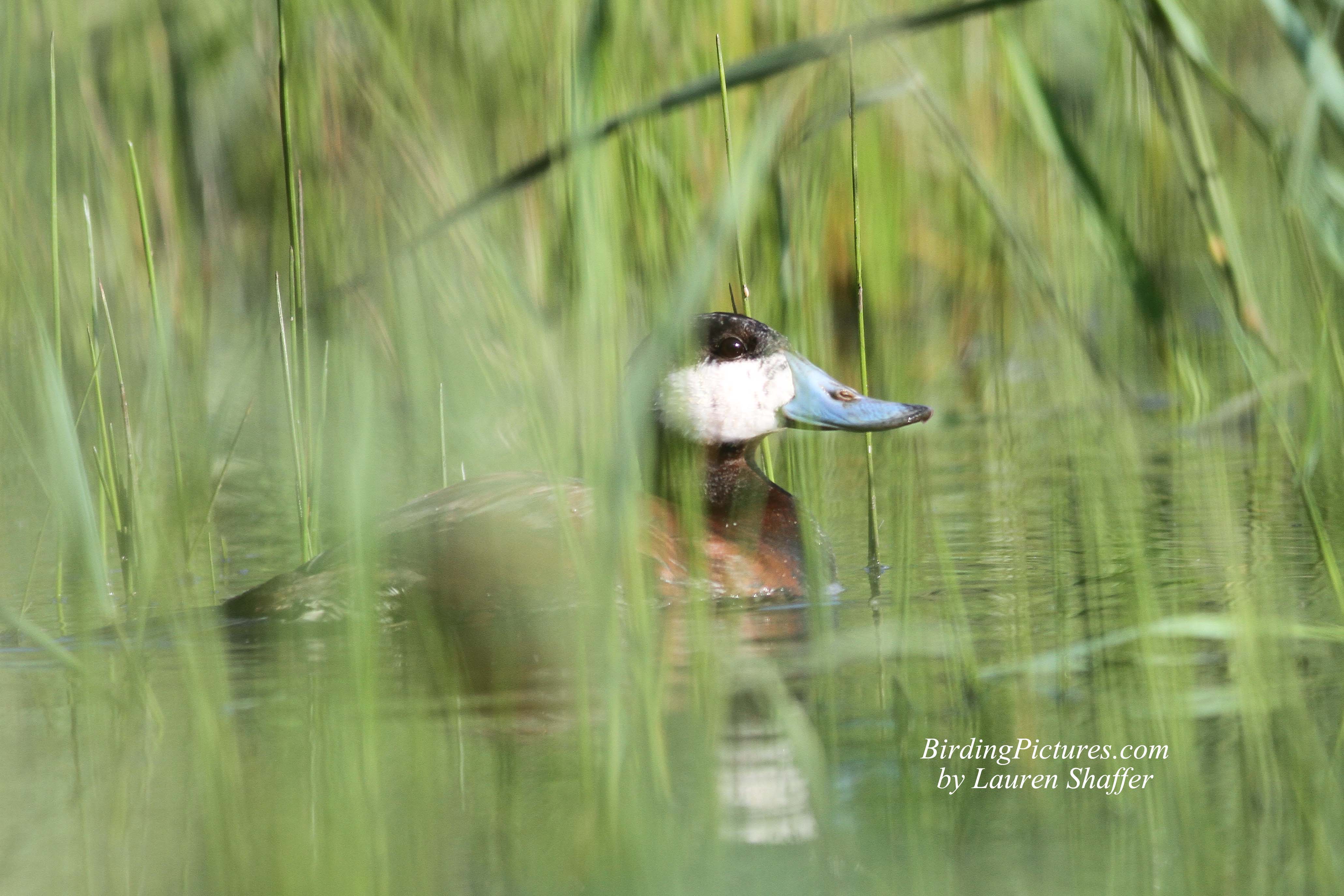 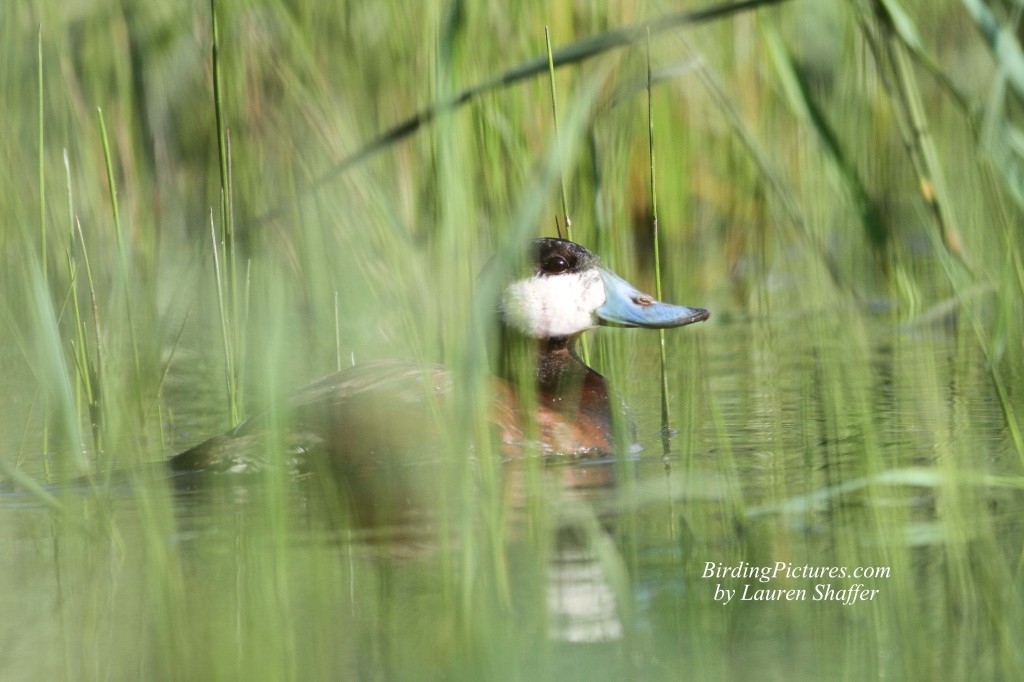 Ruddy Ducks are one of our smallest ducks, at 15 inches. They are all head, beak, and stiff tail, with a short body in between. They often swim with their tails upraised, and unlike other ducks they are able to slowly sink below the surface of the water.  According to allaboutbirds.org, Ruddy Ducks can be very aggressive during breeding season and will even attack rabbits along the shore!

Males perform unusual courtship displays in which they stick their tails straight up while striking their bills against their inflated necks, creating bubbles in the water as air is forced from their feathers. They punctuate the end of the display with a belch-like call. Courting males also lower their tails and run across the water, making popping sounds with their feet.

While kayaking on a friend’s wetlands for the first time, I parted the grasses with the boat and came upon a surprising sight: a duck with a blue bill, white cheek patch, and a spikey tail. I think we surprised each other! This male Ruddy Duck, just 8 or 10 feet away, made his escape by diving under the water and coming up a little further away through thicker grasses. I decided to leave him alone and continue exploring the rest of the area. A female Wood Duck with her dozen or so tiny ducklings zipped by so fast that I couldn’t get the camera up in time. Great Blue Heron, Green Heron, Canada Geese, a Cackling Goose, and Mute Swan were the other residents which all flew to the far side of the wetlands.

Making my way back to where I had put in with the kayak, I came across the little Ruddy Duck once again. He was by himself, busily preening and bathing, seemingly unconcerned with this new visitor to his pond. When I belatedly entered my sighting into eBird, I found that it was surprising indeed to find this duck in Central Pennsylvania during the breeding season. Most Ruddy Ducks spend the breeding months in the Southwest of Canada south to Mexico, as well as the prairie pothole region of the Central US. 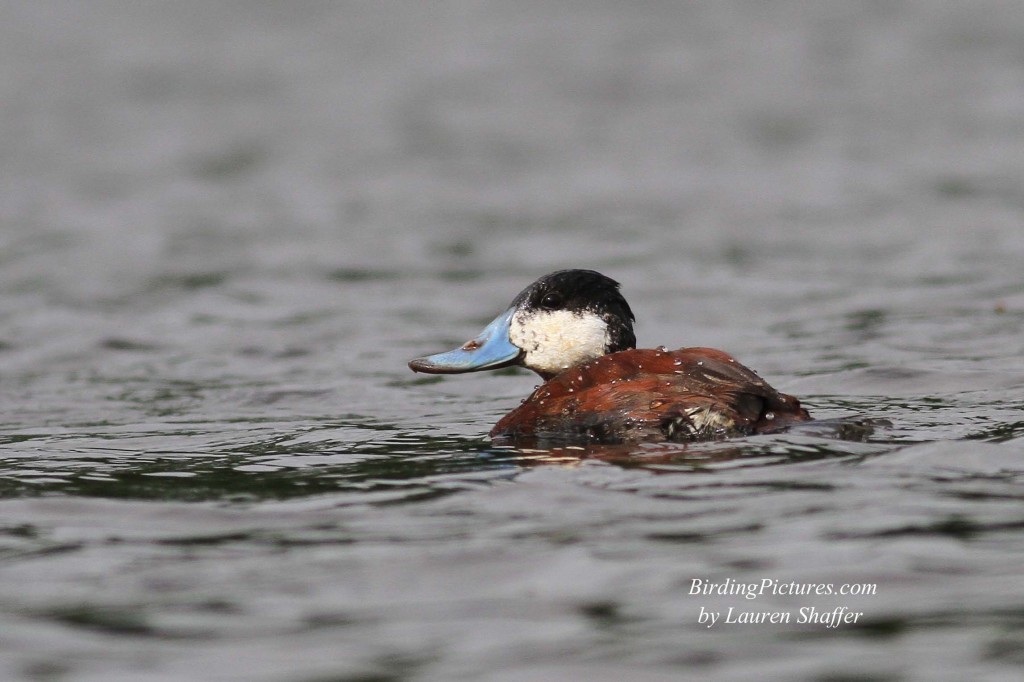 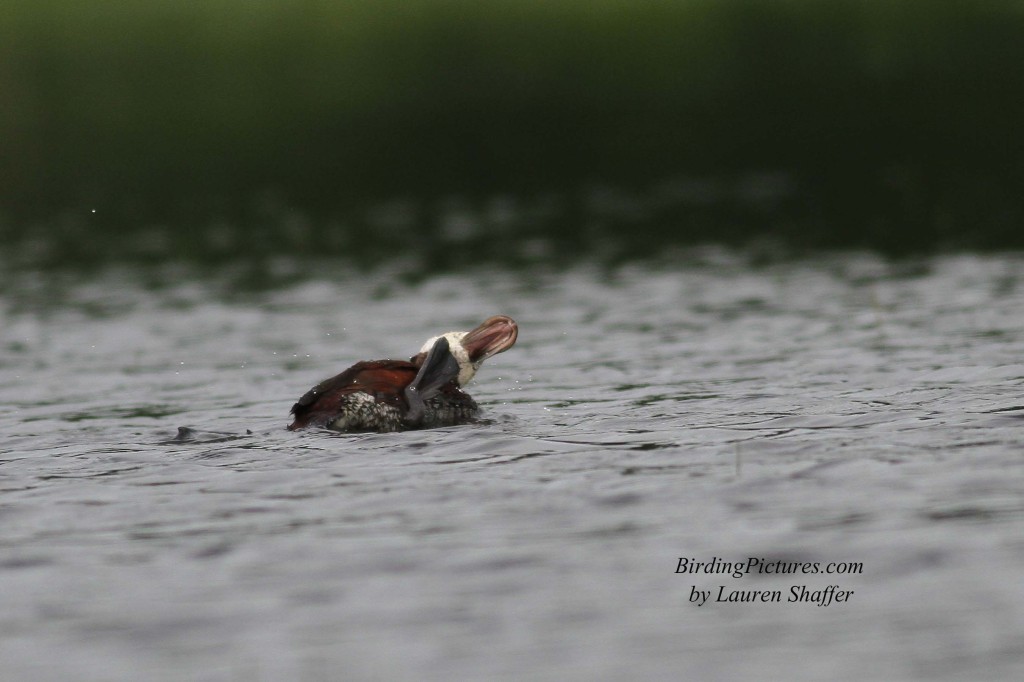 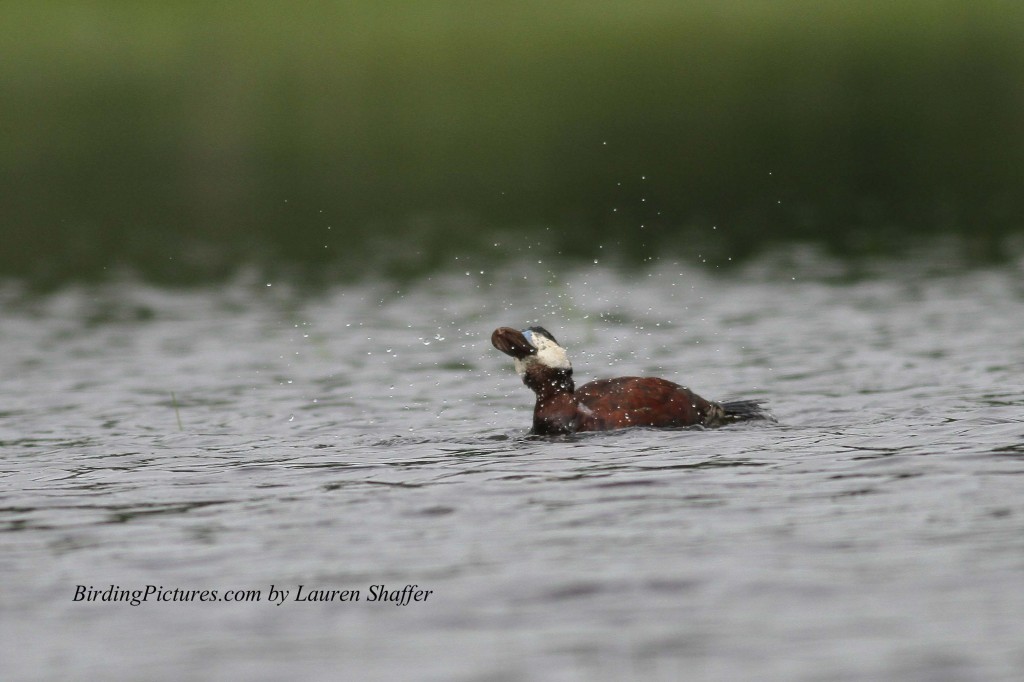 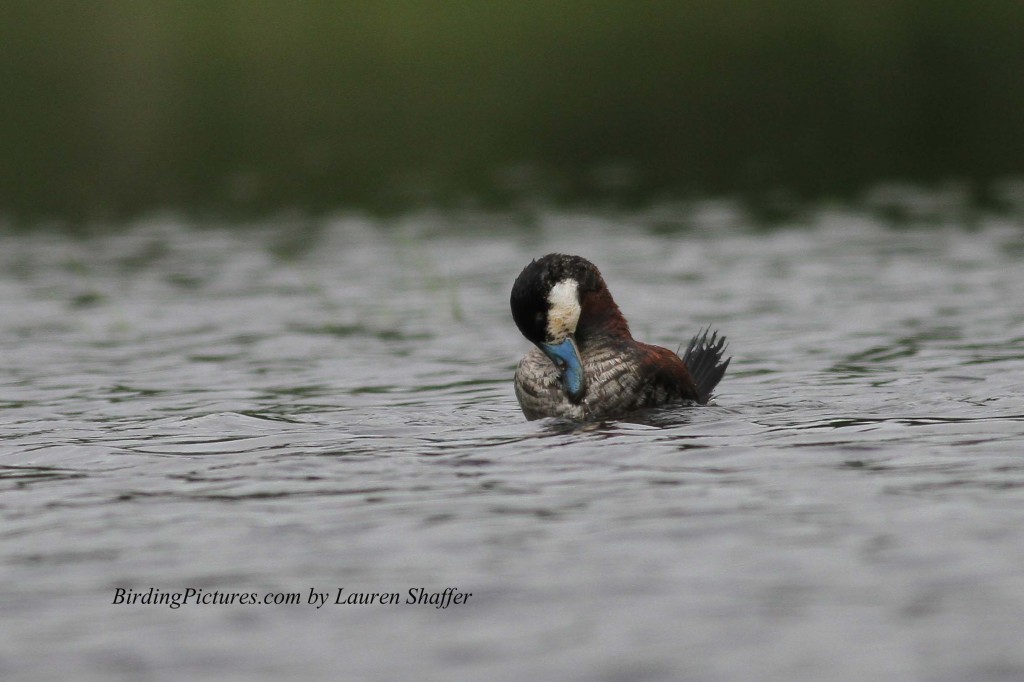 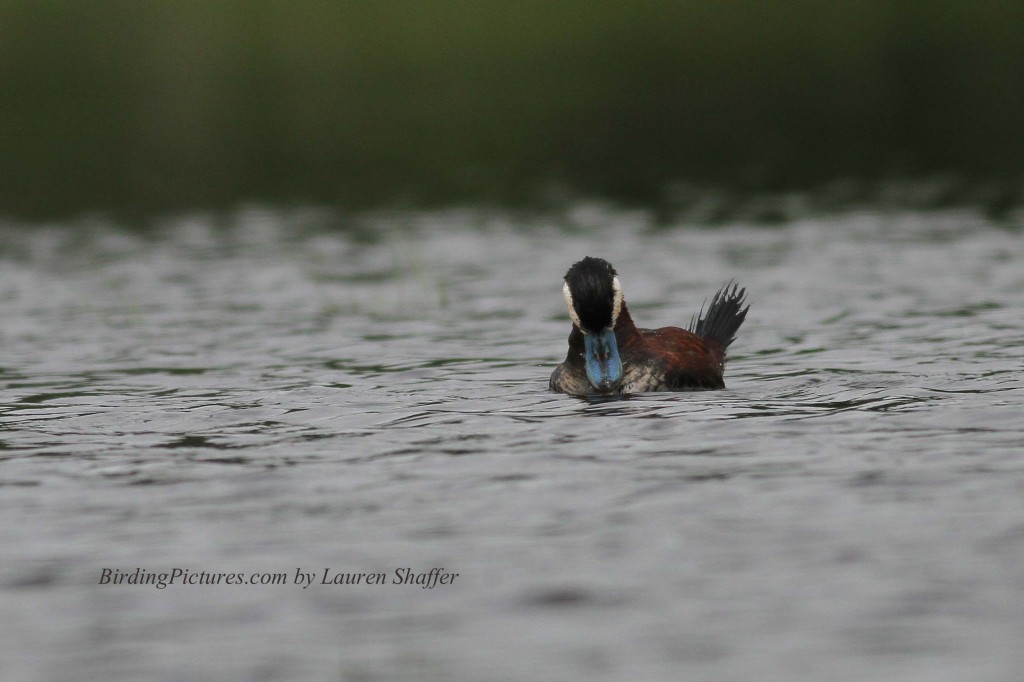