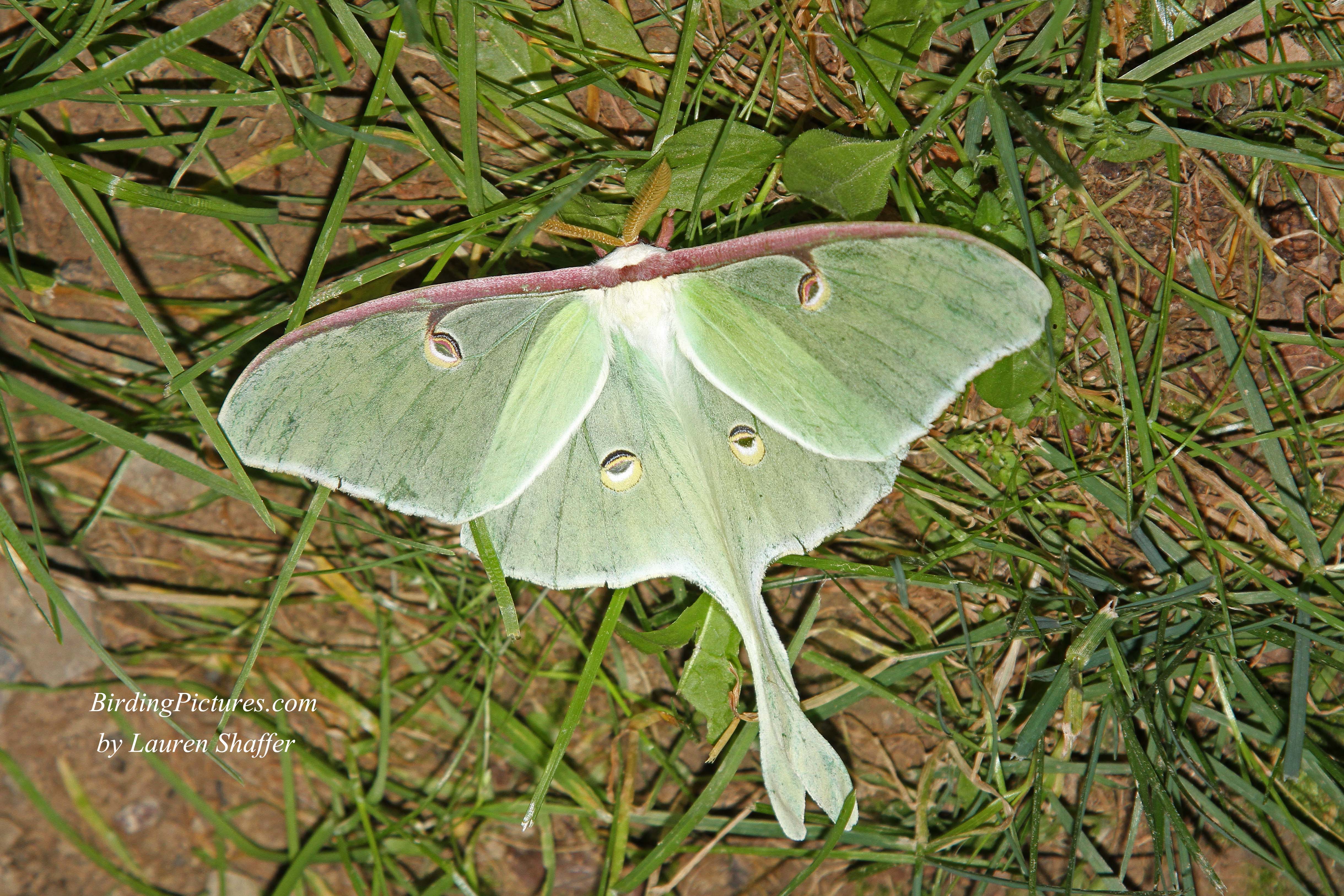 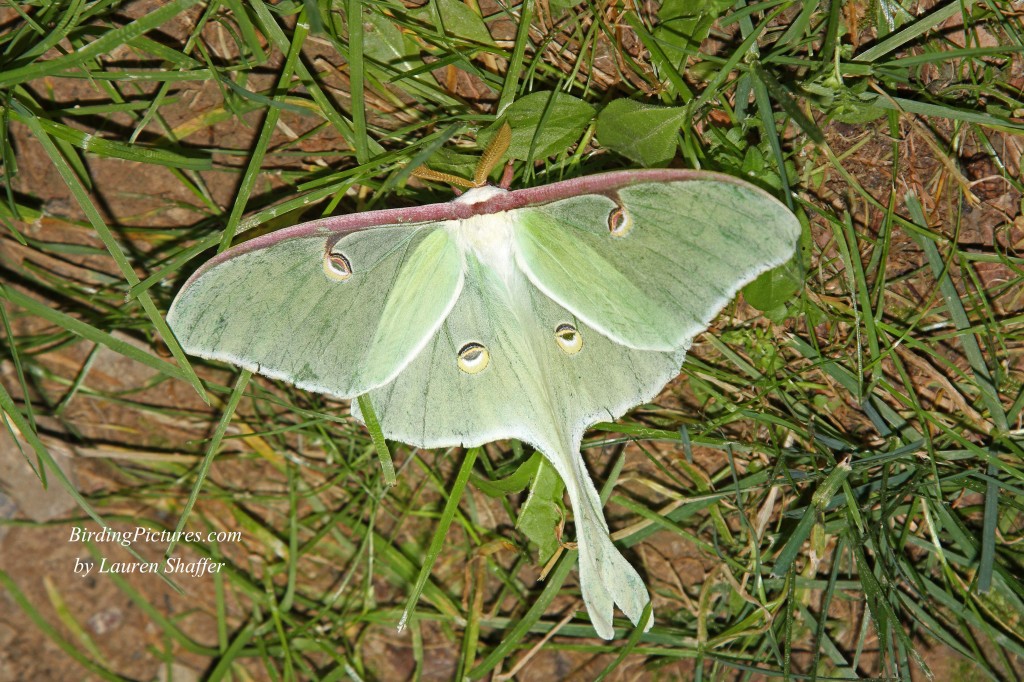 Something I had always wanted to try, but never did, was to set up a bright light at night in order to attract moths.  When I heard of other birding friends who did this regularly, I invited them to my house in the woods of Central PA to see what they could attract.  Paul Dennehy, a 9th grade science teacher who has been mothing for a score of years, brought his equipment and set it up in the yard before it got dark. I learned some surprising facts about moths that night!

The names are in Latin!  When Peterson’s Field Guide to Moths was authored with Charles Covell in 1984, the publisher told him he needed to include the common names.  Peterson said that there were no common names!  He was then told to make them up, which he did using the Latin to help with some of the naming.  The problem with learning only the common names is that others have also named them something completely different.  Conversation during our Mothing night went like this: “Oh look, here’s a Eubaphe mendica.  This is a Microcrambus elegans.” 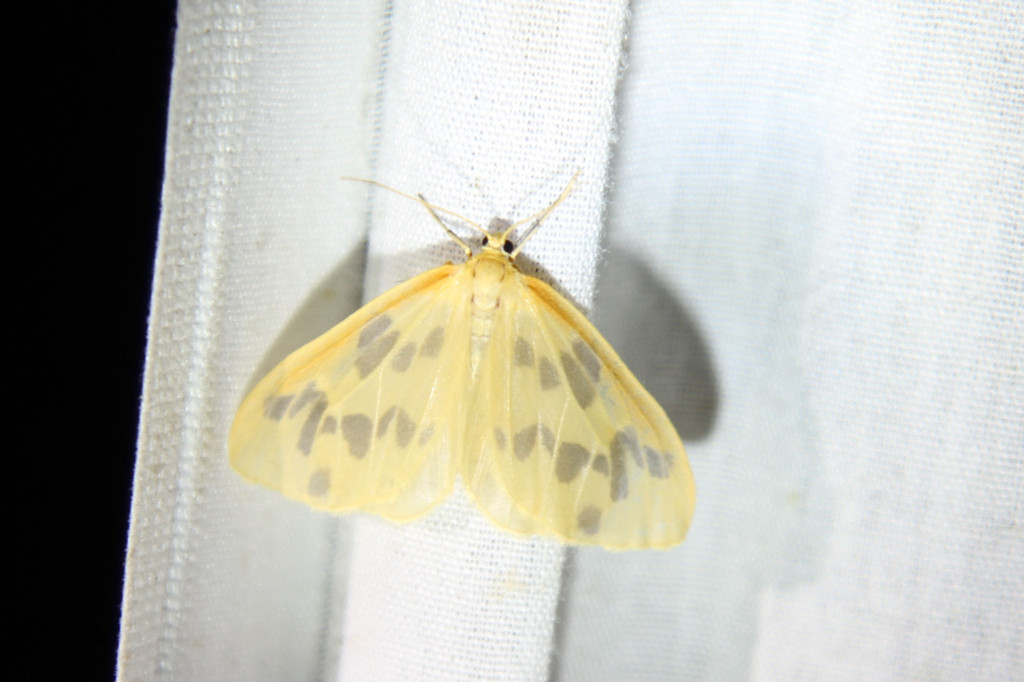 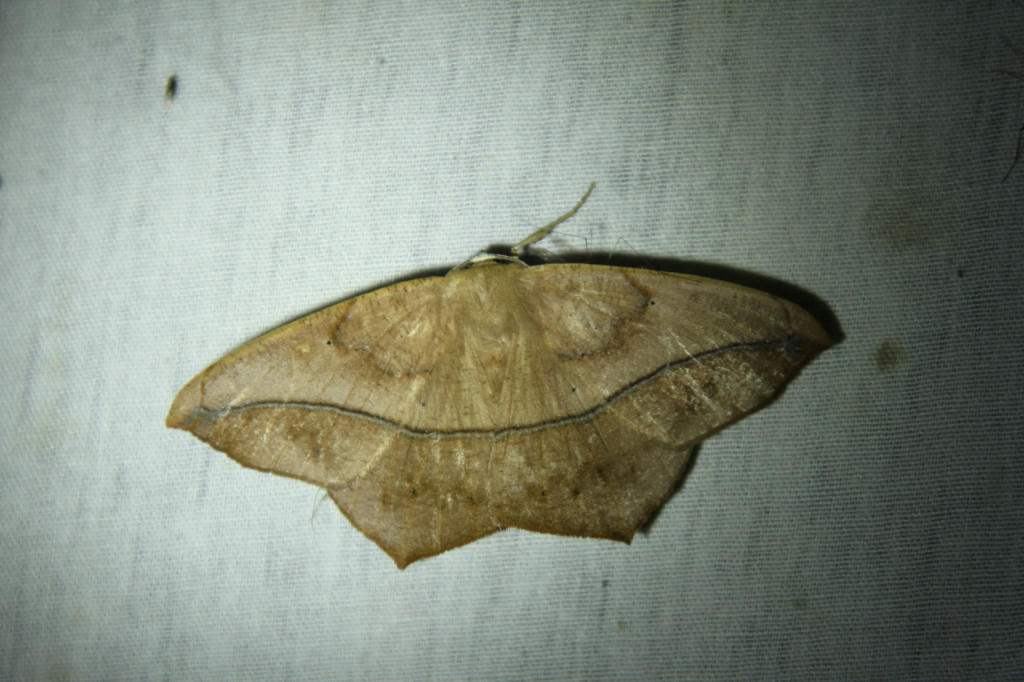 Since there are at least 12,000 North American moths, there are way too many to learn to recognize right off the bat.  I felt overwhelmed with the numbers and variety of moths that came to our lights.  I was told that most people start with learning the larger flashier moths, like the giant silk moths, and add to their knowledge with gradually smaller moths with time.

The Giant Leopard Moth was my favorite.  It was a large white moth with black spots, but if you shone a light on it sideways, the spots on its wings, legs, and abdomen were a luminous blue.  The Beautiful Wood Nymph was my friend, David Brown’s favorite.  It looked like a bird dropping, and it landed on his jacket and stayed there quite awhile.  We saw quite a variety of shapes, sizes, and markings! 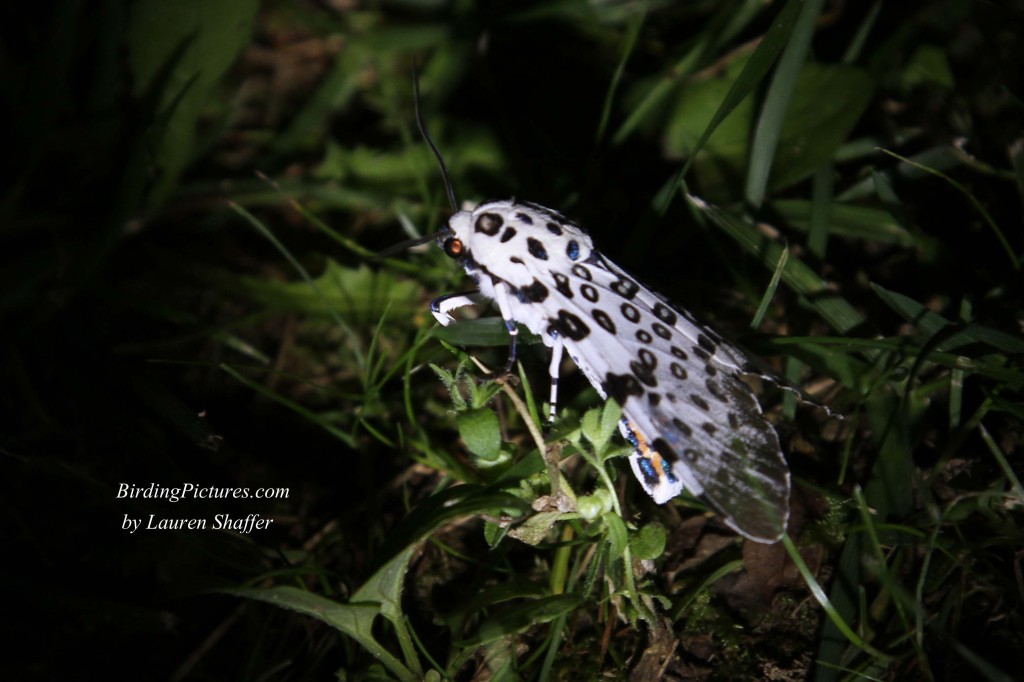 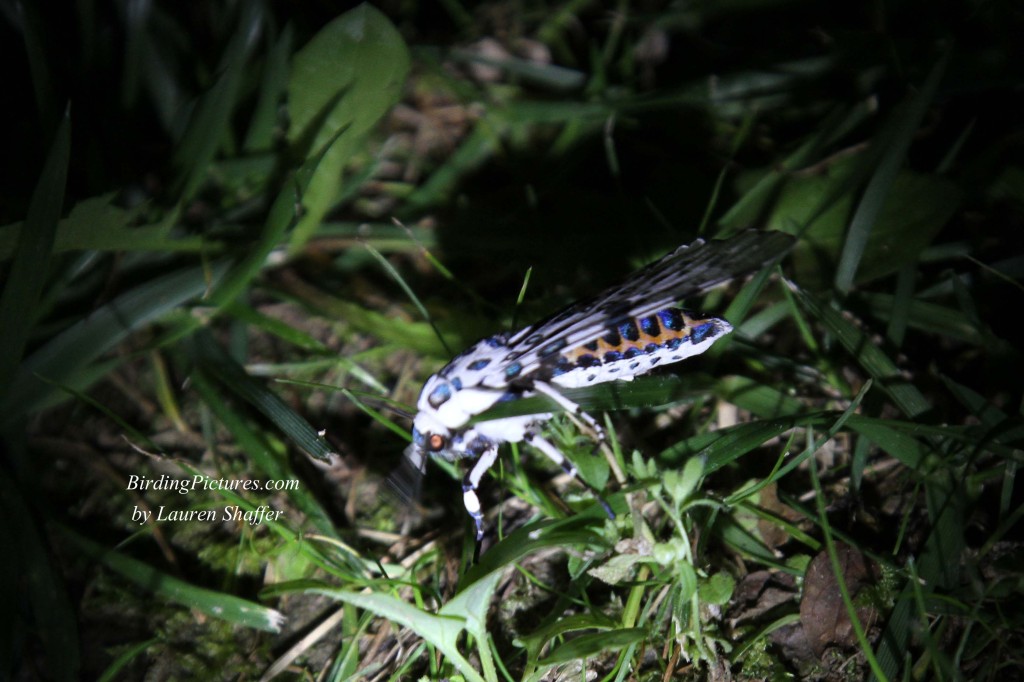 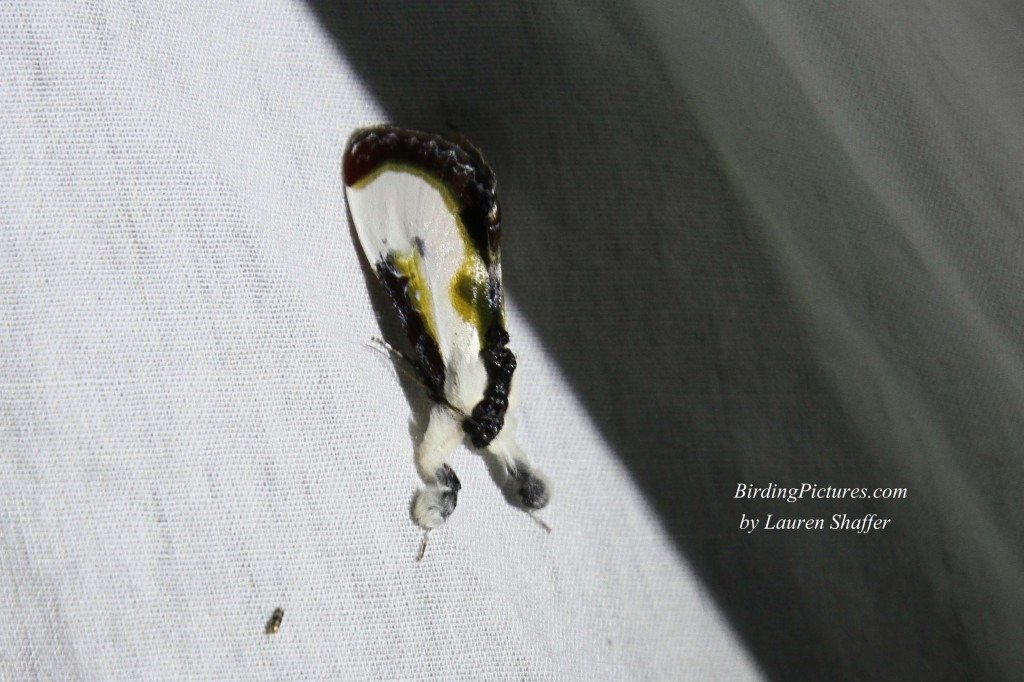 Some of the names are longer than the moths! They’re referred to as micro moths.  With wing spans less than 20mm, they are hard to see, much less to identify ( at least to this untrained eye!) 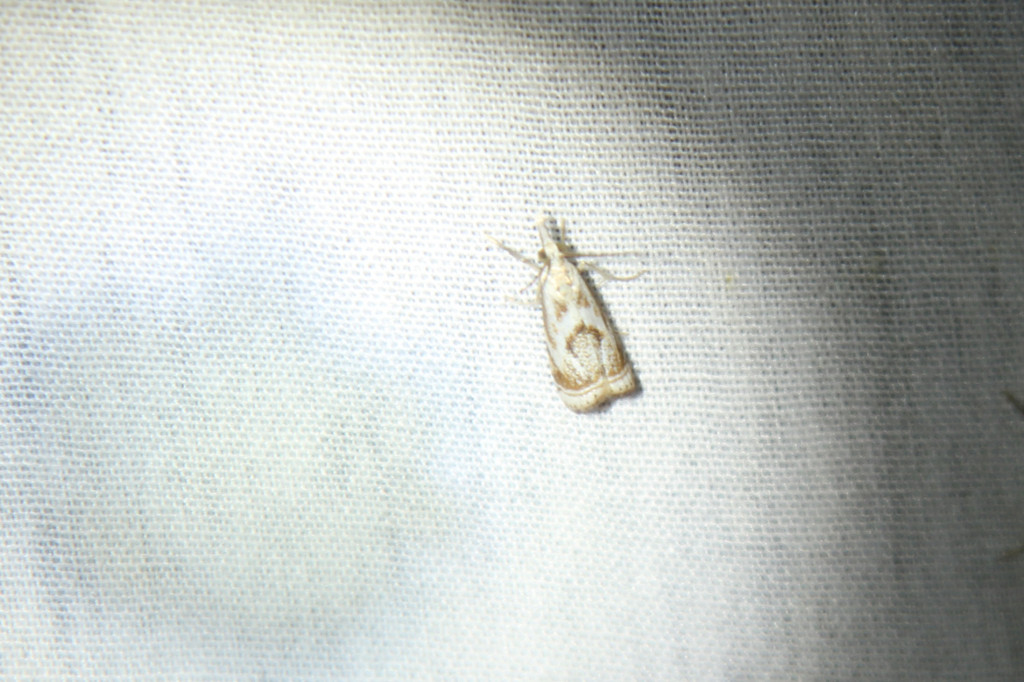 The Luna moth and another Giant Silk Worm moth, the Polyphemas, do not float along like the moth in the commercial for the sleep aid, Lunesta. They flop and crash headlong into the ground and beat themselves up against the window screens!  They generally don’t show up till very late, almost midnight, so many people don’t stick around long enough to see the “good ones.” 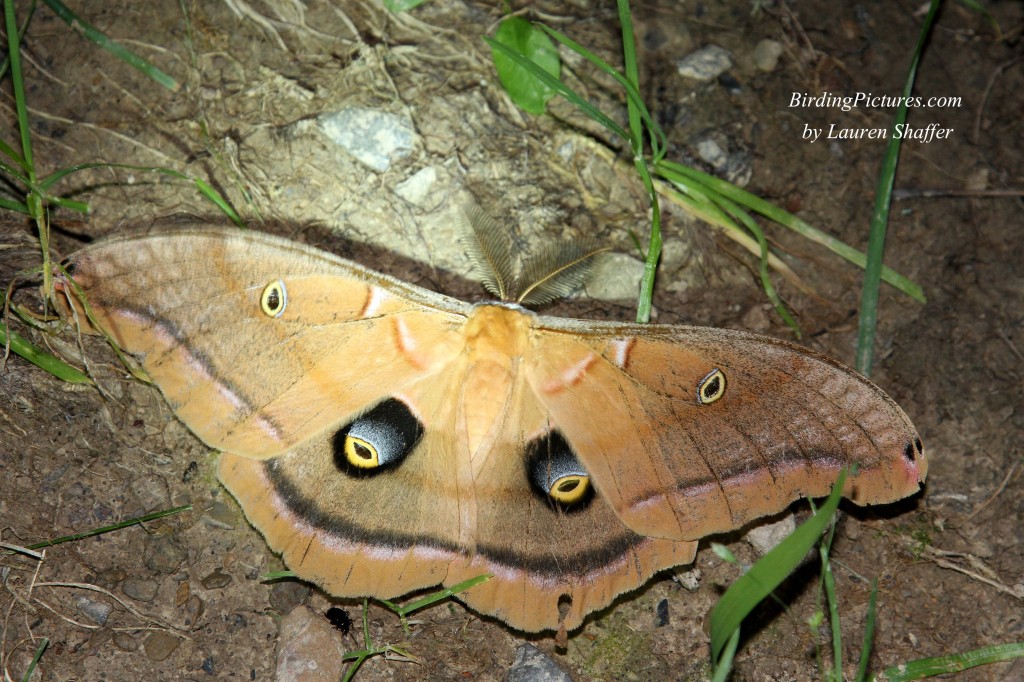 Many moths have no mouthparts. They live for a day or two which is long enough to reproduce, lay their eggs, and then die. Luna and Polyphemus Moths are examples. Other moths nectar at flowers at night, just like their day-flying counterparts, the butterflies. 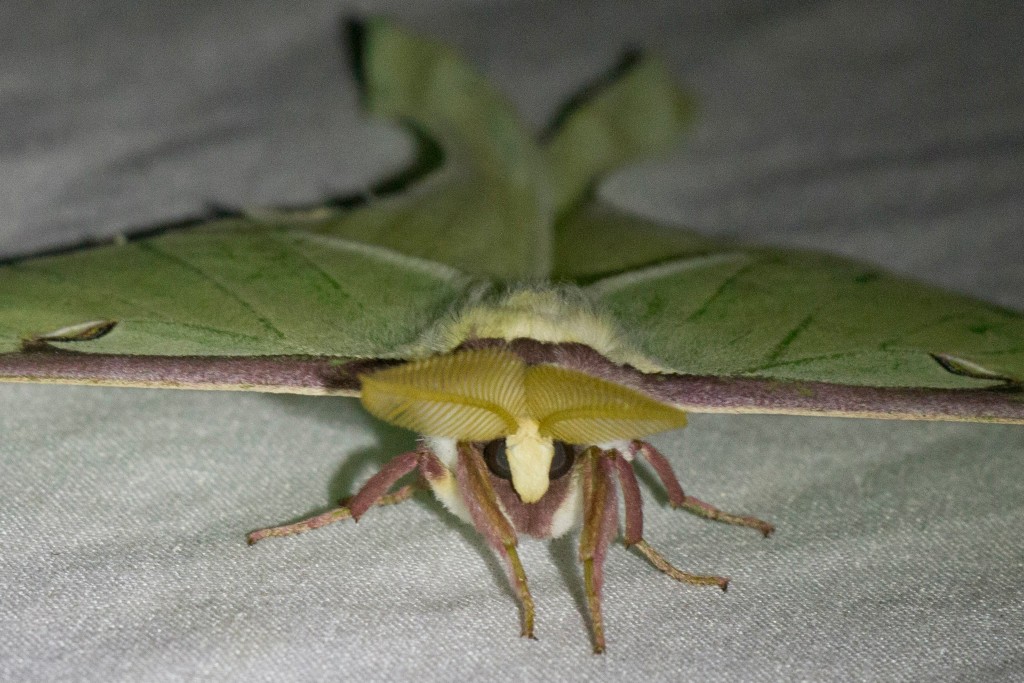 More than just moths show up for the light show.  We had June bugs, 2-inch beetles, Daddy-long-legs, and Crane Flies also.  If the sheet loaded with moths is left till morning, the birds may also show up to help themselves to breakfast! 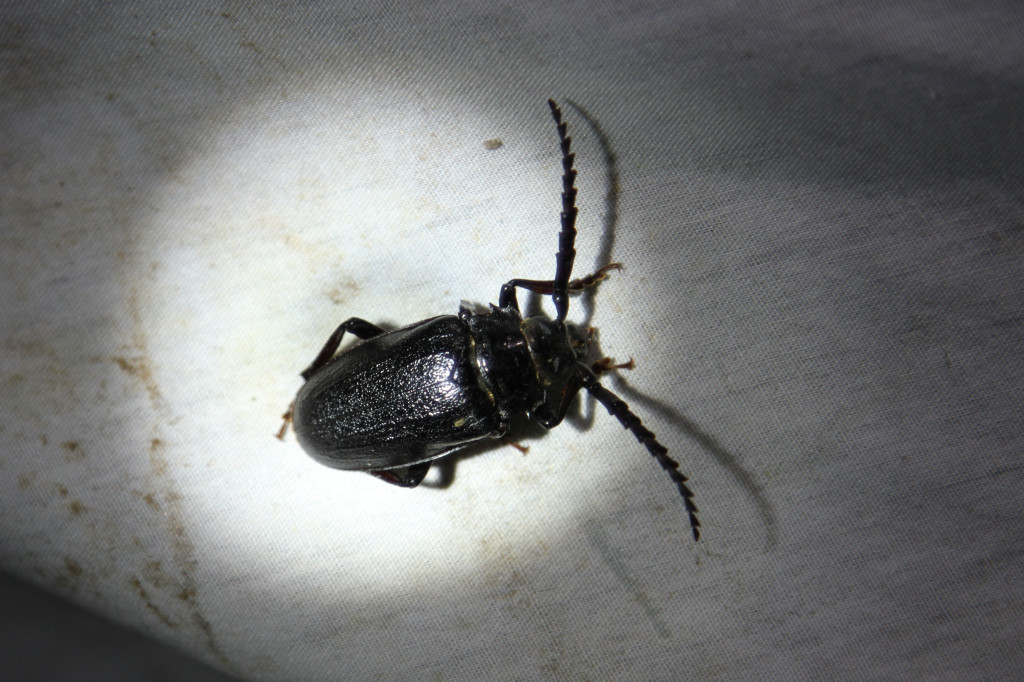 Just as birders keep a life list for the backyard, county, or state, Moth enthusiasts also keep a list, specimens, and report their species of moths for scientific research.  Paul Dennehy, the expert with us, was very excited to have found many new moths for the county in our night of Mothing.  If you would like to try this yourself, you can find the how-to’s on the National Moth Week site. The photo below shows our set-up which involved clipping a sheet to a clothesline or wire,  and putting lights on either side.  The types of moths that come to the light change from week to week as the season progresses, so we may try this again.  Great fun! 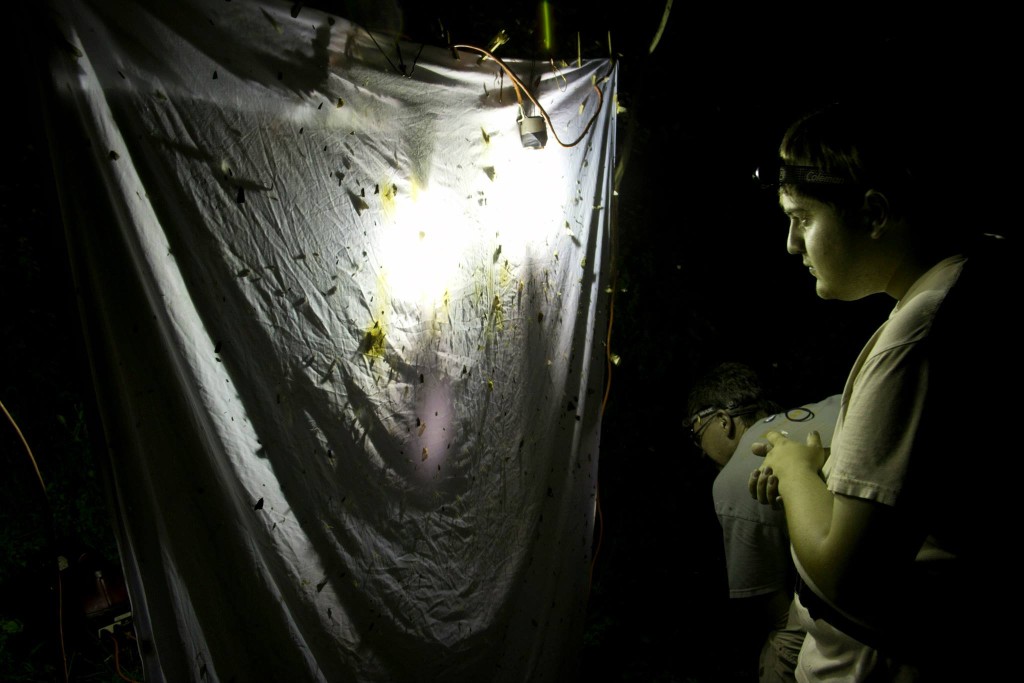 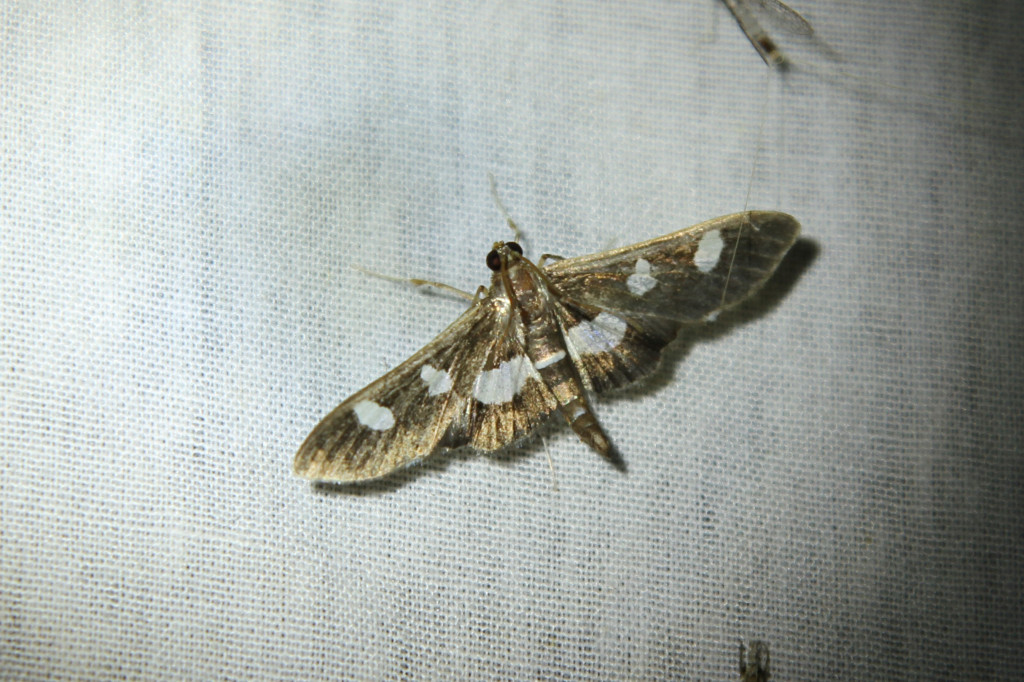 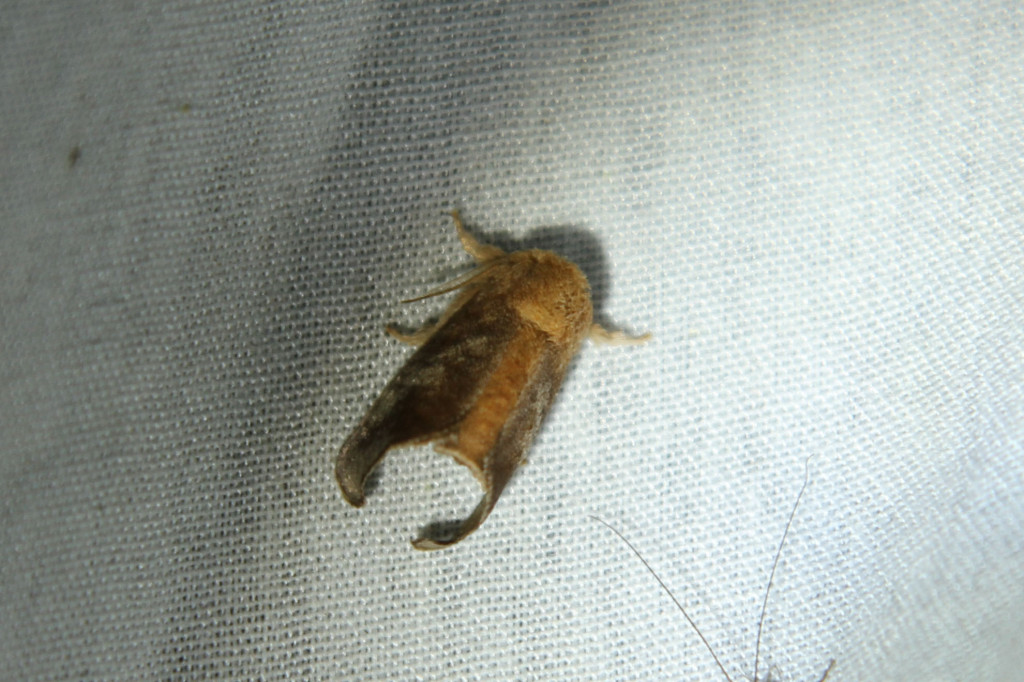 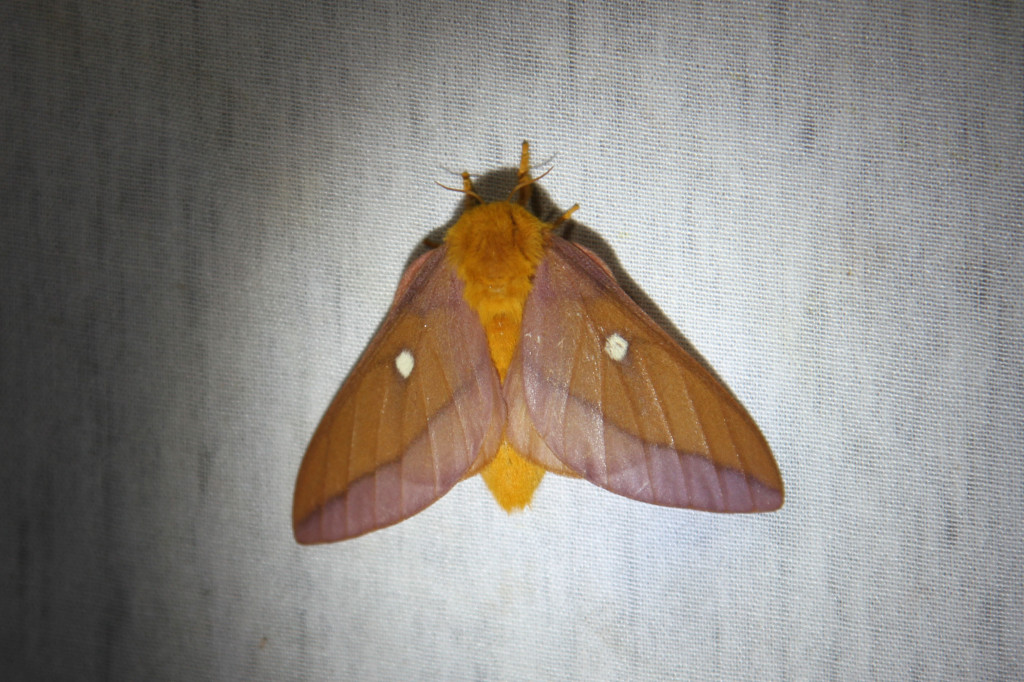