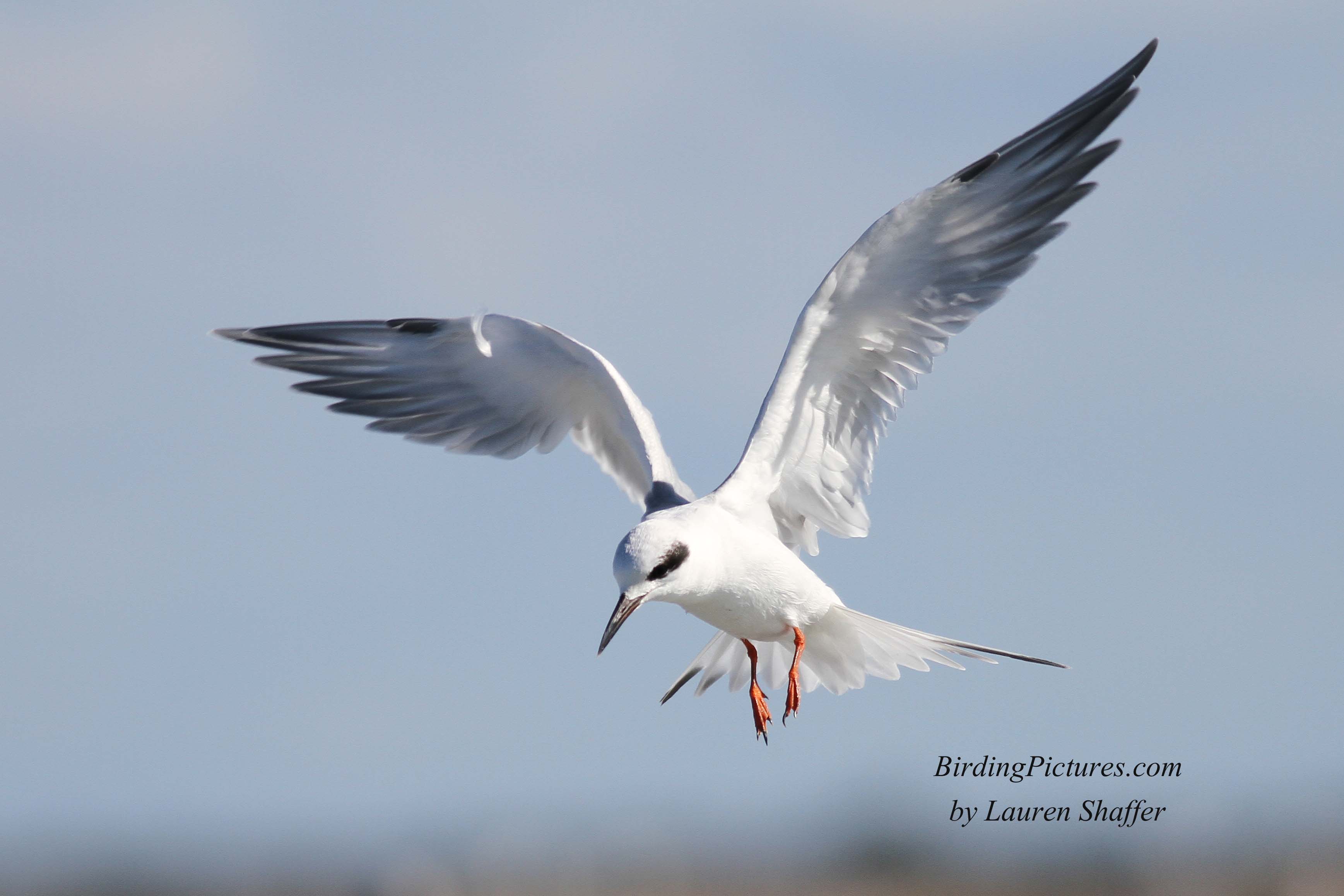 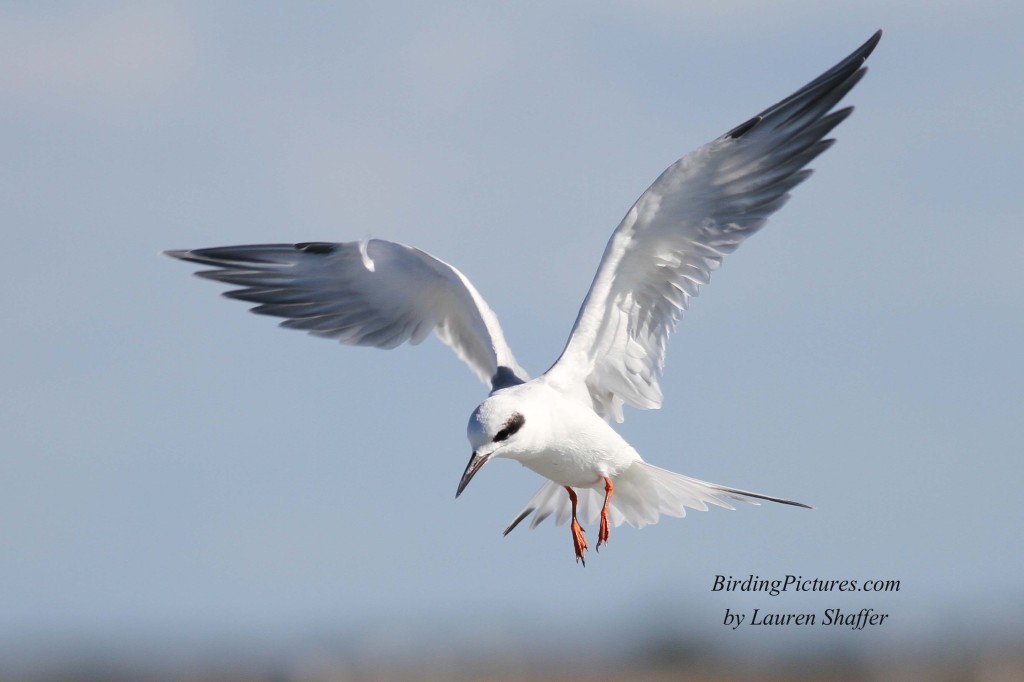 The Forster’s Tern is a beauty, unique among the terns in winter with its black eye patch rather than a cap or crown. It’s also the only tern which lives almost entirely in North America. On a recent visit to Cape May, NJ, we came upon these beautiful birds vying for a spot on the railing of a dock.

Forester’s Terns feed on fish, small crustaceans, frogs, and mollusks. They often hover before plunge-diving into the water after prey. In the East they prefer salt water marshes, and in the West they inhabit mainly fresh water marshes. Winter is spent along the coast south of California and Virginia in the East.  These birds are common in Cape May from Spring to late Fall. 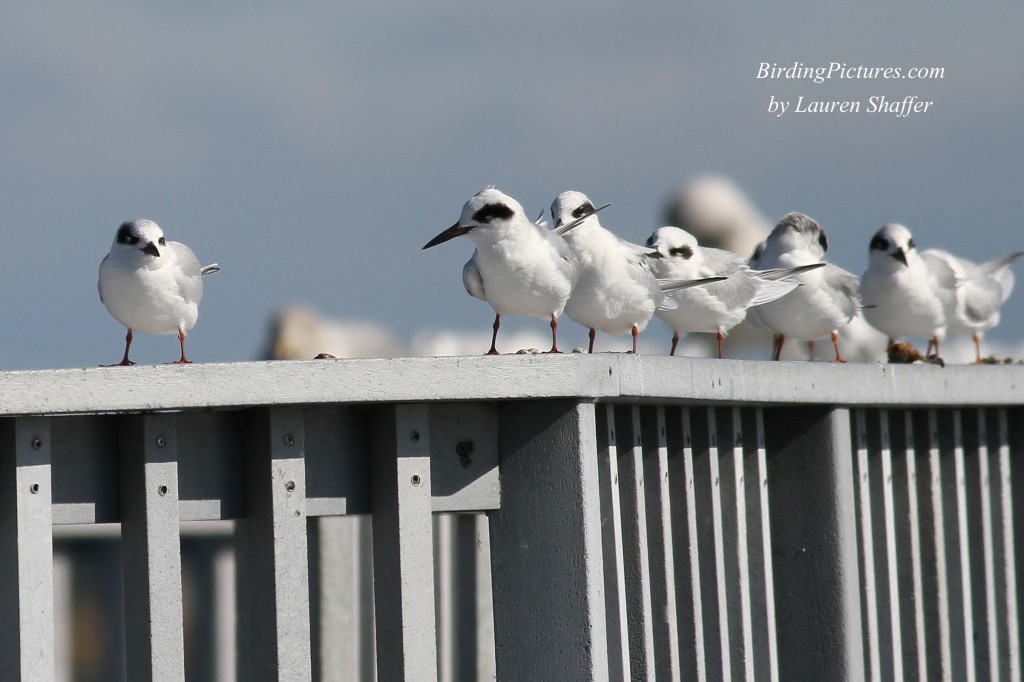 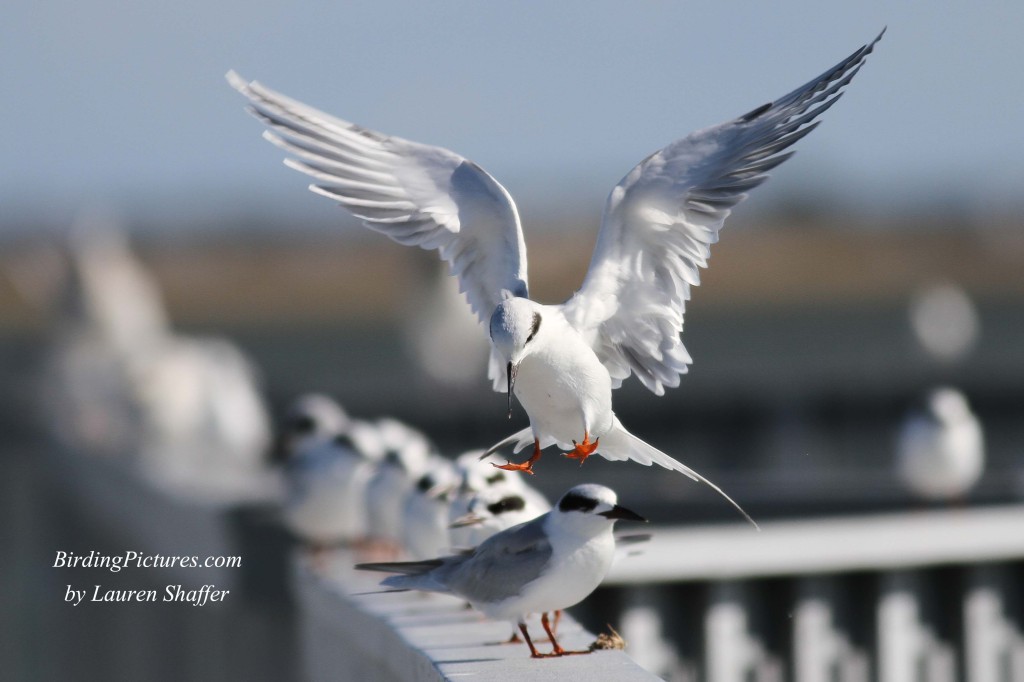 Ready or not, here he comes! 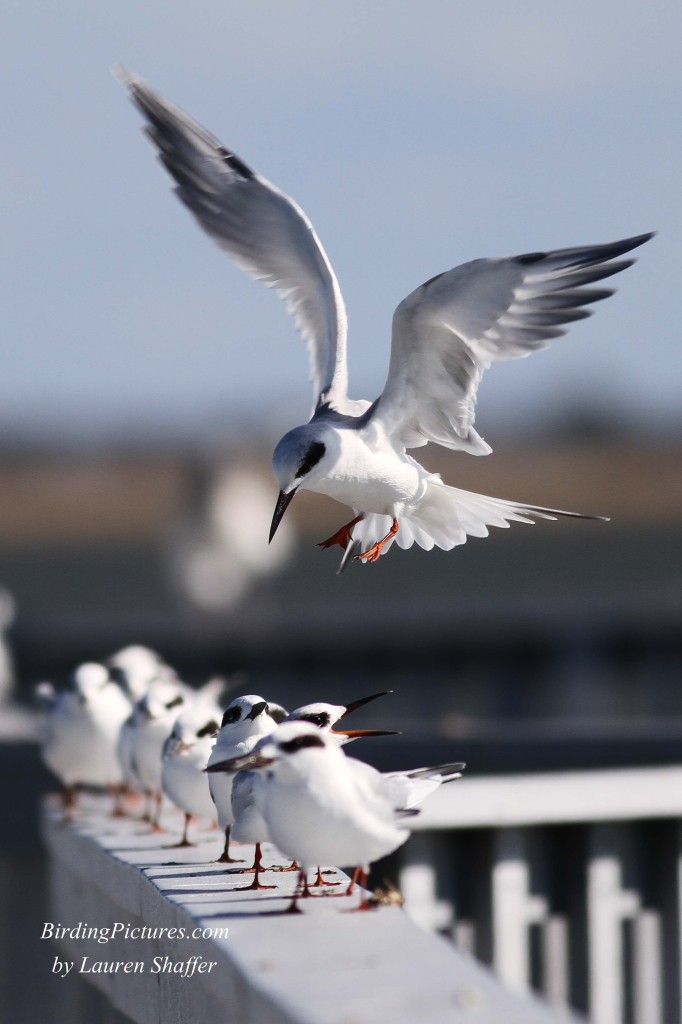 Although a Forster’s Tern is considered to be medium-sized at 14-15 inches long, it is dwarfed by this immature gull. 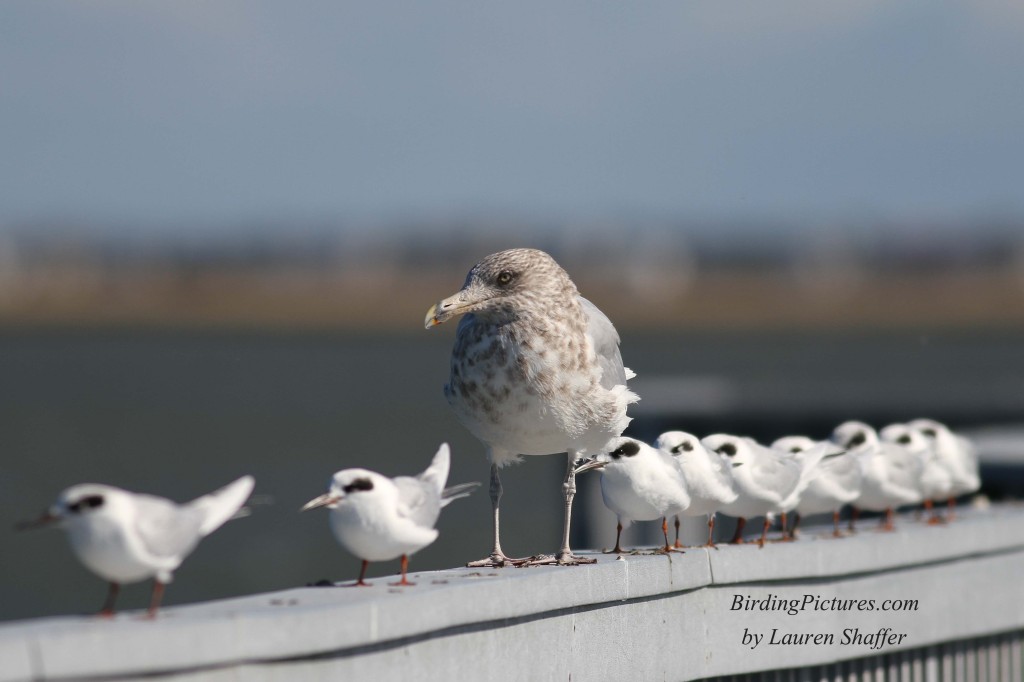 In breeding plumage, the Forster’s Tern sports a black cap, a two-toned bill with a black tip and orange base. This photo below of a hovering tern was taken in May, also in Cape May. 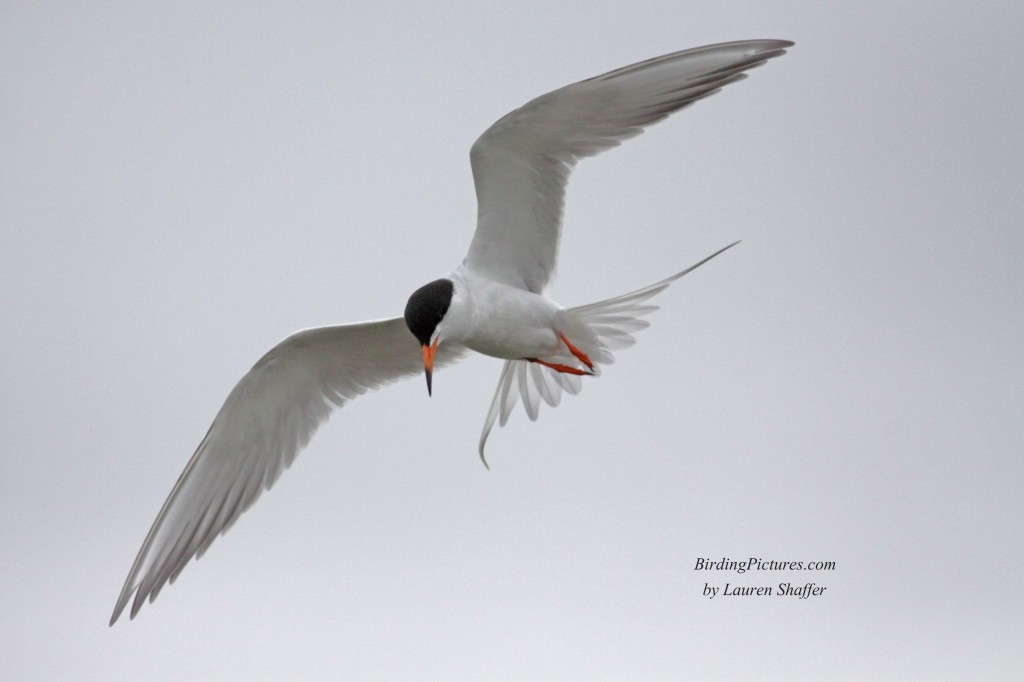