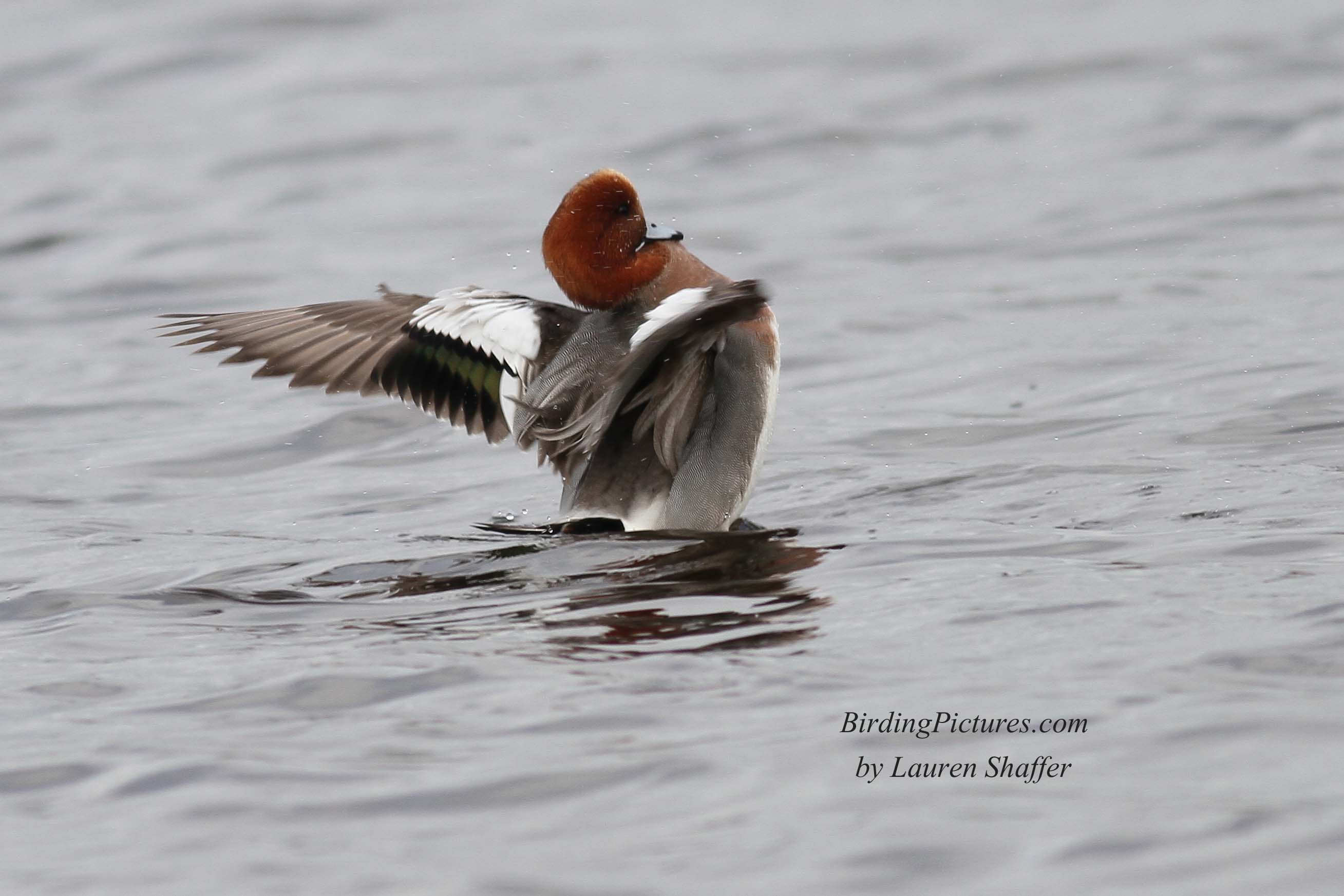 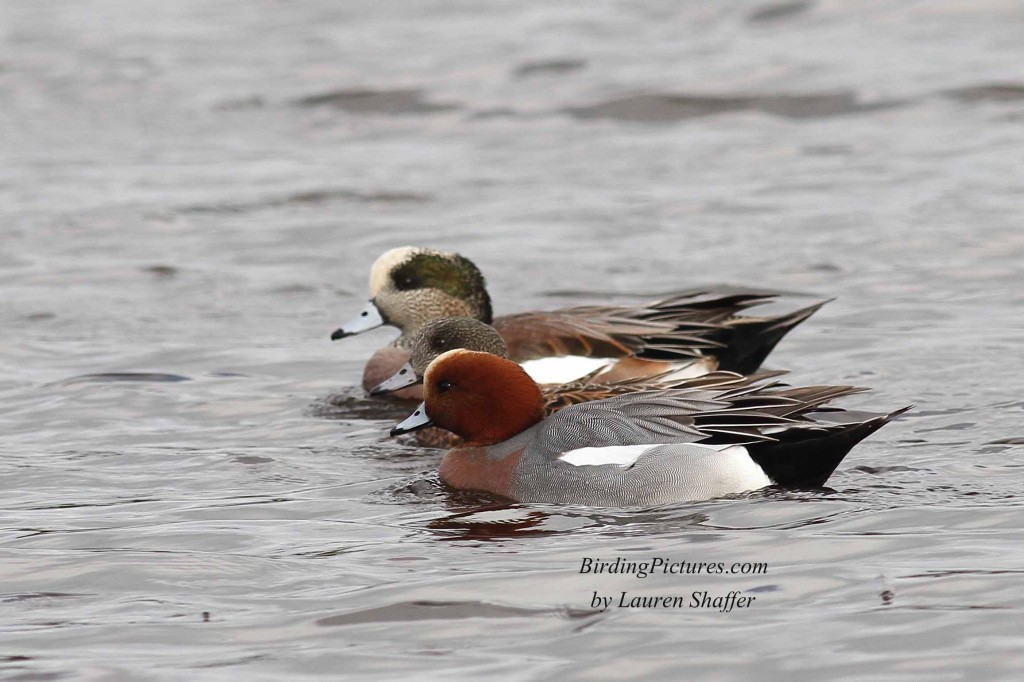 The Eurasian Wigeon which breeds in Iceland, Europe, and Asia, is a common visitor to America, and is a handsome bird with its rufous head and pinkish breast.  It shares some characteristics with its American cousin, the “Baldpate,” such as the cream-colored crown, white shoulder patch, and black at the back end. 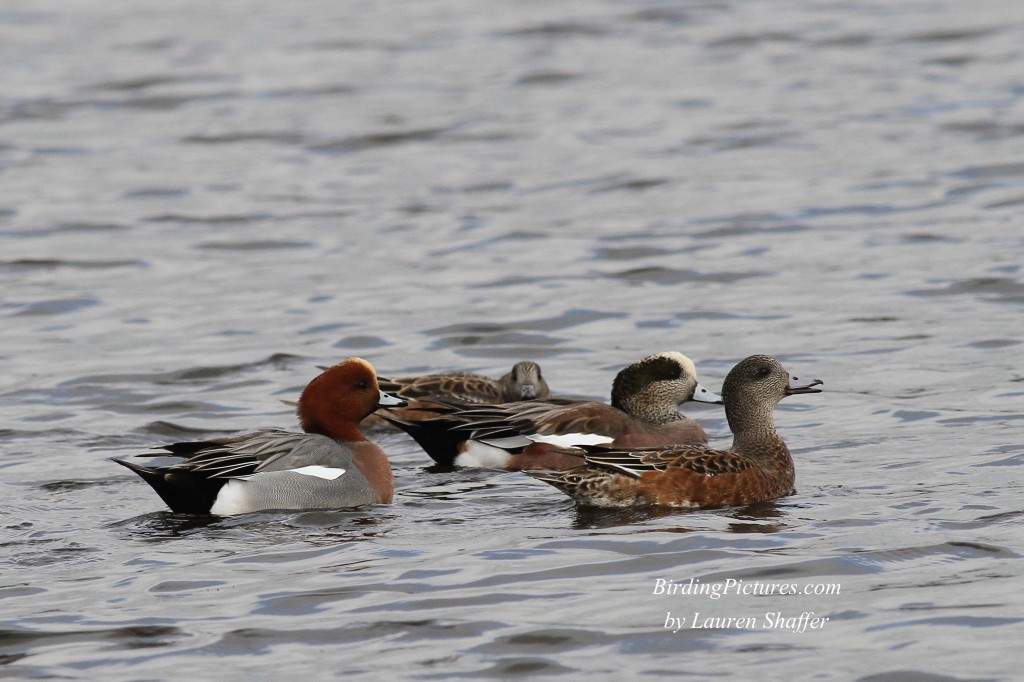 As stated in Audubon birds,

The Eurasian Wigeon is usually found associating with flocks of its American counterpart. Like the American Wigeon, this species is unorthodox in its feeding habits: It spends much of its time grazing on land like a goose and also loiters around feeding flocks of diving ducks, snatching food from them when they bob back to the surface.

Every fall there is at least one Eurasian Wigeon that can be seen hanging out with the American Wigeons near the Hawk watch at Cape May, NJ.  This year there were four handsome males!  By crawling through a tunnel through the brush made by previous spectators, I was able to observe these often contentious birds for some time.  I’m not sure they are usually nasty to each other, although they are known to pirate food from the other ducks, but they were certainly aggressive to each other this day. 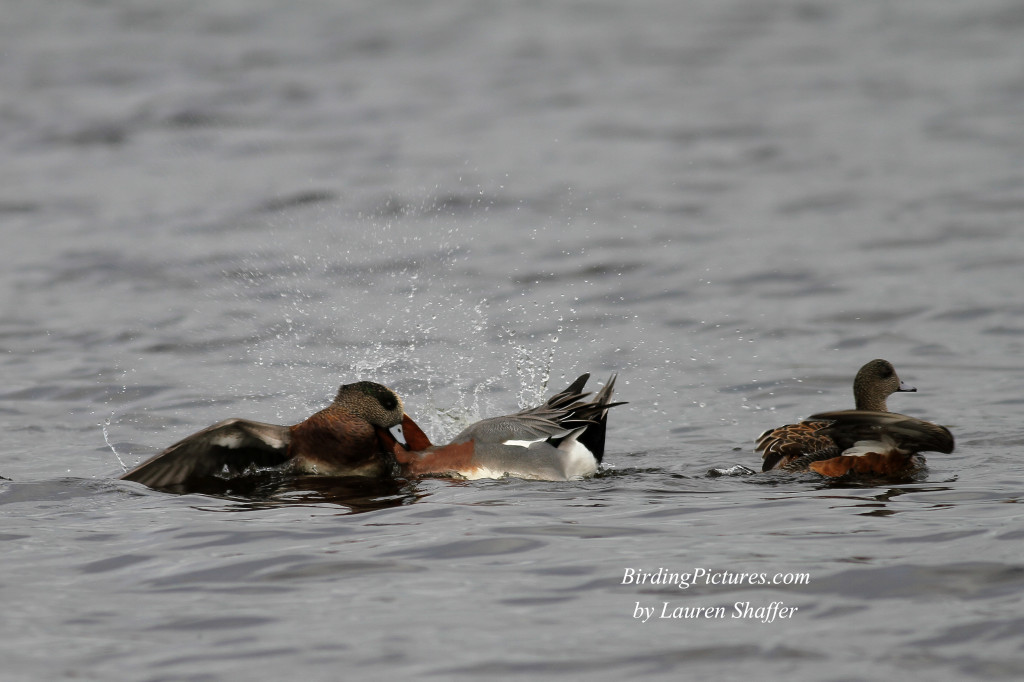 It’s difficult to tell from the picture who the aggressor was, but it looks as though the American Wigeon has the European by the neck. 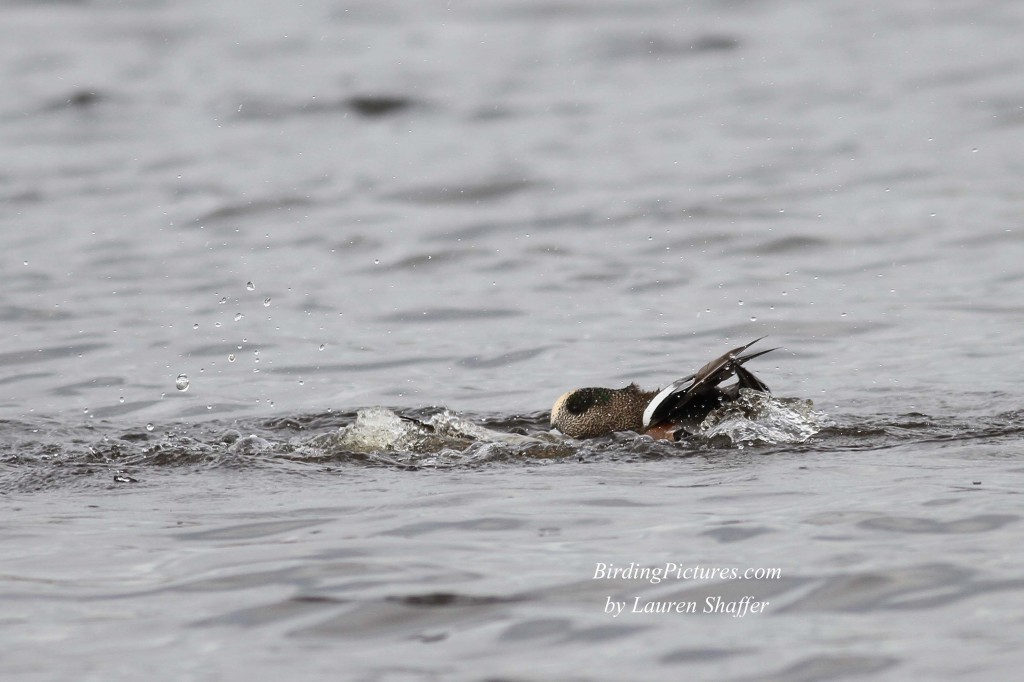 This turns out badly for the Eurasian, because his stronger cousin actually submerges him! 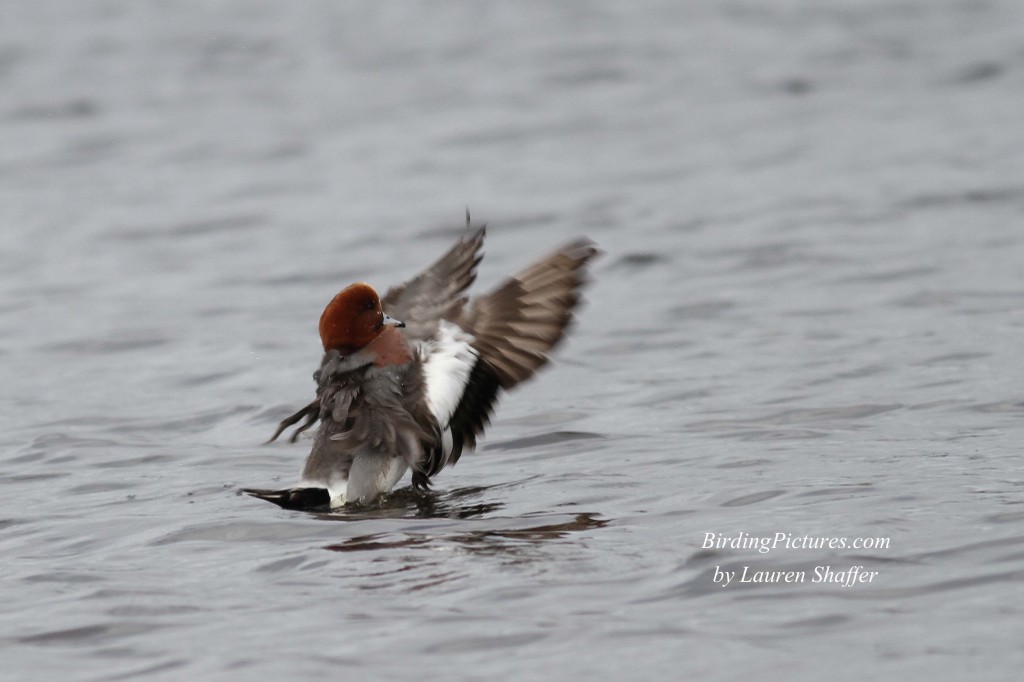 Up he pops, spreads his wings and ruffles his feathers! 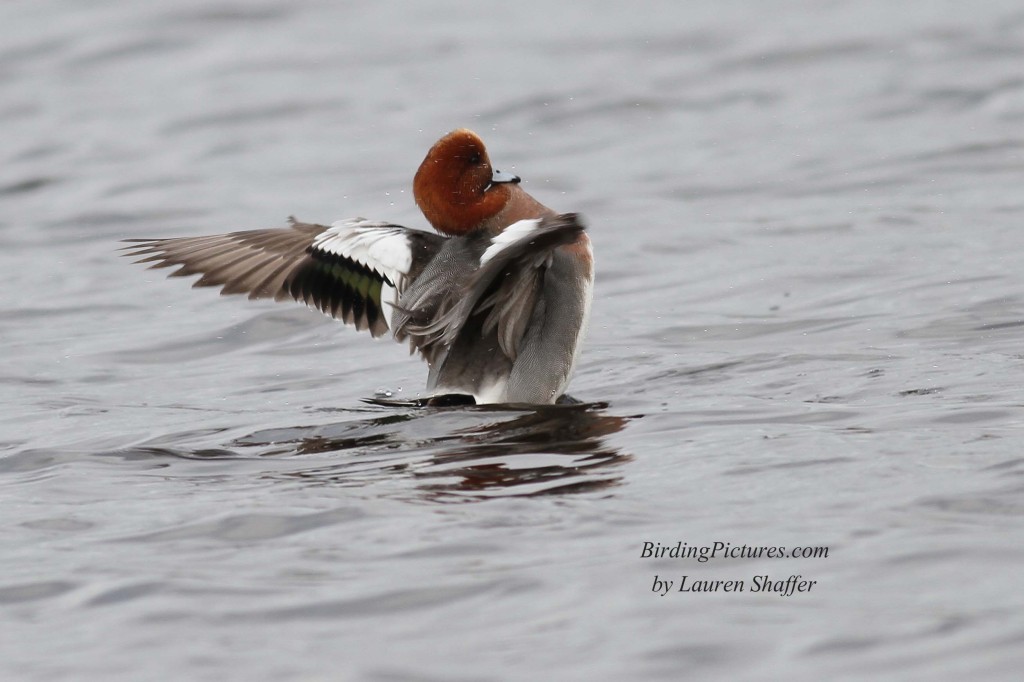 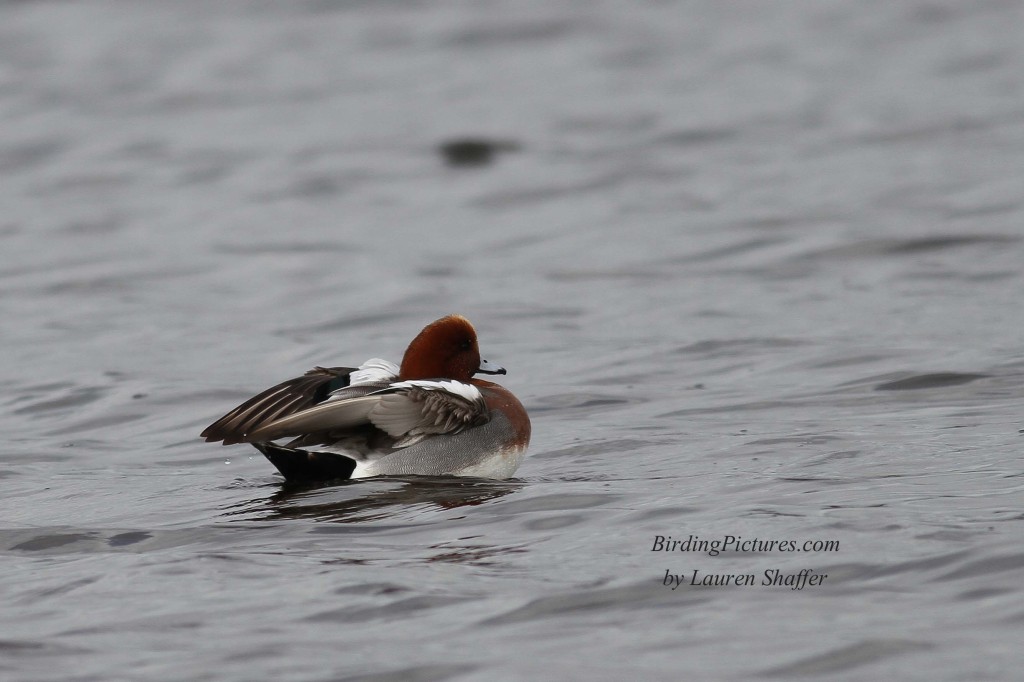 After a moment, he takes to the air to find a friendlier group to hang out with! 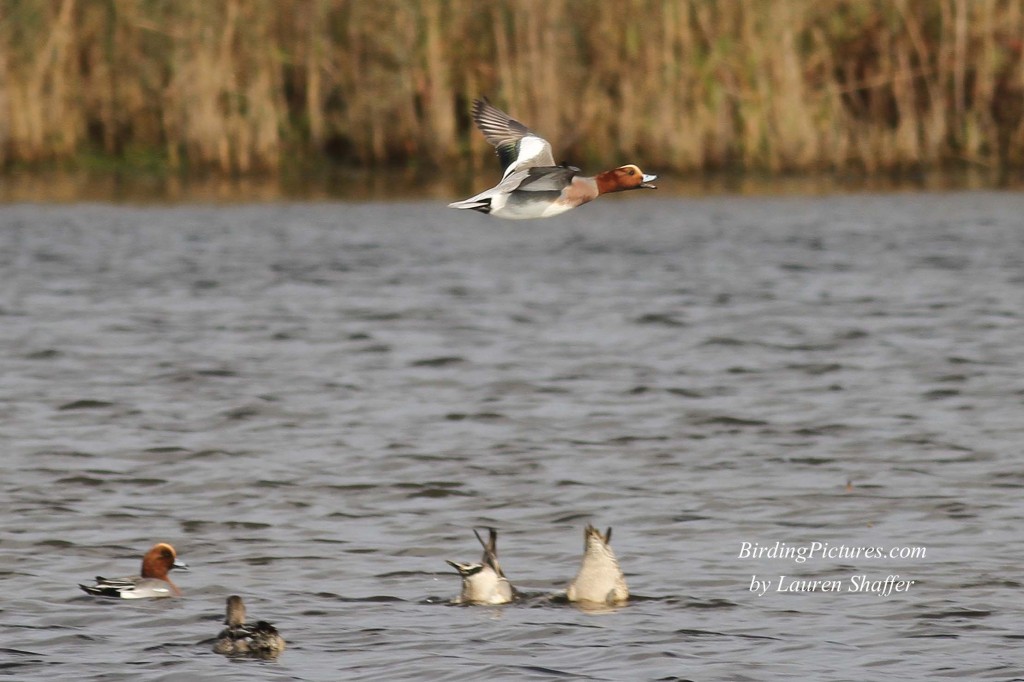