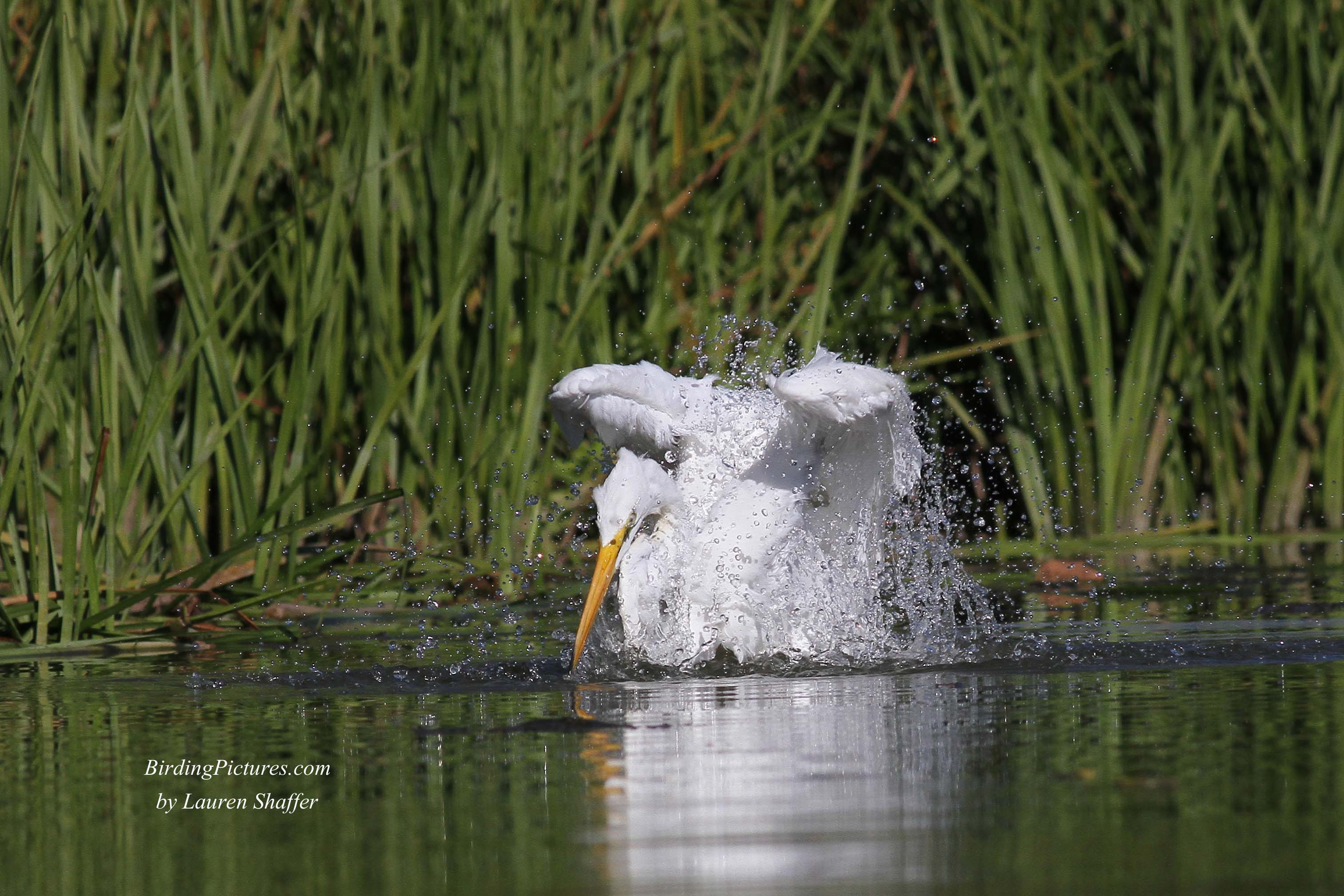 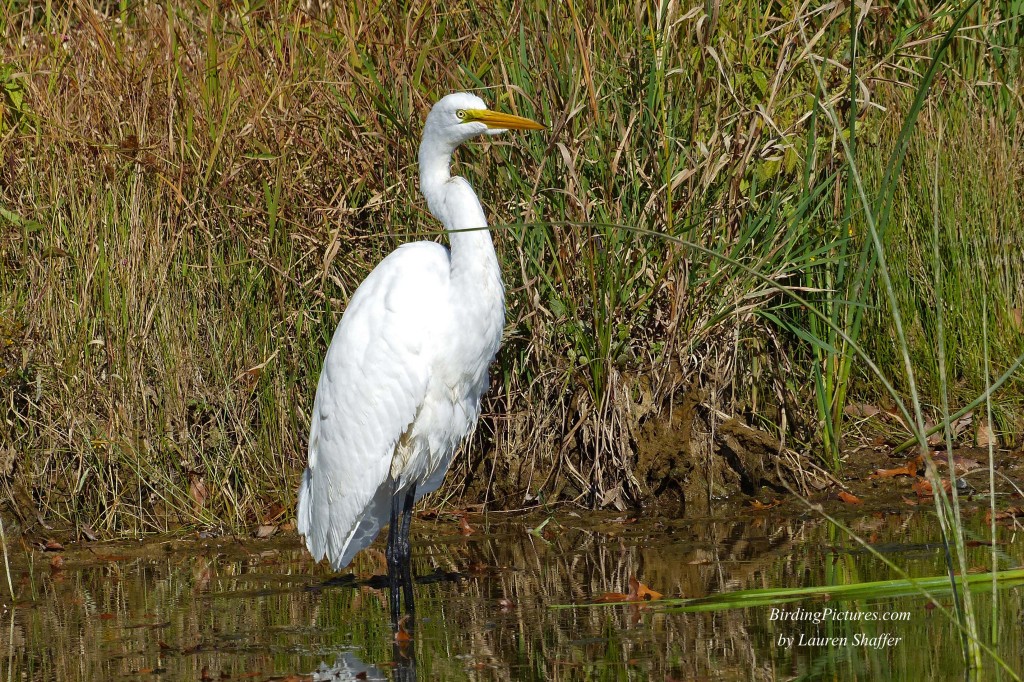 All birds bathe in order to maintain their plumage, but when a Great Egret takes a bath, it makes a big splash!  While kayaking this week at Montour Preserve, I noticed a Great Egret at the far end of the lake.  Keeping the sun behind me, I paddled up to a respectable distance from the bird and let the boat slowly drift towards the shore.  He deftly plucked one small fish after another from the shallows, and after downing at least 8 fish, he began to bathe. 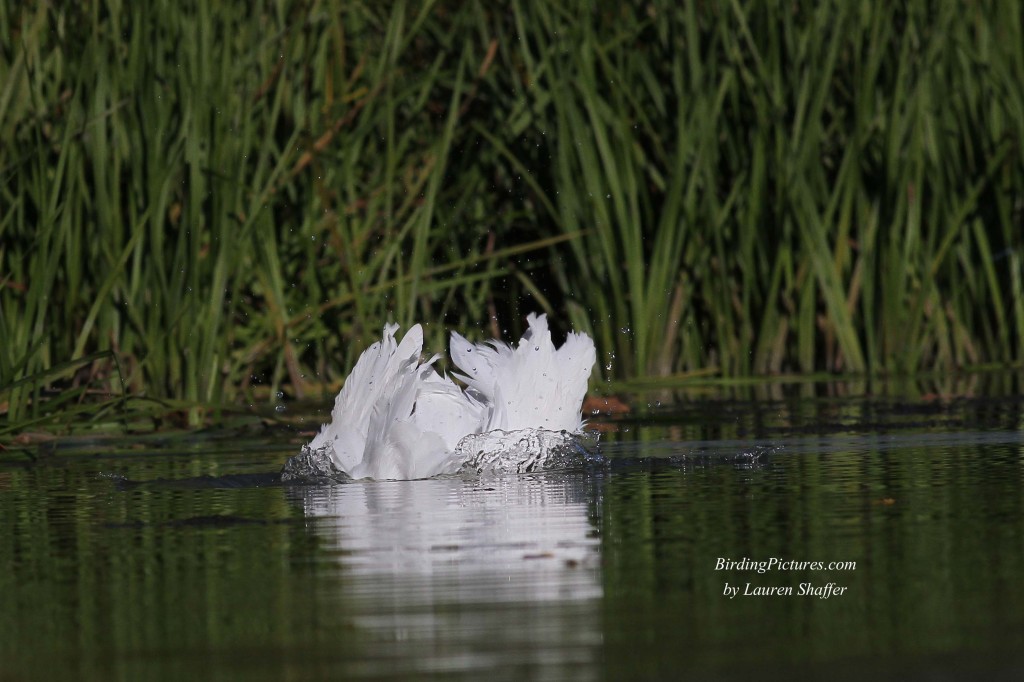 Down went his head and up went the waves of water! 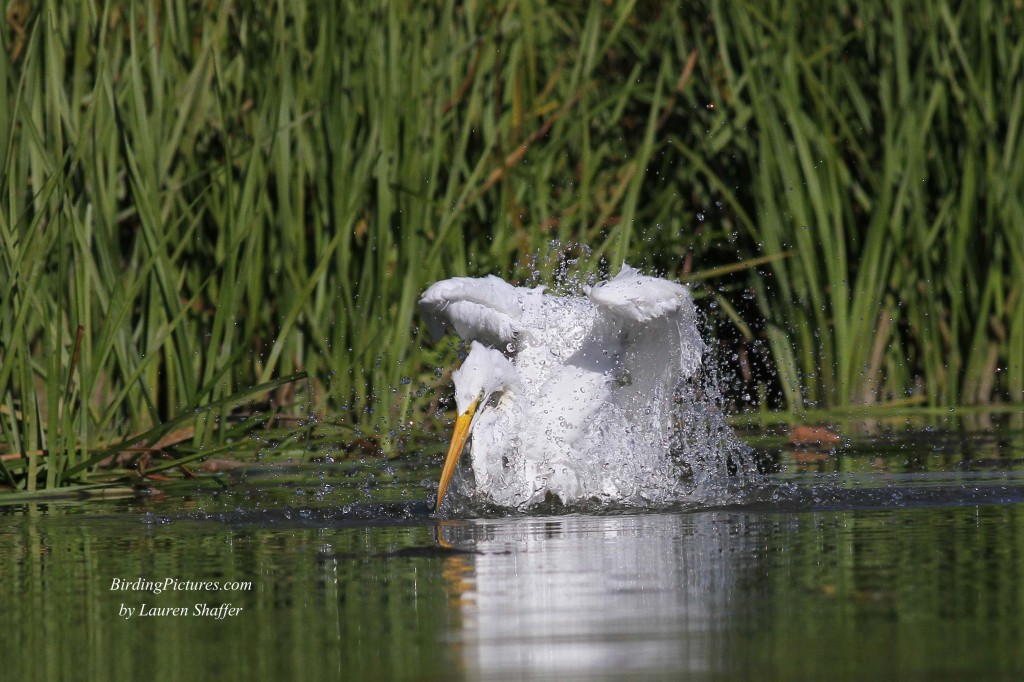 Vigorously he submerged himself and raised his wings till the water rolled off his back. 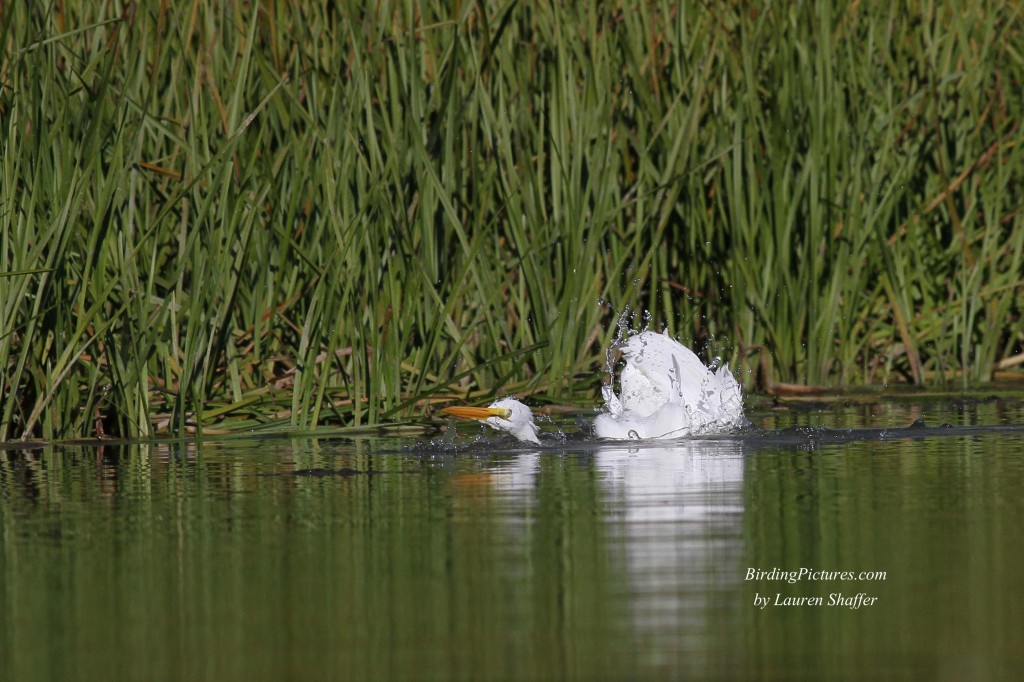 All dignity went by the wayside as he dunked himself again and again. 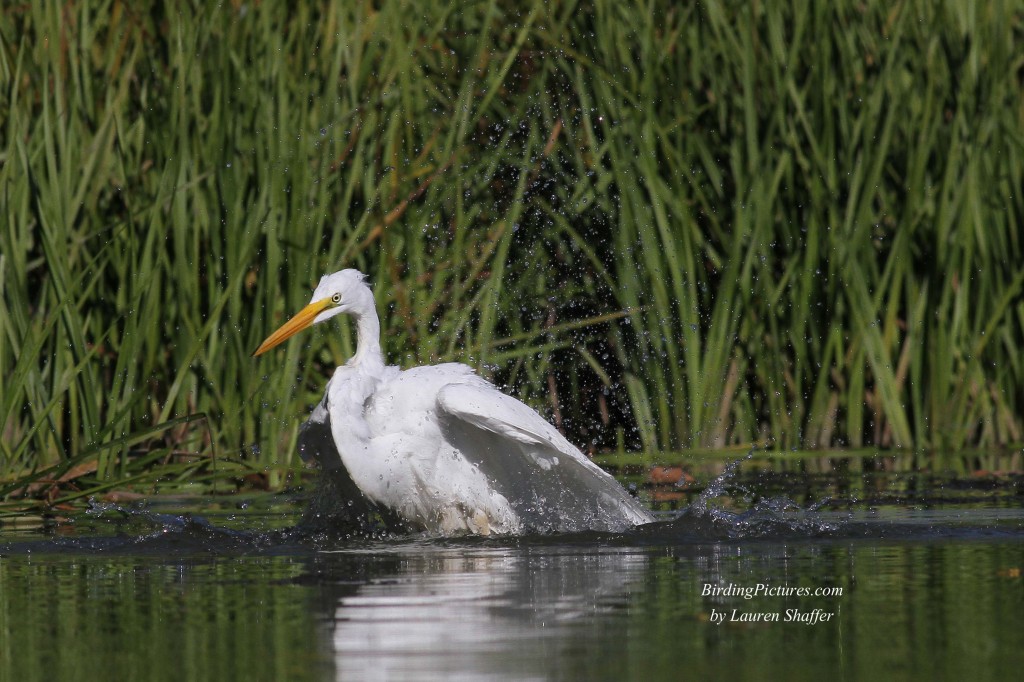 Water was flying everywhere!  In the meantime, my kayak was drifting closer and closer to the Great Egret, but nothing seemed to distract it. 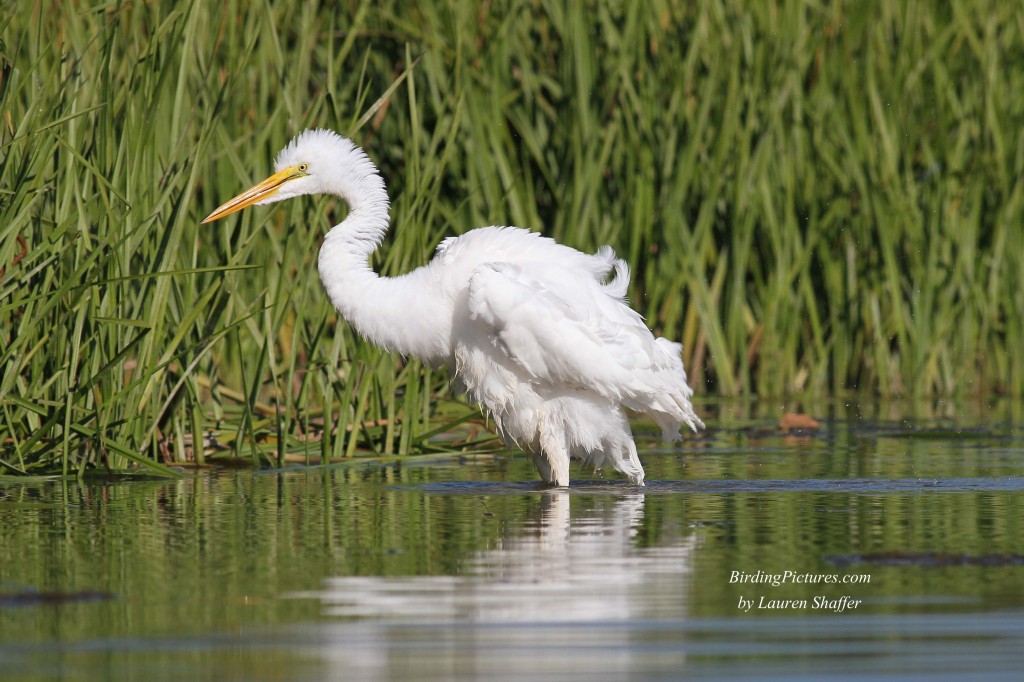 Like a dog, he shook himself and fluffed his feathers as best he could. 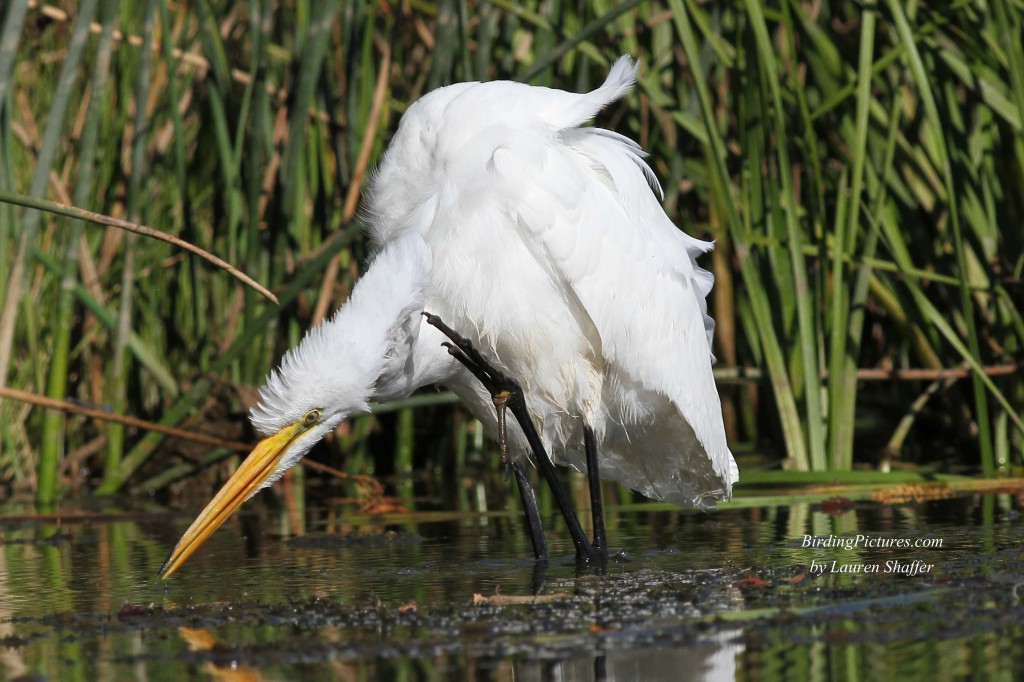 Water in his ear maybe? 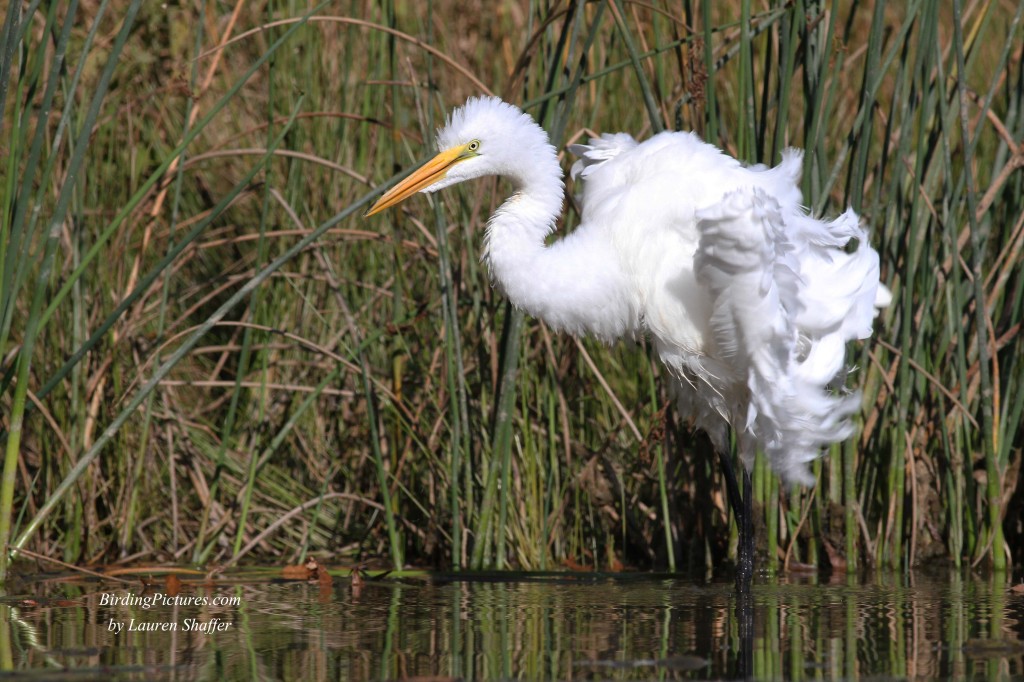 Like big balls of cotton, his still soggy wings were shaken and fluffed up in order to dry out. 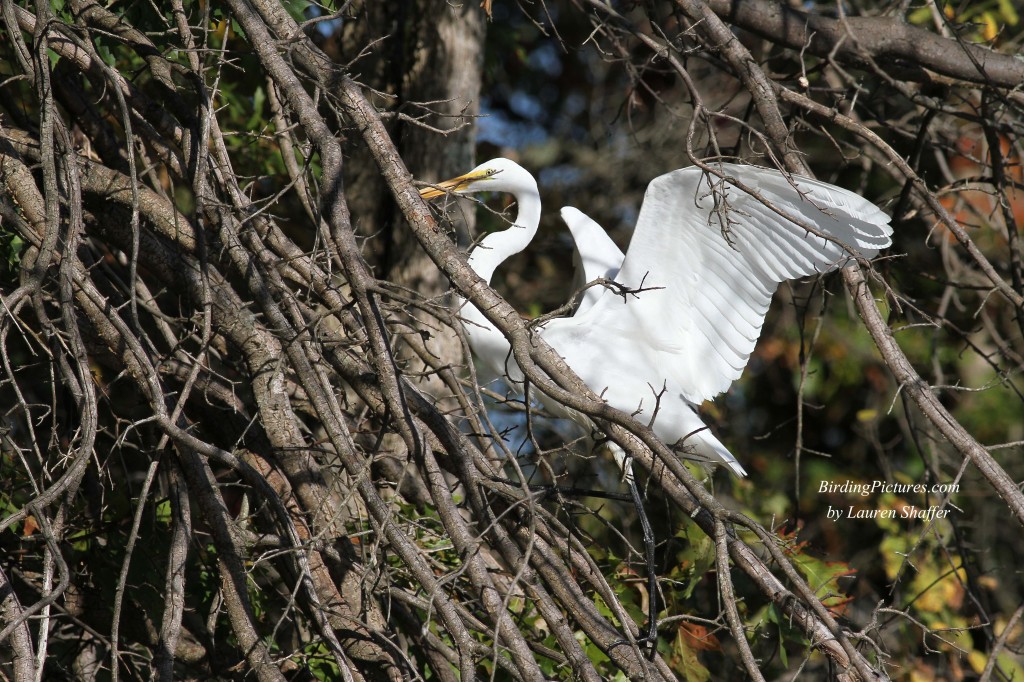 Having eaten and bathed, the huge bird slowly climbed up a maze of branches till he was about 10 feet high. 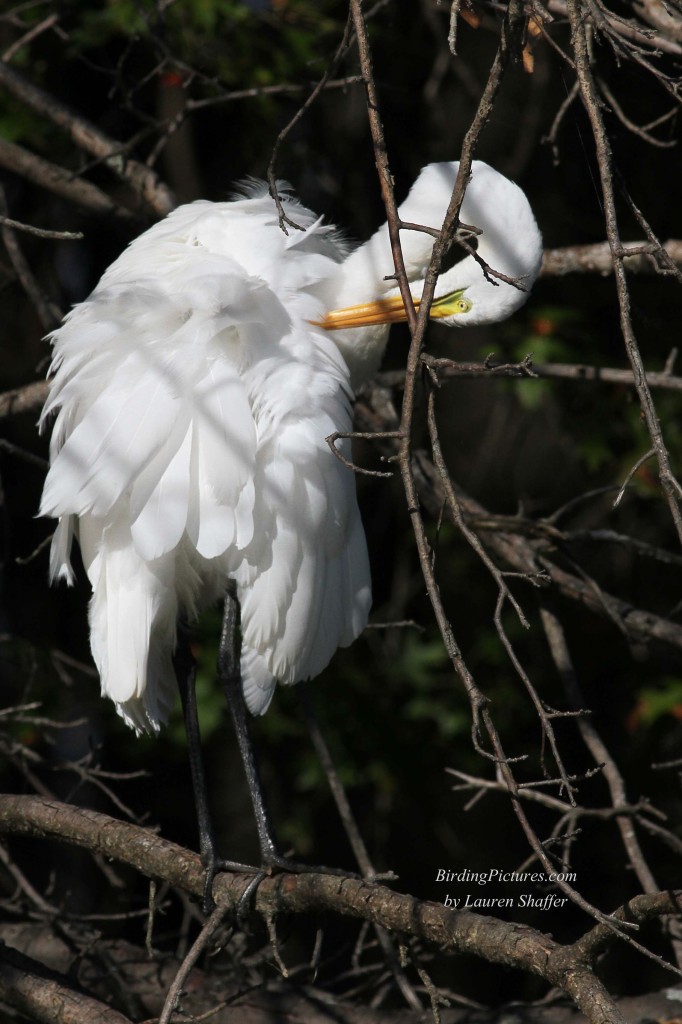 From his safe perch up high, the Great Egret began to preen himself. 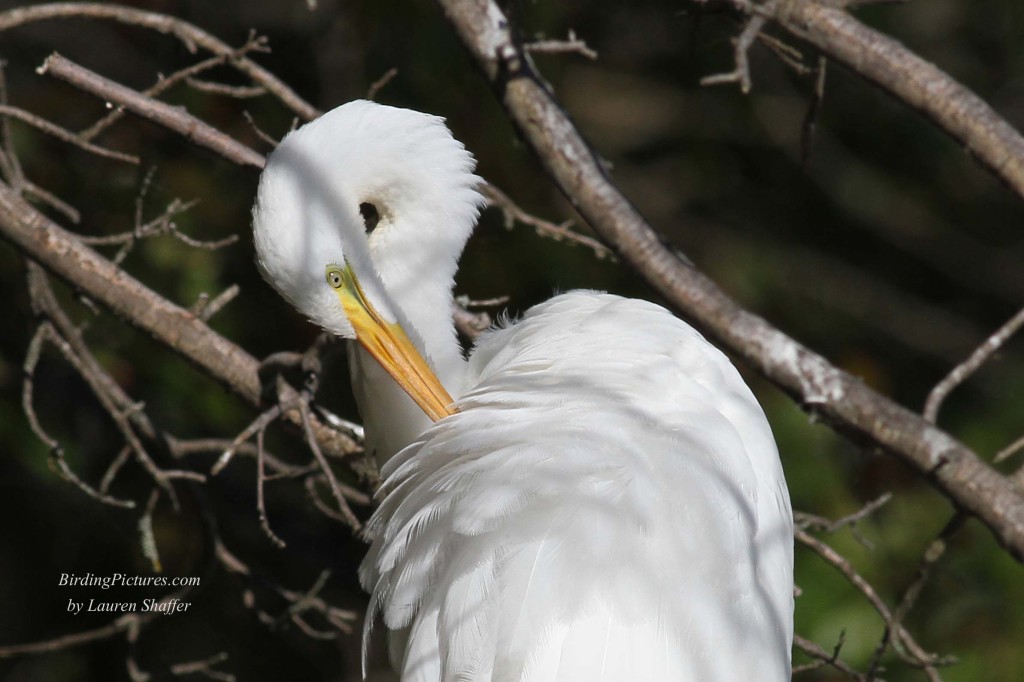 For more information on this bird, see Great Egret.