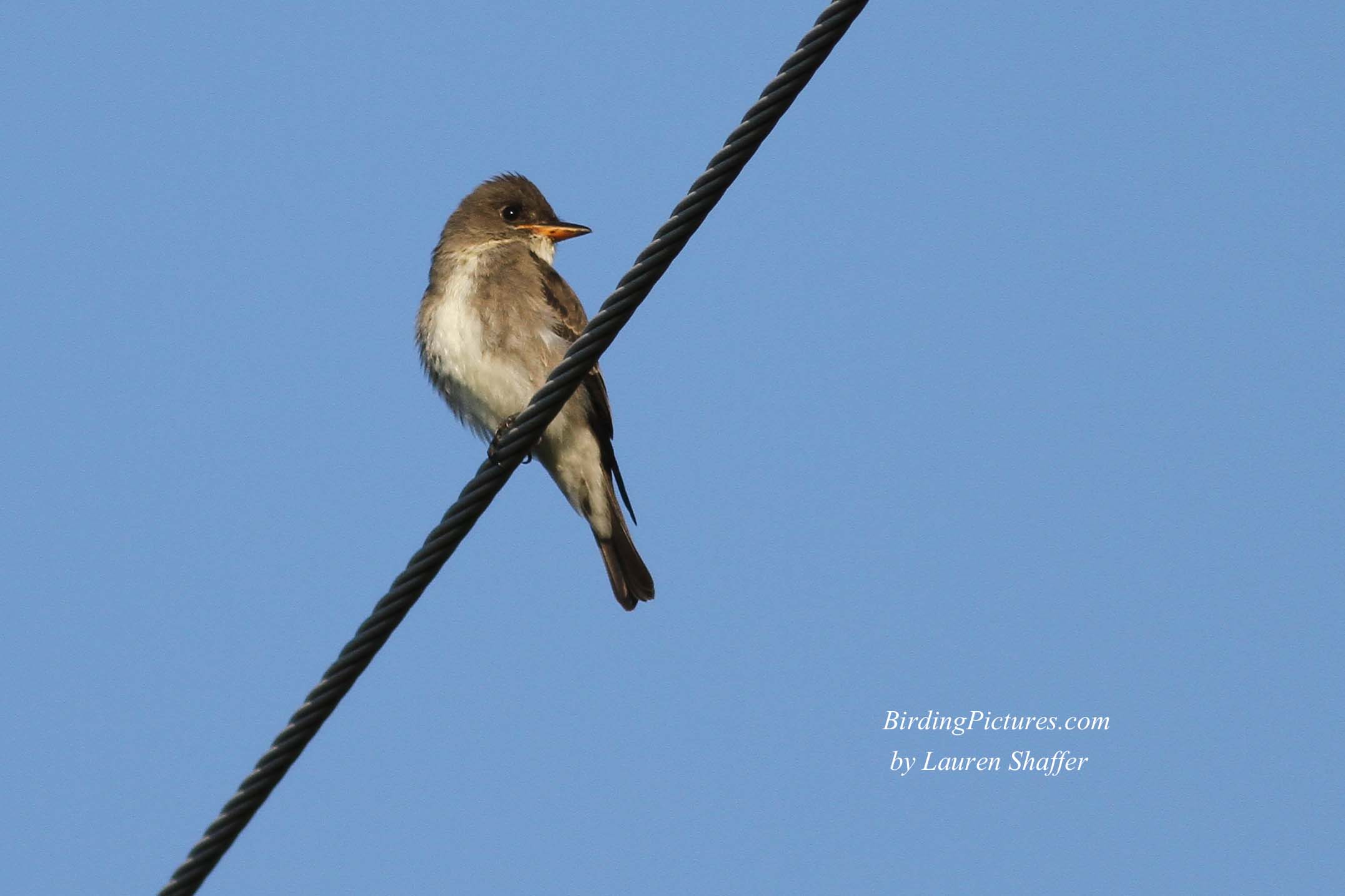 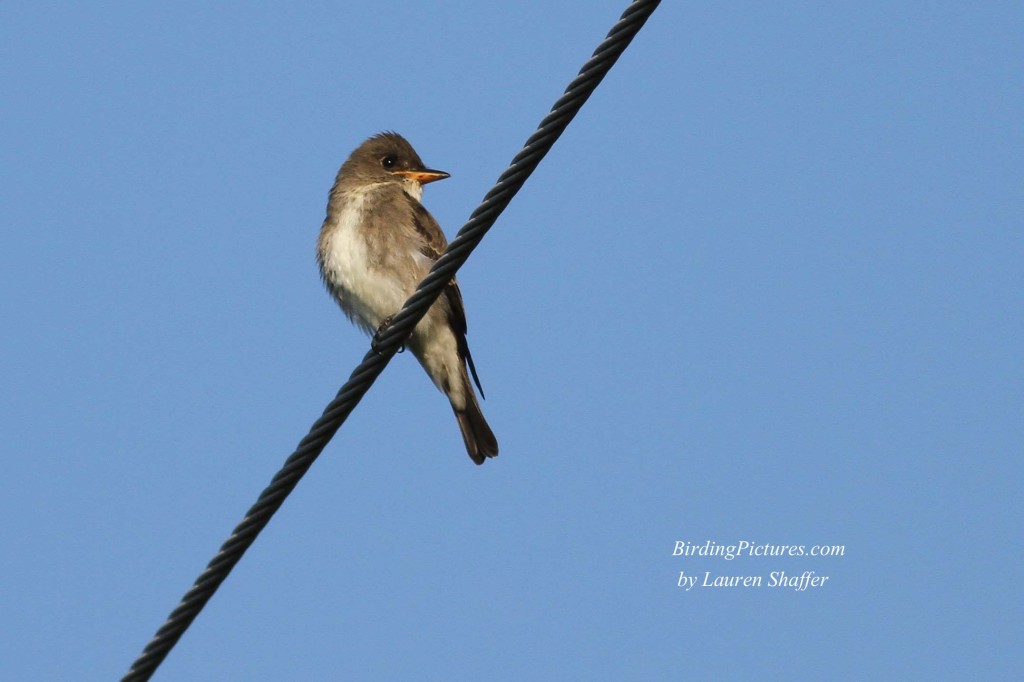 The Olive-sided Flycatcher is a very conspicuous bird when it makes its appearance during migration, choosing the top of a snag, or in this case, a telephone pole wire on which to perch.  Except for the Great Crested Flycatcher it’s the largest flycatcher in our region, and is identified by its dark vest, white throat, large thick bill, and sometimes-visible white spots on either side of the rump. These white tufts stood out to me as I slowly drove down the road looking for warblers.  There is only one bird like that!  I quickly pulled over and watched it catch its breakfast for awhile. This bird gave me great looks and photo ops in the early morning sun, fly-catching a dozen times from his high perch.

According to The Cornell Lab of Ornithology, the Olive-sided Flycatcher has a Near-Threatened conservation status, possibly due to habitat loss on their wintering grounds.  They are the longest-distance North American flycatchers in migration and don’t arrive at their breeding grounds until late in the spring. Spruce forests and their clearings are preferred habitat for these solitary birds. 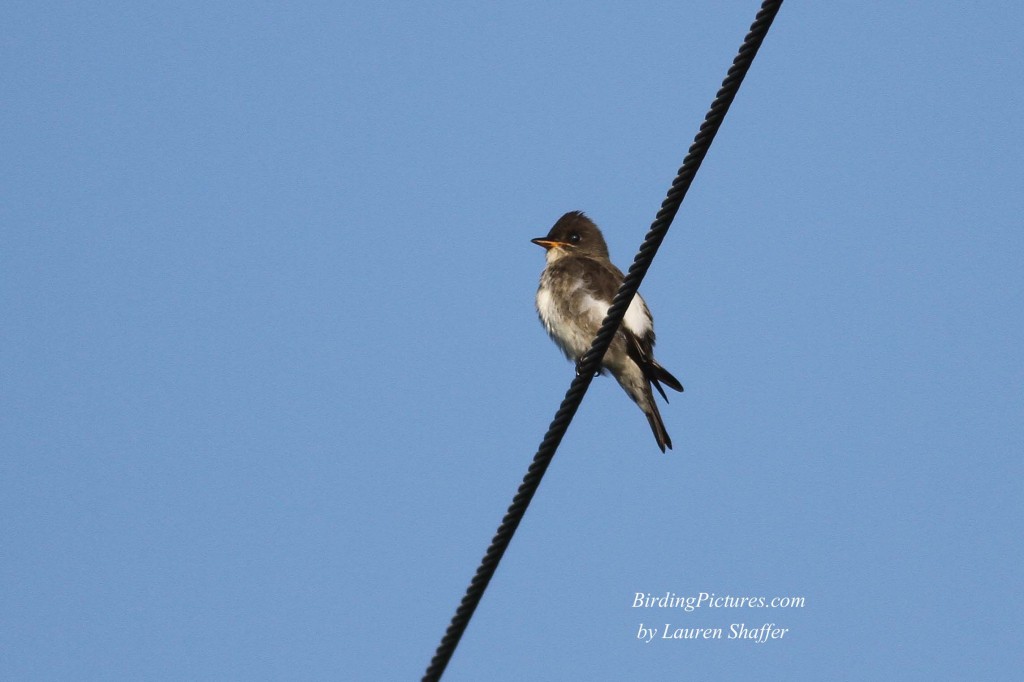 These white tufts on the flycatcher’s back are dead giveaways to this bird.  He dropped straight down at one point, exposing these tufts as points of light against dark. 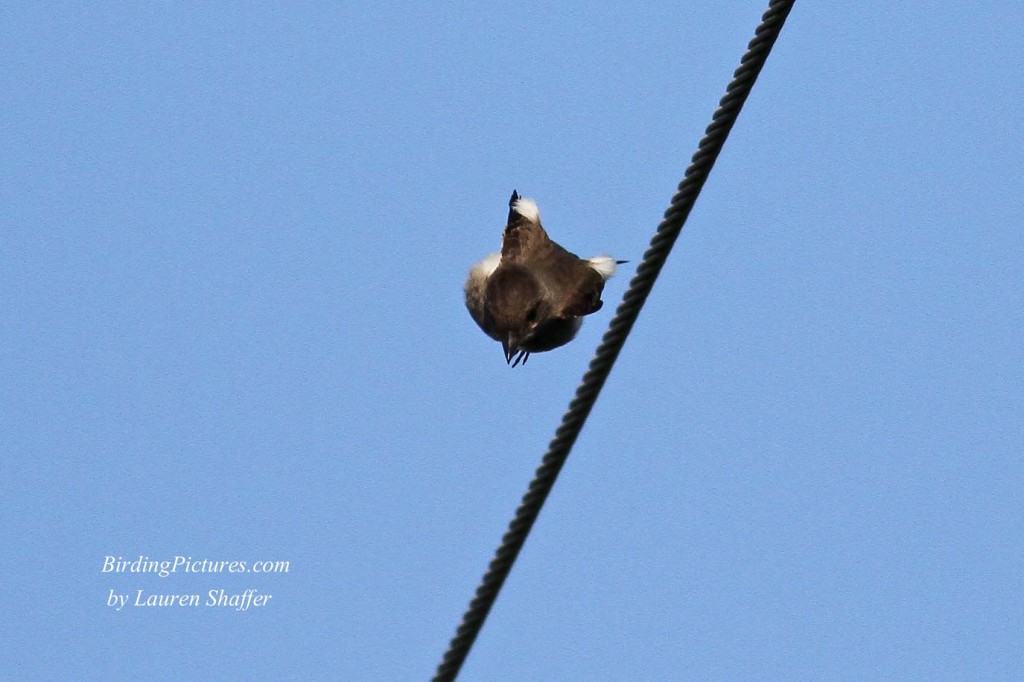 This time he put his wings out as he dropped down to catch a bee.

I watched the Olive-sided Flycatcher pursue one bee after another in the air, never missing, and in typical flycatcher behavior returning to the same approximate perch as before.  This large bumblebee was held for awhile and then repositioned before going down the hatch. 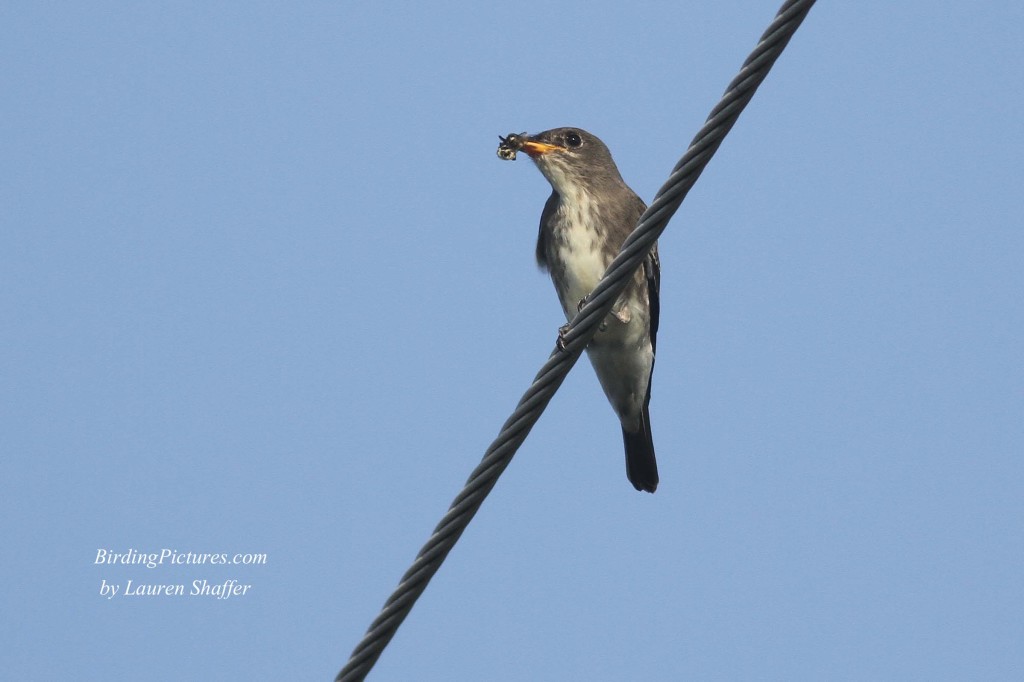 This amazing bird stayed right where he was, busily preening after having his fill of breakfast, and watched me walk right under him!  I doubt I’ll never have another opportunity like that to see an Olive-sided Flycatcher. What a handsome bird! 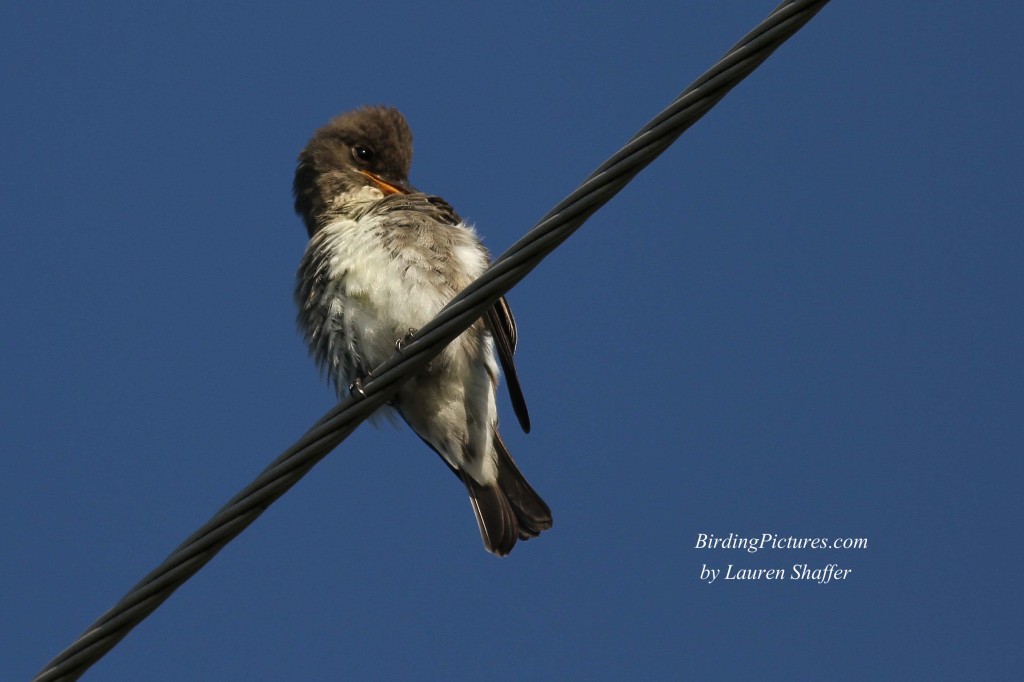