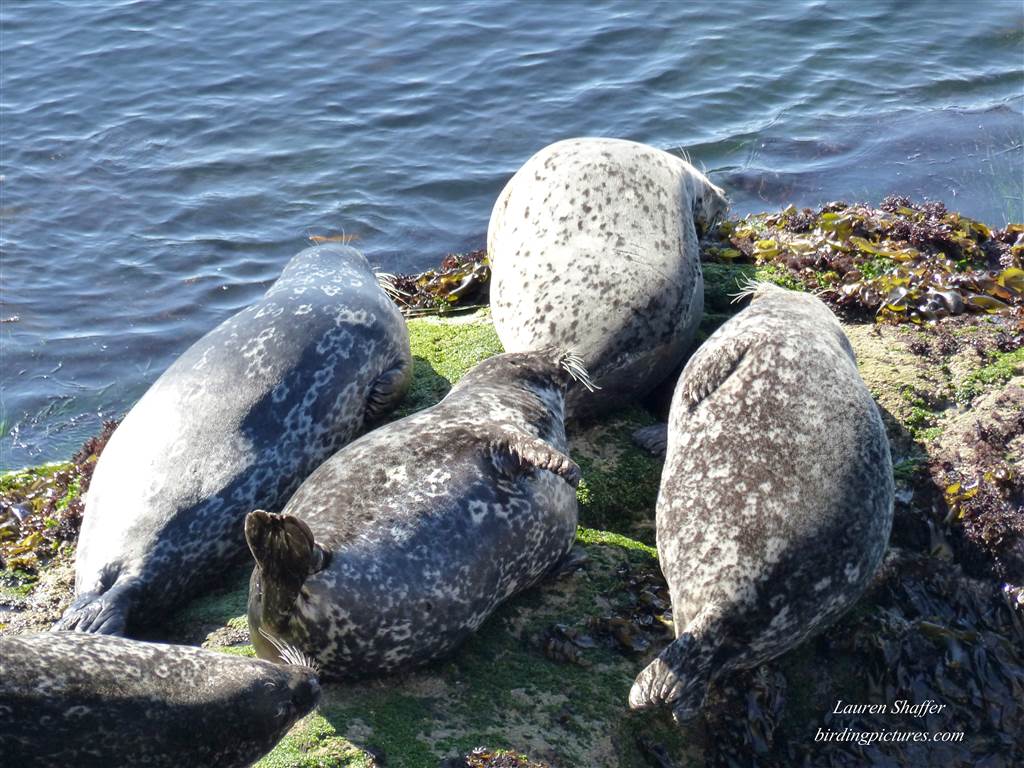 These blubbery sausage-like seals are a sight to behold, sometimes blending in with the rocks that they’ve hauled out onto.  They stick close to shore so that when the tide goes out they can do their version of planking, often with head and tail upraised, looking something like a banana!  They weigh between up to 400 pounds and can grow as long as 5 feet.  According to the Seattle Aquarium fact sheet, they can dive up to 1200 feet and remain underwater for up to a half hour.  They also report that harbor seals rarely interact with each other except during breeding season, but the video I recorded shows that they sometimes interact just like my little brothers did, picking on each other.  Hilarious!  Watch the video below: 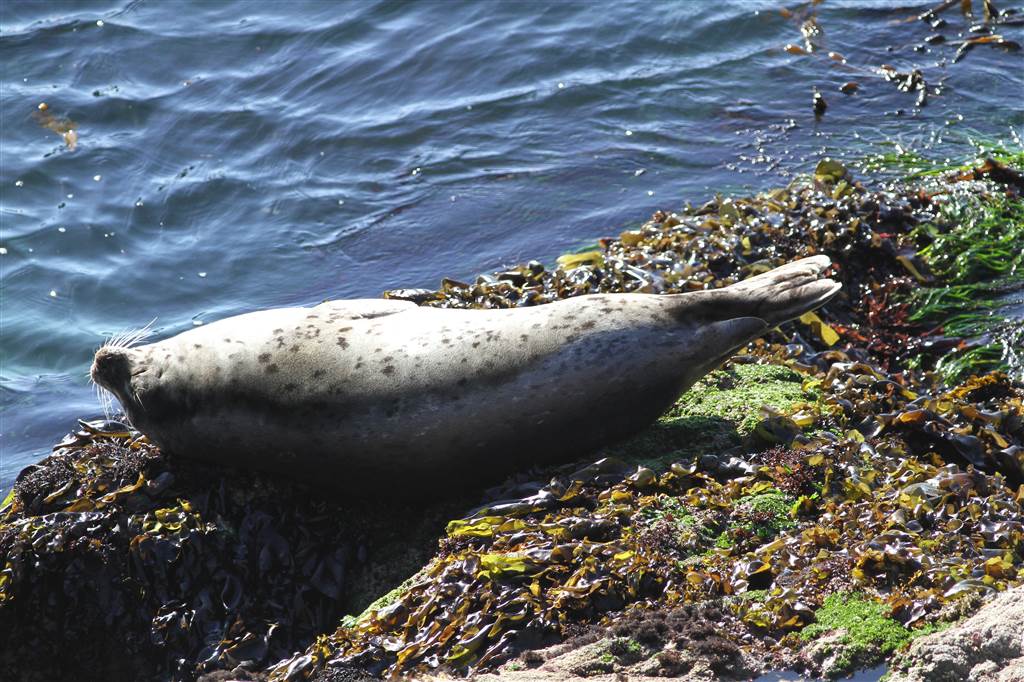 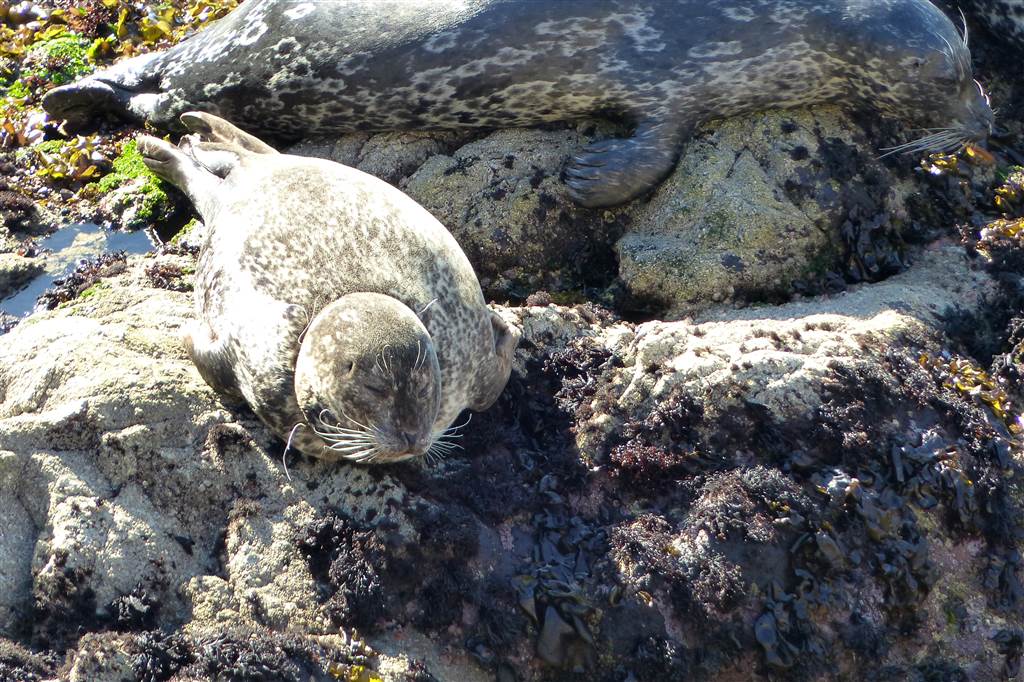 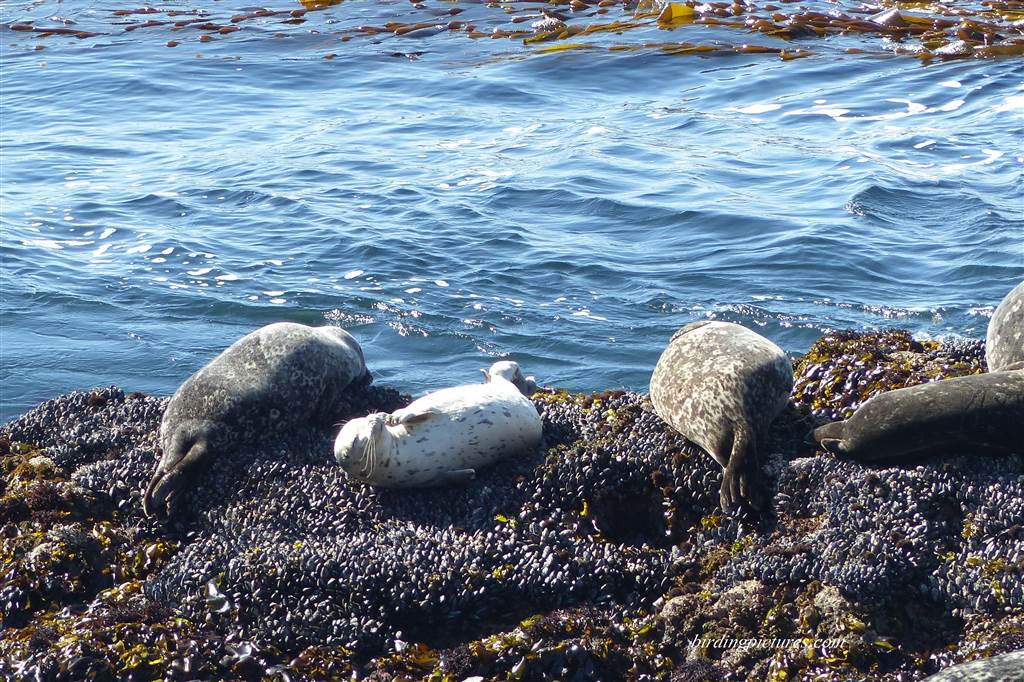