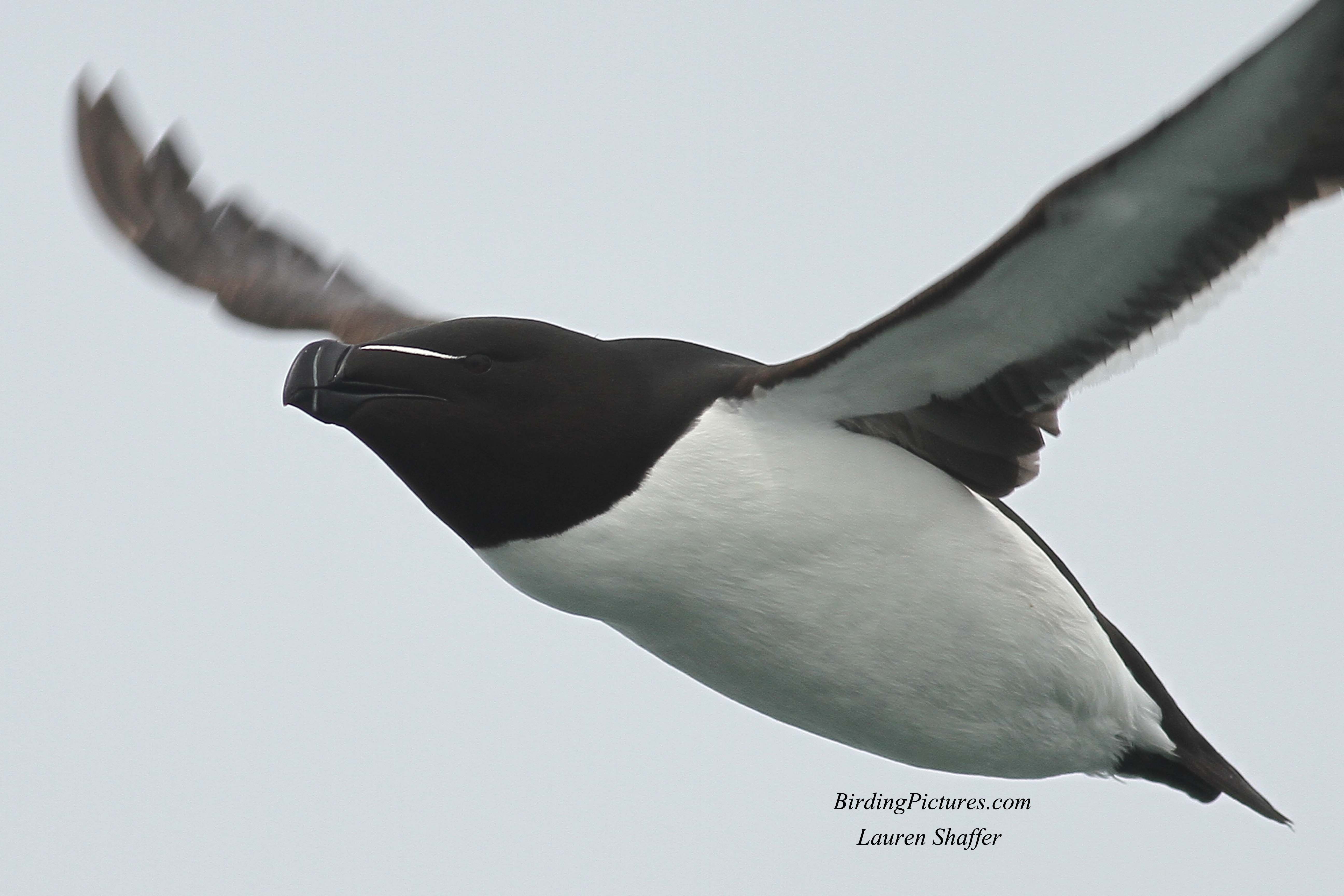 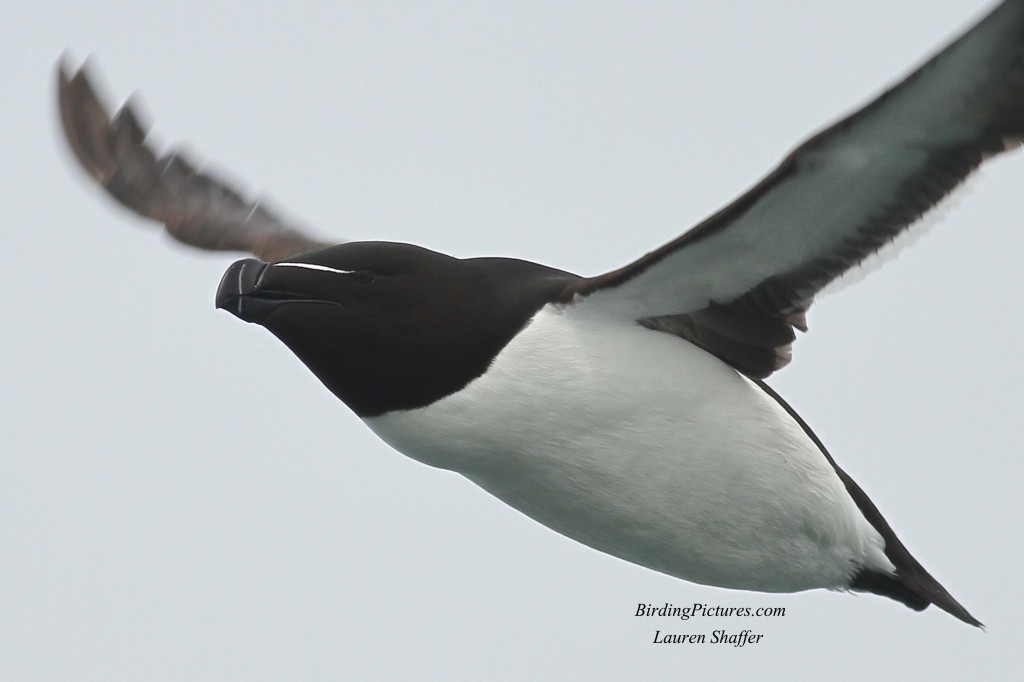 Razorbills and Common Murres were among the penguin-like birds that were observed on our trip to Machias Seal Island, along with the Atlantic Puffin. All of these species are Alcids. Razorbills and Murres look very similar with their black and white coloring, but the Razorbills have a very thick, blunt bill with a white line going back towards the front of the eye. They spend their lives at sea, coming to rocky coasts and cliffs only to nest. They are great divers, able to dive up to 120 meters, dining on krill and fish, and are often seen in large rafts close to shore. 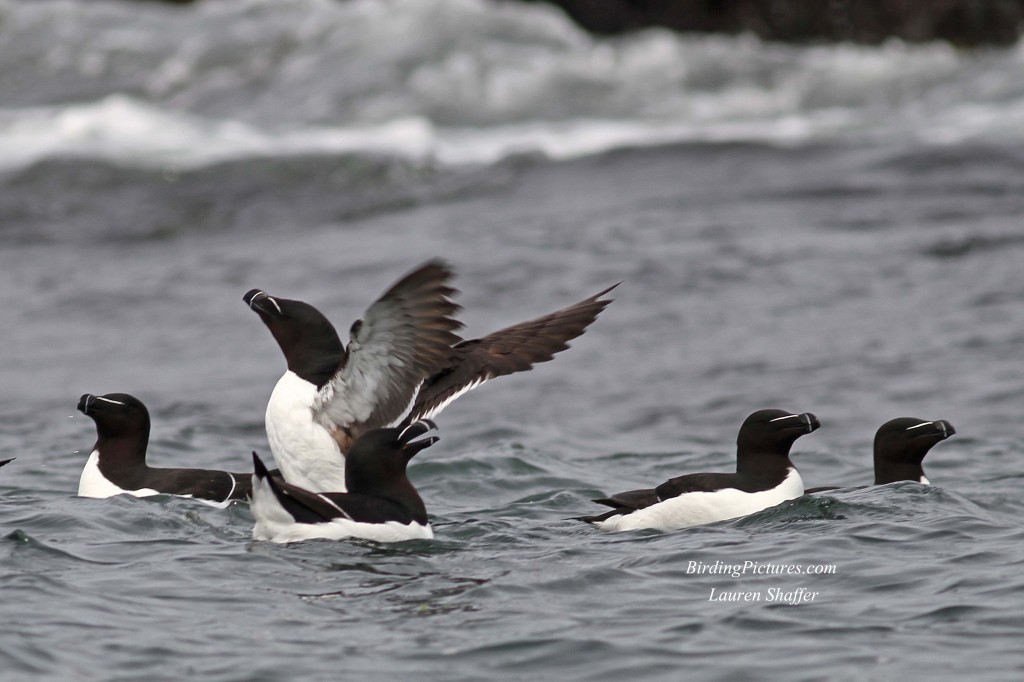 The middle bird below has a stray feather making him look all the more unusual, with an almost invisible black eye on his black face and thin white stripes on the bill, face and wing. 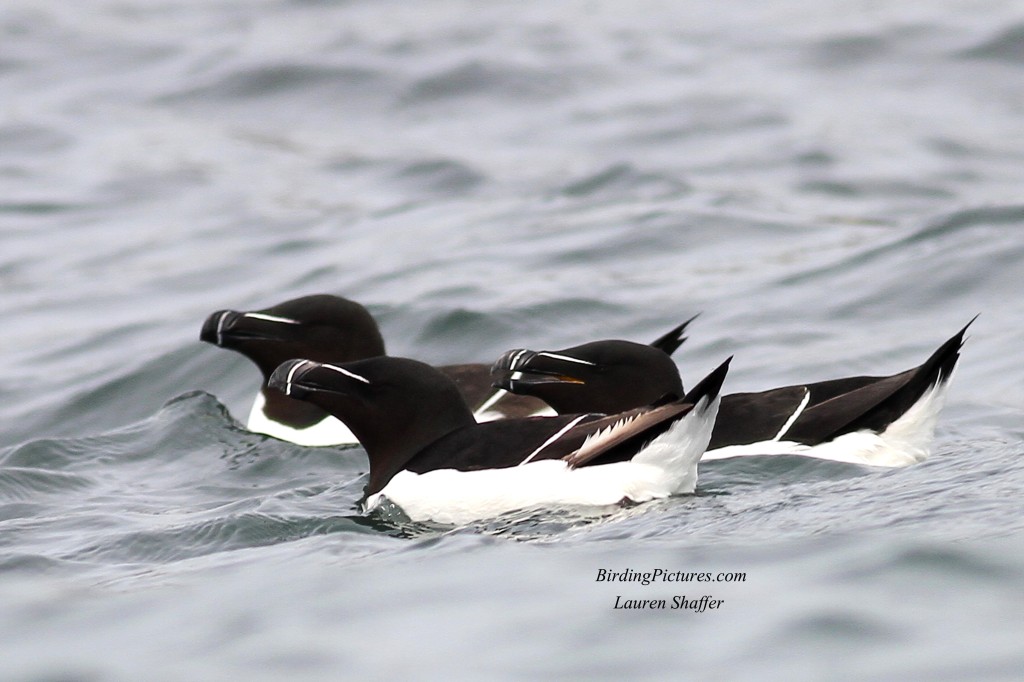 Common Murres may be similar in appearance and size (about 16 inches) to the Razorbills, but their bills are much more pointed and their necks more slender. Interesting facts provided by Cornell’s All About Birds website include the following: 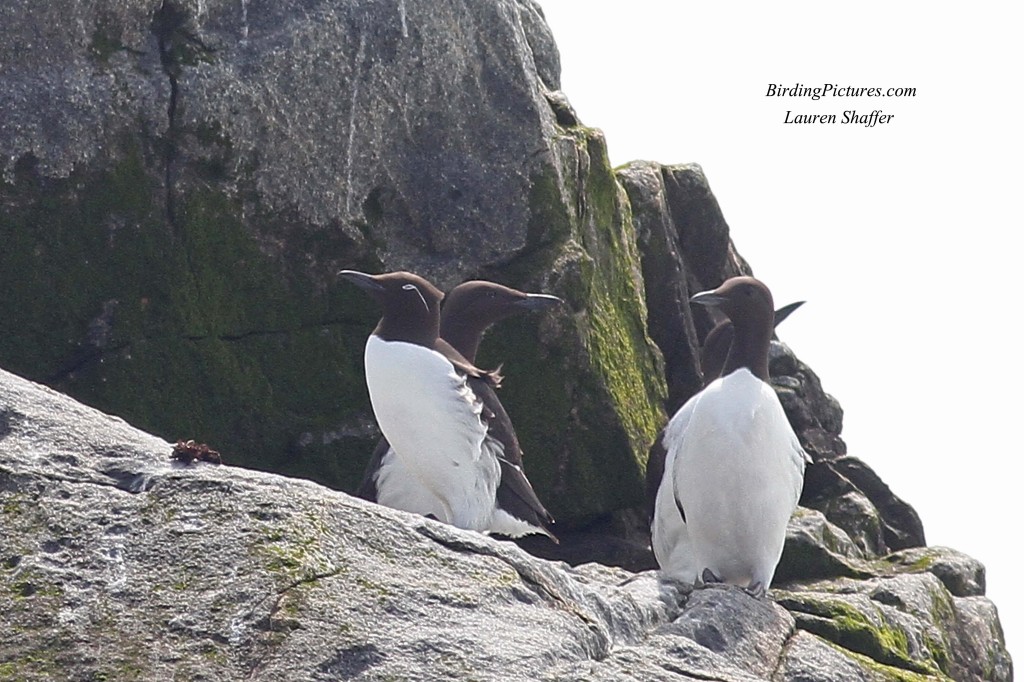 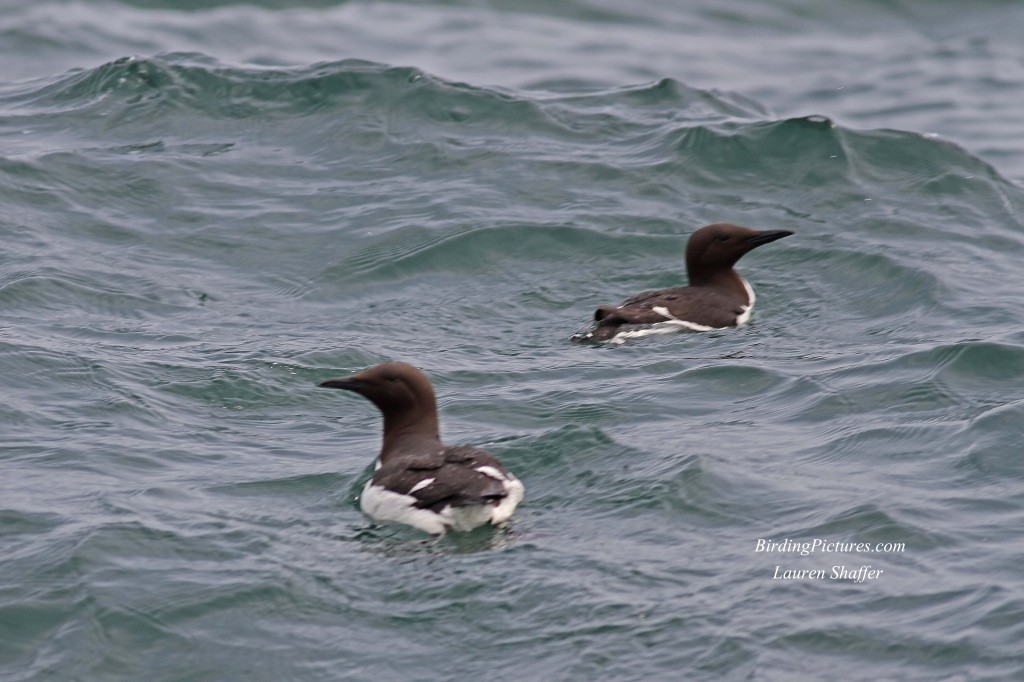 The two photos below show mixed groups of Razorbills and Common Murres. Looking at the beaks and the shape of the head, it is easy to determine which species is which. Several of the Murres are bridled or ringed in these photos. 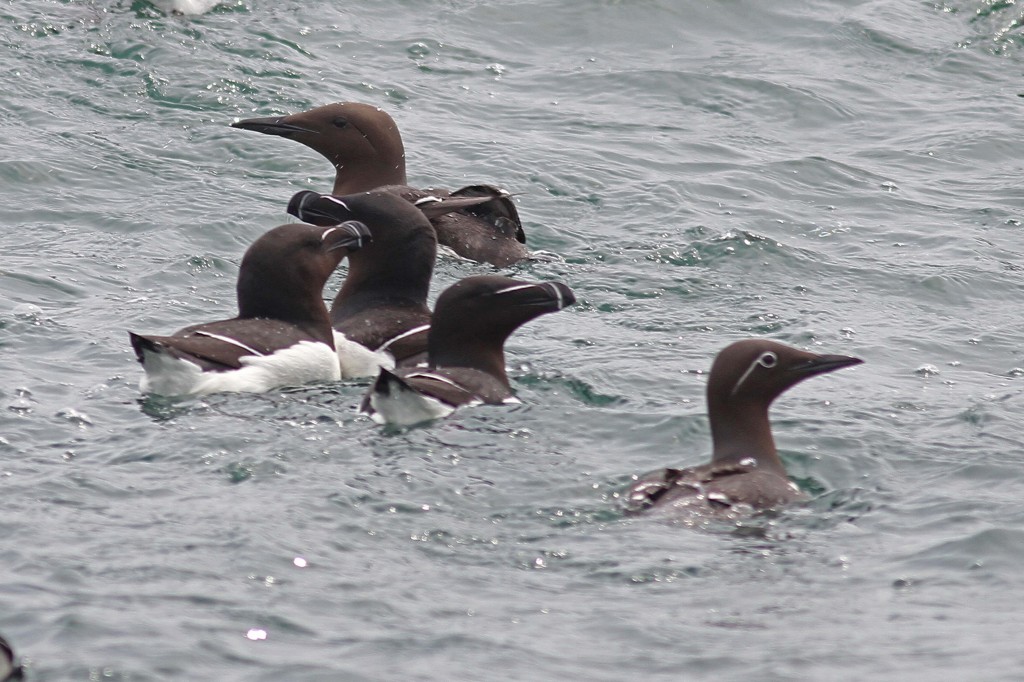 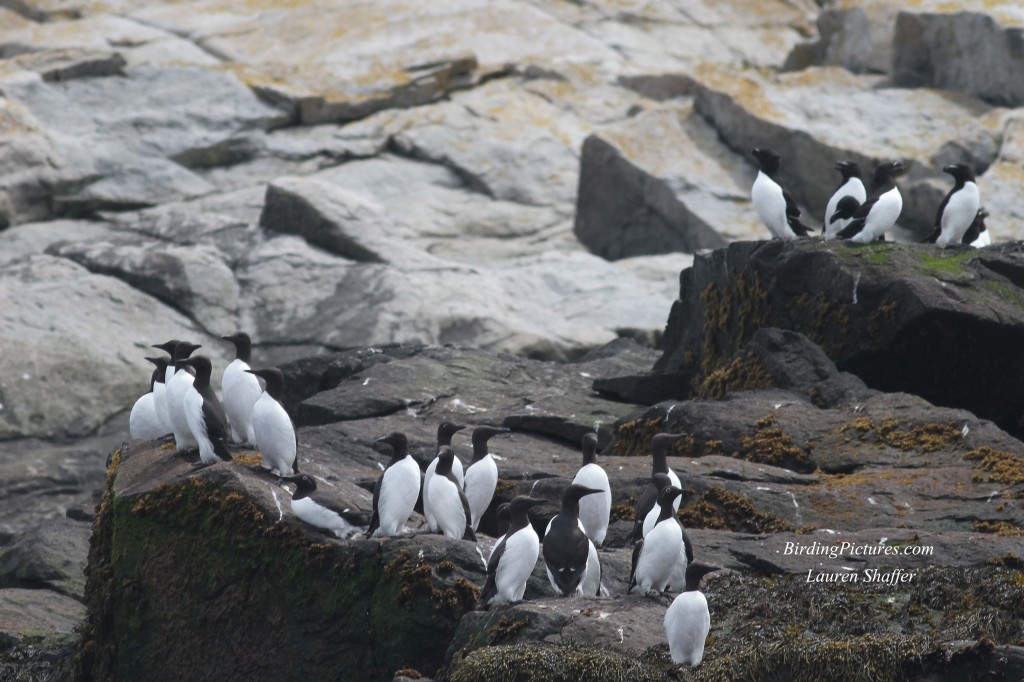