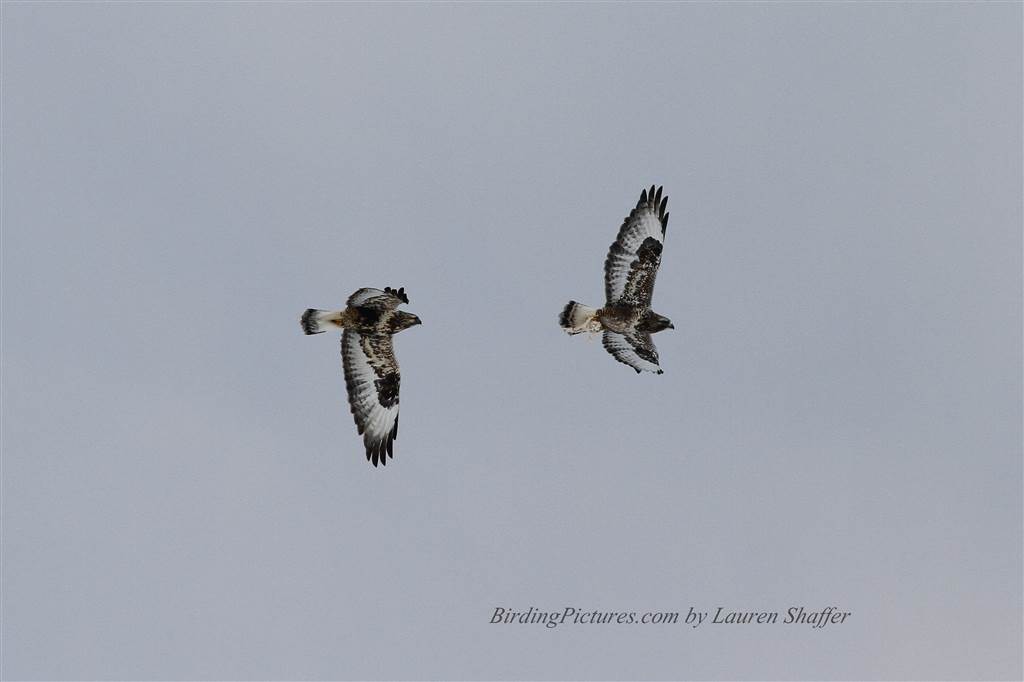 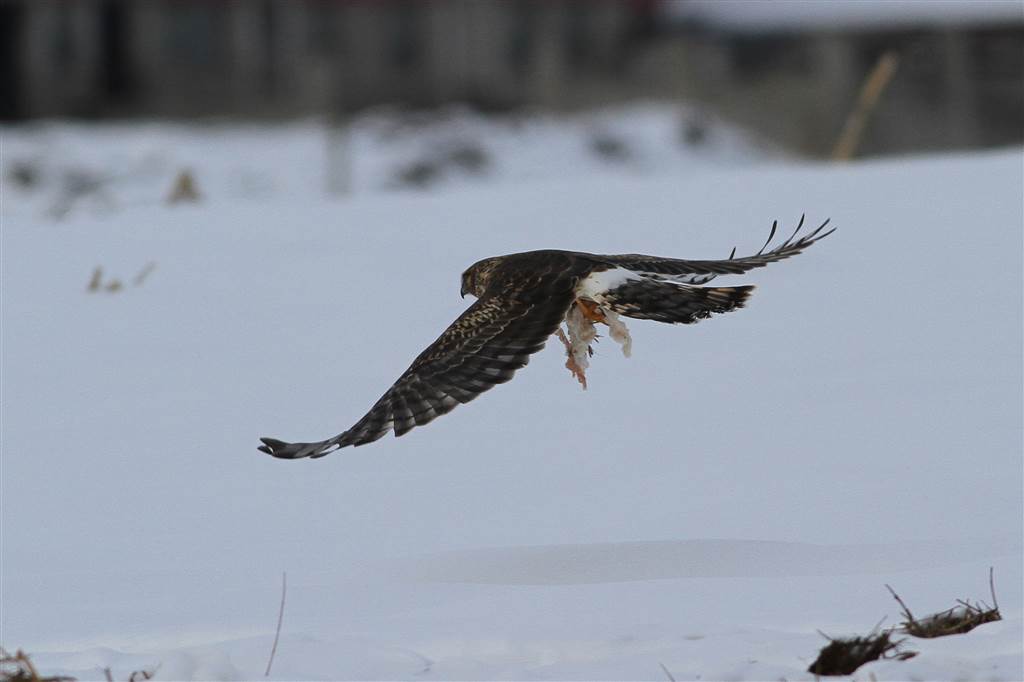 The Rough-legged Hawk is a buteo like the Red-tailed Hawk, but is a little larger. It has both a light and a dark morph, with much variability. The hawks pictured here are all light morph. They have dark “wrist” patches on the wings, and a dark belly. A U-shaped lighter area separates the dark belly from the breast, which you can see below. A dark morph has a completely dark body underneath, including the upper tail. When seen roosting, they appear completely dark.  These big buteos nest in the Arctic and come South for the winter. They prefer wide-open spaces similar to their breeding grounds and often winter in agricultural lands like ours in Central Pa.

On a tip from a friend, I had planned to scope out a new manure spread behind the barn of a local farmer, in the hopes of finding Horned Larks, Snow Buntings and Lapland Longspurs. As I came around the back of the barn a Northern Harrier lifted off the ground with something in its talons. It left with its prize, and I concentrated on the birds on the ground. After finding a Longspur among the larks and snow buntings, I saw one Harrier after another coming close, between me and the barn. Fun for a photographer!  Then, surprisingly, along came two Rough-legged Hawks which normally won’t let anyone come closer than a half-mile away, even in a car!  I started clicking away at the close hawks, when a third one joined in. The Hawk Mountain website’s page on Rough-legged Hawks mentions that they will pirate food from Harriers. At the time, I had no idea why there were three Rough-leggeds in front of me, but later recognized the food of the hawk in the photos as the same previously taken by the Harrier. If Rough-legged Hawks will steal from Harriers, I suppose they will also steal from each other! One of the hawks quickly gave up, and the remaining two took their food fight out of sight. That was an amazing experience! 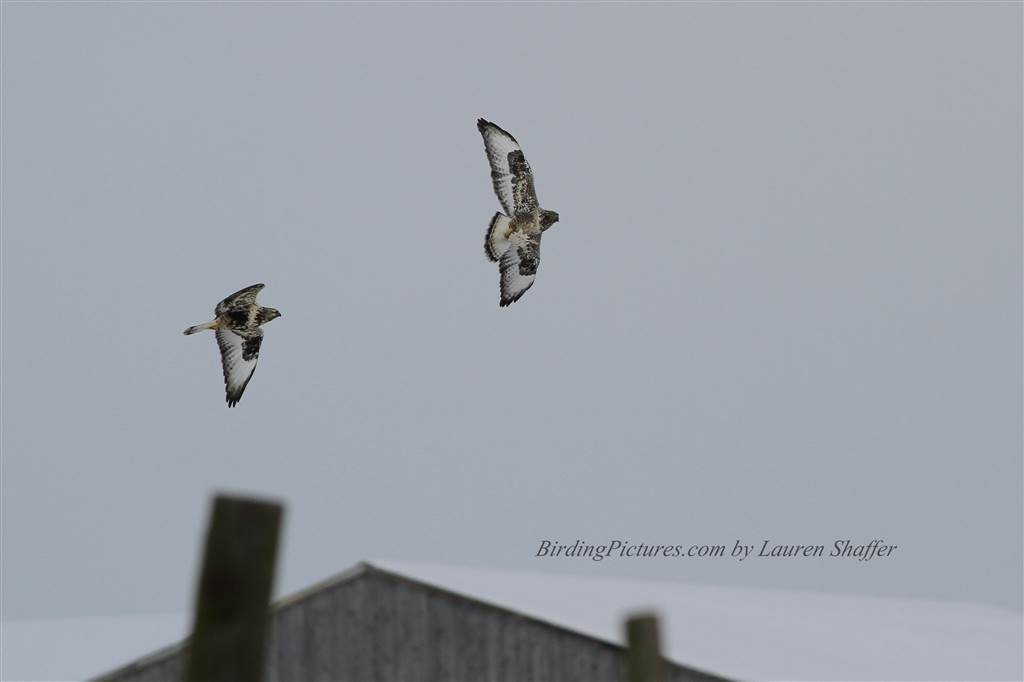 This is interesting. Two Rough-legged Hawks in the same shot!

What is he carrying? That looks just like the food that the Harrier had. He must have stolen it! 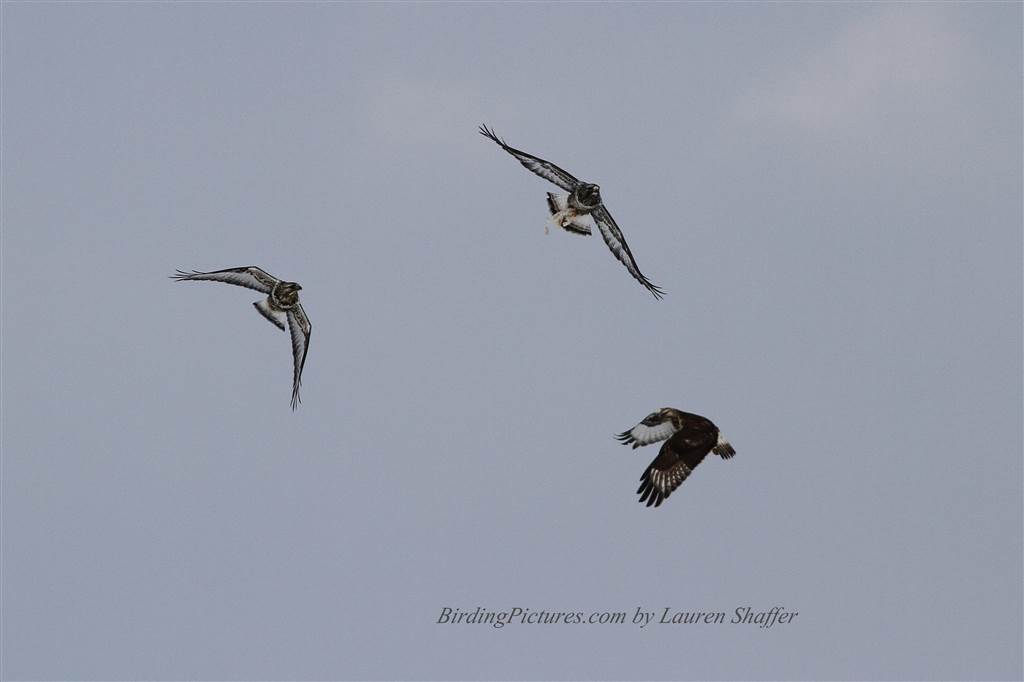 Then there were three!! 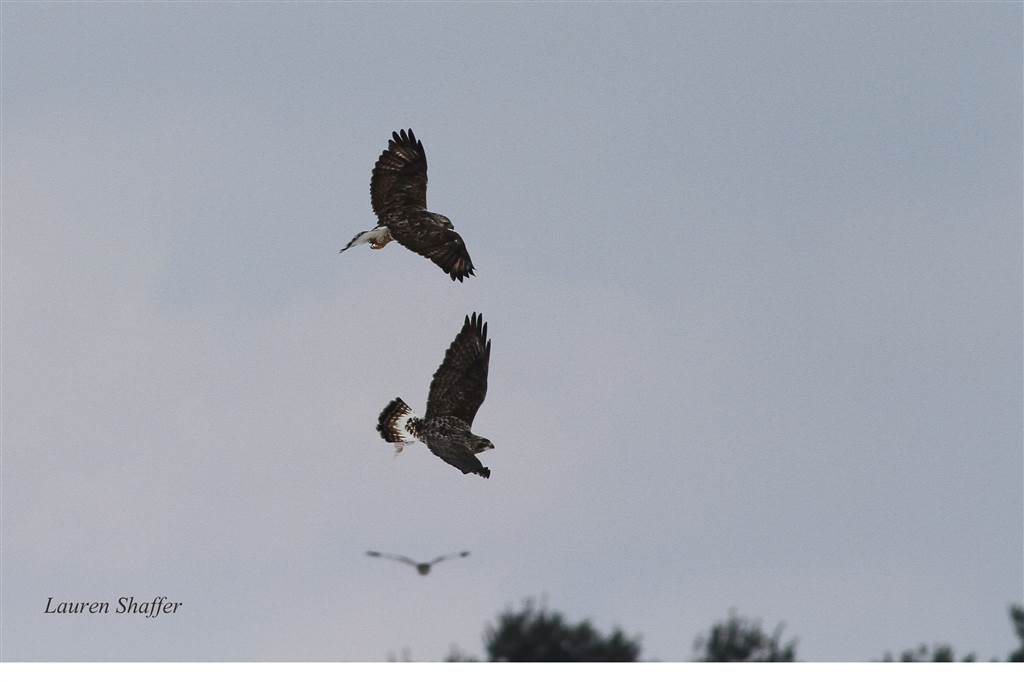 One Rough-legged Hawk has had enough and leaves 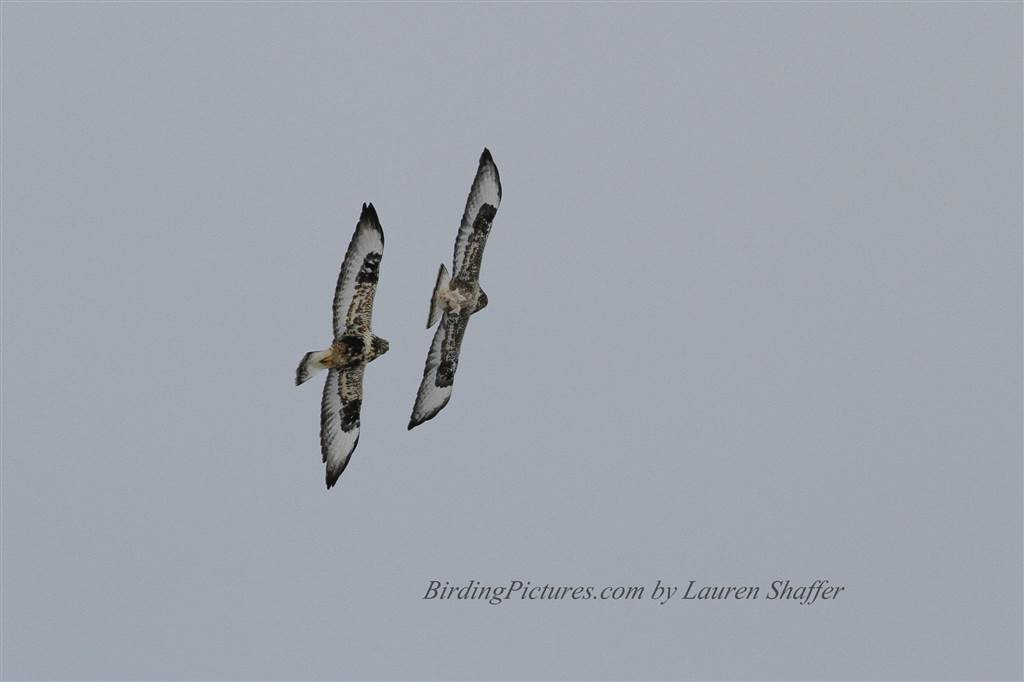 The food fight gets more intense

The fight continues out of sight. Amazing!!

Leave a Reply to Alex Lamoreaux ×