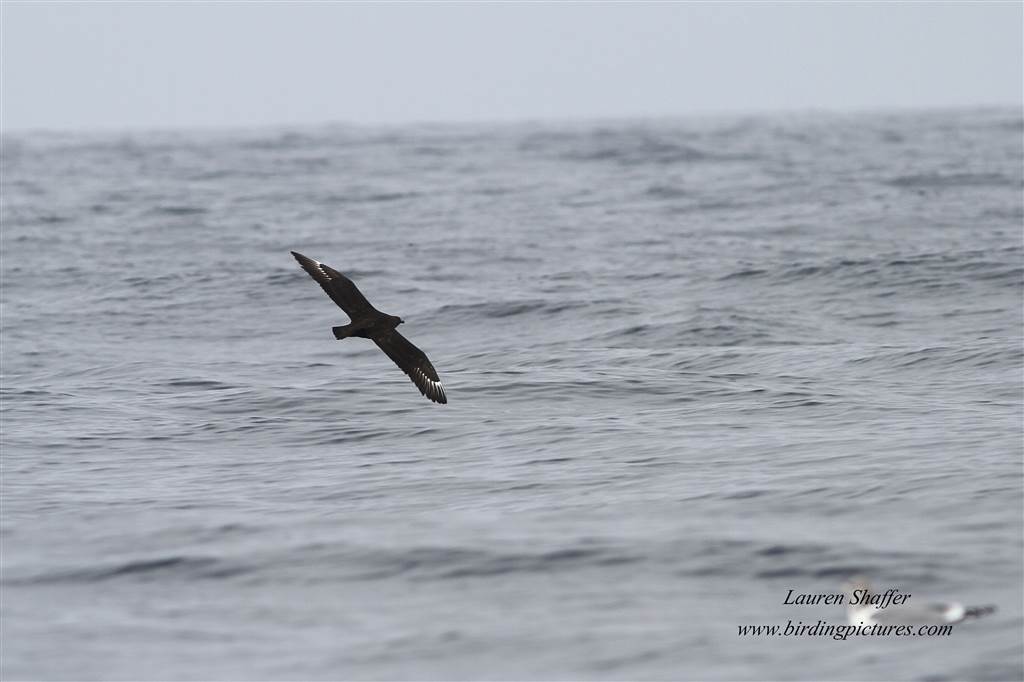 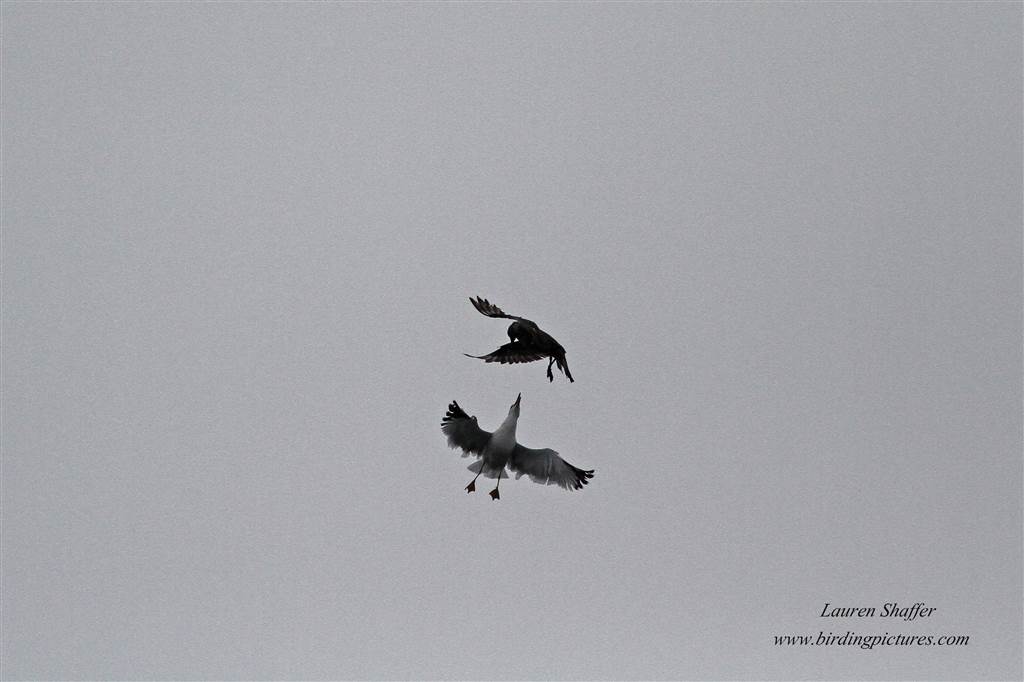 Parasitic or Pomarine Jaeger tackling a gull for its food

Screaming gulls and other seabirds followed our boat to compete for the frozen squid that we were chumming.  Popcorn was also thrown over in handfuls, and a slow stream of fish oil was released into the water by a string hanging from a plastic container.  We were warned multiple times not to lean up against the jug lest the smelly oil would spill over us or the boat.   Gulls and Shearwaters weren’t the only birds attracted to the offerings of our boat.   A few Jaegers also showed up, but not to catch their own food.  Jaegers are able to catch rodents and small birds for food, but more often, they are pirates, harassing sometimes larger gulls and terns in order to rob them of their catches.  I’ll leave the identification of this dark species, either Parasitic or Pomarine Jaeger, to the experts!  Differences are very subtle.  They are in the same family as the Skuas.  It was great fun to capture this aerial fight behind the boat. 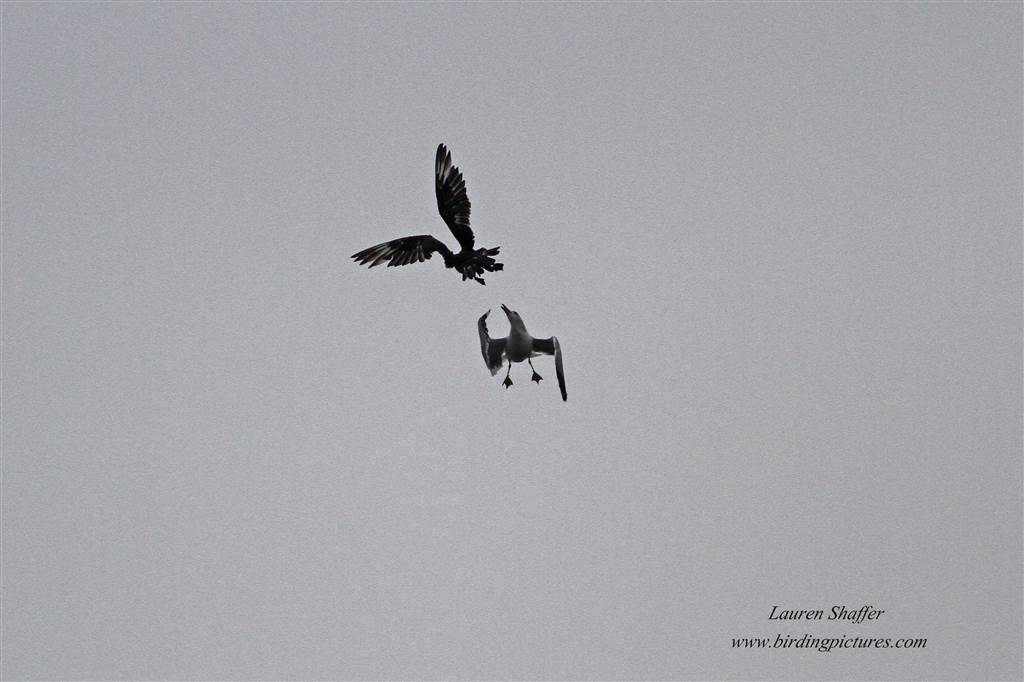 Parasitic or Pomarine Jaeger tackling a gull for its food.  Don’t you just love the position of the gull’s wings?! 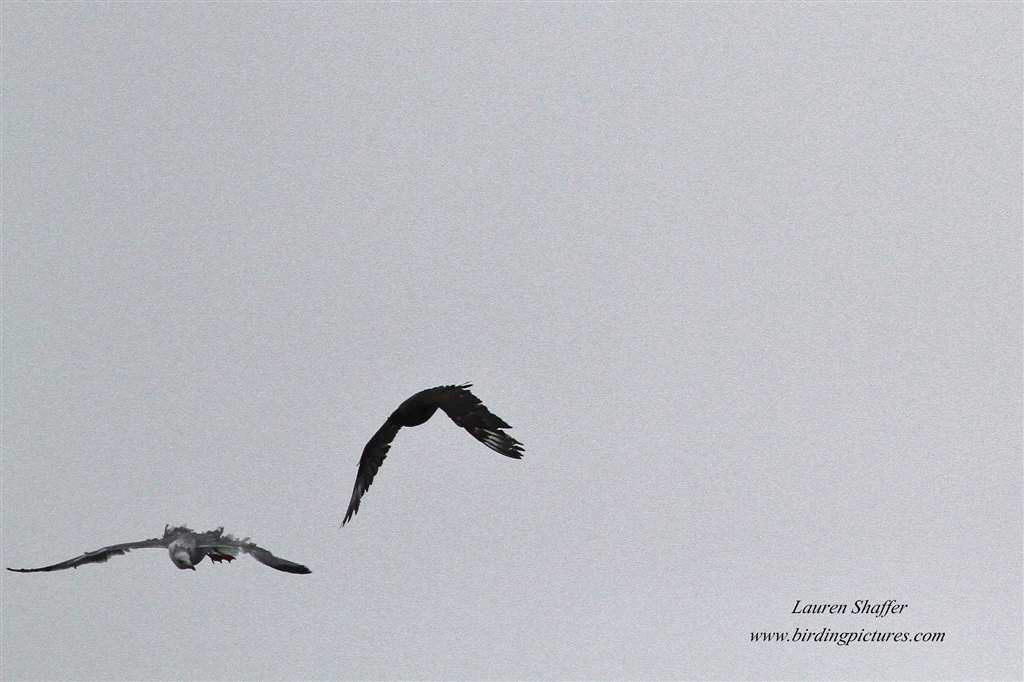 The gull looks like it’s taken the brunt of the fight!

Be sure to see previous posts, Parts 1 and 2.  If you are interested in booking a pelagic trip with Shearwater Journeys, check out their website.  For Debi Shearwater’s blog and trip reports on this  trip (Oct. 13, 2013) and others, click here.