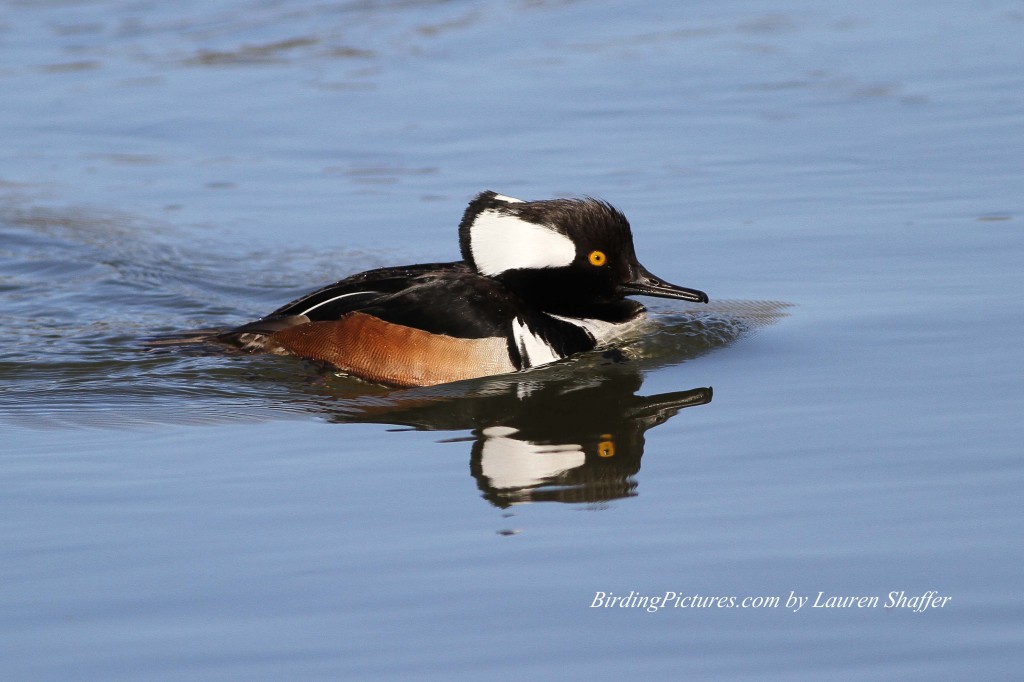 Hooded Mergansers are my all-time favorite duck, and always a thrill to see during migration for ducks and geese in March.  Such a dapper little duck in a tux, and a real attitude to go with it!  Allaboutbirds.org describes them briefly as follows:

“Hooded” is something of an understatement for this extravagantly crested little duck. Adult males are a sight to behold, with sharp black-and-white patterns set off by chestnut flanks. Females get their own distinctive elegance from their cinnamon crest. Hooded Mergansers are fairly common on small ponds and rivers, where they dive for fish, crayfish, and other food, seizing it in their thin, serrated bills. They nest in tree cavities; the ducklings depart with a bold leap to the forest floor when only one day old.

When the crest is fully raised, it reminds me of a lollypop because of  its round disk-shaped head. When relaxed and not showing off for the dull brown female, the crest deflates with a white elongated splotch bordered in black.  With its yellow eyes, long serrated bill, rufous sides, and racing stripes, the Hooded Merganser is a real eye-catcher!

Using my car as a bird blind right next to the river, I was able to get some fairly close shots of these beautiful, but shy, diving ducks.  They stayed close to shore, bringing up small fish and large crayfish from the river bottom, dipping their prey back into the water, rinsing off muddy debris, and repositioning  their catch so that it would slide down easier.

I watched as the river current took them down stream while they tried to hug the bank, looking for more goodies under the water.  They would let the current take them only so far, and then fly back up to their starting point just above where I sat waiting.  Redheads, Wood ducks, Common and Red-breasted Mergansers were their companions, but the Hooded Mergansers stole the show! 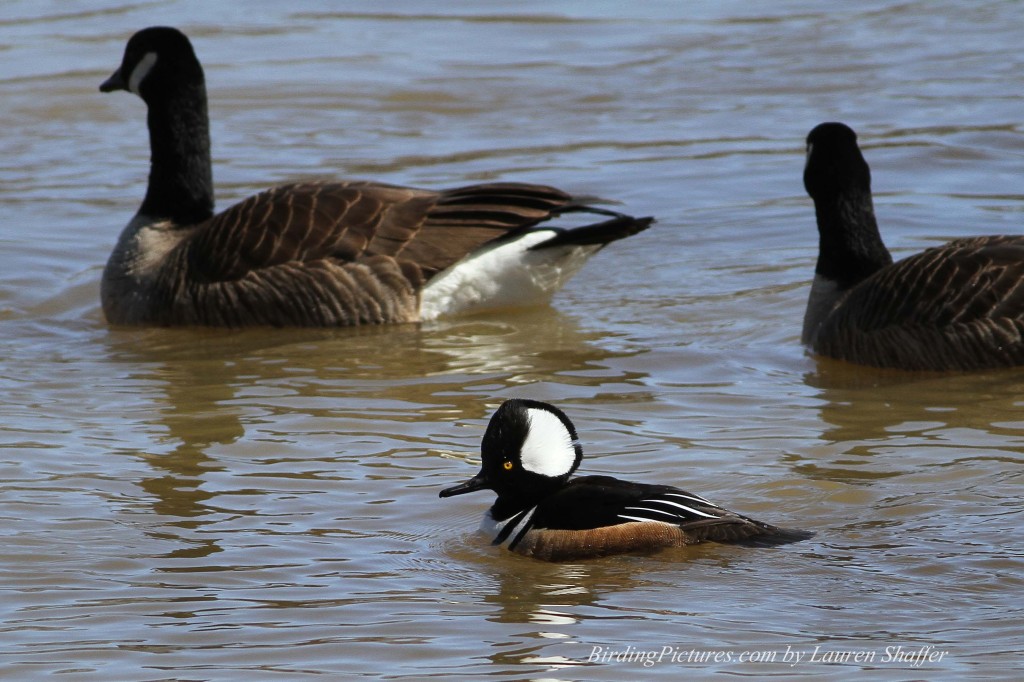 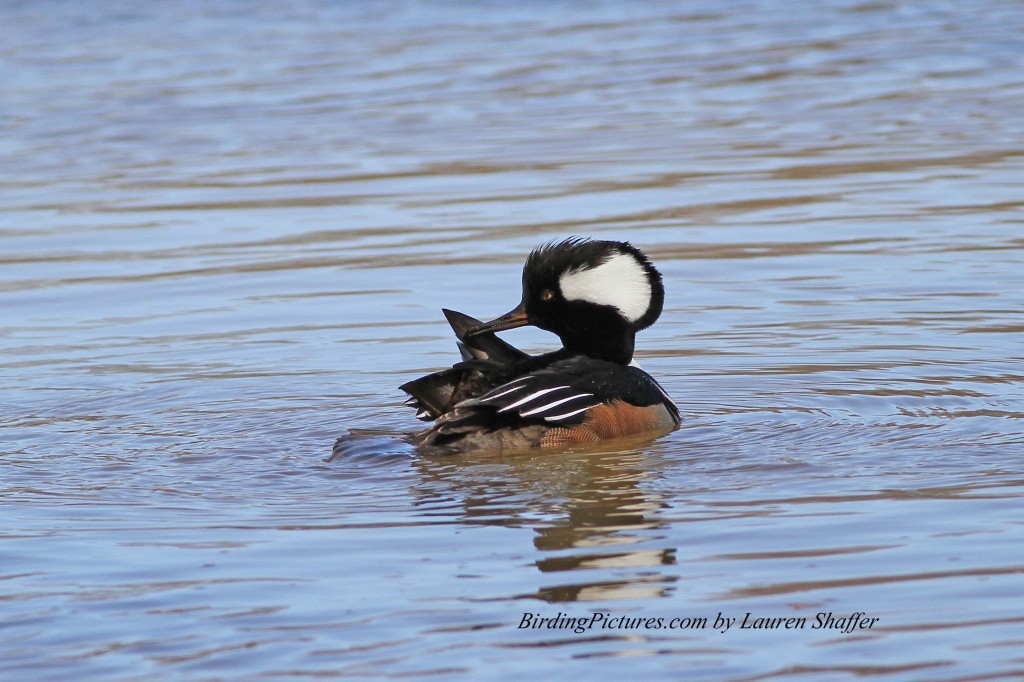 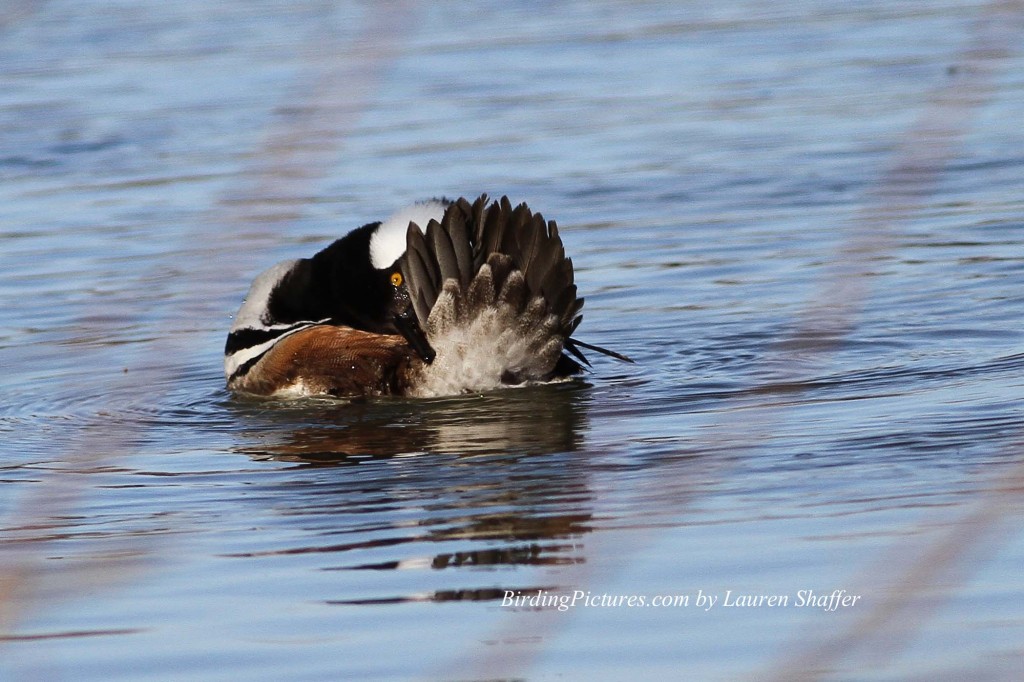 More preening, with tail feathers up! 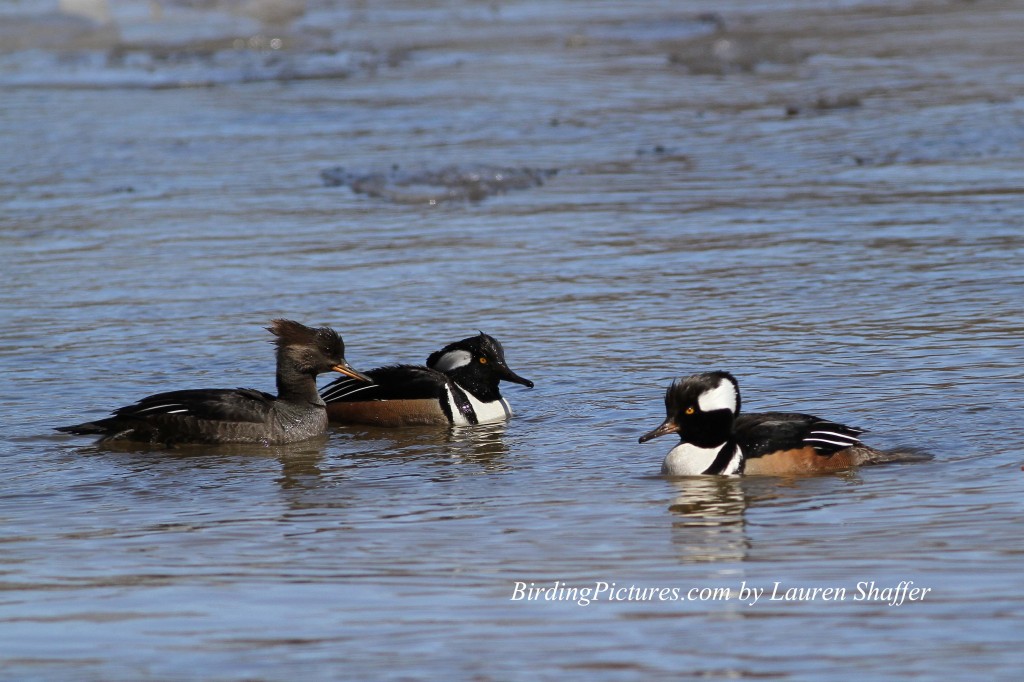 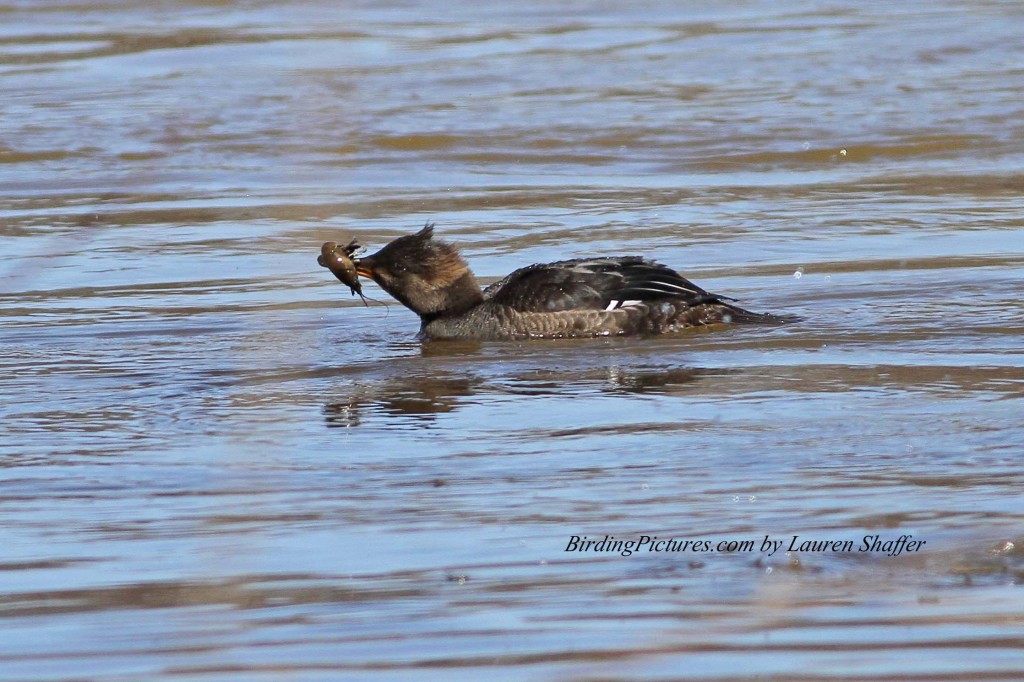 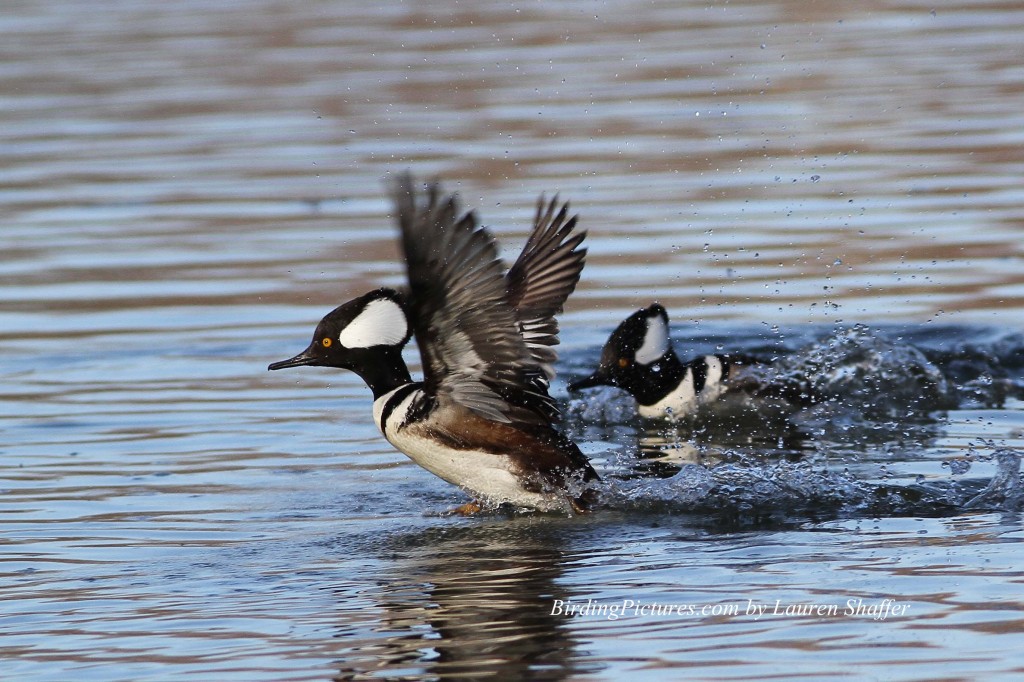