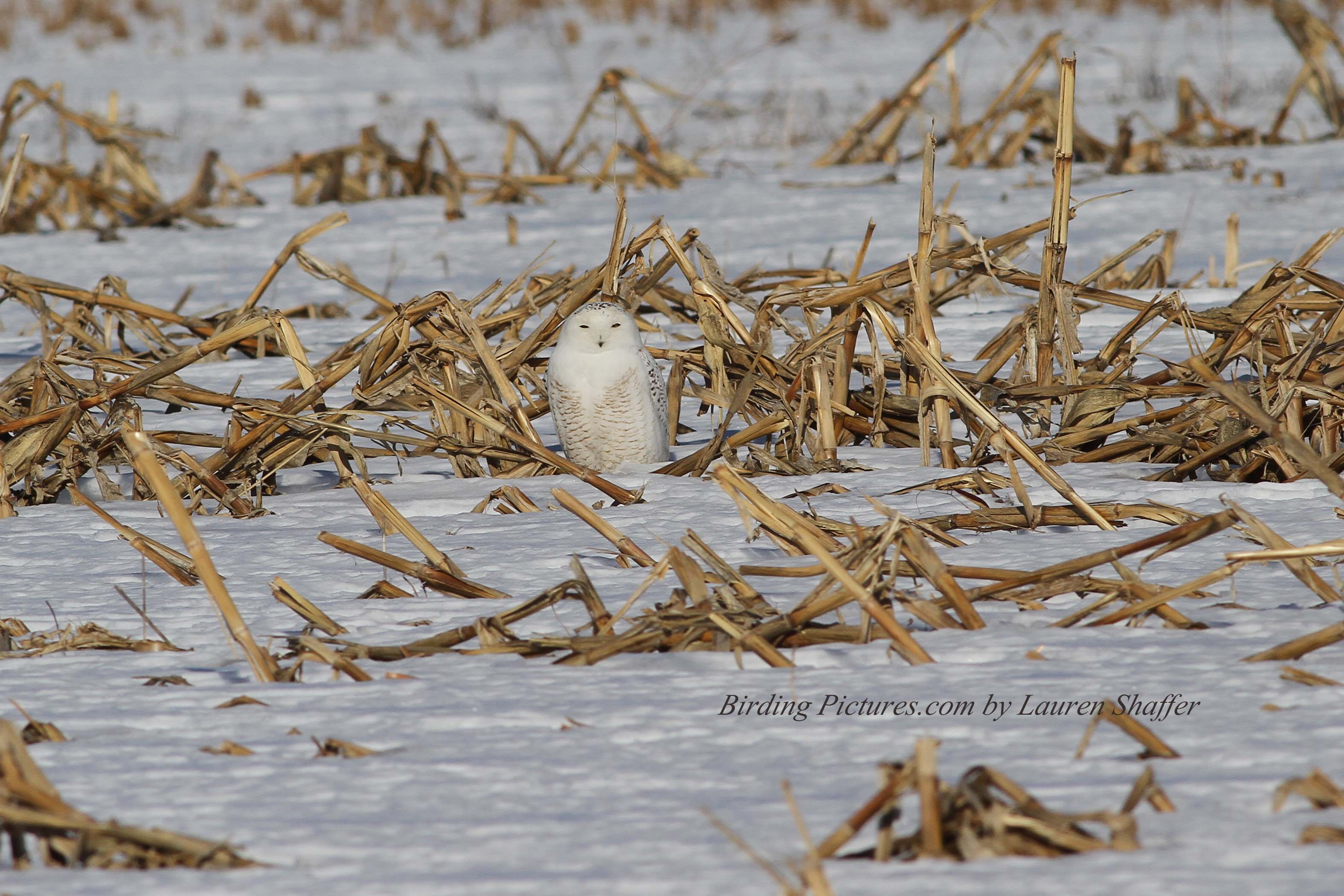 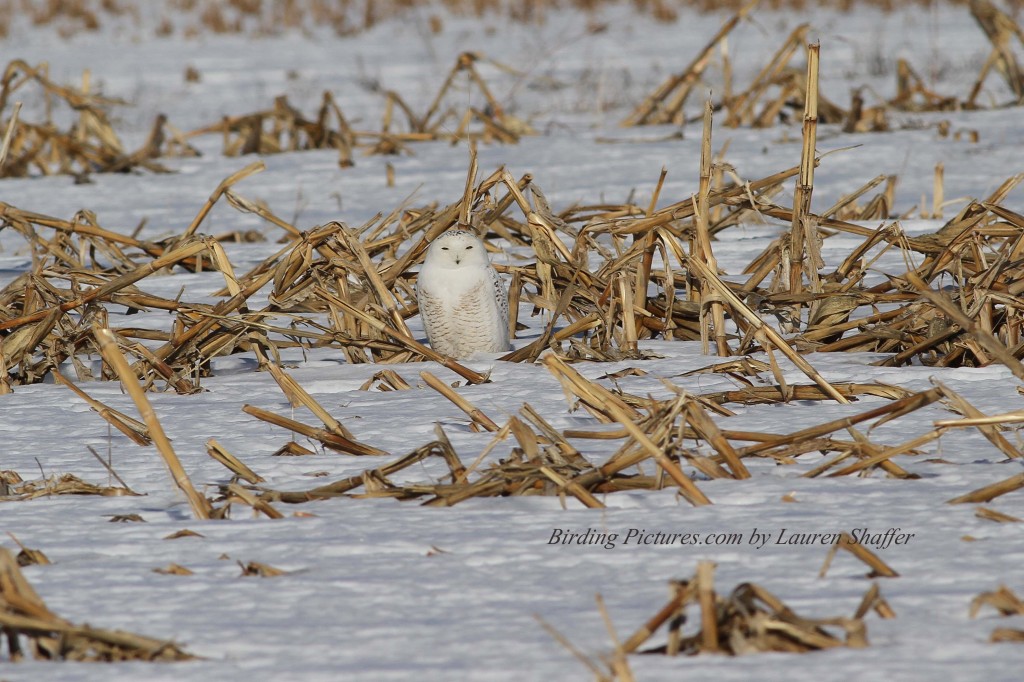 Snowy Owls have been the most exciting thing to happen to our little farming community in years; bringing together curious neighbors, bird clubs, famous ornithologists, photographers, and the Old Order Mennonite farmers with their large families who have been hosting them for more than two months.  At the peak of their appearances, at least 4 or 5 were seen in the same area of Northumberland County, PA, and often 3 different owls at a time. Carloads of people lined the roads in the early evening, scopes were set up and shared, and people were so excited to actually see a Snowy Owl, that some had tears in their eyes.  Introductions and new friends were made with other out-of-town birders and with friendly black-buggy drivers.  What a party!

These hard-working Mennonite farmers welcomed some of us with big cameras to come into their fields and carefully try to get closer for pictures.  Up until a week ago, a worker at one farm would go to the little phone booth at the end of his lane and call me to let me know that there was a Snowy Owl in their field, or in a tree.  Would I like to come and get a picture?  Well, of course, I would!

Several of the owls were banded and one dark owl gave chase to another farm, then took the bait with her and escaped capture.  She was dubbed the Nemesis Owl, to the chagrin of those attempting to band her and hopefully fit her with a transmitter.  The first two Snowy Owls which were captured and banded were males like the one pictured here. Males are smaller than females and they weighed too little to be able to wear the transmitter.  Therefore, all hope was pinned on the dark uncooperative female who refused to be caught.

As Project Snowstorm reports, there has been a big push northward of the Snowy Owls, back towards their homeland.  A few of those with transmitters flew right through our area, and could have been one of those we were seeing this last week.   Saturday, March 22, 2014, was the last any of the Snowy Owls were seen here.  The snow is gone, and so are the Snowies, the lines of cars, the parties on the road with birders and friendly Mennonite farmers. This was a once-in-a-lifetime experience, and one that many of us will never forget! 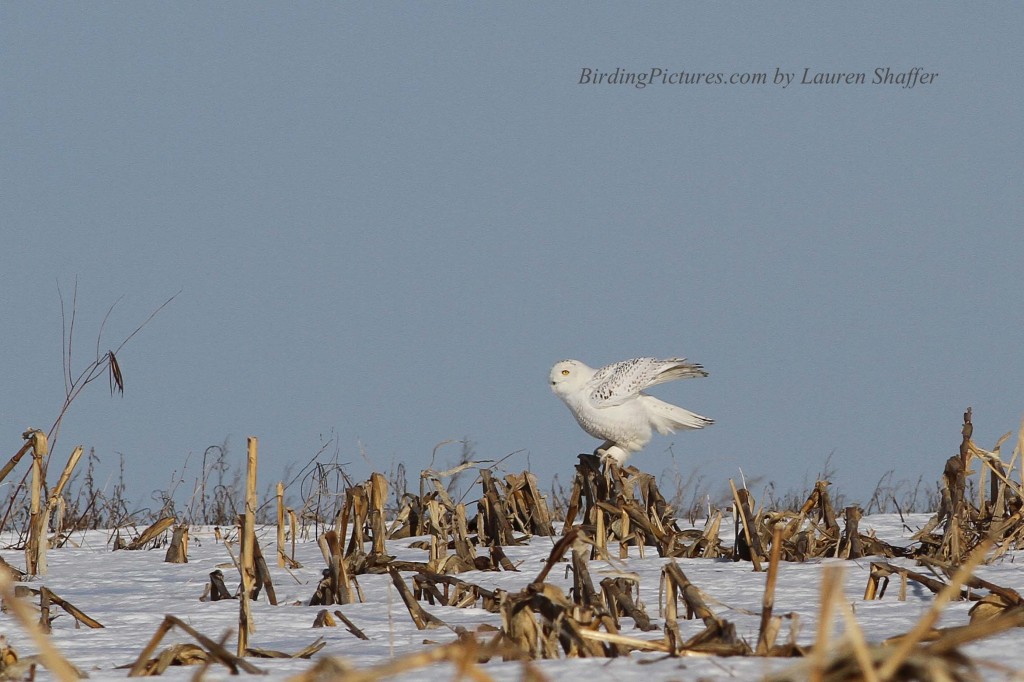 This owl sat in my friend’s tree all day long, dozing and sometimes preening with his eyes closed.  He’s not really waving good-bye here, but scratching his head!  This was the last look for me of our awesome visitors.  Hopefully at least a few will make it back next year!