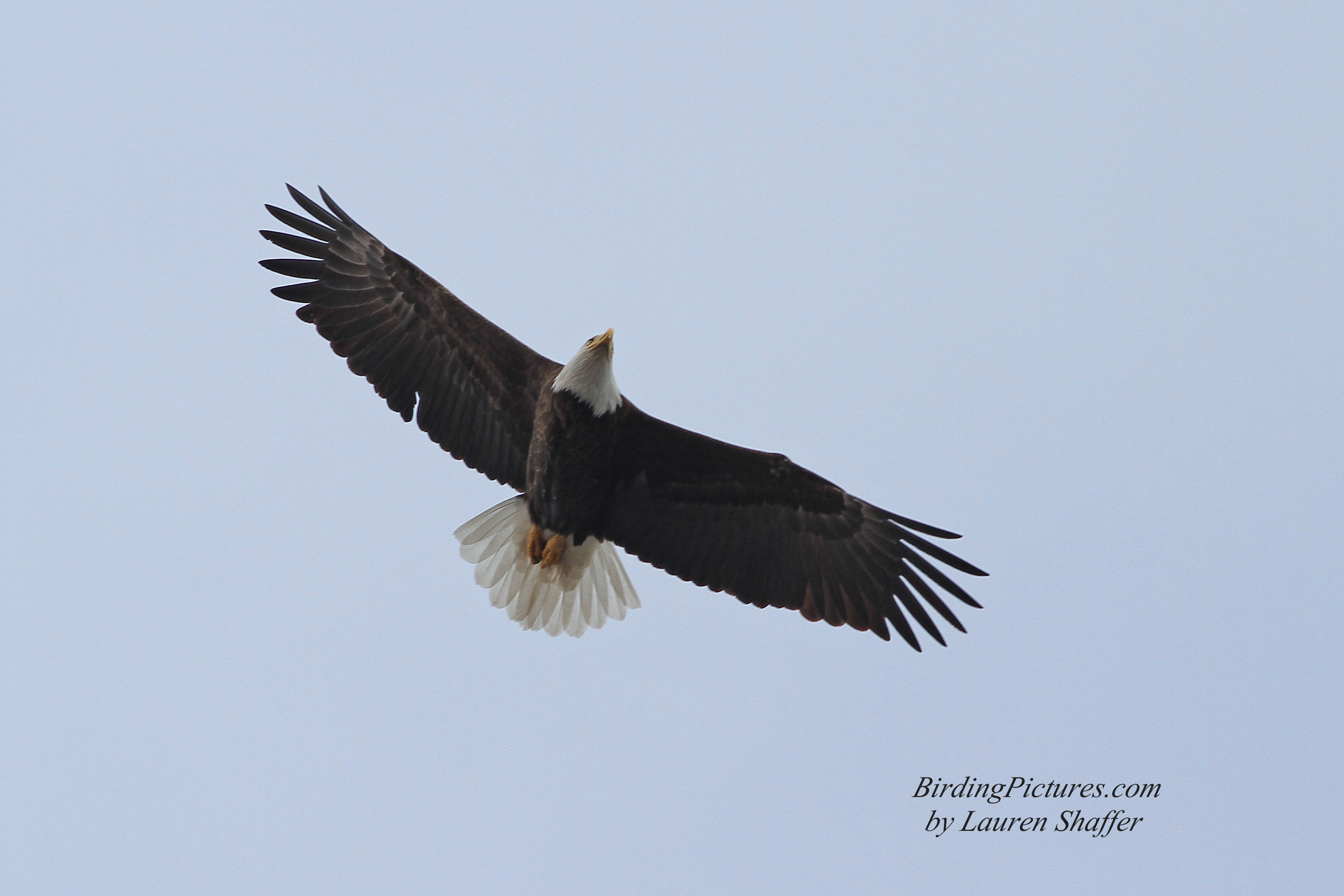 Red-throated Loon, Ross’ Goose, many Red-necked Grebes, White-winged Scoters, various other ducks, as well as thousands of Snow Geese and Canada Geese were spotted by the members of a recent Pennsylvania Society of Ornithology (PSO) field trip.  Because Middle Creek Wildlife Management Area above Lancaster, PA was frozen over, the trip became a Susquehanna river trip for ducks near Harrisburg.  The group visited several places which were thawed out and had a concentration of ducks and Red-necked Grebes.  The grebes showed up this year in great numbers, sometimes 5-9 together, when normally they are not seen at all.  Some were in breeding plumage with a rusty-red neck, large yellow bill, and white cheek patch.  All three Mergansers, Scaup, Ring-necked Ducks, Wood Ducks, American Widgeon, Bufflehead, Common Goldeneye, White-winged Scoter, Mallard, Black Duck, and Horned Grebe were also found on the river. 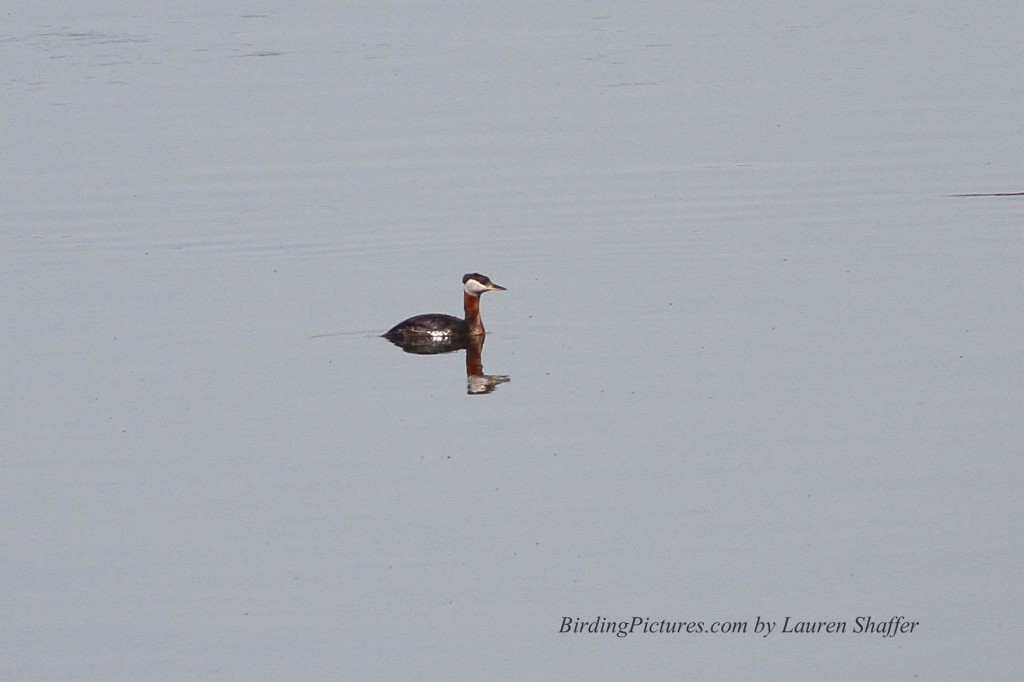 The group took a vote and opted to drive another hour east to Lancaster in order to see some rare birds which were reported on eBird.org to be on a small lake in a condominium development.  When we arrived, we were struck by the numbers of Snow Geese that were sitting on the water, with one Red-throated Loon looking lost among them.  The loon was a life bird for many of us, and was in non-breeding plumage.  It was smaller than the Common Loon and had a white face and neck, except for a black strip up the back.  There were also speckles on its back and a thinner bill than the Common Loon.

Because loons need a lot of surface area to get up into the air, we wondered if it would have trouble leaving the pond.  Sometimes a loon is found in a wet parking lot after mistaking it for water.  It needs to be relocated to a river or large lake in order for it to be able to launch itself into the air. 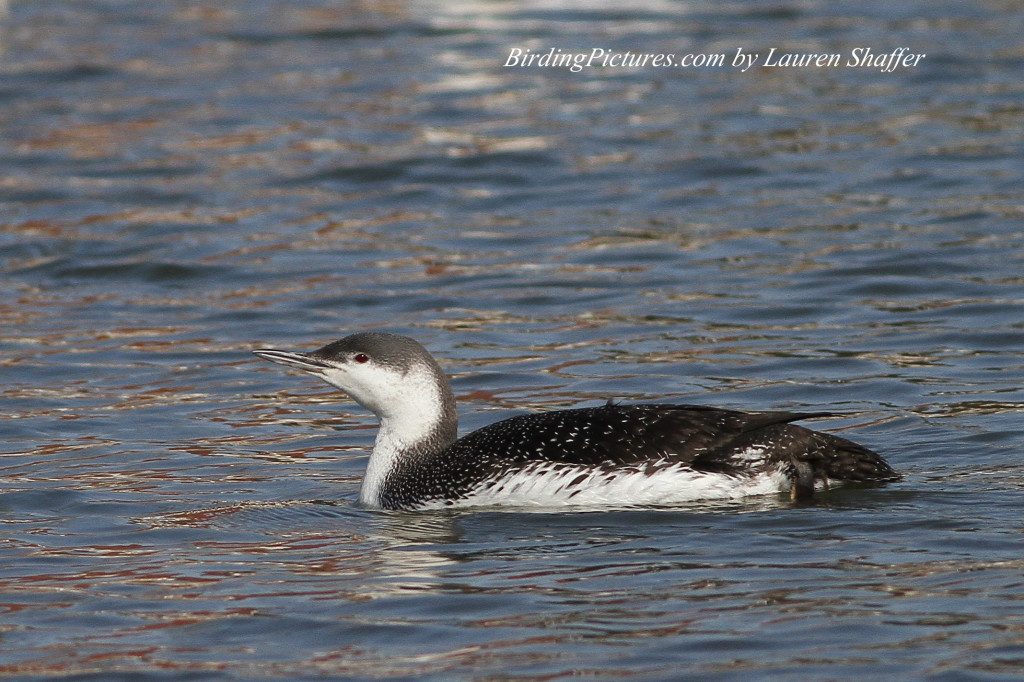 Finding a Ross’s Goose amidst an estimated fifteen hundred Snow Geese was like looking for a needle in a hay stack, but the group lined up with spotting scopes and did their best to locate the diminutive white goose with the tiny bill and round head.  It was finally found at the back of the pond, and those in the know were describing to others every move that the goose made so others could locate it.  “It’s stepping up onto the grass,  Now it’s to the left of the post.  It’s looking to the right now.  It’s picking something off of the grass, etc.”  “Yes, I see it!  Much smaller than the Snowies and it has a very small bill!”  It’s always exciting to find a life bird, and although Ross’s Goose was much harder to identify than the Loon, it was more gratifying to be able to identify it. 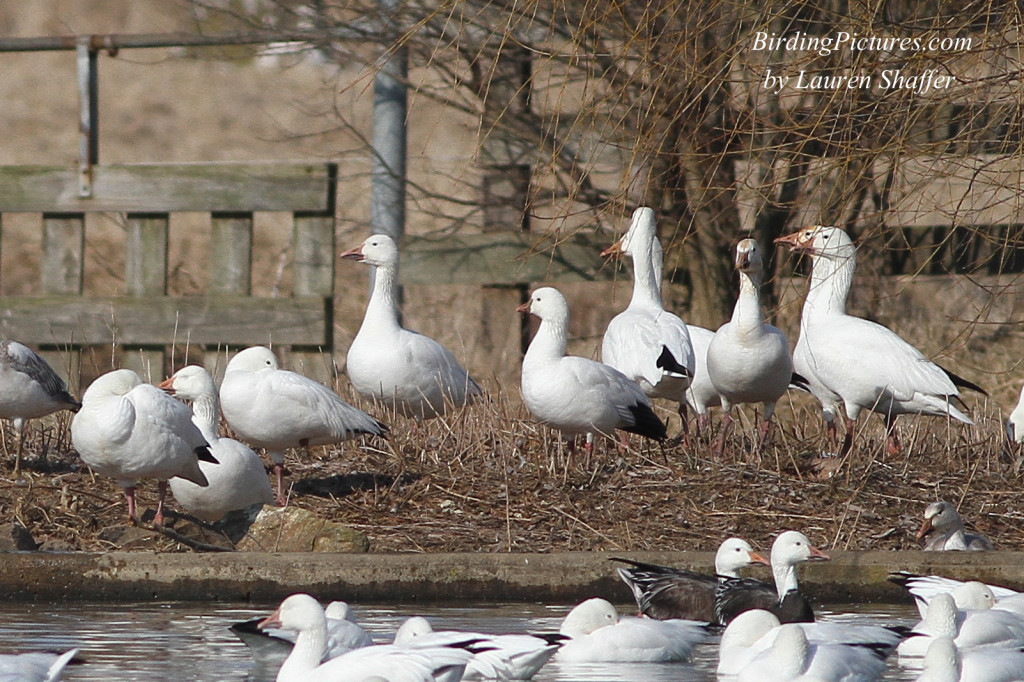 Ross’s Goose is the smaller goose with the tiny bill. 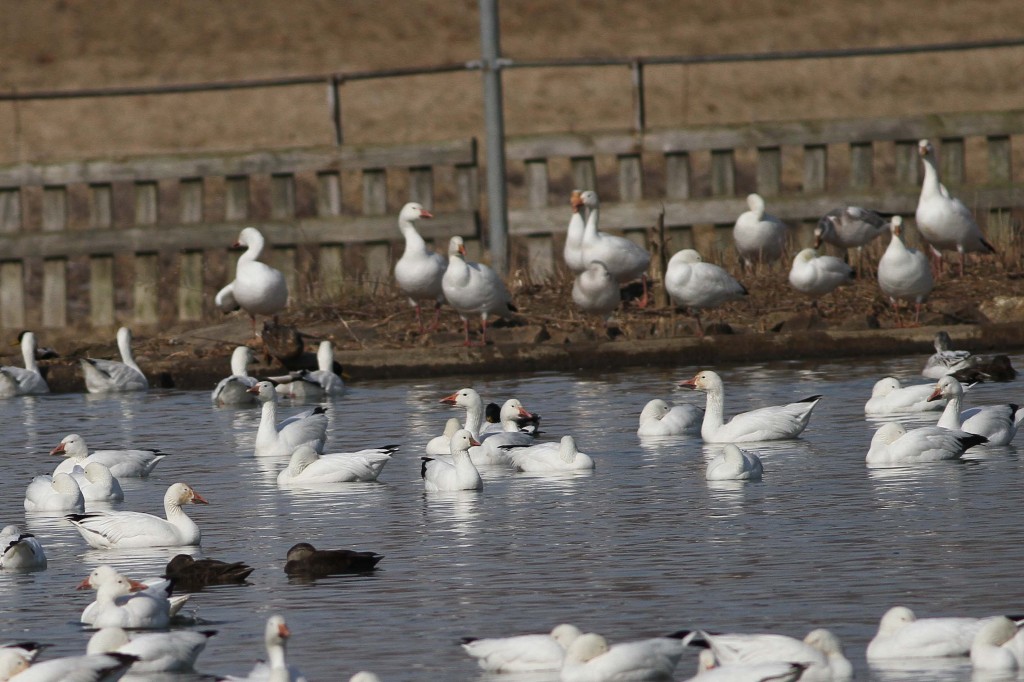 Can you spot the Ross’s Goose behind the Black Ducks? Look for the small size, round head, and tiny bill.

Snow Geese have two color morphs, a white morph which is mostly seen in migration in Pennsylvania, and a dark morph where the body is mostly dark gray and the head is white.  This morph was formerly called Blue Goose and was thought to be a separate species.  A few of these were seen mixed in with the all-white Snow Geese.  When flying they both have white wings with almost black wing tips.  Snow Geese also have a large “grin patch,” unlike the Ross’s Goose. 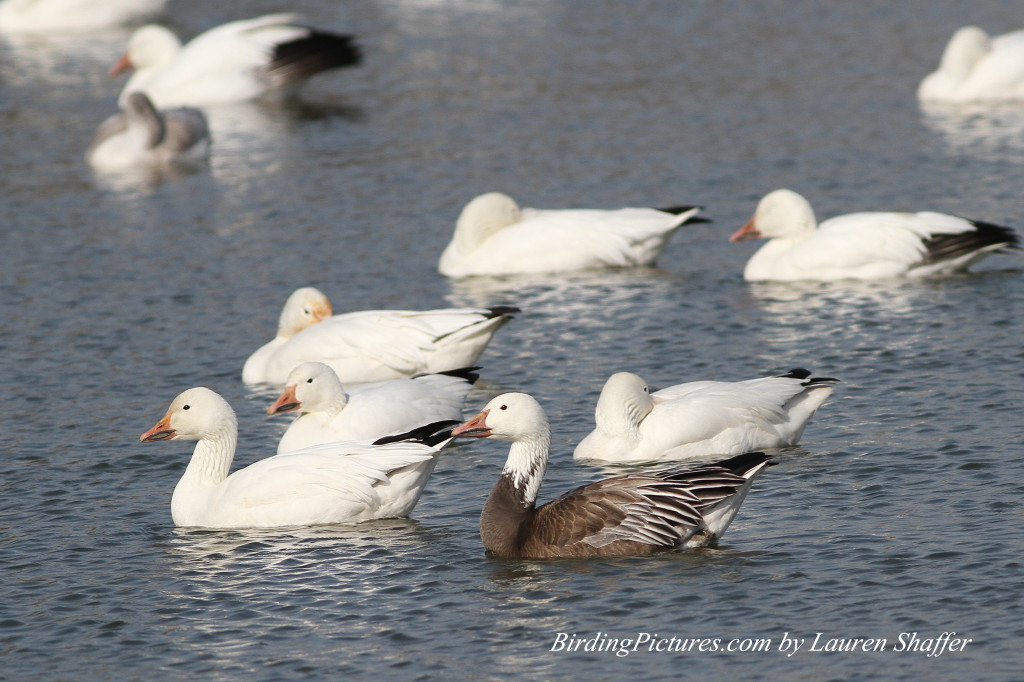 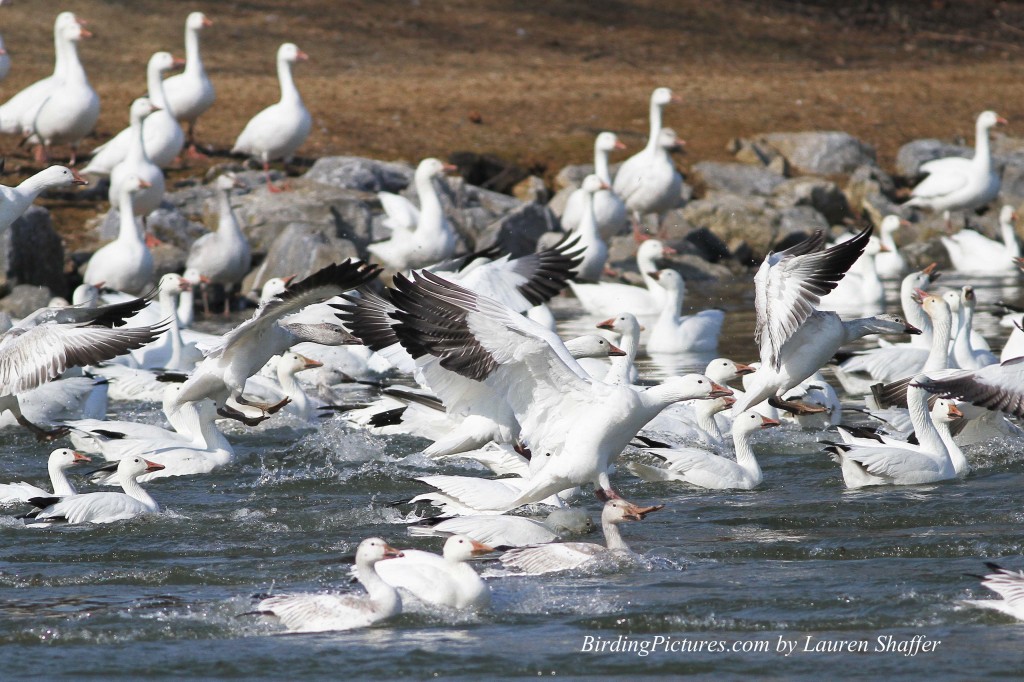 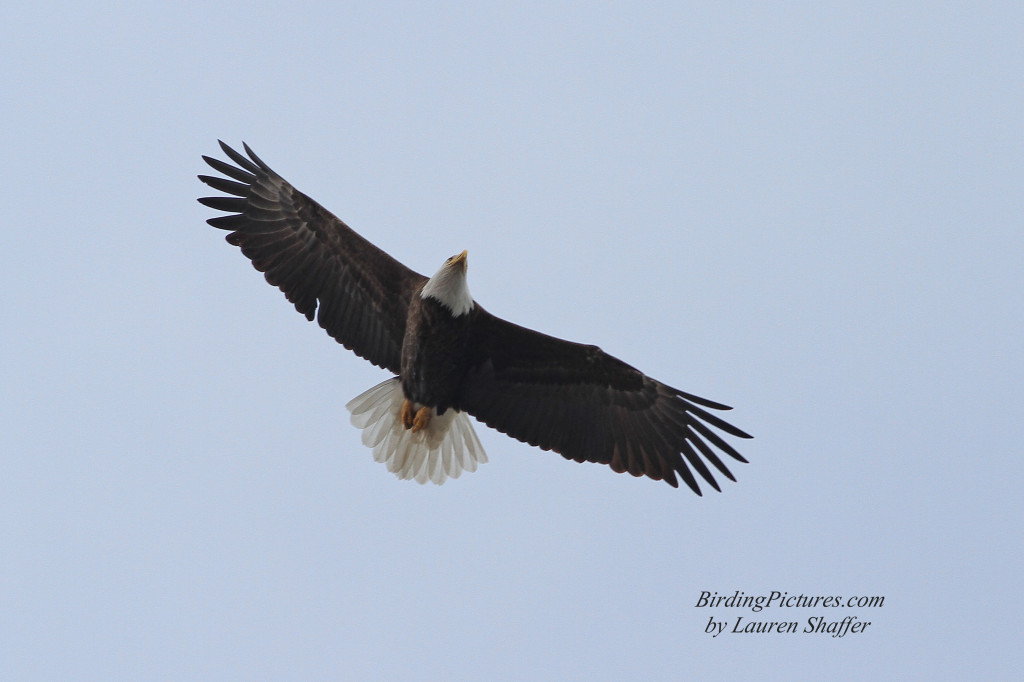