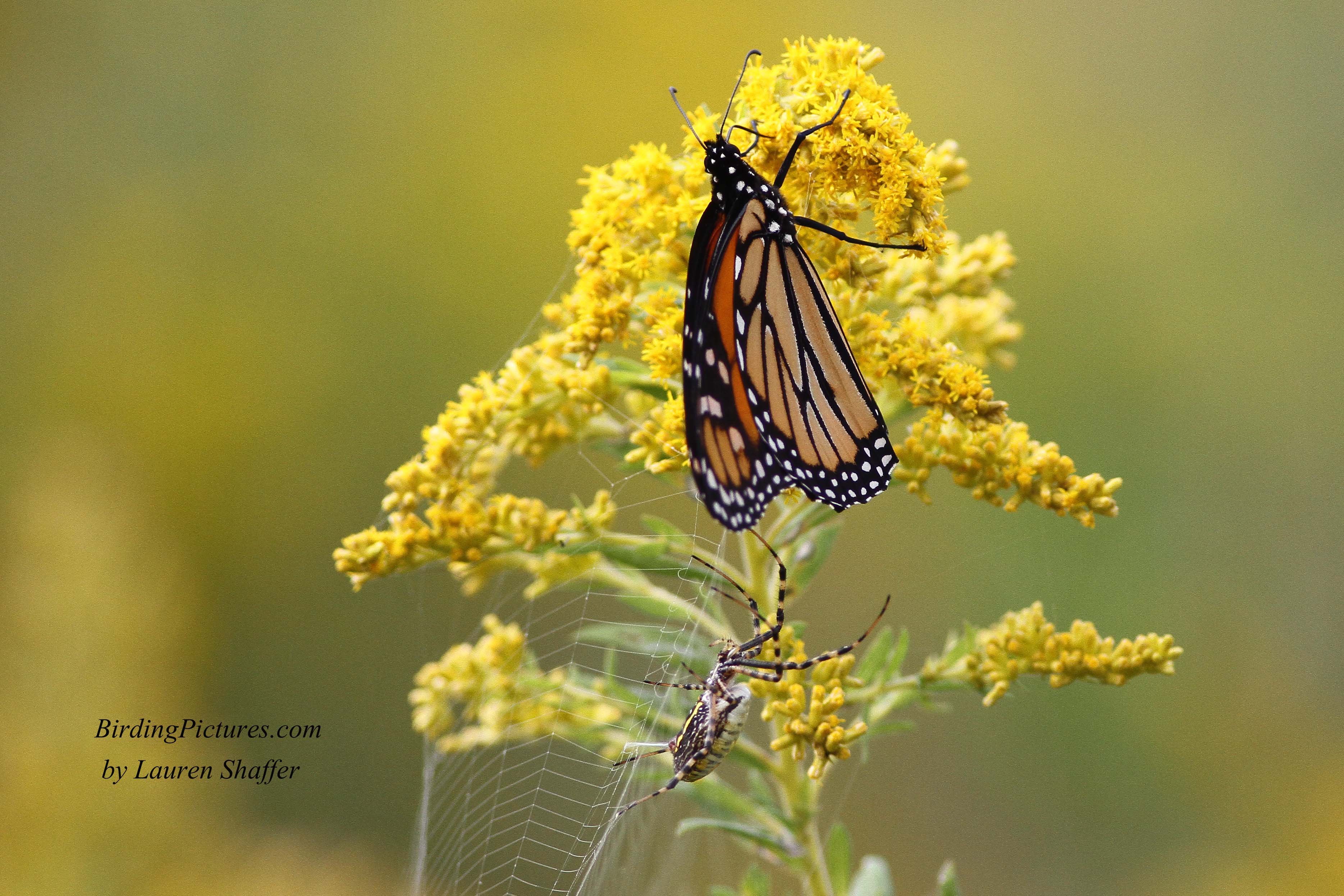 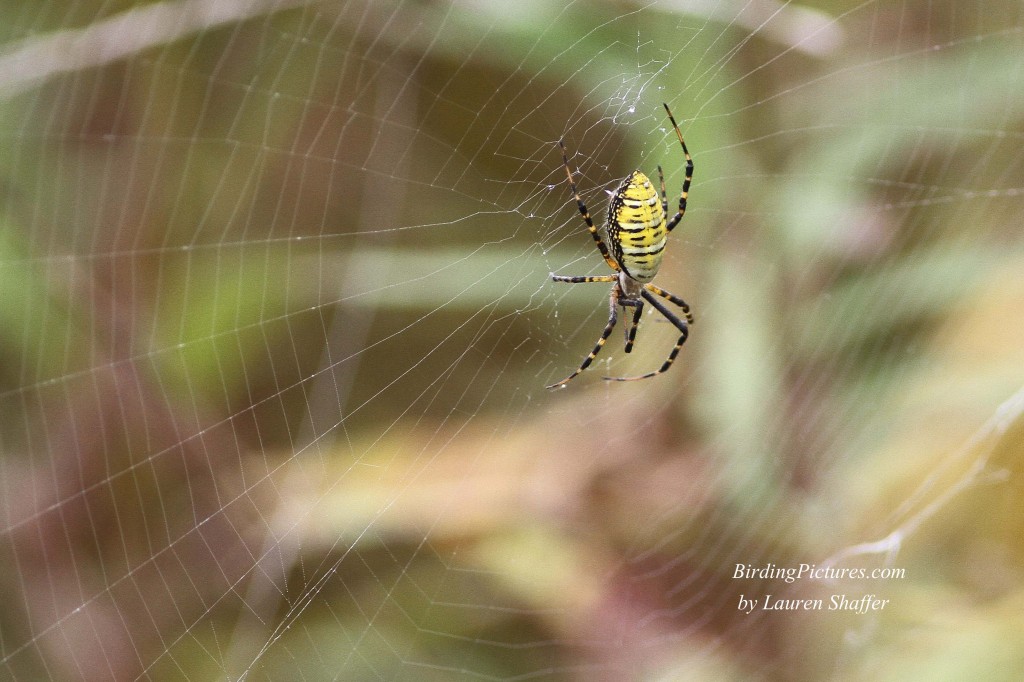 Garden Spiders are impressive with their large size, and bright markings.  They belong to the orb weaver family, and are known to build webs as wide as several feet, only to take them down and rebuild again the next day. They will spin a heavy zig-zag in the middle of the web.  For whatever reason this is done, it gives warning to any bird flying by to stay clear and prevents damage to the web.

I remember as kids, going out to the field with our jars, to catch the huge yellow and black Garden Spiders we found in the weeds.  We would throw grasshoppers into their webs and watch them run up to their prey, and begin to spin them around.  They would encircle them with a thick ribbon of spider silk that was impossible to free themselves from, as hard as they tried.  This was accomplished in just seconds, and the poor grasshopper never knew what hit it! 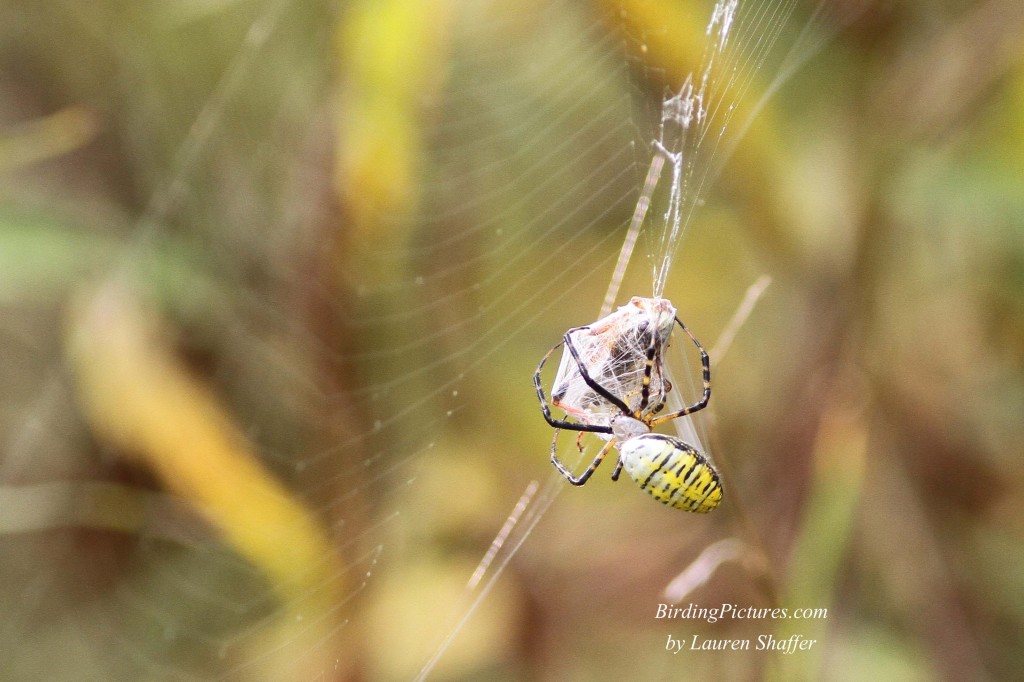 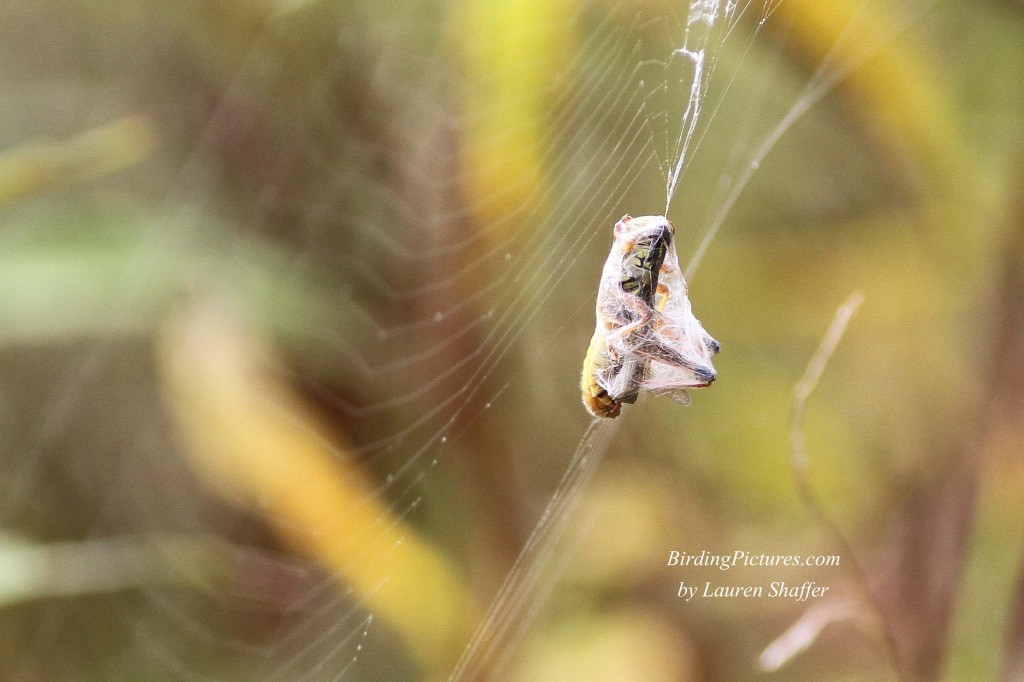 I was reminded of all this when birding a brushy area, and seeing the Garden Spider in action again.  I found it fascinating how the spider would wait out of sight until it felt a vibration on its web, then rush to immobilize the poor victim!  This was all well and good until I observed its next intended victim: a beautiful Monarch butterfly! 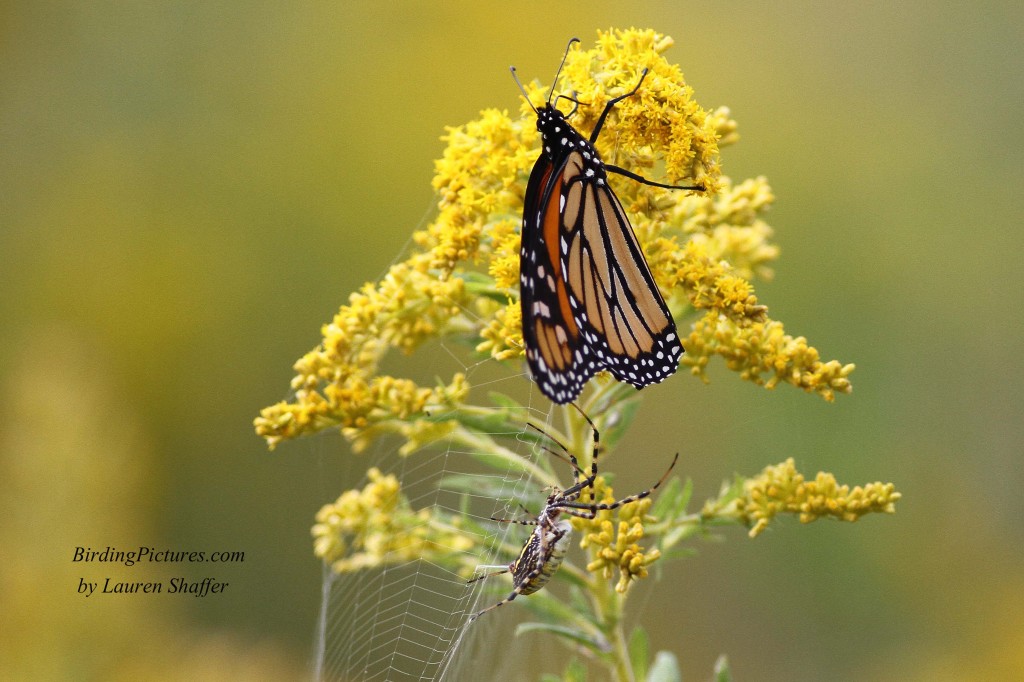 The spider had already crept up to the Monarch when I caught sight of it, and I had to cheer when the butterfly suddenly freed itself from its perilous predicament and flew away!