In case you haven’t heard, we are having an irruption year for Snowy Owls in the United States.  Not just an ordinary irruption year when a few owls come south; no, it’s a banner year!  A once in 50- or 100-year event!  And it’s happening mostly in the Northeast.  More information on the irruption can be found on the eBird site by Cornell University.  I haven’t seen one yet this winter, but I dug up my photos from a trip last February where we found 4 species of owls including Snowy.

The Pennsylvania Society for Ornithology (PSO) offered a field trip to Algonquin Park in Ontario, Canada, with stops along the way where northern species were reported.  We filled 5 cars with 21 people and ample coats, gloves, and hats to keep us warm in the -29 degrees up north, and we covered over 1500 miles.  We were in good hands with Wayne Laubscher who has made the trip multiple times.  Having eBird to consult along the way, with up-to-date sightings was an enormous help for planning daily stops.  Once we made our stops, hiked in to the area where an owl was reported, we scouted the area to look for our targets.  Several times we had given up and were headed back to the cars when one of the younger, more persistant, keener-eyed grad students gave a yell and called us back.  All in all, it was an incredible trip with multiple life birds!

Even though Snowy Owls have come south in large numbers this year, the other owls pictured here, and some other boreal species which I’ll post later, have not had an irruption year.  There is still plenty of time to see Snowy Owls this winter, but for now I’ll enjoy looking at these photo memories of these awesome creatures seen last winter. 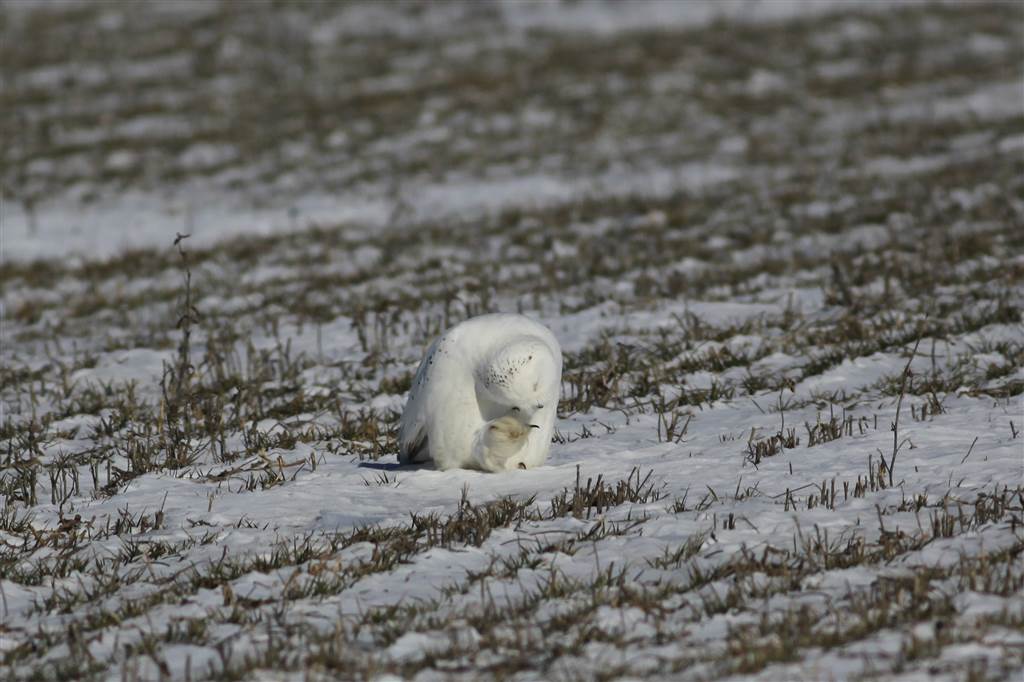 Look at the size of that foot! All the better to grab you with, my dear! Northern Hawk Owl is active during the day and prefers perching on a post or tree top to watch for prey. 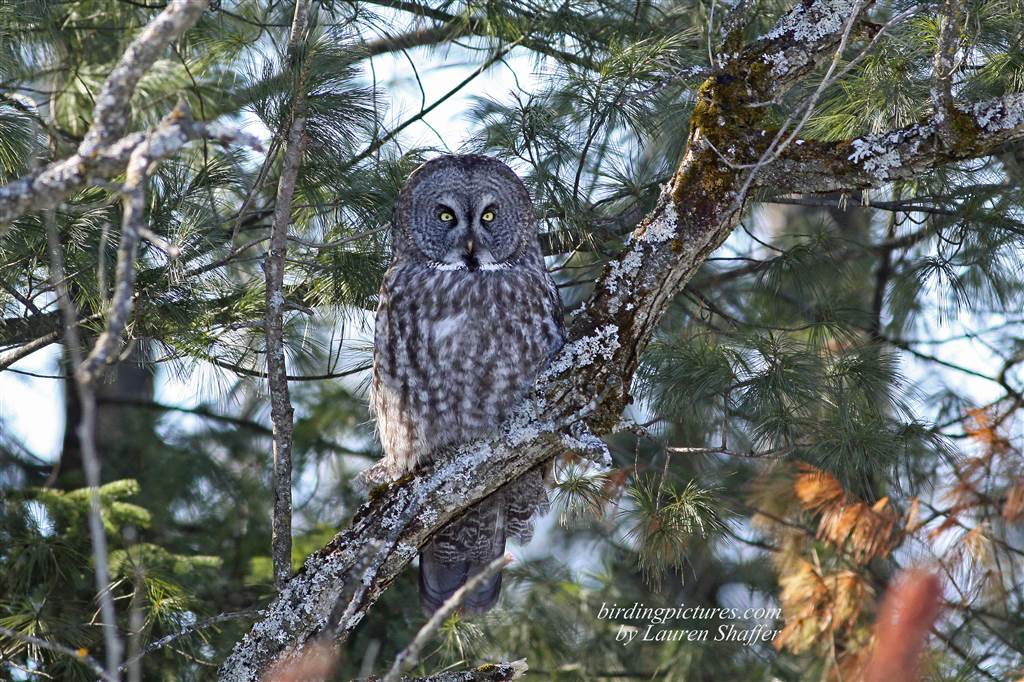 The Granddaddy of the owls we saw; even bigger by half a foot than the Great Horned Owl! 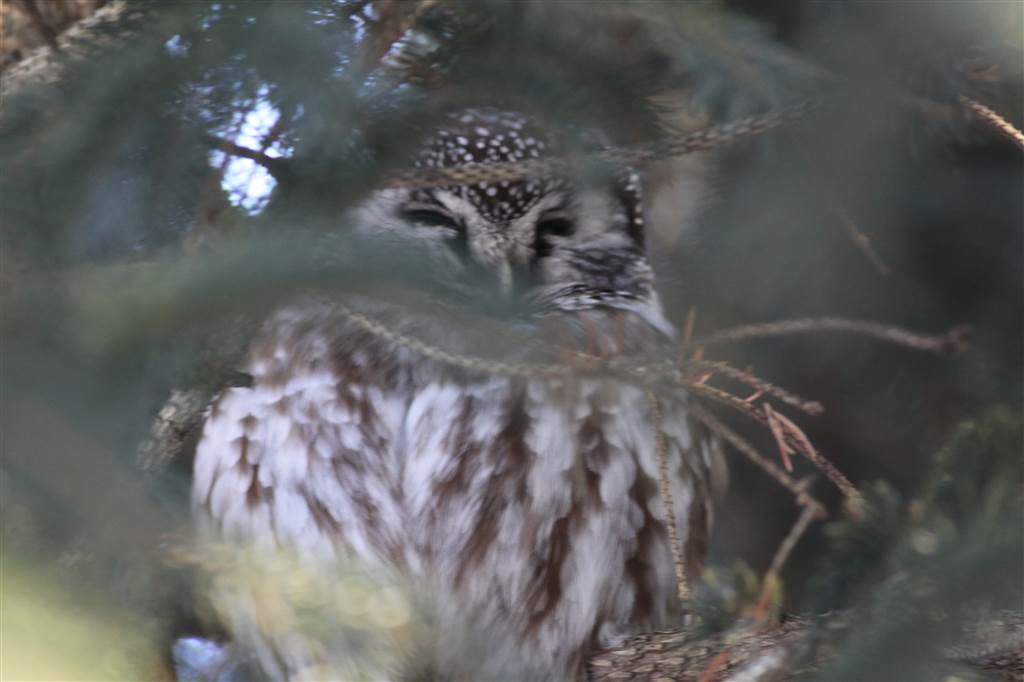 Rarely seen, even in Ontario. Tiny Boreal Owl hidden in the inner branches of an evergreen tree. Temperature shown on TV before we left the hotel for birding in Algonquin National Park!  Brrr!!!!! 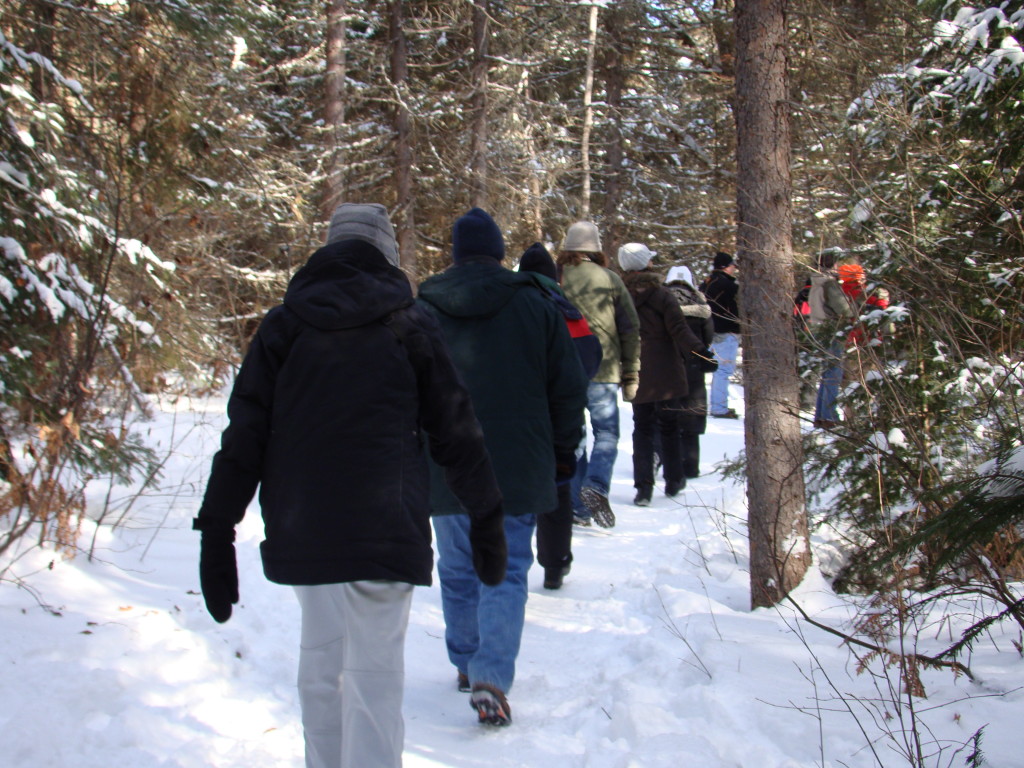