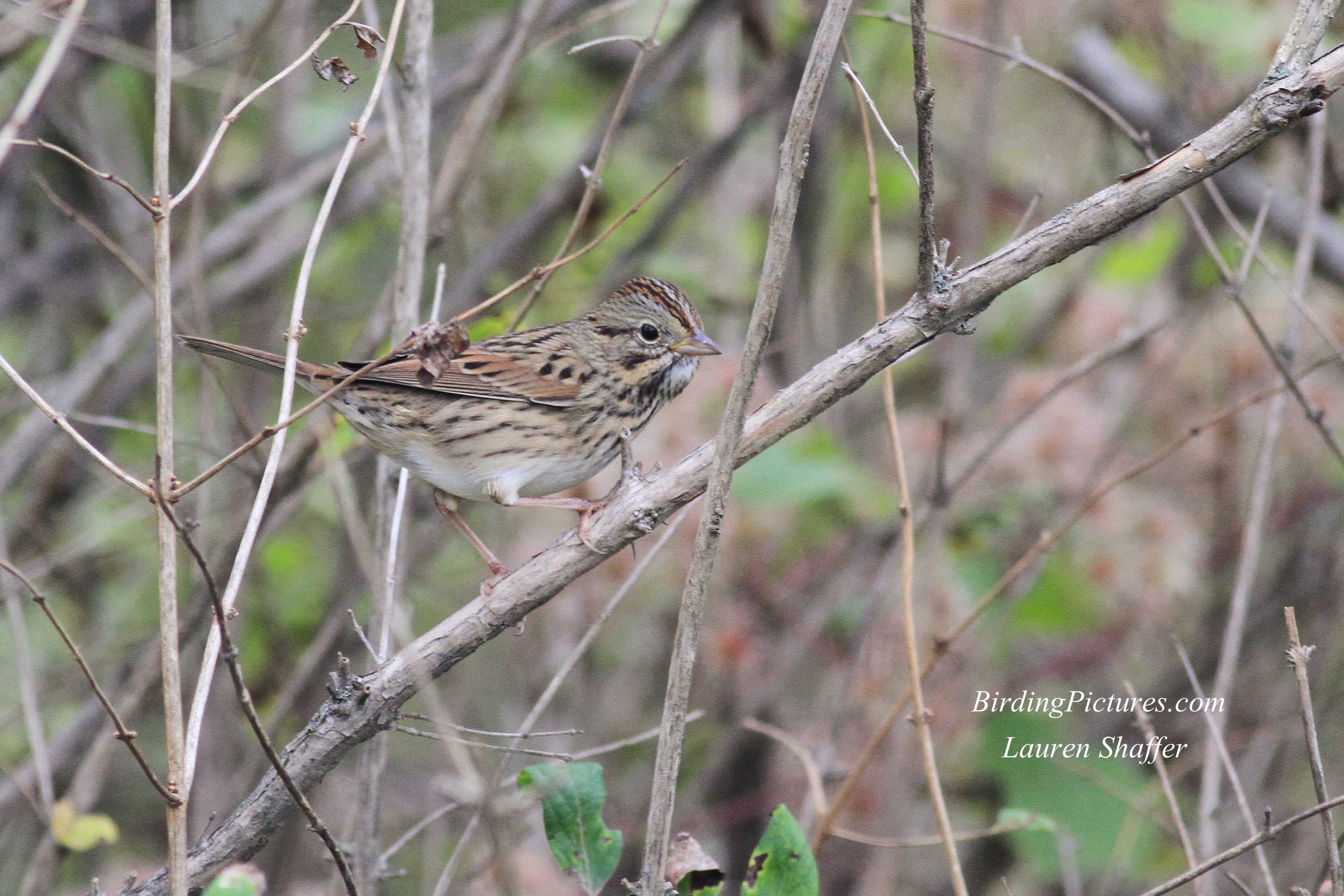 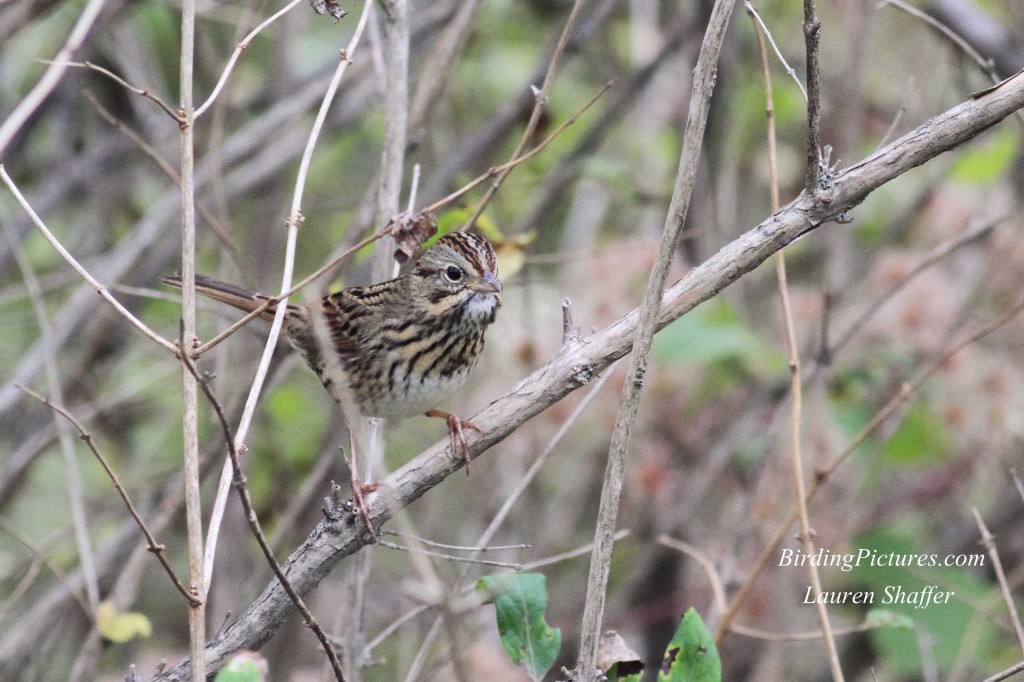 Lincoln’s Sparrow passes through most of the United States during migration, and is always a treat to see with its buffy chest and malars and its fine black streaks. They are just as variable as the other sparrows, as these next photos will show. You will notice very buffy, slighty buffy, finely streaked and heavily streaked birds. 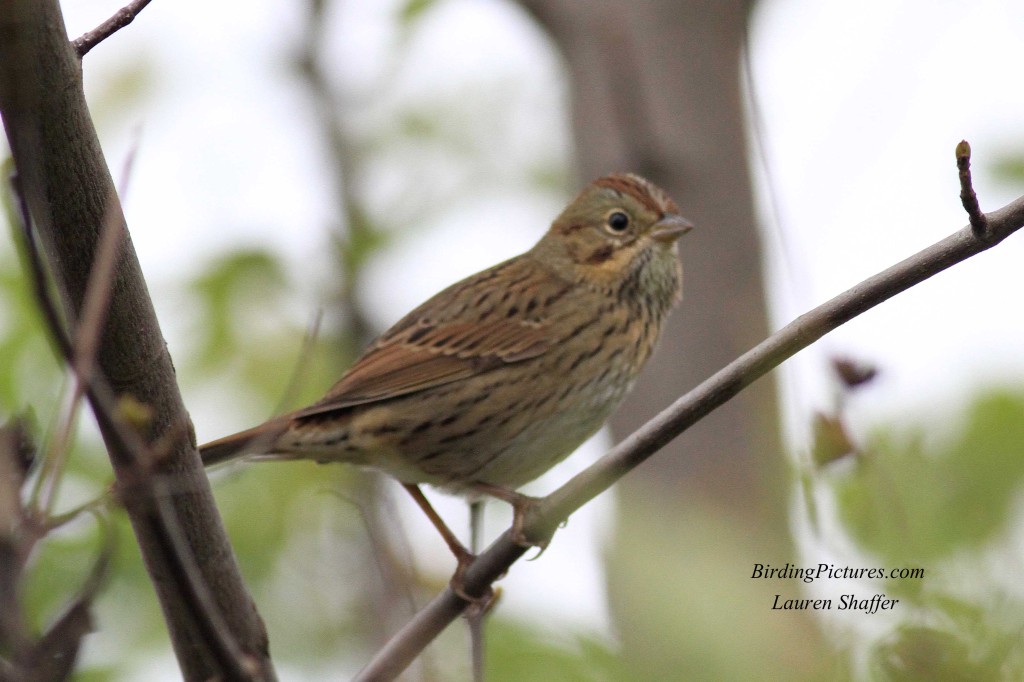 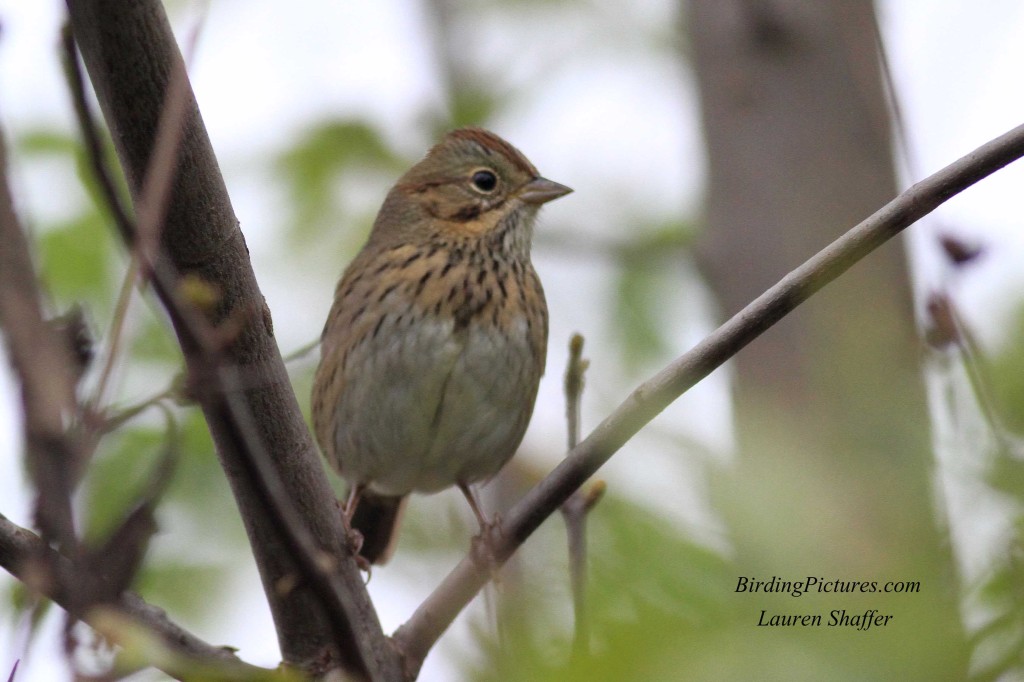 Just by pishing lightly or playing the song of the Song Sparrow, I found myself suddenly overwhelmed by curious sparrows of all types along with Common Yellow-throat, House Wren, and Catbird! 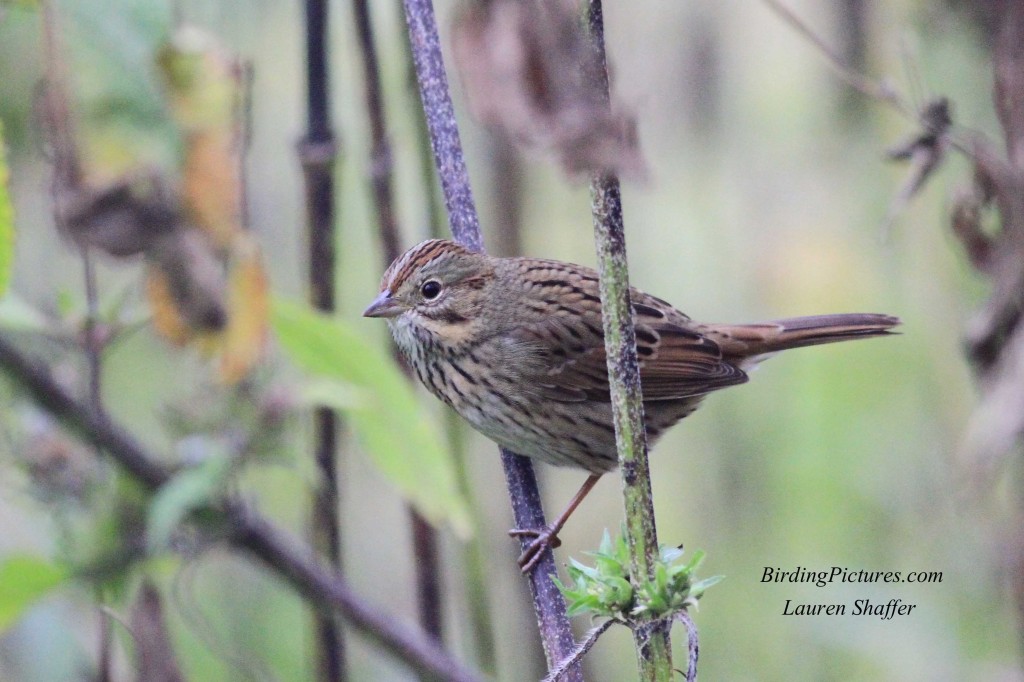 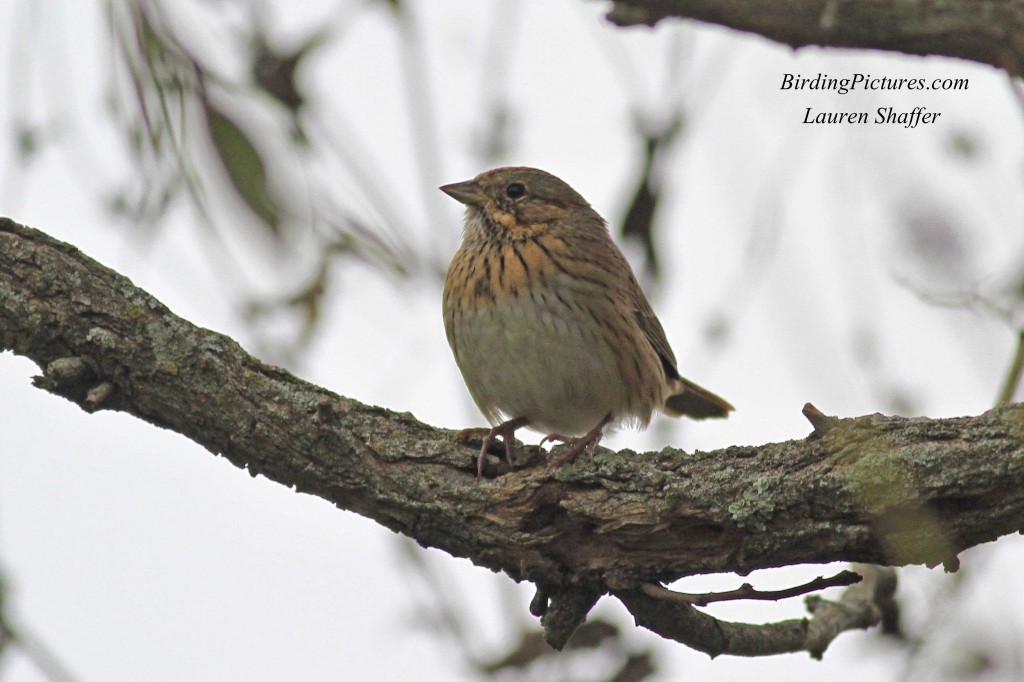 So where did the Lincoln’s Sparrow get his name? It came from a young man that John James Audubon had taken with him to help find new birds to include in his album. Cornell’s site, All About Birds, says

No sooner would it alight than it renewed its song, but we found more wildness in this species than in any other inhabiting the same country, and it was with difficulty that we at last procured it. Chance placed my young companion, THOMAS LINCOLN, in a situation where he saw it alight within shot, and with his usually unerring aim, he cut short its career. On seizing it, I found it to be a species which I had not previously seen; and, supposing it to be new, I named it Tom’s Finch, in honour of our friend LINCOLN, who was a great favourite among us. Three cheers were given him, when, proud of the prize, I returned to the vessel to draw it, while my son and his companions continued to search for other specimens. Many were procured during our stay in that country.”